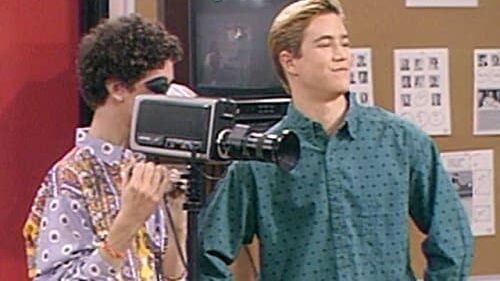 When you reflect on your childhood, what do you remember most? Redditor u/agentMICHAELscarnTLM asked, “What's something you can bring up right now to unlock some childhood nostalgia for the rest of us?” The internet responded, and these were the top-voted responses.

Redditor mayhemy11 stated, “Watching the Price Is Right when you were sick at home.” Another user, fuzzypeaches42069, admitted, “Oof… this one hit home. My grandma watched me when I was sick, and we'd watch The Price is Right together. She recently passed. I'm not tearing up; I swear, it's my allergies.”

Groundbreaking_Oil_7 summed it up best, “The TV Guide Channel. You had to sit through and watch as the channels slowly went by so we could see what was on. It blew getting distracted by the infomercial in the corner and then realizing you barely missed what you were waiting for, so you had to wait for it to start all over.”

Redditor zazzlekdazzle answered, “An eraser that looks and smells like a very fake strawberry.” PutinTheChimp added, “Now that made me think of the chocolate-smelling calculators.” Other mentions included Foohey Monkey Head erasers, Smencils, scented highlighters, and fruit stickers.

Mickthemouse answered, “When you'd watch a VHS, and it would say, And now your feature presentation.” Reddit user kame4prez added, “COMING SOON TO OWN ON VIDEO AND DVD.”

YodasChick-O-Stick stated, “The stupid candy manufacturers used elastic strings that tasted so bitter. The candy tasted nice, but you couldn't eat it without licking the string.” Dave30954 added, “It was intentional. The kids have to know not to eat the rubber band instinctively.”

IAlbatross admitted, “I would agonize over what books to get, lying on my living room floor, circling my options in different colored gel pens, narrowing it down to 2-4 from a dozen in an intense battle royale between slightly blurry one-line summaries.”

High_Jumper81 added, “We got the paper catalog the week before the Bookmobile showed up. Finally, each class had time to go in— a wonder in our small town.”

Nippon-Gakki stated, “We had Book It back in the 80s. You read a certain number of books and got a few tiny pizzas from Pizza Hut. So I read so many books and loved my tiny pizzas.”

Another user, helltothenoyo, answered, “Waking up super early on Saturday morning before the rest of the family to watch cartoons.” Emcees exclaimed, “With a GIANT bowl of cereal!”

JK_NC asked, “Remember the warm, fuzzy static left on your tv screen after it was on for a while? Movies and video games on channel 3.” Redditor cbeam1981 shared, “My mom would come home after work and touch the tv to see if it was warm and if it was and my homework wasn't done, I'd be in some deep manure!” Redditor jessybean added, “Rubbing your hand over the static then shocking your sister.”

FifteenDoctorPeppers “Each sold separately. Batteries not included.” Nippon-Gakki admitted, “I was thinking in that voice and then your comment. That's a burned-in memory if there ever was one.”

Redditor unicornchild15 added, “I remember it being sped up and trying to say it as fast as the guy on the commercial.” RechargedFrenchman said, “Also for many of us, E – A – Sports. It's in the game.”

Don LaFontaine was a voice actor who recorded over 5,000 film trailers. In addition, he recorded hundreds of thousands of video game trailers, television advertisements, and network promotions.

Squeakies added, “Hearing the last bell of the school year ring and all the kids yell and run out of the classroom. Then, playing outside that night, smelling the warmth of a late summer sun, and realizing you have a whole summer of that feeling ahead of you.”

Honorable Mentions: The Land Before Time, Flinstone Push-Up Pops, Otter Pops, Lite Brite, and waking up when it snowed and waiting for the TV to announce school closures.

What do you think? Did these Redditors unlock core childhood nostalgia for you? Check out the complicated history of the best-selling toy in the world, the Rubik's Cube.

Bugs for Dinner? Americans Still Resist the Best Meat Alternative We Have