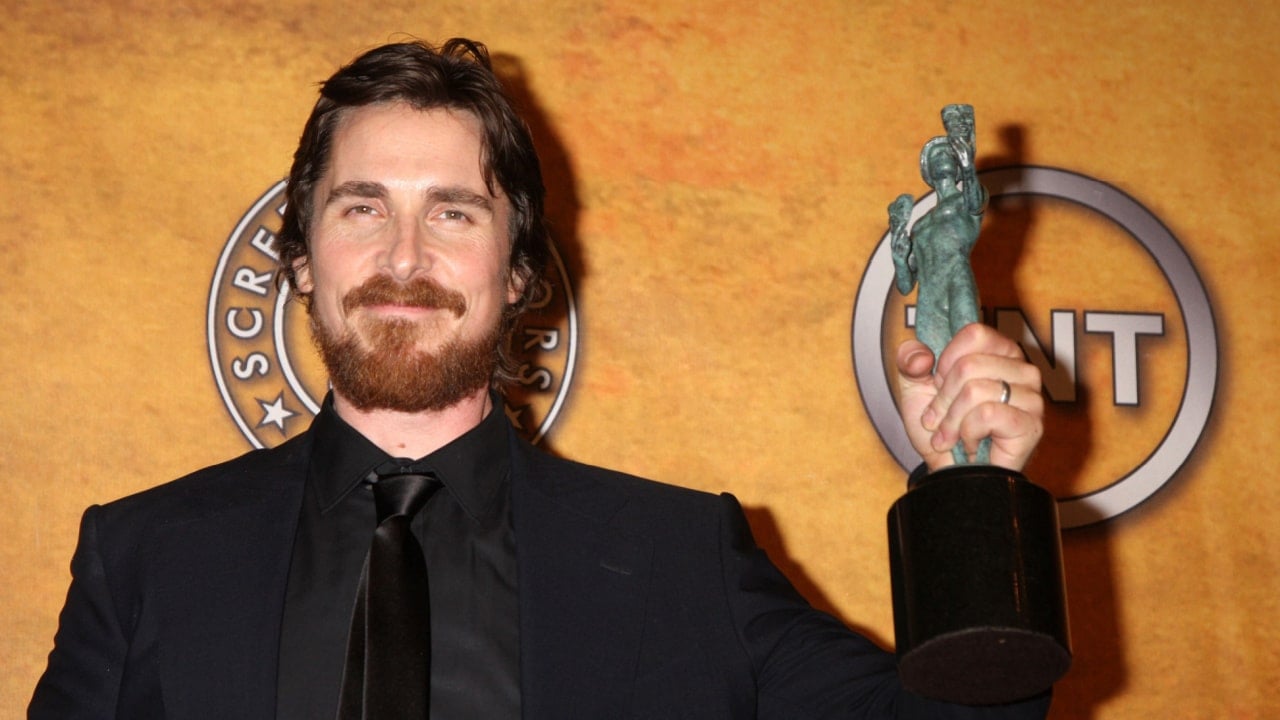 Christian Bale is an English actor (Welsh, technically) who made his first breakthrough appearance in Steven Spielberg's Empire of the Sun (1987) at only twelve years old. His portrayal of a boy living in Shanghai during the WWII invasion of Japan lives long in memory, and his subsequent rise has been astonishing.

His career since went up and down as he worked through various roles. But, from animated cats to Marvel villains, one thing Christian Bale guarantees his director is dedication, transformation, and method.

Christian Bale can be considered up there with the best as method actors go. The method-acting process involves actors putting themselves in the shoes of their (often real-life) characters. Typical techniques include changing their diets to gain or lose weight, spending time with their subject, or even learning a new trade to appear genuine.

Bale is no stranger to changing weight, learning new integrated skills, and embodying characters even when not on the call sheet. As with the best method actors before him: Robert De Niro, Meryl Streep, and Ben Kingsley, Bale is famous for remaining in character until the movie wraps. Subsequently, he often speaks in different accents when interviewed during a shoot.

In anticipation of another incredible transformative turn in the upcoming film Amsterdam, here are 10 of Christian Bale's most amazing character transformations ever.

This film is a dystopian psychological thriller set sometime in the future about an industrial worker suffering from severe insomnia. Bale lost 63 pounds for his role as a malnourished, waif-like machine operator who finds the lines between reality and daydreams a blur.

The Machinist came halfway through Bale's career, and fans of his previous work felt vindicated as the world finally took notice of his rare talent. However, it wasn't until Batman Begins (2005) that Bale truly cemented his A-list status.

Co-stars of The Machinist recall the actor sitting to dinner with them, asking them to describe the taste as he watched them eat. He was so disciplined in his regimen that he adopted a ‘black coffee diet', which consisted of one cup of black coffee, an apple, and a tin of tuna daily.

“I came up with the absolutely brilliant idea of just smoking cigarettes and drinking whiskey to lose weight,” said Bale in a G.Q. interview about his acting. As a result, he consumed only 200 calories daily, and the results are harrowing: sunken eyes and a skeletal frame that seems to float as he moves.

This transformation won Bale his first Academy Award for Best Supporting Actor and elevated him to the toast of Tinseltown. This time he plays D. Eklund, the half-brother, and trainer of former WBU welterweight boxing champion Micky Ward.

Bale prepared for the role by recording conversations with Eklund, who had a distinct and playful personality. Unfortunately, Eklund's years as a drug addict meant Bale had to shed weight to resemble an aging crack addict. Luckily for him, Bale had already been through a weight-cutting program for The Machinist.

The Fighter gave Bale a chance to show off his method, and David O. Russell commented in an interview that merely copying Eklund wouldn't suffice. “He has a whole rhythm to him, a music,” said O. Russell. “Christian had to understand how his mind works.”

The director and even Eklund himself were impressed by Bale's staying in character — like his hero, DeNiro — throughout the movie's shoot. Such an incredible performance justified his Oscar win.

It is never easy to play polarizing characters like former Vice President Cheney if you are a darling of the entertainment industry. Who would want to be associated with any politician, let alone one who controlled U.S. foreign policy for so long? Step forward, Mr. Bale.

Putting on middle-age spread for the role was easy, while the Cheney's are a spectacle in the movie; he somehow captures the 2000-2008 Veep's aura of intense humility that masks a sinister menace.

Brett Easton-Ellis's breakthrough novel about '80s decadence and Me-Generation exceptionalism captured the paranoia of the Y2K generation. The novel was a work of art, charting the story of Patrick Bateman, an arrogant Wall Street investment banker who dabbles in killing on the side.

This film makes it onto the top spot of Christian Bale listicles everywhere for a good reason. Some argue American Psycho is his career-best performance. Bale, with slicked-back hair, an Italian suit, and a sharp ax, is irresistible.

Bale didn't receive an Academy Award nomination for this film. Strange, considering how he made Bateman's character so memorable. His next run of movies included Laurel Canyon, Reign of Fire, and Equilibrium, none of which made any box-office headlines. Bale should have been catapulted to the top sooner, but this delay paid off in the end: he spent the next decade honing his craft.

It is hard to choose one of the three Batman franchise performances — Bale is so good in each. However, The Dark Knight catches him in his first complete transformation as the Caped Crusader.

Batman Begins is the first phase of his metamorphosis. This film also followed The Machinist, which meant Bale gained over 100 pounds of muscle mass in six months.

Some may argue Bale is not the best Bruce Wayne; this is a weak criticism because the Wayne character is secondary to his alter ego. Sure, Michael Keaton is the preferred Batman for some Gen-Xers due to his Bruce Wayne, though the younger Bale holds his own in this arena.

Bale's Batman is incredible. His graveled rasp is infamous — true fans know he is hiding his voice to protect his identity. He's Batman, after all.

Maybe the other acting heavyweights in the movie (Michael Caine, Maggie Gyllenhaal, and Aaron Eckhardt) bring out Bale's inner superhero. However, Heath Ledger's spellbinding Joker must have upped Bale's game with this transformation.

The actor starred in this film off the back of his new-found Batman success (sidenote: is the Batman role now the James Bond of superheroes?) with Harsh Times, an excellent low-scale film set on the backstreets of South Central LA.

In this performance, Bale turns up the darkness dial with a character that doesn't need prosthetics or makeup for transformation. He plays ex-Army Ranger Jim Davis, who returns to LA. as he awaits an entry exam for the L.A.P.D. Bale fashions a morally corrupt maverick, clearly traumatized by his days in combat yet hellbent on causing as much mayhem as he can.

He and his unemployed buddy Mike — Freddie Rodríguez — embark on a day of cruising the streets, ripping off drug dealers, and weaving a web of self-destruction that would make The Joker shudder. The level of rebellious contempt in Jim's character throughout the film is something to behold.

Director David Ayers said in an interview, “The final shot; we wrap and, all of a sudden, it's Christian Bale again. I realized the guy I thought I was hanging out with for the past month-plus didn't exist. It was really weird, shocking, amazing, frightening.”

No doubt. Bale met Ayers when auditioning for Training Day, with the role going to Ethan Hawke in the end. Luckily for Ayers, Bale was available for what would become one of his most underrated roles.

Like his preparation for Vice, American Hustle came with familiar territory for Christian Bale. He put on 43 pounds — causing a severe back injury — for his portrayal of Irving Rosenfeld, a '70s New York conman based on real-life con artist Mel Weinberg. Weinberg became an F.B.I. informant famous for bringing down a large corruption racket of politicians in the ‘Abscam' sting operation of that decade.

In this movie, Bale is yet again utterly convincing, staying in character with a flawless five-borough accent, a terrible comb-over, and a gut bulge that pushed him to his body's limit.

Bale had to find his best acting range to become the thick-set, quick-tempered Jewish character.

“At one point I said enough already,” director David O. Russell said in a USA Today article after the film's release. “He lost three inches of height and even got a herniated disc.”

Russell teamed up with Bale after his outstanding performance in The Fighter and knew what sacrifices he would get from the versatile actor. So it is no surprise Bale received more award nominations for American Hustle. Not only is it a strong performance, but it is easy to forget there is a lithe Englishman underneath all those layers.

The Big Short was a breakthrough movie for comedy directing and writing heavyweight Adam McKay, venturing into more grown-up material than his previous work. The movie adapted the best-selling book The Big Short: Inside the Doomsday Machine into a dark comedy-drama about how the 2008 Financial Crisis evolved.

Bale was part of a stellar cast, including Brad Pitt, Steve Carell, and Ryan Gosling, with cameos from Margot Robbie and Anthony Bourdain. Even though Bale has fewer minutes than the other main characters, he manages to steal the show as Dr. Michael Burry.

Bale shows Burry's propensity for solitude, death metal, and drumming tirades in his office. He carries off his sense of cold detachment from humanity, melding it with Burry's lack of social skills — and a really bad haircut — to complete yet another memorable conversion.

By now, Bale was at the peak of his powers as a bankable star, commanding huge fees and getting films green-lit all around him. But, of course, the other perk of being so bankable is the choice of roles you now have.

In 2019, Bale chose to play Ken Miles, the celebrated racing car engineer and eventual driver famous for driving the Ford GT to success throughout the '60s. When choosing the role, his mandate was simple, as he explains in a video interview.

“How do you get an audience who may never have gone around a racetrack to try to understand the thrill these men get, says Bale. “The feeling of being alive in such a raw manner that they do it in spite of the fact they are very likely to die.”

It is a good question and one that he answers in his performance of the wiry Engish Midlander, who was posthumously inducted into the Motorsports Hall of Fame in 2001. This role didn't involve a physical shapeshift; he embodies Ken Miles' combative, stubborn persona with relish. He even sports a dusty, desert sunburn, no doubt something he worked on for the role.

Bale jumped into the Marvel Universe this year when he starred in the fourth movie installment of the world's favorite Nordic superhero, Thor: Love and Thunder. It worked very well: the actor again went to a very dark place as Gorr the God Butcher, and he mesmerized in this film.

Natalie Portman, who co-starred with Bale, said when asked about working with him, “It was terrifying whenever he was in character. The children would run screaming. He has a very, very, very scary look, in addition to, of course, his excellent acting.”

Strangely, Bale didn't stay in character for this movie, which alarmed some cast members in between shots. However, he spent four hours a day in prosthetics and makeup, so maybe this is forgivable. Certainly, his performance as Gorr remains one of the best in Marvel canon.

It will be interesting to see what roles Bale accepts in the future; he has achieved almost everything possible. So, his fans must hope the Oscar for Best Actor cannot be far away.

T-Mobile Could Owe You Money From Their $350 Million Settlement

Do You Qualify for a Cut of The $20 Million Robinhood Settlement?