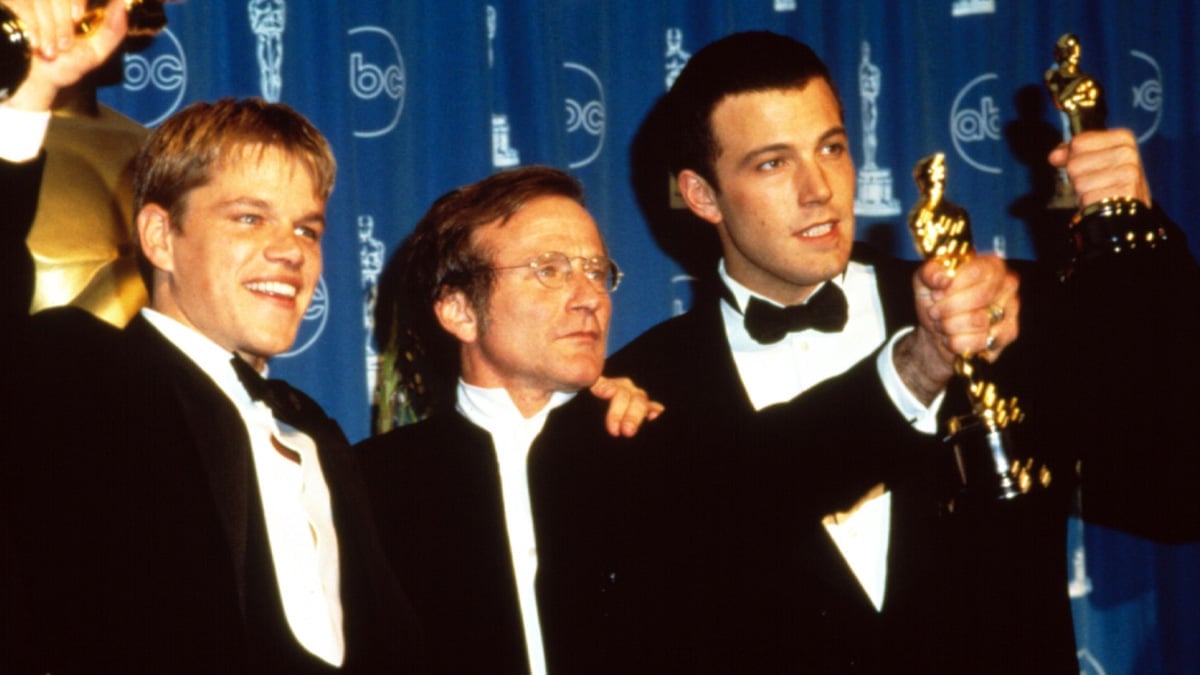 These films are mostly cult classics that helped shape the nineties and are Redditor's picks for movies all teenagers should see for that decade.

Wayne's World and Wayne's World 2 (1993) are iconic nineties films that delivered several memorable quotes and their unique lines, “Ex-squeeze me? Baking powder?”  It also introduced a new generation to Queen's “Bohemian Rhapsody” (1975). The song charted at No. 1 on the U.K. charts and No. 9 on the U.S. Billboard Hot 100.

Robin Williams, as Mrs. Doubtfire, belongs in everyone's life. It's a hilarious story that involves Williams getting divorced and having limited visitations with his kids.  So he dresses up as an old English woman and becomes their nanny. “It was a run by fruiting!”

My Girl is a coming-of-age film with one of Hollywood's most famously gut-wrenching deaths.  It follows an 11-year-old girl during the summer of 1972 in Madison, Pennsylvania. It's filled with great music, eccentric characters, and several life lessons.

Alriiiiighty then! Ace Ventura is Jim Carrey‘s breakout and a significant film of the decade. Ace is a freelance pet detective hired to find the Miami Dolphins' mascot, Snowflake.  He's an eccentric goofball with an affinity for animals, Hawaiian shirts, and outwitting the Miami Police. Ace Ventura: When Nature Calls is an example of a sequel surpassing the original to many.

Encino Man is a cult classic, and Pauly Shore (Son-in-Law) is at his best. Brendan Frasier (The Mummy) and Seth Astin (Stranger Things) co-star in this high school story about two outcasts searching for popularity.  They find a caveman buried in their backyard. After unthawing him, they clean him up and take him to school.

The Sandlot is a coming-of-age sports comedy that follows a group of young baseball players during the summer of 1962.  It's a perfect movie for teenage sports fans. The film co-stars Denis Leary and James Earl Jones.

Kindergarten Cop tells the humorous story of an undercover cop (Arnold Schwarzenegger) pretending to teach Kindergarten.  He's there to locate the son of a dangerous criminal he's battled to lock up, so he can offer him and his mother protection.  Schwarzenegger takes a group of rowdy kids and gets them into shape with a whistle and police drills.

10 Things I Hate About You belongs on any 90s movie list. It's a teen romantic comedy starring the late and great Heath Ledger (The Joker).  Cameron (Joseph Gordon-Levitt) finesses bad-boy Patrick (Ledger) to date Kat (Julia Styles) so that he can hang out with Bianca (Oleynik), whose father has strict rules. It's a tear-jerker but a nineties staple.

Titanic documents the true story of the RMS Titanic's maiden voyage and sinking. It’s one of the decade's most influential films.  James Cameron did a phenomenal job ensuring that everything around the teenage love story was accurate. Down to the White Star Line symbols on the silverware.  The love story between Jack (Leonardo DiCaprio) and Rose (Kate Winslet) was a pop culture phenomenon. Teenage girls were going to see the movie over and over again. And everyone fell in love with Jack.

Again, go ahead and pick the sequel up, too, for a fun double feature. The Mighty Ducks is an inspiring story about a man court-ordered to coach a youth hockey league.  The team isn't great, but he grows into his role and creates a dynamic team. The movie has life lessons about teamwork, perseverance, and overcoming adversity.

13 Surprisingly High-Paying Jobs That Nobody Wants To Do