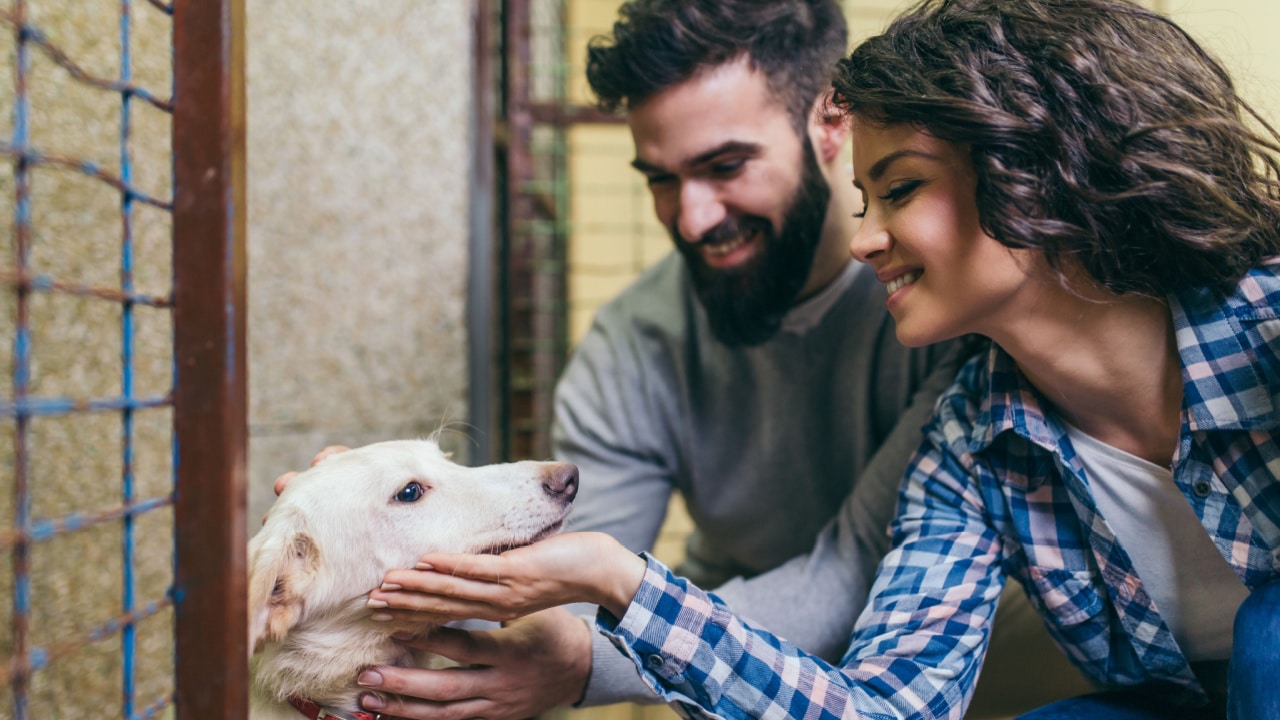 For the past few years, the month of August has been designated “Clear the Shelters” month – with animal shelters, both public and private lowering or even eliminating traditional adoption fees for dogs and cats. The name says it all – too many pets for many shelters to handle, creating financial burdens as fewer and fewer euthanize the animals.

Clear The Shelters is a nationwide pet adoption and shelter donation campaign held annually during August. It is spearheaded by NBCUniversal Local, a division of NBCUniversal. Each year, NBCUniversal Local’s NBC and Telemundo-owned stations across the country team up with animal shelters and rescues in their communities to host this event.

Stations not directly owned by the corporate giant are also encouraged to participate, creating a nationwide push. This past August was very successful in many parts of the United States, but it doesn't take long for dog and cat (and even some reptile) beds to fill up again.

So for 31 days, the cost drops, in hopes that many of the helpless animals at cash-strapped shelters will find new, loving homes.

How Did Clear the Shelters Begin?

IAS is located in the same building as the Dallas Fort Worth Humane Society, and the two organizations work together. Every month, the organizations ran semi-successful events. Price started wondering how she could get more publicity for their August event, ‘Empty the Shelters. ‘ She consulted with Irving's City Communications Manager, Meribeth Sloan, and they brainstormed about adoption promotion and came upon a plan.

Sloan told Price that if they could get enough shelters to participate in a mass event, the local NBC might do free publicity as part of its “Texas Connects Us” initiative.

Price then got to work contacting shelters in the media market, and in two weeks, she had recruited 33 shelters to participate.

Their first event occurred on August 16, 2014, under the name ‘Empty The Shelters,’ and was more popular than they expected. Expansion was in order.

The first nationwide event occurred on August 15, 2015, under the name ‘Clear The Shelters.’ That year, over 18,000 adoptions were recorded by roughly 400 participating shelters throughout the country.

While the adoption part of the event is standard, some shelters have a one-day, fee-waived event, while others charge a reduced fee instead of a fee-waiver or make it a multi-day event.

Back in 2017, Price explained, these events work better during the summer because that is when shelters are more full. During the spring and fall, animals reproduce, and so during the spring, those kittens and puppies get older.

Typically, kittens and puppies have to be a minimum of eight weeks old to be adopted.

Emma Thompson, a general manager at Jaxery, shared her story.

“The shelters we visited were… busy and over-run,” Thompson said. “For me, I benefit from the love of a new animal and the reward of knowing I’m helping to achieve a bigger goal to clear shelters.”

Thompson said that her experience with the shelter was positive.

“I dealt with people who love animals and want the best for them. This is a rewarding experience for all sides, and dealing with shelter volunteers, you get lots of honesty,” Thompson said.

Thompson adopted her fifth dog – a schweenie, a cross between a dachshund and a Shih Tzu during the August event.

“We kept his name of Whiskey, and my only cat loves dogs,” Thompson said.

Regardless of when you want to adopt a pet, there are several resources out there. Of course, there are shelters dotted all across throughout the country. But before you start driving all over the place – especially with current gas prices – there's an app for that!

WeRescue allows users to browse for adoptable pets in their area by breed, gender, size, and other factors. Users can also submit their adoption applications and ask questions through the app directly to the shelters.

There are always pets waiting for new homes.

Make a Donation to a Local Shelter

Most shelters are set up to take online donations through partners like Greater Good Charities and The Animal Rescue Site, which host the fundraising and often cover all transaction fees. This is done so 100% of the donations go directly to shelters and rescues in need.

Online donations can also be made to participating shelters or rescues during the campaign at ClearTheSheltersFund.org. During the August campaign, donations were matched, but shelters can always use some extra dollars to make sure the animals and facilities are kept in tip-top shape.

DJ Khaled’s Net Worth Will Leave You Speechless

The Best 80s & 90s Movies That No One Discusses But Should