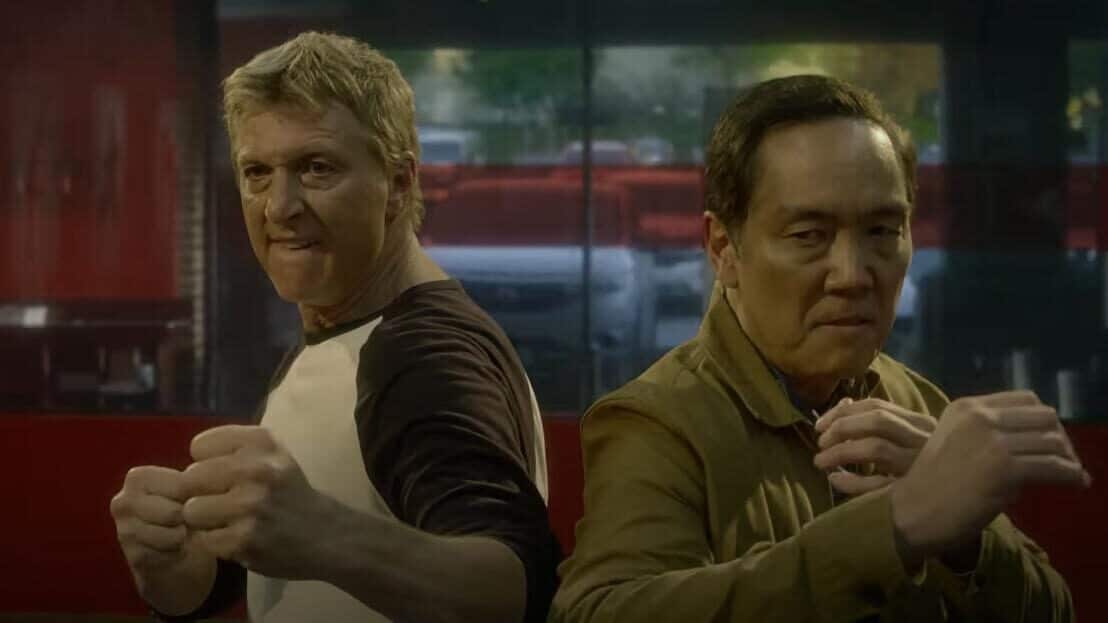 Cobra Kai season 5 packs a punch with a whole lot of drama, action, and shocking returns. This season doesn’t hold back and proves itself to be the best season yet. All ten episodes have strong writing, epic showdowns, and surprising twists. This season is not messing around and helps to solidify Cobra Kai as one of the best series of all time.

Cobra Kai started as a YouTube Red series before being picked up by Netflix and developed into something truly special. Not just for Karate Kid fans, this series introduced many to this world and its inhabitants. Cobra Kai started off addressing the never forgotten rivalry between Johnny and Daniel but has now developed into so much more. Not only have many other fan-favorite characters returned, but there have also been multiple storylines involving the younger generation who have joined the rival dojos.

The end of season 4 left off on a massive cliffhanger, with Tory discovering that Terry Silver paid off the referee so she would win the All-Valley Tournament. Season 5 quickly addresses this, which is very much appreciated. All too often it takes half a season to resolve a cliffhanger, but Cobra Kai tackles it almost immediately in this new season. Not wanting too much time to have gone by, it picks up just about where it left off, and takes place over summer break.

Meanwhile, Across the Border

At the start of Cobra Kai season 5, Miguel is in Mexico looking for his father. Johnny is going after him at Carmen’s request (and has brought Robby along with him). Chozen is a houseguest of Daniel’s, and Miyagi-Do is preparing to close its doors per the terms of the agreement. Trust us when we say, this is only the beginning. This season gets insane, with twists and turns around every corner. There is a lot to unpack, but it plays out extremely well thanks to the smart writing and incredible acting. While there are certainly some plot points that feel unnecessary, at least they all come together wonderfully in the end.

One of the best things about Cobra Kai season 5 is that there are multiple epic fights. These battles are massive, largely in part thanks to the growing number of karate students. The stunt work is incredible. These scenes really play into the strengths of the cast, and the stuntmen and stuntwomen. Not one of them looks messy or fake – and they are all insanely entertaining. There is literally a fight over who has the rights to a water park – so they are certainly not messing around when it comes to putting in the action.

In the past, the biggest issue has been not spending enough time with either the kids or the adults, but season 5 gives fans the perfect combination of the two. Both sides have captivating and compelling stories, that crossover and tie into each other occasionally. There are callbacks to previous seasons and the original film franchise, as always. The final episode of Cobra Kai season 5 includes a strategy that was learned earlier in the season in the most perfect way, which is a testament to the brilliant writing of this show.

Cobra Kai has always been full of heart, but this season has a few moments that will have viewers wiping away their tears. Seeing just how far all these characters have come is inspiring and beautiful – Johnny in particular. It is impossible not to be connected to them after having spent so much time with them.

Even though there are ten episodes, each clocking in around forty minutes, Cobra Kai season 5 is an easy binge. The only downside to this is that once you are done, you are done. However, there is a huge re-watchability factor here because this season is just so darn good.

All ten episodes of Cobra Kai season 5 dropped on Netflix September 9th. Season 6 has yet to be greenlit, but with a series that just gets better and better, fans are holding on to the hope that Cobra Kai will never die.

Andor: Past is Prologue in the First Three Episodes