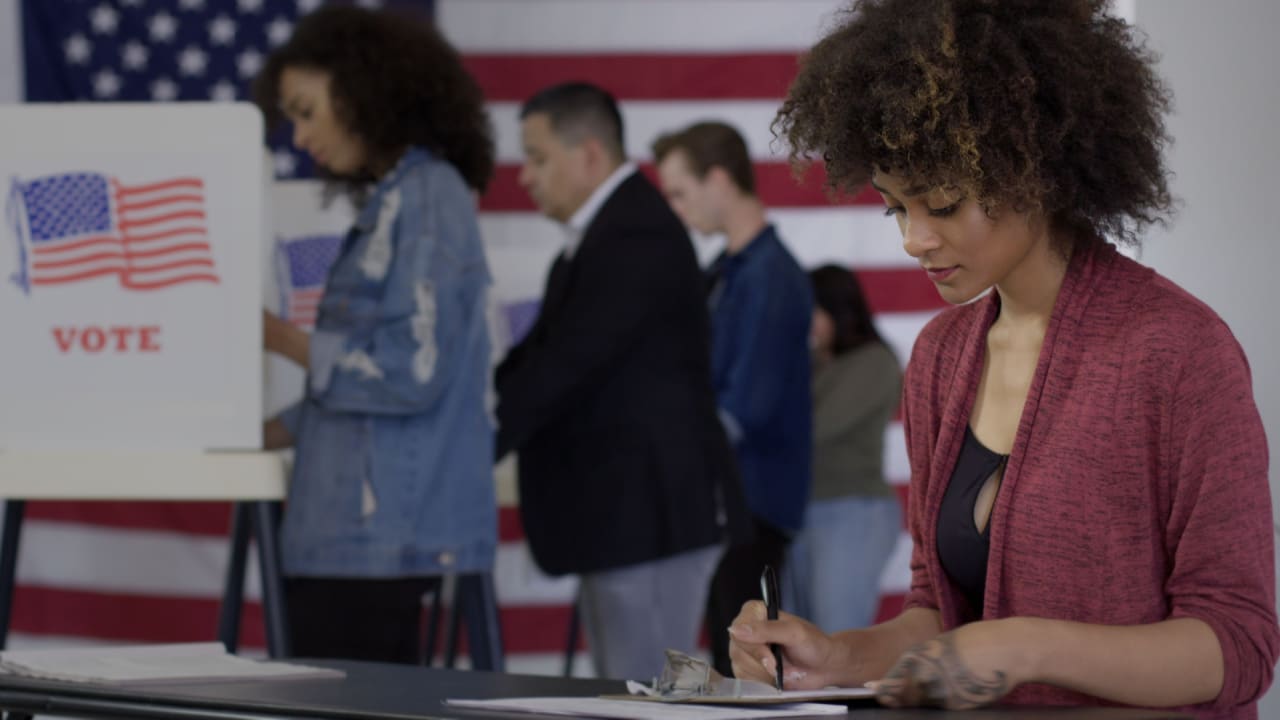 Colorado residents have the opportunity to vote on the decriminalization of psilocybin and other psychedelics on November 8. The Federal government classifies psilocybin as a Schedule I substance, along with drugs like cocaine and heroin.

Ballot Initiative 58 introduces The Natural Medicine Health Act (NMHA), which would decriminalize the personal use of psychedelics like psilocybin (magic mushrooms), dimethyltryptamine (DMT), ibogaine, mescaline (excluding peyote), and psilocin for those over 21 in the state of Colorado.

Adults over 21 could use, grow, and gift psychedelics without fear of legal repercussions. However, nothing is in the measure to permit businesses to sell recreational psychedelics to the general market.

The measure also proposes that these specific psychedelics be legally classified as natural medicine. That means authorized treatment centers would be permitted to distribute psychedelics in a therapeutic setting. Many studies point to the usefulness of natural psychedelics and their medicinal effects in combating mental health conditions like Major Depression, Anxiety, and Post Traumatic Stress Disorder (PTSD).

Additionally, those who were previously convicted related to charges of personal use or possession of these psychedelic substances would be able to get their court records sealed after filing a successful petition.

For Colorado residents, voting “yes” means you support the measure to decriminalize psychedelics and classify them as natural medicine. Voting “no” means you’re in opposition to the proposition.

In 2020, Oregon was the first state to pass a law similar to Colorado’s NMHA. Ballot Initiative 109 had a similar statement about classifying psilocybin as natural medicine. The initiative allowed the Oregon Health Authority to create a network of licensed mental health providers authorized to use psilocybin in therapeutic treatment with patients. At the same time, Oregon residents voted on another measure that decriminalized the possession of a specific amount of psilocybin and LSD.

Following Oregon’s legislative change, cities and municipalities across the United States began to decriminalize the possession of psilocybin or at least decrease policing priority on magic mushrooms. Denver, Colorado, became one of these jurisdictions in 2019 when a slim margin approved Ordinance 301. 50.64% of voters supported the initiative, while 49.36% opposed it.

Activists fight for the decriminalization of psychedelics for several reasons. Numerous studies show that psychedelics like psilocybin and DMT are not addictive and are generally much less dangerous than our culture portrays them. On the federal level, psilocybin is classified as a Schedule I Substance by the Drug Enforcement Administration in 1970 prior to the War on Drugs piloted by Nixon-era conservatives.

Prisons are filled with people who were convicted for low-level drug charges, and it’s no secret that black and brown people are predominantly targeted for these arrests over white people.

Advocates for the decriminalization of psychedelics in Colorado this November believe in the widespread positive impact of decriminalization on public safety. Activist and co-proponent of Colorado’s other ballot initiative to decriminalize psilocybin (Ballot Initiative 61), Melanie Rose Rodgers, tweeted on September 1, 2022, in honor of International Overdose Awareness Day. “The number of people that I’ve lost in my lifetime to accidental overdose is too many to count. I’m an advocate for nature-based therapeutics. We need solutions like safe use sites, community resources, less policing of drug users. Overdose is a public health issue.”

While Rodgers whole-heartedly supports decriminalizing psilocybin and other natural psychedelics in Colorado, she and other organizers from Decriminalize Nature Colorado vehemently oppose the NMHA and encourage Colorado residents to vote “no” on November 8. The volunteer-run organization’s Ballot Initiative 61 proposes the decriminalization of entheogenic plants and fungi but stops short of setting up a legal framework for psychedelic medical care.

However, you won’t see Ballot Initiative 61 on the official ballot because it did not receive enough signatures. This is according to Rodgers’ co-proponent Nicole Foerster’s statement during a press conference on August 8.

Why Critics Oppose the Nmha

Rodgers and Foerster, among other activists for equitable drug legislation, believe that the problem with NMHA is the push to legalize the use of psychedelics for medicinal use. Ballot Initiative 61, if it were to have made it onto the ballot, would have asked voters to consider decriminalizing psychedelics without the added therapeutic legalizations.

Activists like Rodgers fear that setting the groundwork for legal avenues of acquiring and selling psilocybin, will quickly turn into companies flipping psychedelics for profit under the guise of mental health care.

“We decriminalized in Denver only, but now all the sudden, two years after the pandemic, there’s this whole chance to legalize, and I have huge concerns over that. One is the amount of out-of-state-funding and influence that is driving Initiative 58,” Rodgers told Tiney Ricciardi from the Denver Post. “It’s opening the floodgates for corporations to come to Colorado to open their bougie life and healing centers.”

On the flip side, others oppose the NMHA because they firmly believe that psychedelic drugs are harmful and dangerous.

Connie Boyd, a Denver resident, shared her fears with CPR after learning about the new ballot initiative. “My fear is that [Colorado is] going to legalize mushrooms, and ten years from now, there’s going to be a bunch of really sick people,” Boyd said. “And the state ten years from now is going to say: ‘Oh, gee, we’re sorry.’”

Those who oppose decriminalizing psychedelics argue that decriminalization will lead to increased drug abuse and dangerous side effects. According to Medical News Today, consuming psilocybin comes with risks that can be dangerous.

Psilocybin can cause some users to feel intense fear and paranoia, and even experience delusions and temporary psychosis. Typically, these effects wear off after 6 to 8 hours.

However, for some, taking magic mushrooms can cause a mental health condition called hallucinogen-persisting perception disorder. Medical News Today reported, “Some people who take psilocybin may experience persistent, distressing alterations to the way they see the world. These often take the form of a visual flashback, which is a traumatic recall of an intensely upsetting experience. People can continue to experience flashbacks anywhere from weeks to years after using the hallucinogen.”

Because of these risks, opponents to decriminalization are wary of passing a measure that will help people escape punishment, and therefore be more likely to use psychedelics without considering the costs.

Mental Health Benefits of the Nmha

Proponents of the NMHA argue that passing the ballot initiative will make the use of psychedelics safer because of carefully crafted state regulations.

According to the Natural Medicine Colorado Website, “pioneering research from leading medical research institutions such as Johns Hopkins, UCLA, and NYU finds that some psychedelic therapies can be twice as effective as antidepressant medications in treating depression and anxiety. The FDA has designated psilocybin, a natural psychedelic medicine, a “breakthrough therapy” for treating depression – meaning it may demonstrate substantial improvement over what’s currently available.”

These breakthrough therapies show signs of treating people with mental health issues who haven’t found successful treatment through other avenues. According to the Colorado NMHA website, “Studies show that natural medicines can help veterans struggling with PTSD, patients dealing with a terminal illness, and people experiencing depression and anxiety — offering healing and hope where other treatments have failed. The Natural Medicine Health Act would create regulated access to these breakthrough therapies for adults 21+.”

Studies like the recent research conducted by ARK Invest support these claims. In the conclusion of their August 31 research article, they said, “We believe psychedelics could usher in a new era of neuroscience in which the insights gleaned through functional neuroimaging over the last twenty years will be leveraged to solve some of the long-standing public health issues associated with mental illness.”

Financial Support for the Nmha

Other than policy, the most significant difference between the NMHA ballot initiative and the proposed Ballot Initiative 61 is its supporters. Ballot Initiative 61 didn’t get enough signatures to make it on the ballot, which means Colorado voters’ only option regarding decriminalizing psychedelics will include the therapeutic component.

Decriminalize Nature Colorado is a volunteer-based organization, so gathering signatures was daunting. On the other hand, NMHA received vast support from a Washington, D.C.-based Political Action Committee (PAC) called New Approach PAC. They were responsible for funding the campaign for Oregon’s initiative 109 in 2020. According to the award-winning podcast City Cast Denver, New Approach PAC dished out over $2.3 million to a Utah-based political organization called Landslide Political to gather over 200 thousand signatures before the deadline.

But who are the donors behind the New Approach PAC, and what are their motives?

One of the most influential donors who funded the Oregon Initiative 109 and the NHMA in Colorado was the CEO of Dr. Bronner’s Magic Soaps, David Bronner.

Bronner told hosts of the award-winning podcast City Cast Denver that he supports NHMA because it helps older generations accept the idea of decriminalization. “Most of the psychedelically naive population is not comfortable [with decriminalization],” Bronner shared. “Like, for instance, our parents’ generation. You can’t say, ‘we’ve decriminalized mushrooms; here you go!’ You need a therapeutic container and a well-designed program. That’s the kind of safe entry point most of the population need.”

Bronner has been one of the primary donors for New Approach PAC. He’s contributed over 7 million dollars to the PAC over the past several years. He was also responsible for a large portion of the money donated to New Approach, specifically to help pass the NHMA. Natural Medicine Colorado reported receiving $2.76 million in contributions, 99.57% of which came from New Approach PAC alone.

Activists who support decriminalization but are against the NHMA, like Rodgers, argue that the motives for passing this ballot initiative are more sinister than Bronner portrays. In a thread of tweets from August 24, Rodgers outlines her issues with the out-of-state funding.

“Let it be known: New Approach PAC has their hand$ in Oregon, Colorado, Washington, California, and even New Mexico,” she Tweeted. “It is concerning to be very inve$ted in legalizing psychedelics. Donors/investors will want an ROI and will create policy catering to their bottom line and needs.”

While Dr. Bronner’s Magic Soaps is one of the largest donors to the cause, other companies within the cannabis and psychedelics industries are joining the list of the campaign’s financiers. According to City Cast Denver, other donors who contributed to the New Approach PAC in favor of the NHMA include ScottsMiracle-Gro, a soil company. Another donor is the private equity fund that owns Leafly, a website dedicated to cannabis information, and Tilray, one of Canada’s largest cannabis dispensary companies.

Colorado Residents Can Vote on November 8

Since Ballot Initiative 61 did not receive enough signatures to qualify for a spot on the ballot, the NHMA is the only choice for voters concerned about decriminalizing psychedelics. It’s up to Colorado residents to decide whether to vote “yes” and bring a similar initiative from Oregon to Colorado or to vote “no” and wait until the next voting year for potential systemic change around psychedelics in Colorado.

Britney Spears’ Net Worth Collapsed – But at Age 40, How Rich Is She?

How To Disable Spotify Opening at Startup?