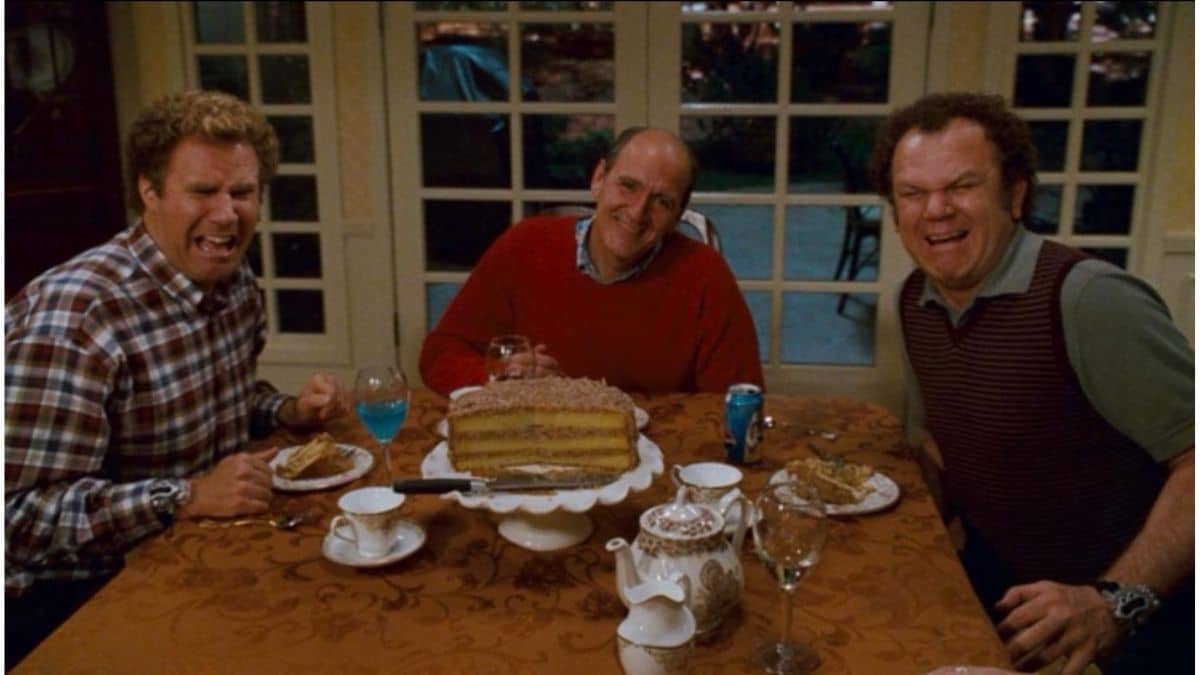 Are you looking for barrels of laughter with all the romantic storylines interfering? You're not alone. A Redditor asked, “Any suggestions for a comedy that is not a rom-com?” People responded to deliver this list of excellent comedies that aren't romantic.

Office Space is a hilarious film that satirizes the work-life of a typical software company in the 1990s. It follows Peter (Ron Livingston) and his co-workers Samir (Ajay Naidu) and Michael (Stephen Root). Michaels' last name is Bolton, and he doesn't care about the constant commentary.

When the company begins downsizing, the three plot a scheme to siphon money from the company, but it goes awry. It co-stars Jennifer Aniston, John C. McGinley, and Gary Cole.

Hot Fuzz is the second and most successful film in the Three Flavours Cornetto trilogy (Shaun of the Dead (2004) and The World's End (2013) bookcase the film. It is an action comedy following two police officers (Simon Pegg and Nick Frost) investigating a series of brutal deaths in a West Country village.

Stepbrothers is a comedy following two adult men (Will Ferrell and John C. Reilly) who still live with their parents. When their parents fall in love and get married, they must learn to coexist as stepbrothers. After initial disapproval, they begin to bond, and hilarity ensues. It stars Richard Jenkins, Mary Steenburgen, Adam Scott, and Kathryn Hahn.

Ruthless People tells the story of a man (Danny DeVito) who despises and plots to murder his wife (Bette Midler). However, when he returns home ready to do it, she's been kidnapped. The abductors (Judge Reinhold and Helen Slater) demand half a million dollars to get her back.

But he ignores the demands, hoping to get her killed. With everybody's plans going awry, it produces some belly laughs. It co-stars Bill Pullman and Anita Morris.

Snatch follows two intertwined plots: one of an illegal boxing promoter (Jason Statham) in hot water with a merciless gangster (Alan Ford). Bare-knuckle boxer Mickey (Brad Pitt) doesn't throw his fight, causing the ruthless gangster who placed a substantial bet on the fight to order violent revenge. The other is about a search for a stolen diamond.

The Naked Gun: From the Files of Police Squad! is primarily known as The Naked Gun and is the first film in a franchise of fast-paced slapstick comedies. It follows Detective Frank Drebin (Leslie Nielsen) attempting to foil a plot to assassinate Queen Elizabeth II.

Thor: Ragnarok is the third Thor film in the Marvel Cinematic Universe (MCU), starring Chris Hemsworth as Thor, Tom Hiddleston as his brother Loki, and Cate Blanchett as Hela, his sister and goddess of death. Before their father, Odin (Anthony Hopkins), passes, he informs the brothers of their evil sister.

She shows up to take her place as heir to Odin's throne, and all Hela breaks lose. It co-stars Tessa Thompson, Idris Elba, Jeff Goldblum, Karl Urban, and Mark Ruffalo as The Hulk. This film is widely regarded as the funniest and best Thor films.

The Odd Couple stars our favorite Grumpy Old Men before they were older men. The story follows a suicidal man, Felix (Jack Lemmon), who's going through a divorce. And his best friend Oscar (Walter Matthau), who invites him to move in with him.

But unfortunately, Felix won't stop obsessing over his ex. So Oscar plans a double date with their eccentric neighbors (Monica Evans and Carole Shelley), but his plan backfires horribly.

Galaxy Quest is a parody comedy and homage to sci-fi films and series, notably Star Trek and its fandom. It follows a cast of fictional characters on a TV series with a cult following, Galaxy Quest.

However, actual aliens believe the series is an authentic documentary, and the group finds themselves in an interstellar conflict. It stars Tim Allen, Sigourney Weaver, Alan Rickman, Sam Rockwell, Tony Shalhoub, and Daryl Mitchell.

We hope you enjoyed this Reddit picks list of comedies that are not romantic. Check out these controversial comedies that could never be made today.