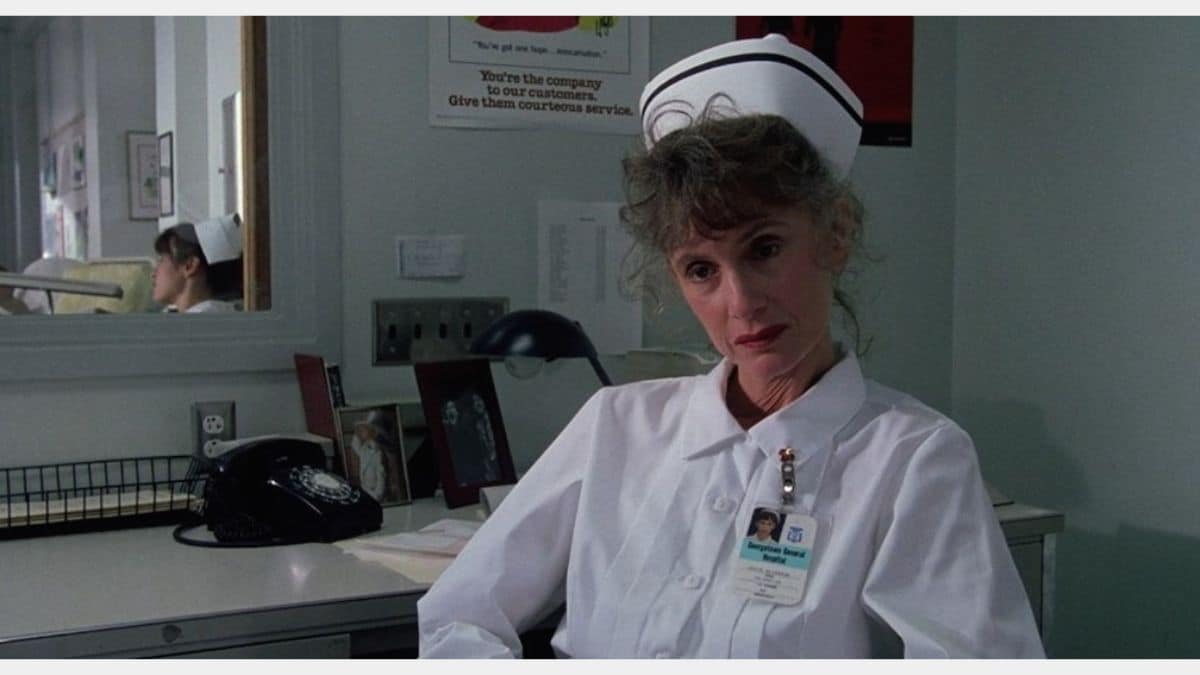 Are you a sucker for psyching yourself out with spooky films or psychological thrillers? You've got company. Recently someone inquired, “What movie is guaranteed to get under your skin and creep you out, no matter how many times you watch it?”

“Mine are The Exorcist and the original Evil Dead. The makeup in both movies was so far ahead of their time and just terrifying. I still get nervous while watching The Exorcist alone, lol. 10/10 movies!” Here are the top-voted responses.

One user admitted, “Funny Games got to me. I watched it for the first time for my Horror film class in university and sat there with a real sense of dread for a long time.”

Funny Games is a psychological thriller that is a remake of the 1997 film of the same title with the same director, Michael Haneke. It's a shot-for-shot remake in English, the U.S., and new faces playing the roles. Funny Games centers on a middle-class family who, while on vacation, is captured and tortured by two young criminals.

“My wife and I tried to do The Strangers again and turned it off. Too much. The randomness is what gets me,” a Redditor replied. The Strangers is a slasher horror following Kristen (Liv Tyler) and James (Scott Speedman), who are staying at a vacation home when three masked criminals infiltrate the home.

One user shared, “It's still the only movie that's given me that childlike sense of I've gotta sleep with the lights on in my entire adulthood. The snuff films with dark ambient tunes are brilliant. I don't think I'll ever see another movie that'll affect me as Sinister did.

I agree. Sinister is a supernatural horror and the creepiest movie I've ever seen. It stayed with me, and whenever the question of the creepiest movies pops up, it is the one that immediately surfaces. It's disturbing on many levels. It stars Ethan Hawke and will leave you thoroughly creeped out.

“I've read a lot of polarizing stuff about the movie, particularly about how the third act fell apart or wasn't scary, but it sure creeped me out. I thought it was a solid film. But I'll also never watch it again. The lingering takes on Jane Doe's lifeless face give me shivers,” a Redditor confirmed.

The Autopsy of Jane Doe is a supernatural horror following a father-and-son coroner team experiencing paranormal phenomena while examining the body of an unidentified woman.

“Zodiac starring Robert Downey Jr and Jake Gyllenhaal. Not only is it THE BEST ‘who done it' movie of all time, but to me, it's in the best films ever directed. It all fits together so well. It's written very well, the tension builds up, and the not knowing who to trust makes it an edge-of-my-seat movie every time.”

“Add in the fact that Zodiac wasn't caught, and he probably watched the movie, too; creepy,” a user confessed. The film follows the search for the Zodiac, a serial killer terrorizing the San Francisco Bay Area during the late 1960s and early 1970s.

Another person stated, “That's one of the only films that has ever messed me up. But, besides being one of the best horrors of all time IMO…it was one of the best films to come out that year, easily.” Hereditary follows a family being haunted by a mysterious occurrence after the death of their secretive grandmother.

One person said, “The Descent. It was terrifying the first time and terrifying the last.” Another added, “It's like a phobia fear. It's just different, and it gets to me every time.” The Descent is a British horror movie following six women lost in a cave system and struggling to survive against the humanoid creatures inside.

“Yes, to any 2000s J-horror. For me, the scariest was Infection and Kansen. The hospital setting, the incoherent storyline, the MUSIC. The music is what takes it over the top.” “Noroi is the scariest movie I've ever seen, personally. I love Ju On and Ringu, but Noroi is so unsettling.”

Noroi: The Curse is a Japanese horror film following a paranormal researcher investigating a series of mysterious events for his documentary. It uses a pseudo-documentary style of storytelling.

“The Exorcist III. Very unsettling and creepy visuals,” nominated one user. Another added, “That scene where he grabs her head to pull it out of the way of the scissors….whoa. It burned into my head.”

The Exorcist III is a psychological horror following a character from the first Exorcist, Lieutenant William F. Kinderman, and ignoring the second Exorcist film. Kinderman investigates a series of demonic murders that share the hallmarks of the Gemini, a deceased serial killer.

V/H/S is a found footage style horror anthology that spawned five sequels, a miniseries, and two spin-offs.” The original V/H/S had such a grimy, creepy quality. I felt like I was watching something I wasn't supposed to see. I like most of the sequels, but they never quite captured that same feeling for me,” a user confessed.

What do you think? Did Reddit get this right, or is there a film more deserving of a spot on this list? Then, for something a little lighter, check out these scary movies that aren't too scary that even non-horror fans will enjoy.

Trend Reflections: What’s up With the Squiggly Mirror Phenomenon?