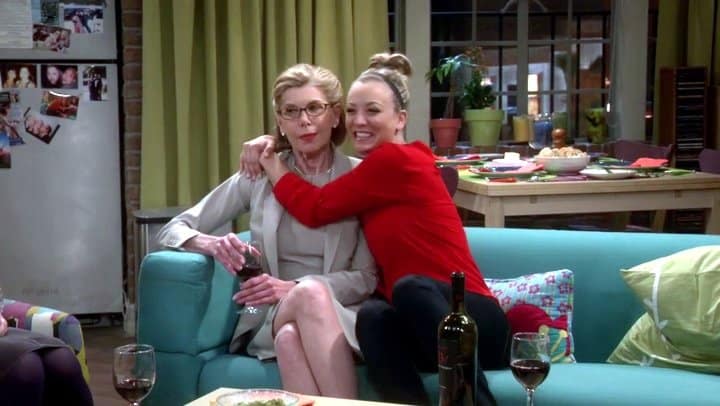 Are there any scenes from The Big Bang Theory that make you cringe? Recently a Redditor admitted, “Mine is when Penny cracked that physics joke to impress the guys helping Alicia and winds up offending them. That scene was so painful the first time I watched it, but I still enjoyed that episode, especially their catfight. What's yours?” Here are the top-voted responses.

One user answered, “Sheldon's birthday, where everyone took turns saying something nice about Sheldon.” In this episode, Sheldon doesn't want a birthday party, but Amy and Penny insist.

In the end, Amy states that it is customary for the birthday boy to receive presents, but she feels she got the greatest gift the day he was born. And Sheldon loves the sentiment and suggests they go around the room and all say nice things about him.

Another person answered, “When everyone is fighting, so Sheldon acts like a kid.” Sheldon winds up on the floor of the comic book store until Penny agrees to buy a comic book and a collectible for him. Jackedturtle104 agreed, ” I can't STAND those scenes.”

However, Jessjazuzya argued, “I like those sometimes. For example, when Penny and Leonard were acting like Sheldon was their son and talking about Disney.”

DamianHow stated, “What I found cringe was an earlier episode of the Big Bang Theory. When Howard was cringing and creepy to almost every girl he came into contact with, albeit I know it was part of his character. But still.”

They elaborated, “What I found cringe was when he was singing that ‘My Girl' song to Penny when she went to apologize to him (for telling the truth). The one about Marcy Grossman. And then he tries to kiss Penny, and she punches him right between the eyes, hahaha!”

Essie-j shared, “Mine is when Leonard and Penny pretend to be dating for her dad's benefit. So they start to kiss and make out, and her dad is just standing there watching. Yuck.” Others agreed before T-TheCOOKIE quoted Leonard, ‘Hey baby, I loooove you' AAARGH can't stand this episode!”

Another person nominated “When Howard says Raj and Stuart should practice talking to ‘regular people' and Raj replies, ‘You mean fatties and uggos?' Ugh.” TMommy0040 added, “That's why he deserves to end up alone. I think he's cringe-inducing and undateable.” However, the OP disagreed, noting, “I wouldn't go that far. I think he needs to grow up.”

One person voted, “When Leonard was watching football. Specifically, as he explains the penalties and cheers during a highlight from years ago.” Bad_Becky agreed, “Ughh, so embarrassing. He's really smart.” One user admitted to skipping the episode on the rewatch.

One user answered, “Amy being purposely obnoxious to Wil Wheaton when Wil was doing Sheldon and Amy a favor. Further exacerbated by Amy's insistence that Sheldon should always take her side, right or wrong.”

Another agreed, “Yep, this is for me, too just rewatched this yesterday, and I hate her in it. She does it to LeVar Burton again at the end, showing she learned nothing and is just obnoxious.”

One volunteered, “The Raj and Bernadette dancing thing. I love the TV show, but that might be the dumbest thing I've ever seen on television. So many agreed with the sentiment and mocked the lyrics, Myyyyyyy universe, my universe.”

Dalanard gave the number one voted response, “Asking Sheldon and Amy to make out in the game when they're playing Dungeons & Dragons.” Finishyourcakehelene added, “And any scene where Sheldon is forced, pressured, or shamed into physical contact/affection or when people discuss his and Amy's love life.”

What do you think? Did Reddit get this list of cringest moments from The Big Bang Theory, right, or do you have something to add? Check out these five most infuriating things that Leonard's mom, Beverly, does on TBBT.

10 Most Irritating Penny Moments in the Big Bang Theory