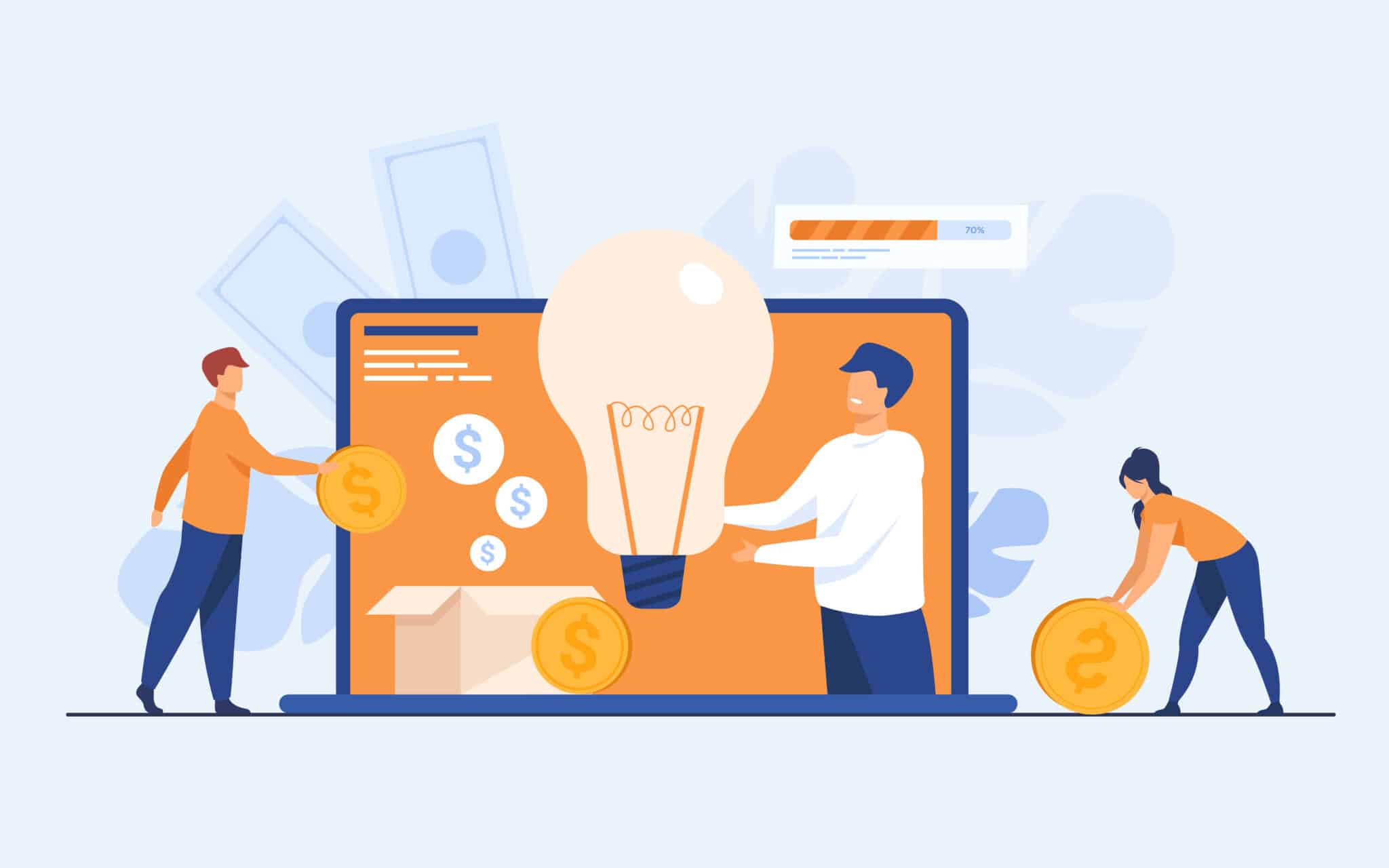 What do an inflatable Lionel Richie head, a toilet nightlight, and a really cool cooler have in common? They’ve all been the center of fully funded crowdfunding campaigns.

Raising funds to create a company like making a new technology once meant going through numerous rounds of gatekeepers, delivering a pitch to venture capitalists, and using every contact at your disposal. These days, it can be as simple as uploading a campaign to a website.

Let's look at some of the odd business ideas that have been fully funded via crowdfunding campaigns.

At first, the idea of creating the world’s largest jockstrap doesn’t sound too crazy — sure, it’s a slightly odd goal, but why not? Until that is, you realize one crucial thing: create a jockstrap too large, and it won’t actually be able to perform its principal function of being worn by someone. But that minor detail didn’t faze the artist Michael Barret, who decided to start a Kickstarter project to beat the Guinness World Record.

Barret only asked for a modest $850, and he reached that number rather quickly back in 2011. So many years on, it’s only natural to wonder if he was equally successful in beating the world record he always dreamed he would. The answer is yes — you can find his entry on the Guinness World Records website, with the final jockstrap measuring 3.69 meters by 3.99 meters.

Money well spent to all who invested. 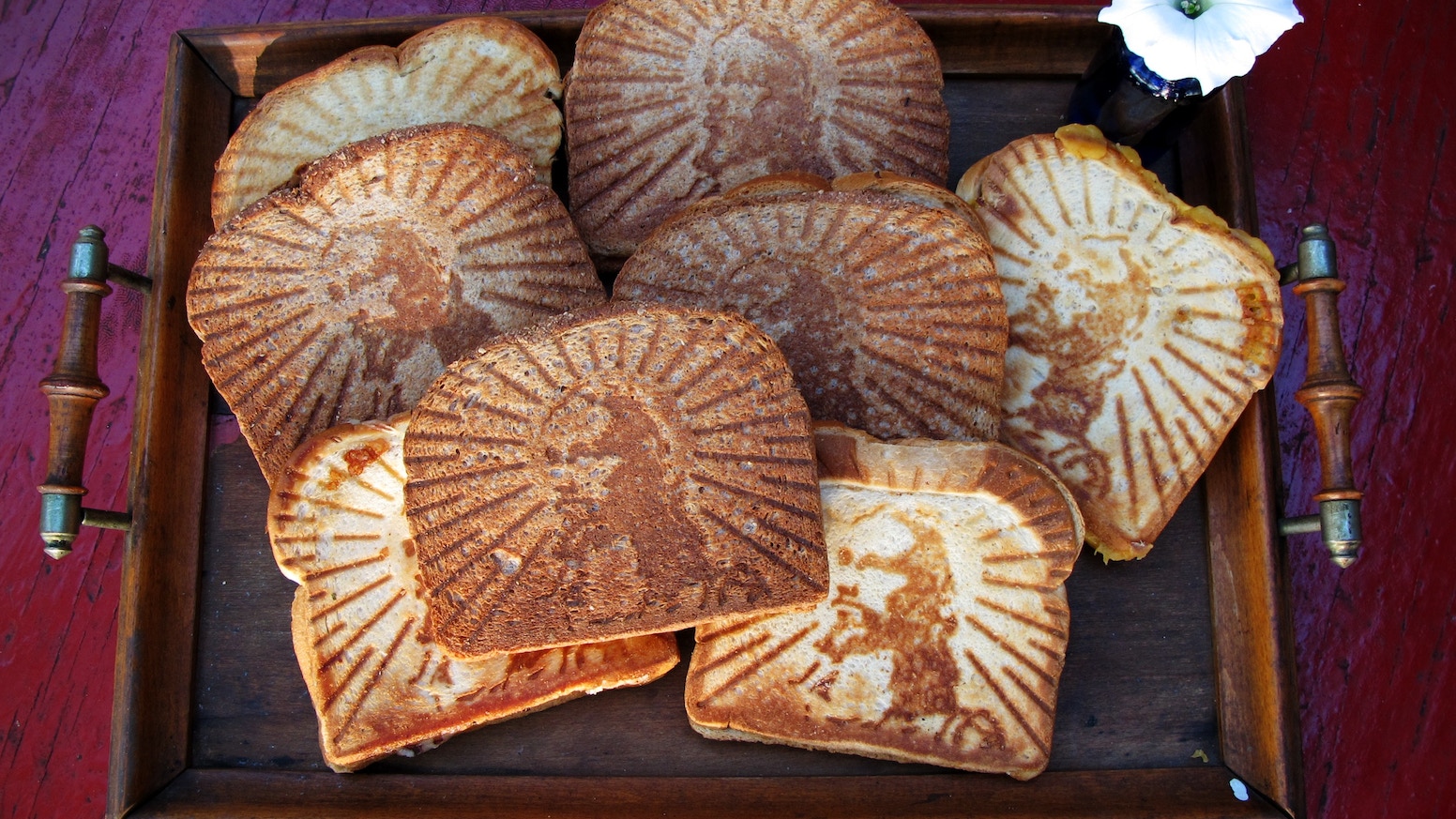 If you thought the idea of making a very large jockstrap was ridiculous, then, well, you’d be correct. But an artist trying to break a world record at least makes slightly more sense than creating an electric sandwich press that imprints the face of Jesus onto bread.

Amazingly, the project managed to raise more than $25,000. Even more amazingly, the brand appears to still be in business — the company goes by the name of OMRgoods, and you can buy a Grilled Cheesus today on Amazon for just under $50.

So, to anyone who thought that business ideas had to be clever or special in some way, you’re mistaken. Sometimes, all the world needs is a slightly more divine lunchtime experience. 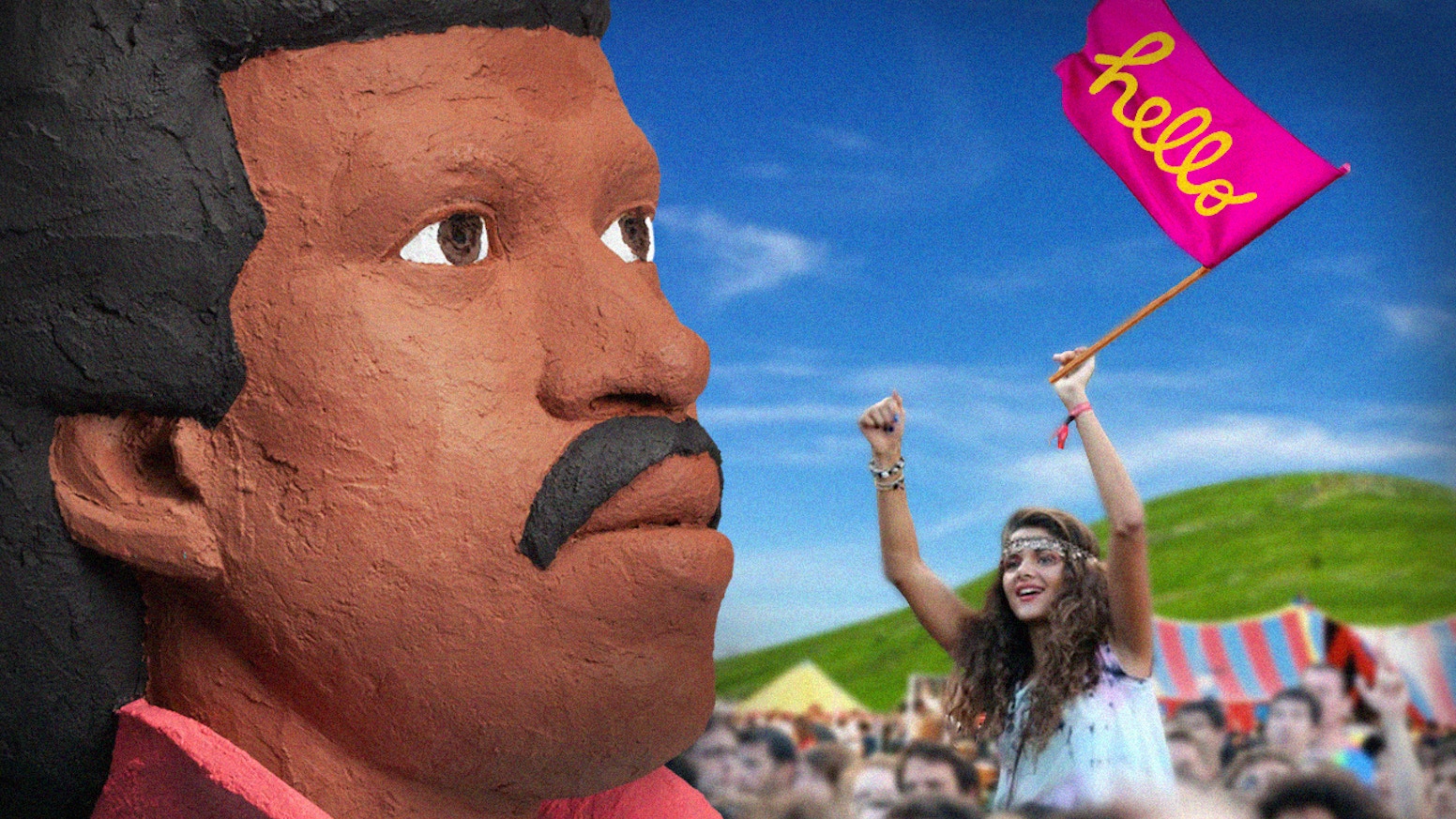 Lionel Richie is a true legend. He might already have a head of his own, but one ambitious Kickstarter campaign decided his face also needed to be turned into a giant inflatable structure for festival-goers to enjoy. For the founders, it was a noble goal to create a piece of public art that anyone could interact with — the bizarre idea was for the inflatable head to sing “Hello” with those who encountered it. Naturally.

Perhaps it shouldn’t come as a surprise that this bid was unsuccessful not just once but twice — yet fortunately, the founders lucked out eventually and ended up raising over $8,000. Even better, it featured at the UK festival Bestival and caught the attention of Lionel Richie himself. 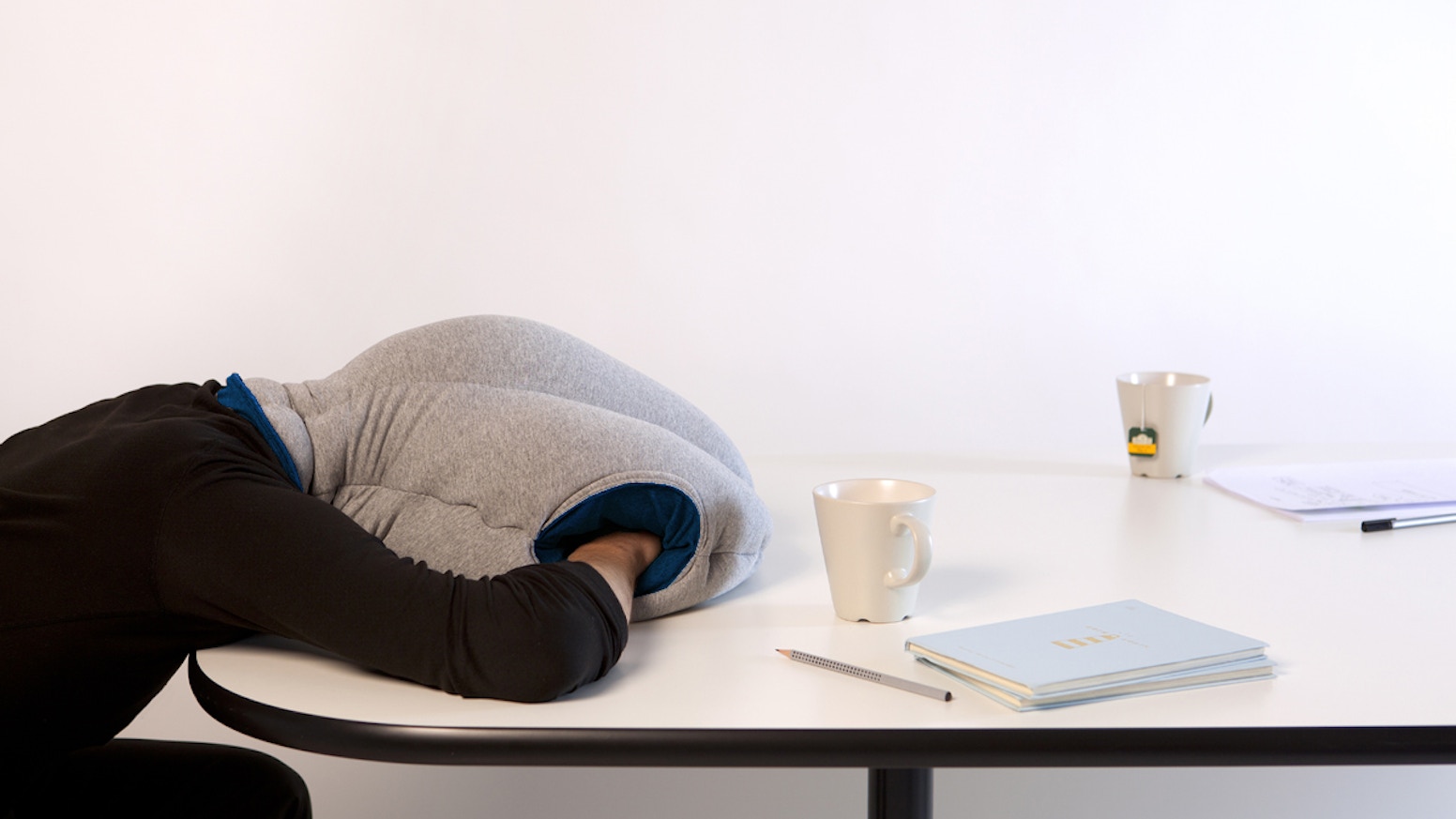 There are few people in this world with the freakish ability to actually get a good quality of sleep when they’re traveling on coaches, airplanes, and even boats. If you don’t possess this superpower, you probably need all the help you can get to achieve a little shut-eye on long journeys.

Wouldn’t it be amazing if you could just bury your head in the sand and drift into slumber like an ostrich? While the technology to simulate this action isn’t quite there, you can have the next best thing: a pillow that you wear which cocoons your entire head like sand around an ostrich, helping you sleep soundly wherever you are.

For the record, it’s actually a myth that ostriches sleep like this at all — they never truly sleep at all. 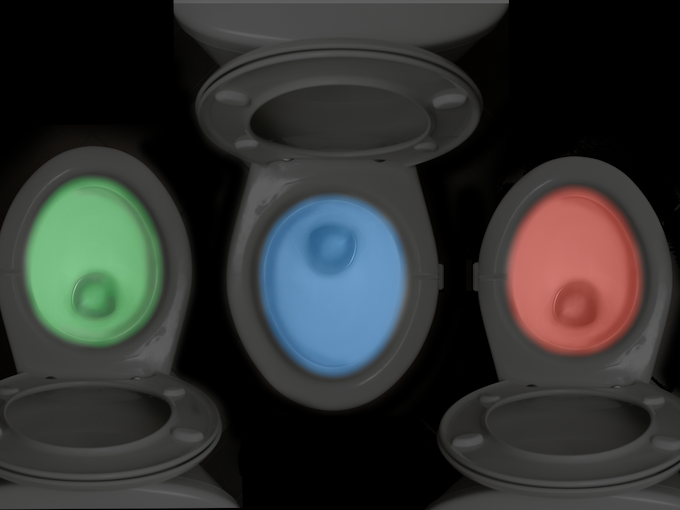 Now, we’re getting firmly into the land of the weird and wonderful. The IllumiBowl is a nightlight for your toilet. Why do you ask? Well, why not? It can be hard for men to aim accurately when they pee in the dark, and sometimes they might not want to turn the light on and wake others in the house up. Besides, a lit-up toilet looks pretty cool.

According to the founders, the toilet nightlight is also helpful for anyone who usually falls in. If you say so, guys. Regardless of its utility, the campaign ended up raising over $95,000. Hopefully, not all the people who pledged were inspired to invest because they fall into the toilet in the dark. 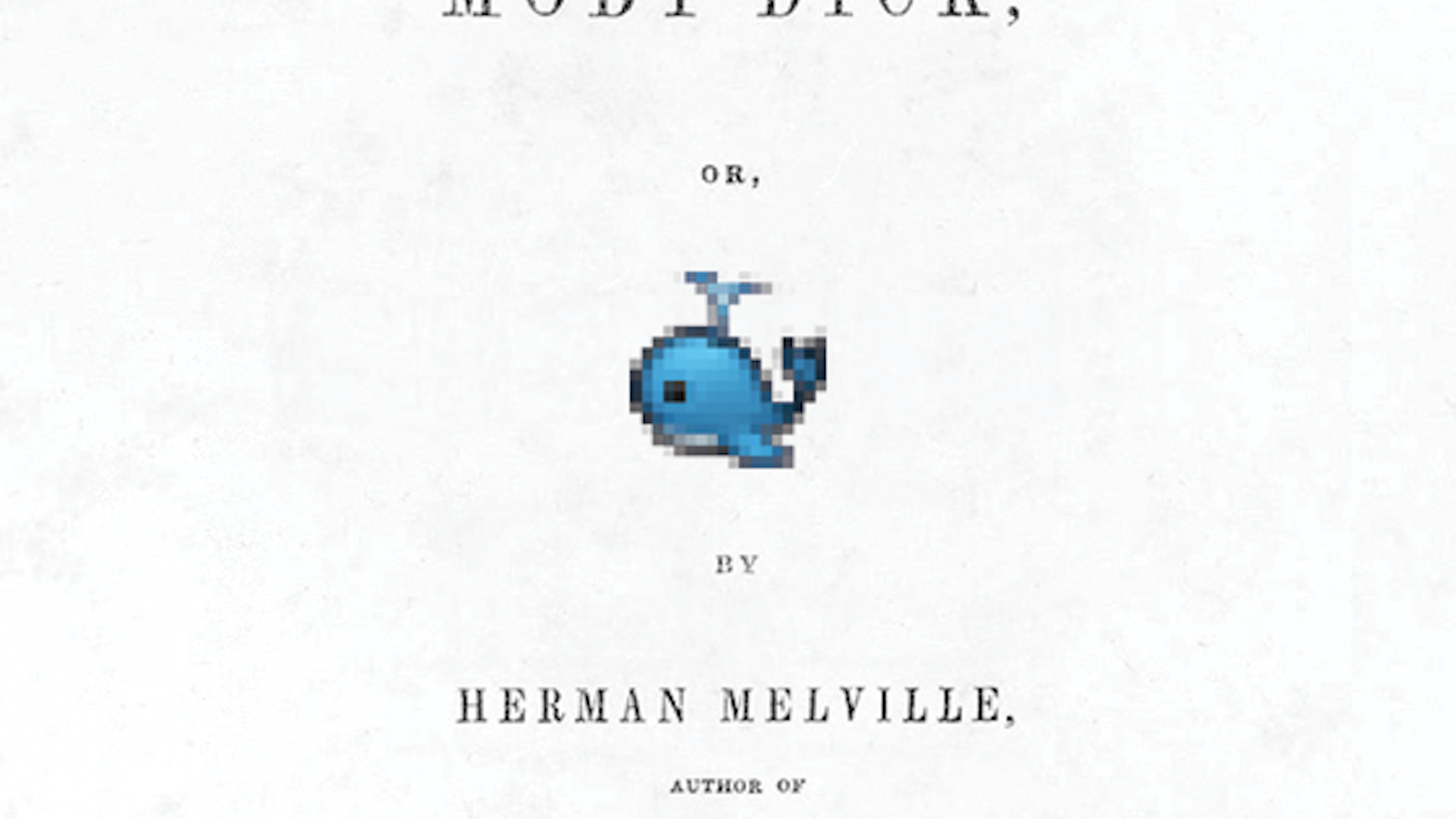 It’s not how it sounds, I promise. Nobody is trying to make an emoji of — hear me out. Moby Dick is one of the most acclaimed novels ever written, yet most people have never read it. What’s the solution?

One day, someone had a genius idea to help the book appeal to the youths of today: to recreate it in emoji form. Yes, that’s right — the goal was to rewrite the entire novel, replacing every single word and sentence with a bunch of emojis. Quite the feat! If you’re stuck for a birthday present and can’t decide whether to gift some crypto or something more entertaining, the Emoji Dick book is now available to buy.

Waste poses a serious threat to the environment, especially plastic waste, yet countless people continue to use disposable plates and cups for their events. Doesn’t it just make you sick?

Yet if we could all just eat the cup after finishing our drink, life would be so much simpler. At least, that’s the conclusion these Kickstarter founders came to. It doesn’t sound too strange at first, yet the more you ponder it, the weirder it gets. What about if you forgot you put your cup down on a dirty surface, then ended up digesting all the germs? And there’s just something disconcerting about imagining a person eating a cup.

Regardless, the project ended up raising more than $10,000. Each to their own. 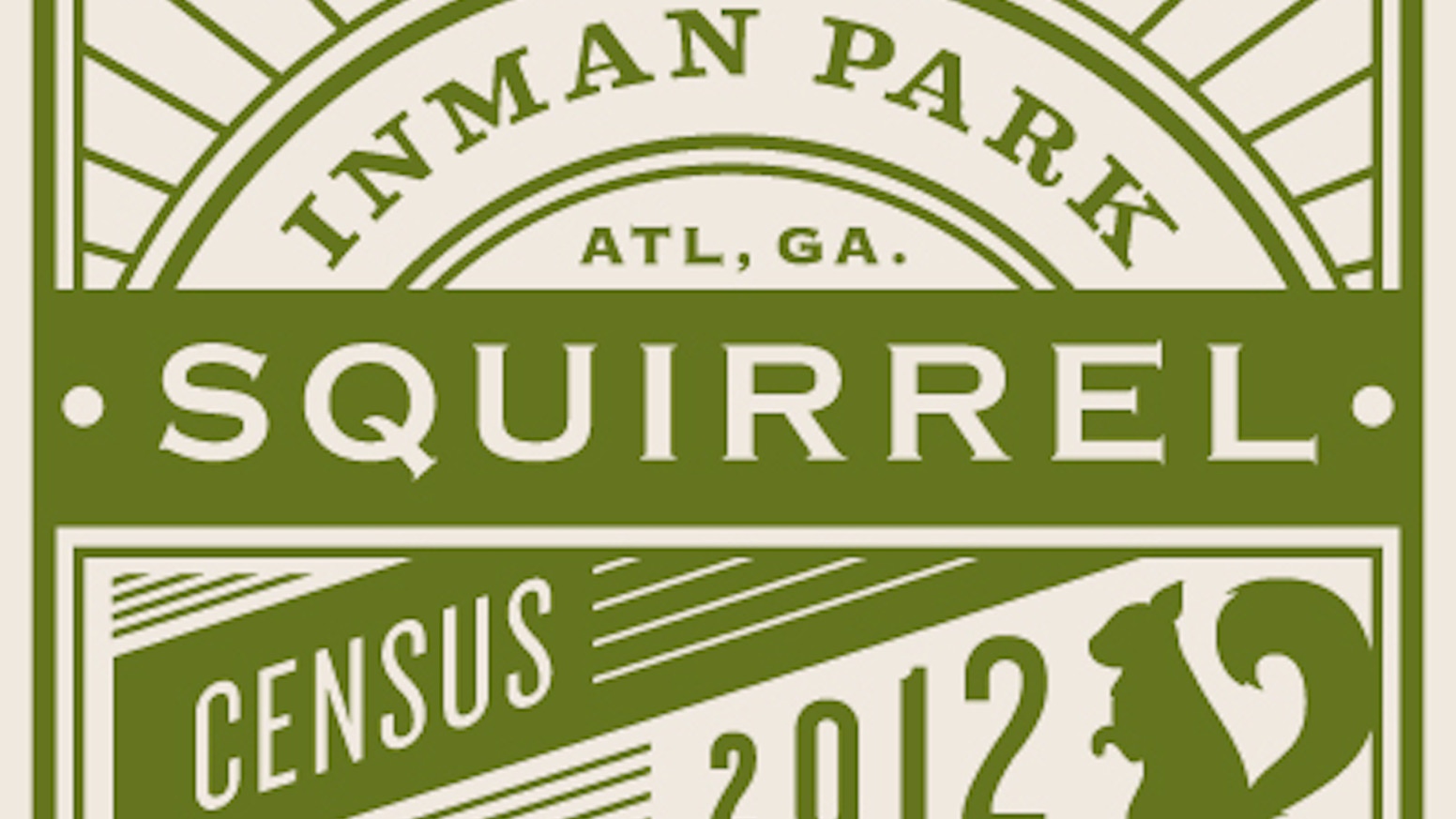 Humans love data, and they sure seem to go to crazy extents to understand many species’ demographics. But apparently, when it came to squirrels in Atlanta, there was an exception. Writer Jamie Allen learned this the hard way when he tried to write a story about eastern gray squirrels in the state and found it impossible to make it accurate since the information he needed wasn’t available.

So, he did what any reasonable person would do — raised $8,000 to get all the researchers, web programmers, and even firefighters needed to make his dream a reality. Now, nobody will ever have to wonder just how many squirrels there are again, and Allen even ended up printing special posters with the data he found. 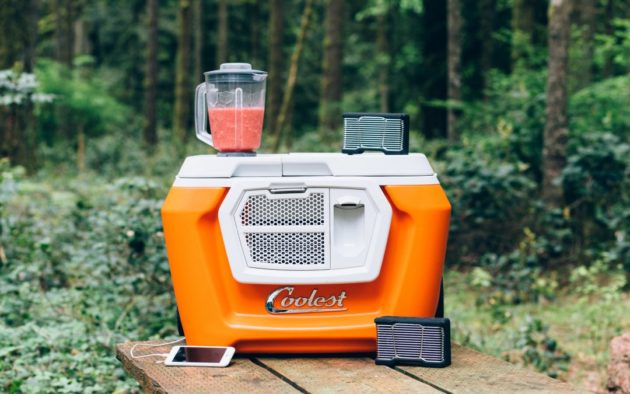 Do you ever look at regular household objects and wish they could be just slightly less boring? Maybe your toilet would benefit from a nightlight, your wardrobe could have some cool added features, or your food cupboard could transport you to another dimension. Perhaps not that last one.

But one gutsy Kickstarter founder took issue with one particular everyday item: the humble cooler. He decided the world could do so much better than just providing a box that makes stuff cold and a little more. Instead, his coolest cooler has almost everything you could wish for — from an ice-crushing blender to a Bluetooth speaker. It literally says “coolest” on the front.

Over 60,000 people decided that this cool cooler is exactly what the world needed, pledging more than $13 million. Sadly, despite this success at raising funding, the project ended up being a disaster, with many pledgers failing to receive a product. In December 2019, the founder finally conceded defeat and closed the company.

10. Campaign for the Accurate Measurement of Creativity 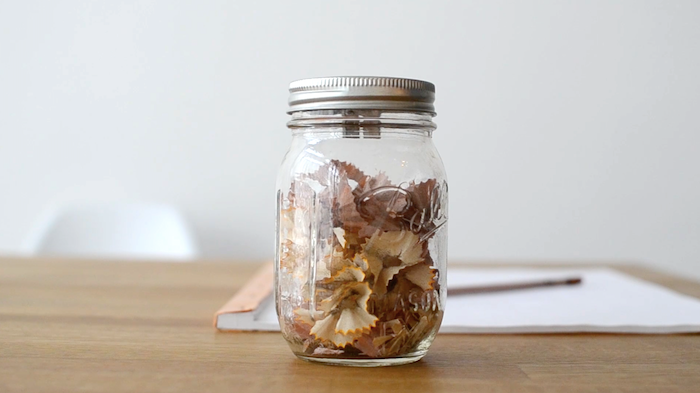 The Campaign for the Accurate Measurement of Creativity combines two things that most people wouldn’t put together. A pencil sharpener and an ultimate measure of creativity. Yes, you read that right. Craighton Berman’s ingenious idea was that the more pencil shavings in the jar, the more creative the artist. That’s science.

The initiative ended up raising more than $12,000, which far surpassed the original target. Still, it’s unclear whether anyone ever ended up having their creativity accurately assessed using this highly scientific method. 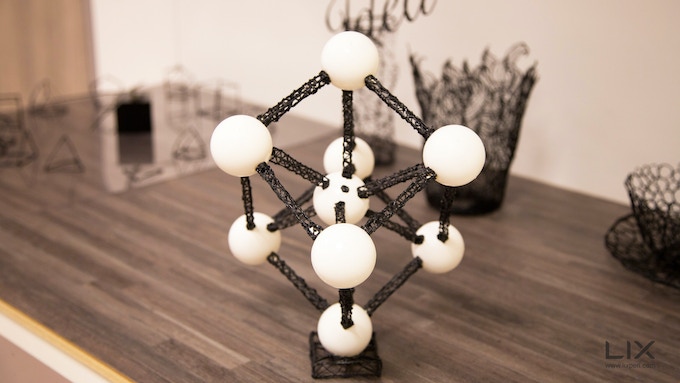 Last but certainly not least, we have an invention so “out there” that it sounds like it shouldn’t actually be real — yet it is. Lixpen allows its owners to draw anything in the air using 3D printing instantly. It looks exactly like something from sci-fi! Just watch the company’s YouTube video about the product — it’s true madness.

There is a catch, though: the pen has to be plugged into a USB port, so it’s not quite as magical as it looks. If you don’t mind shelling out more than $100 on a pen, you can go ahead and purchase one on the website now.

Whether you’re inspired or weirded out, one thing is for sure — these people had a vision and a strategy to pull it off. All these campaign starters managed to yield the power of the internet to their advantage, and some of them even managed to create a viable product or put their vision into reality.

As for the coolest cooler? Let’s not talk about that.

Karen Page Was the Heart of Netflix’s ‘Daredevil’ Series