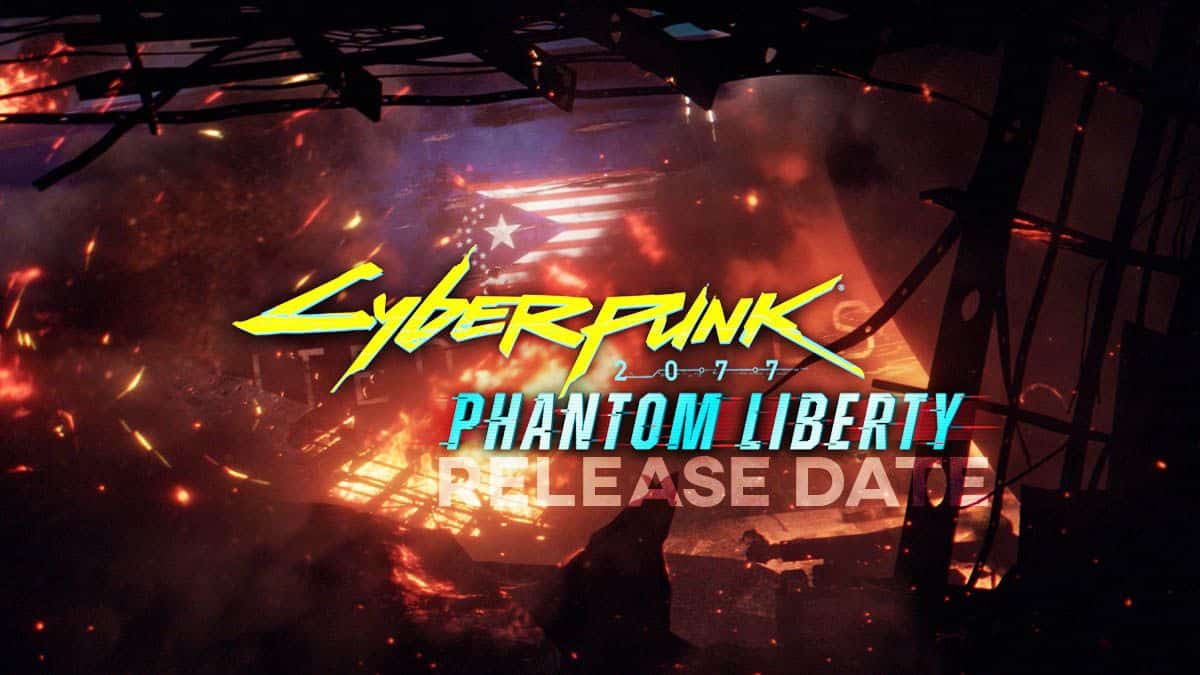 Here's everything we know about Cyberpunk 2077 Phantom Liberty release date. We have gathered the latest details and updates on the first expansion pack CDPR's controversial title.

It has been nearly two years since Cyberpunk 2077 made its disastrous launch across multiple platforms. In the last two years, the game has received numerous updates and managed to get a positive reception after all. CDPR's troubled action adventure has received more than 400,000 reviews on Steam. It is now rated Mostly Positive on the platform as well.

Seeing how the game has evolved in the last two years, it is safe to say that Cyberpunk 2077 is now a decent action-adventure game that offers a highly rewarding experience. Though it seems like we will return to Night City once again. CD Projekt Red announced Cyberpunk 2077: Phantom Liberty, the first expansion pack of the game.

What is the release date for Cyberpunk 2077: Phantom Liberty?

We also know that the DLC will be exclusive to next-gen. This means that PlayStation 4 and Xbox One owners will have to stick with the base game. Cyberpunk 2077 Phantom Liberty will be available for Xbox Series X|S, PlayStation 5, Google Stadia, and PC only.

Will Cyberpunk 2077: Phantom Liberty come to PlayStation 4 and Xbox One?

CD Projekt Red announced that Phantom Liberty will not be available on the PlayStation 4 and Xbox One. The omission of last-gen consoles is surely a controversial decision. Especially when we remember the game's disastrous state on those consoles, CDPR will definitely receive heat because of this decision as well.

We currently don't know the story of Cyberpunk 2077 Phantom Liberty DLC. But it seems like the expansion pack will delve into the world of politics in the game. The official teaser teases players with V and Keanu Reeves' Johnny Silverhand.

The minute-long teaser introduces the protagonist V as they repeat the words of an oath. “I solemnly swear that I shall faithfully serve the New United States of America.”

You can watch the official teaser below. The cinematic trailer also reveals the release date of Phantom Liberty DLC.

What do we know about Phantom Liberty DLC?

Players believe that this one will be the first and the last DLC the title will ever receive. That's because CDPR is preparing to ditch its own game engine. Polish game giant has switched to Unreal Engine after announcing the massive collaboration with Epic Games. CDPR will develop new Witcher games and future titles with Unreal Engine 5.

It is still great to see that they haven't turned their back on Cyberpunk 2077 completely. It is still not the game they promoted during the PR campaign before launch. But the action-adventure title does deserve a chance.

Thanks to the new content Cyberpunk: Edgerunners show on Netflix, more players can now dive into the world of Cyberpunk 2077. The game has received an 18 GB patch and excited thousands of players around the world with the announcement of its first expansion pack.

Honk for Jesus. Save Your Soul. – Honest Audience Reactions

Interview With ‘a League of Their Own’s Lea Robinson: Discussing Representation and Open Dialogue in the Media