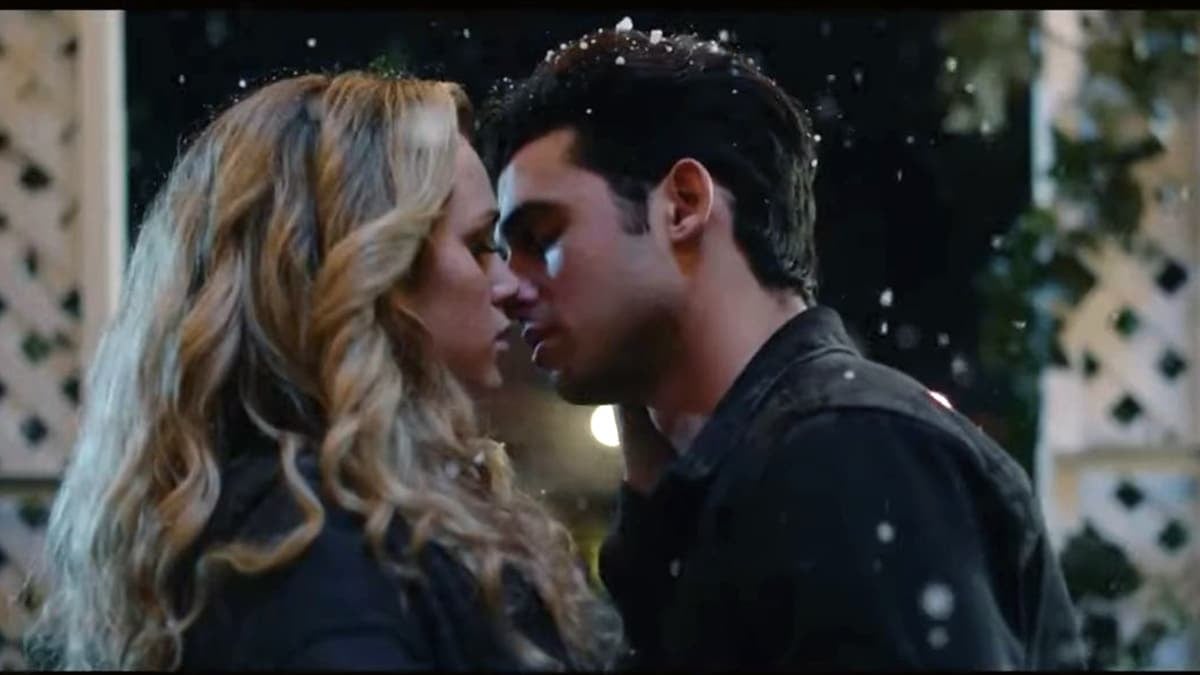 DC’s Stargirl season 3 has been focused completely on the mystery surrounding The Gambler’s murder. With every episode seeming to exonerate one suspect while hinting at another, there has been a lot to keep viewers guessing. This week’s episode is titled “The Thief.”

For those who have been paying attention, it was likely that it would surround Cindy Burman. Not only because she was strongly indicated to be involved at the end of the previous episode, but also because we know she is the one that stole The Gambler’s laptop.

And as expected, DC’s Stargirl season 3 episode 5 opens with a flashback to immediately after the murder, with Cindy at The Gambler’s destroyed trailer. She finds his laptop and quickly stashes it away when she hears Courtney and the rest of the JSA on their way. She picks up the gun and, just as she claimed, it goes off all on its own.

After the title sequence, viewers who ship Cameron and Courtney have something to be thrilled about. We once again see them together. He has walked her home and she insists that she will help him figure out his powers and learn to control them better. They kiss goodnight before she heads inside, where she is met by Pat. He tells her that he has been trying to get ahold of her to give her an update.

Pat explains that Rick and Yolanda went into the tunnels below Blue Valley with a suited-up Sylvester to see if they could find any evidence that Dragon King was still alive and living down there. So far, they haven’t uncovered anything, but he wanted to make sure she knew what was going on. Courtney seems happy that Sylvester took the staff this time, knowing that without it he could get seriously injured again. She tells Pat she is going to do her homework but diverts to the basement to look through the JSA file for Icicle, Cameron’s father.

Back to the Laptop

Meanwhile, Cindy has been working hard to access the files on her father from The Gambler’s laptop. We have seen her fail at entering the correct password for the entire season so far, but today is her lucky day. She finally guesses the right password and is let into the files – and immediately pulls up a map of Dr. Ito’s lab locations. She is interrupted, however, by a security alert that Yolanda, Rick, and Sylvester are approaching the ISA meeting room, where she is currently sitting with the laptop. She rushes to get out of there as quickly as possible.

The trio notices that someone has been there recently, but before they can dig deeper, Sylvester has another outburst. He attacks the painting of the ISA that is hanging on the wall, claiming that the dead are mocking him. Later he talks to Barbara about it and admits that he isn’t great at setting a good example like Pat is. Barbara says she isn’t either, but that she always tries her hardest and then helps the kids to learn from her bad moments, too.

Because of this, Sylvester has a heart-to-heart with Mike, who has been feeling extremely left out of everything that has to do with the JSA – just like last season. Sylvester tells him that he needs to make people see him for what he is, and never give up on wanting to be taken seriously as a superhero and a part of the team.

Mike takes this as Sylvester encouraging him to hunt down Dragon King on his own – well, with the help of Jakeem. When a couple of bullies at school try to steal their lunch money and threaten to beat them up, Cindy comes to their rescue. They then ask her to ditch the JSA and join them – The Young Allstars. She laughs in their face but tells them she means no in the nicest way possible, before walking away from them.

Courtney remains distracted by Cameron and their reigniting love. When Sylvester tells everyone that he tracked Dragon King’s secret labs before and wants to check out one that is just south of Blue Valley, she doesn’t seem interested at all. He even offers to wait for her to get out of school before he goes – to which she answers that he has it covered without her.

When he gets there, he calls Beth via her goggles to help him unlock the hatch to the hidden lab. She can help but does so from school during a test – and her goggles start to give her the answers to the test, which she gets very upset about. That is cheating after all. It is very on-brand for Beth to be bothered by this. Inside the lab, it is clear that no one has been there for a while. It is filled with dust, and nothing has been touched or cleaned up.

During an impromptu lunch date, Pat and Barbara discuss Courtney. He is worried about her, and Barbara explains that she knows exactly what is going on – Courtney has a crush on someone. It is clear to her, and she assures Pat that eventually Courtney will tell them who, but right now they should just be happy because she is acting like a normal teenager, which is what they always wanted for her.

Just as they are about to dig into their lunch, Crusher and Tigress show up. They have a confession to make – they have been looking into The Gambler’s murder as well. It turns out that maybe he did change because they aren’t the only people that he was blackmailing that he paid back before he died. He paid them all back.

At school, the rest of the JSA is not too thrilled with Courtney. She is clearly distracted because of Cameron. She is trying to help him figure out his powers, but it is keeping her from the work of hunting down the killer with them. They tell her that Sylvester is great, but he does have a temper, something that viewers have seen a lot of, and we are sure it will come to head for something major this season eventually.

Cindy confronts Cameron about to see if he really has changed and tells him that she is friends with Courtney now and is just looking out for her. She asks if he told her about his “art camp” between second and third grade and seems to imply that it was somewhere he went after a breakdown. She mentions padded walls and he says her treating him this way proves that she hasn’t changed at all.

Cindy confesses that she did this to Courtney, and that she pushed Cameron to see if he has the same powers as his father. When she tells Courtney that he does, she realizes that Courtney already knows this. When Courtney says she wants to help him control them, Cindy warns her not to be delusional; there is only one way this will end.

During the JSA meeting after school, which Courtney is not a part of, the team is complaining about her and her actions. Sylvester steps right in to stop this and explains that they should not allow themselves to be divided. He asks them to please learn from his mistakes while reminding them that his decision to kill Bruce when fighting against Eclipso divided their team and ultimately led to their demise.

Rick is working on the hourglass because it is still not working for the full hour. When Sylvester sees that he might need help, they talk. But Sylvester ends up letting him know the limiter must be broken. Rick realizes that if he removes that, the hourglass could work 24/7. Sylvester confirms this but tells him to be careful – it was created for a reason after all.

Meanwhile, Beth takes Sylvester’s advice about protecting her family and tells her parents to stay out of her life as Dr. Midnite, explaining that it is dangerous, and she just wants them to be safe. Yolanda has been feeling like Cindy was hiding something from the JSA and Sylvester tells her to go with her gut and keep looking.

The final few moments of the episode show her breaking into Cindy’s house and discovering The Gambler’s laptop.

Sylvester might just be trying to help, but he has butted into a lot of people’s lives. In this episode, he has caused many to be upset and even encouraged several of his “friends” to go too far, like Rick and Mike. This, coupled with his uncontrollable temper, is likely to cause a lot of waves for the JSA. Maybe coming back from the dead has changed him?

The biggest issue with DC’s Stargirl season 3 episode 5 is that there is basically no action at all. It is very much all set up. Knowing The CW and the way this show has gone before, it will most likely be worth it in the end. However, this episode is a slow burn, and not too much was learned. With a lot of people on edge, next week should have some massive blow-ups, and hopefully some good action sequences.