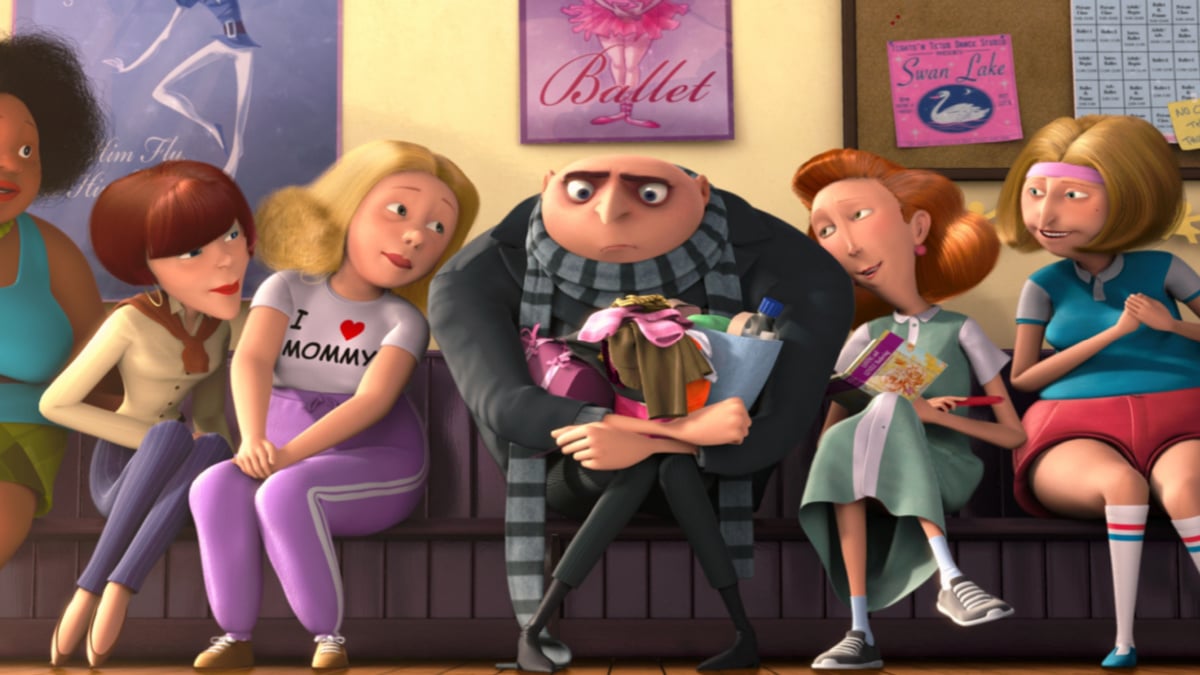 Kids and adults alike were immediately enamored with Despicable Me when the first movie in the franchise was released in 2010. The film’s box office sales grossed over $500 million worldwide. The audience was hooked by another impeccable performance by Steve Carell and the silly yellow creatures called minions.

In the following years, the Despicable Me franchise grew to include five different movies, several short films and video games, and an attraction at Universal Studios theme park in Orlando, Florida. Minions merchandise floods the market; you can hardly even shop for a toothbrush without spotting a minion’s bright yellow face peering at you from the shelves.

There are two different ways to watch the Despicable Me movies: in order by release date or chronological order. The Minions movie was released in 2015, and the story begins in 1968. The film ends as the minions meet their ultimate master, an eight-year-old Gru. The most recent addition to the Despicable Me franchise, Minions: The Rise of Gru, picks up with Gru’s backstory in 1972 with the minions by his side.

Watch Order For The Despicable Me Movies

You can decide whether you’d like to watch the movies in order of release date or in chronological order. The plot begins in 1968 and spans through 2014.

In Order by Release Date

When aspiring supervillain Gru (Steve Carell) discovers that his rival outshone him with his last heist, Gru decides to plan even bigger and steal the Moon. He meets three orphans and initially adopts them only to use them as a part of his evil plan.

But as Gru and the three girls spend more time together, Gru discovers that supervillainy isn’t his only calling–he’s also a loving father. Can Gru find the balance between his evil mission and his love for his daughters before it’s too late?

As Gru settles into a quiet life as a father, he learns that a mysterious villain robbed a hidden laboratory in the Arctic. Lucy Wilde (Kristen Wiig), an agent from the Anti-Villain League, contacts Gru and asks him to work undercover to help her discover the thief’s identity.

While Gru and Lucy work together to uncover evil, the villain kidnaps minions from Gru’s home to turn them into purple monsters. Despicable Me 2 will make you wonder who the bad guy truly is and what he’s doing with those mutant minions.

As the film begins, we finally learn the answers to our aching questions about minions. Where did they come from in the first place?

From the dawn of time, minions evolved to serve one master. Flash forward to 1968: The minions have served hundreds of evil geniuses, supervillains, and iconic monsters, but now they’re stuck searching for a new leader. Three minions take it upon themselves to journey out into the world on a quest for their ultimate master.

Kevin, Bob, and Stewart end up at VillainCon to find the best of the best supervillains to serve. But when the trio arrives, they realize they weren’t prepared for what they stepped into.

Gru is in for a shock when he’s fired from the Anti-Villain League after he fails to capture the evil ex-child star Balthazar Bratt (Trey Parker). As Gru reels from losing his job–and his life-long identity–He gets another surprise. Gru has a twin named Dru (also Steve Carell) who wants to learn the crime trade from his estranged brother.

While Gru grapples with the massive shifts in his life, Lucy struggles to settle into motherhood, and the minions abandon Gru to search for a new evil master. Gru and Dru work together to stop Bratt’s evil plots once-and-for-all. Can the pair overcome their differences to bring Bratt to justice?

How did Gru find his footing as a supervillain all those years ago once he and the minions found each other? Minions: The Rise of Gru swoops in to answer our questions about Gru’s backstory.

It’s 1972 when we meet Gru at age twelve. With the support of his new minion pals, he begins searching for a community of evil-doers to join to learn the ropes and realize his ultimate dream of becoming a supervillain. However, when Gru’s audition to join the Vicious 6, a local group of bad guys, ends poorly, he’s kidnapped by the group’s ex-leader. Can Kevin, Bob, Stewart, and Otto find Gru and save him from his confines?

The Despicable Me movies are action-packed, humor-filled movies aimed toward younger kids. But that doesn’t mean the whole family can’t get drawn in by the numerous fart jokes, the loving relationships between characters, and the creative minionese language in these films. You will laugh out loud no matter what order you watch them in.