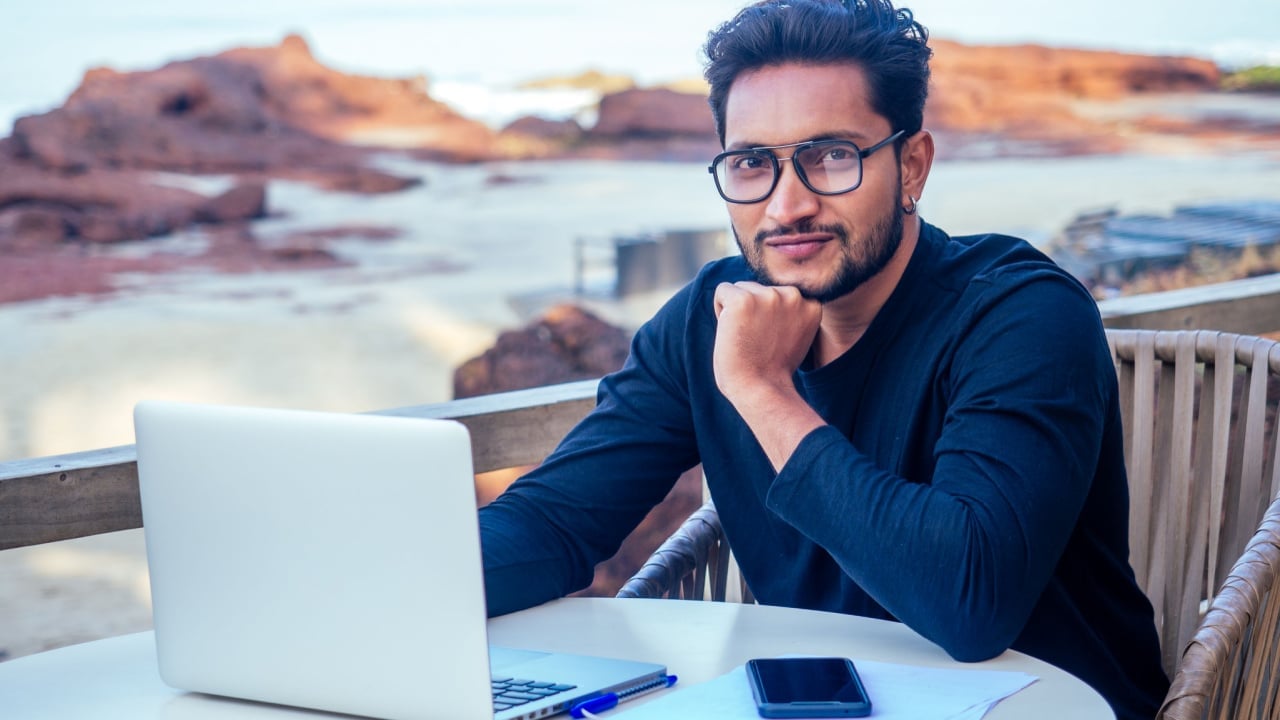 The number of countries offering special digital nomad visas has shot up from seven in 2021 to 49 in 2022. Now more and more people are seizing the opportunity of living a life on the road, with unexpected financial gain and security. Digital or techno-nomads – workers who utilize a laptop and wifi to work remotely – have existed since the 90s, and working abroad has always been appealing.

When Covid struck, it caused both a severe slowdown in tourism and an escalation in people working from home. In adjusting, some countries saw the value in attracting longer-term digital nomads. Thus was born a digital nomad visa, allowing visitors the right to stay in a country and work remotely for a foreign-based employer or business.

These long-term visas open new opportunities to those willing to work online. As a result, “slomadding,” slowly traveling as a digital nomad, is set to become the default lifestyle of this generation.

There’s no question that fewer young adults of this generation own their own house than the previous generation. According to Statistica, only 38% of those under 35s own a home.

The Bureau of Labor Statistics reports that in 2022 the average employee changes jobs every 4.1 years.

Without a house and high job turnover, putting down roots in one town could become a thing of the past. Instead, the stage is set for a lifestyle of travel and flexible online work to take over.

The term slomad is a combination of slow and nomad. Digital nomads and slomads work online while traveling the world.

Slomads spend much longer in one location than their traditional digital nomad counterparts.

In the past, this required exceptional circumstances such as dual citizenship or expensive business visas. But now a new lifestyle is being made available, and people are taking full advantage of it.

Why Are People Turning to Slomadism?

Forbes reports that the median savings for those 30 years old and younger in the U.S. is $3,240.

Many digital slomads choose to live in countries such as Thailand or Colombia because the cost of living is low. Cheap rent and lower grocery bills mean that younger slomads can quickly accumulate savings that can make buying a house back home a reality one day.

Slomads don’t buy cars or drive to work daily, so they have a much lower carbon footprint than their counterparts at home.

One study estimated the average carbon footprint of a digital nomad at 8 tons of CO2 per year, half the American average of 16 tons per year.

Slomads would be even less, since they travel even less frequently than typical digital nomads.

Who doesn’t want to explore the planet? Travel has benefits beyond satisfying our curiosity, however.

Language learning is a valuable resume skill in the job market, as are the independence and problem-solving abilities learned through long-term travel.

Slomads often return home more skilled and with more in the bank than those who stayed back home.

What Does a Digital Slomad Do?

According to data from Google Trends, there have never been more people searching for location-independent or freelancing jobs than now.

The job market reflects this demand with more opportunities to become location-independent. Covid normalized working from home, but social media and freelancing platforms such as Fiverr and Upwork have made freelancing a possibility for millions more.

There are already over 59 million freelancers in the U.S. jobs market, and it is predicted that 86.5 million people will be freelancing by 2027.

According to ZipRecruiter, these are the nine most popular types of freelance jobs.

Which Countries Have Digital Nomad Visas?

The list of countries offering visas specifically for freelancing or self-employed foreigners has grown steadily, now at 49 in 2022. Many countries hope that these new digital hubs may help economies bounce back after the effects of the pandemic.

Becoming a slomad doesn’t mean selling your house and possessions and leaving your friends and family behind. Instead, most start slowly, staying in another country for a month or two as an extended working vacation to see if it’s for them.

Many digital nomads share a familiar story. “I became a slomad after finding a work-from-home job. One day, I turned to my wife and said, ‘We don’t need to be here.’ The following week we were in Thailand,” one man explained.

It’s this lightbulb moment that so many describe. A realization that you can get your life together and spend years touring South East Asia or anywhere you like.

Although it may seem like a huge lifestyle change, there are only three things you need to do to become a digital nomad or slomad.

As freelancing opportunities continue to rise, many people will inevitably choose the slomad lifestyle.

Living in countries with lower costs of living makes sense, especially for young people who can't even imagine buying a home or unable to save much in their country of origin.

The digital slomad lifestyle offers freedom, travel, and more money to people who traditionally don't have many options.

This article was produced by Face Dragons and syndicated by Wealth of Geeks.

Originally from the U.K Greg has lived in Asia for over 15 years. Fluent in a handful of languages, he ran a management consultancy before creating Face Dragons, he spends his time traveling around Asia, writing, taking photos, and drinking coffee.

The Staying Power of The Beatles