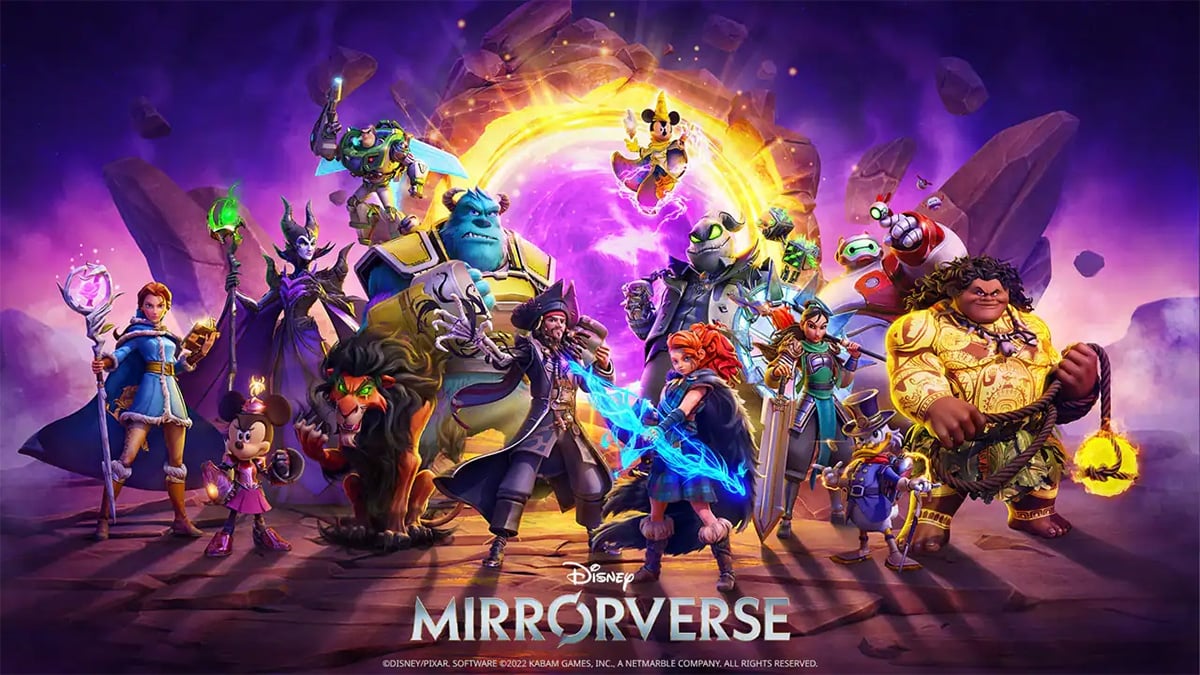 Disney Mirrorverse takes all your favorite heroes and villains from the Disney Pixar franchise and plops them in a brand-new alternate reality designed by Kabam. It's the only game where Ursula, Belle, Sully, and Jack Sparrow (among others) join the same team to defeat a mysterious enemy–the Fractured.

This action RPG-style mobile game features creative character designs, intense battles, and a storyline that will take you on many twists and turns.

The absolute best part of Disney Mirrorverse is the characters. Whether you're a massive Disney fan with a season pass to the theme parks or a casual consumer of Disney media like myself doesn't matter. Either way, you're sure to be tickled by the attention to detail the creators of this game took when building the characters.

Not only is the animation and design fantastic (take a look at Scrooge McDuck or Stitch), but each character has unique skills that relate to their personalities.

Take Rapunzel. She's the first Guardian you meet and comes wielding her trusty frying pan. There's also Sulley, known for his selflessness and dependability in Monsters Inc. In the Mirrorverse, his fighting class (Tank) reflects these traits.

Your guardians fit within four fighting classes. Melee guardians like Mulan, Captain Hook, and Anger have close-range fighting abilities and make a big dent in an enemy's damage. Support guardians, such as Belle and Mike Wazowski, can heal downed guardians to help others continue in the fight.

The main focus of the game occurs in Story Mode. In this section of the game, you follow a storyline through each level, which is split into ten segments. Once you pass through each segment, you reach a new setting, whether it's in a village, in a forest, or by the sea.

At each level's section, you and your team of guardians take on enemies in a small arena before battling that section's boss. You can switch control between your active guardians to use their specific skills in battle. While each of your characters brings different talents and special attacks to the table, the actual combat mechanics are elementary.

You control your character's movement by using an on-screen joystick, and all you need to launch an attack is to press a button. In most cases, you don't even have to aim, which means the first few levels are easy to complete. This lack of a challenge may bore some players who are big fans of intricate combat games.

I found the fighting to grow tiresome after a while. However, it's also fun to sit back on automatic mode and watch your favorite characters use unique attacks to fight off their enemies.

One of my biggest issues with Disney Mirrorverse is the lack of creativity with the background design. Don't get me wrong, the graphics are incredibly detailed, and the character designs are fantastic. But the settings lack creativity, particularly in the subsections of the game outside of the main story.

Take the Events section, for example. There's so much potential for incredible settings, such as the storyline that combines Toy Story and Frozen. But each Event arena looks exactly the same. They're all held in the middle of a desert, and I think this was a hugely wasted opportunity for an added spark to the game's world-building.

On the technical side, Disney Mirrorverse passes with flying colors. Detailed RPG-style games like this have a reputation for glitching out and quitting unexpectedly, but I never had any issues in the many hours I spent playing Disney Mirrorverse. I was also pleased to see that the loading time was speedy.

It's a free game, so I downloaded it, assuming I'd be bombarded with ads for microtransactions within the game. While I received a few pop-ups that encouraged me to spend some money, I was never required to pay to move forward in the game. You only need to dish out the cash if you want to unlock specific characters or access tools more quickly. But paying to enjoy the game to its full potential isn't necessary.

All things considered, Disney Mirrorverse is a fantastic free mobile action role-play-style game. You get to explore the Disney universe in a new way, with detailed depictions of Disney and Pixar characters from different worlds coming together to fight against evil forces. The storyline is fun and brings the characters' personalities to life as they use their specific skills in battle. It's not the most complex RPG out there, but it draws you in by enticing you with all the compelling characters you can collect.