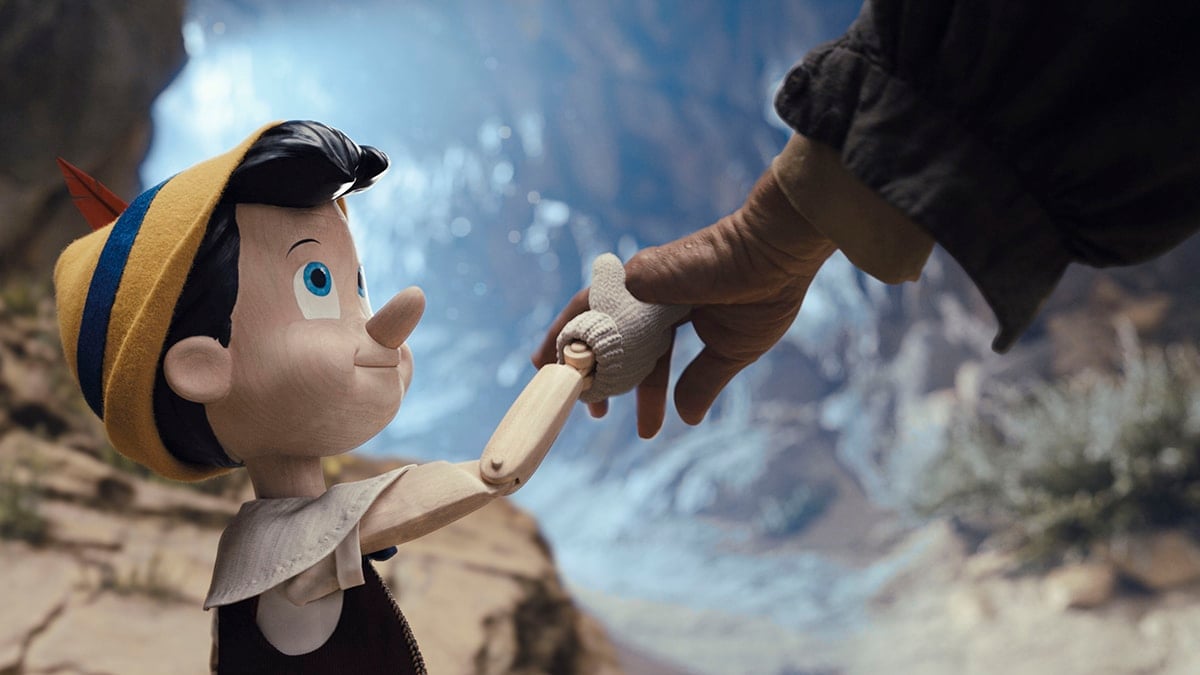 Just because two things have much in common does not necessarily mean they are the same. Take a play about morality and a morality play. One could be a rumination on life and philosophy, the other could easily be an anti-drug PSA.

Disney movies have long made a habit of incorporating the more harmless life lessons: hope, goodness, and remembering the more magical parts of childhood, such as believing in the power of wishes. None of that should leave audiences expecting Rachael Leigh Cook and a frying pan.

I half expected her to show up in Disney’s new live-action Pinocchio, which has a very firm set of expectations of what a good life looks like. And it looks about as cool as an anti-drug PSA. All the components are there – the judgment over how to live a life, the sad attempts at mimicking cool kids slang, the utter lack of redemption for those who are on the designated wrong side, and the absolute killjoy of a hero.

It’s hardly unexpected that Disney would want to lighten the mood. The 1940 original may have a 100% rating on Rotten Tomatoes and a reputation as a masterpiece, but it is one of the darkest films the company has ever created, and that’s including controversial, more adult fare such as The Hunchback of Notre Dame.

It’s hard to picture today’s kids enjoying a movie that features children screaming for their parents while undergoing horrific body transformations, or leaving the wooden boy himself face down in water, seemingly dead. And that was yet more watered down from the even darker source material which seemed to exist to terrify kids into being good.

Wheel Within a Wheel

Sure enough, in the opening minutes, the 2022 update is reassuring parents that their children are not about to be going through what they did. Jiminy Cricket (Joseph Gordon-Levitt) is such a cutesy narrator he interacts (and argues) with himself as the movie begins, and Tom Hanks is a Geppetto no one could object to. Otherwise, this guy who refuses to sell his cuckoo clocks and counts a fish, a cat, and a little wooden puppet he names Pinocchio as his only friends would be kind of a creepy weirdo.

But the movie can’t have that, any more than it could help to make nearly all of those said clocks Easter Eggs to previous Disney movies and products, an indication of soullessness if there ever was one. Once Pinocchio comes to life thanks to Geppetto’s wish and a truly magical Blue Fairy (Cynthia Erivo), the movie is desperate to convince us how good and normal he is, going so far as to have the narrator confirm that they form a “stable, well-adjusted household.” There’s none of that wonderful, unconventional weirdness here, no sir.

Sooner or later, Pinocchio has to leave and get on with learning life lessons, which include how being an actor/influencer is no way to go, and spending your days devoted to rule-breaking leads to some animal transformation. Not that this Pinocchio would even think of joining in on such bad behavior and risk his status as the good role model.

But even a place called Pleasure Island can’t be too attractive when it has your pal Lampwick (Lewin Lloyd) talking like a 40’s cockney and the rides having faux bad kid slogans like “give me a break.” Not even director Robert Zemeckis’s sense of visual splendor can compensate for such cringeworthy attempts to reach younger audiences. In terms of a good creative reimagining, it looks like we’ll have to set our hopes on Guillermo del Toro’s reportedly much darker version, which is set to hit Netflix in December.

Maybe it was a mistake to expect something other than a corporate cash grab, particularly in light of how this one is set to go straight to streaming rather than theaters. Chances are it’ll be remembered about as well as the live-action Dumbo movie. Yeah, I forgot that existed too.

Pinocchio is now available to stream on Disney+.

The Most Popular and Influential TV Shows of the 1960s

John Travolta’s Staggering Net Worth, Even After Massive Scientology Donations