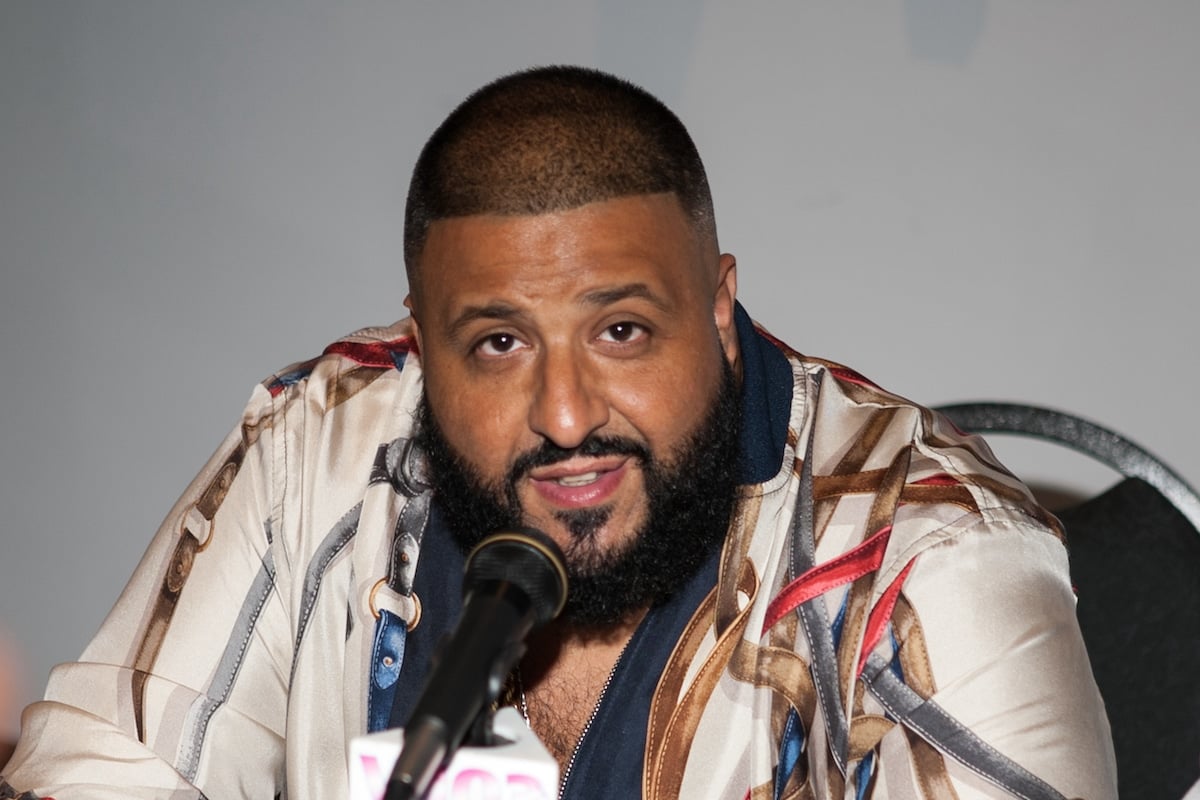 The Arab-American DJ and music producer has worked with top-level musicians such as Beyoncé, Lil Wayne, and Jay-Z and has produced hits including “I'm the One,” “All I Do Is Win,” and “I'm So Hood.”

DJ Khaled has a net worth of $75 million U.S. dollars. Born Khaled Mohammed Khaled, he is an American DJ, record producer, and record executive.

DJ has multiple revenue streams, including income from his New York Times Best Selling book, The Keys, contributing to his growing net worth.

DJ Khaled was born in New Orleans, Louisiana, on November 26, 1975. His Palestinian parents immigrated to the United States in their 20's.

According to Miami New Times, his parents arrived in America with only $20. They sold clothes at a flea market to make some cash and struggled for years.

His parents were also musicians who often played Arabic music in the house while he was growing up. Khaled was young when he became interested in music, particularly rap and soul.

He began his DJ career out of his garage at the age of 13 without much more than a keyboard, a turntable, and some records.

Khaled struggled to make money in his late teen and early twenties, often couch-surfing or sleeping in his car.

He didn't have much, but he did have his records and an indeterminable attitude to make it big in the music industry.

The Early Road to Fame

While working in record stores, Khaled began helping musicians like Lil Wayne and Birdman before their music careers took off.

He moved to Miami in 1998 to work at a radio station where he co-hosted with Luther Campbell of 2 Live Crew on WEDR “99 Jamz.” Several years later, he earned his own show at the station.

DJ Khaled's first stage name was Arab Attack, but that's not the only name he has gone by. Other stage names include Terror Squadian, Big Dog Pitbull, and Mr. Miami.

Khaled released his debut album Listennn…the Album in 2006. It climbed to number 12 on the Billboard 200 charts.

His second success came a year later when he released We the Best, featuring hit singles like “We Takin Over” and “I'm So Hood.” He collaborated with musicians like Fat Joe, Lil Wayne, and Akon.

Taking advantage of his success, Khaled started his own record label, We the Best Music Group.

He has produced rap and hip-hop albums such as Real Talk by Fabulous and All or Nothing by Fat Joe. He is also president of the record label Def Jam South.

Although DJ Khaled is one of the highest-paid musicians in the world, he accrued his $75 million net worth of earnings from more ventures than just music.

In March 2021, DJ Khaled partnered with Dolce & Gabbana on a clothing line of beachwear and ready-to-wear pieces.

They collaborated to design a tracksuit that was a fun blend of Khaled's Miami style and the high-end fashion of Dolce & Gabbana.

DJ Khaled's extensive exotic car collection is said to account for 8% of his total net worth.

Khaled owns 12 exotic and luxury vehicles, including a Porsche Panamera, an Audi Q5, a Lamborghini Huracan, and a Mercedes G-Class.

Others in his collection include:

Khaled has a considerable amount invested in real estate in the U.S. and internationally. These contribute to his net worth of $75 million. Some of his properties include the following:

Khaled has kept details about his marriage to his wife, Nicole Tuck, private.

However, he gained national attention when he streamed the birth of his son live on his Snapchat account.

Asahd Tuck Khaled was born on October 23, 2016, with an anxious DJ Khaled sharing the entire event with his audience of six million followers.

His hefty social media following has attracted the attention of major brands who have hired Khaled to promote their products, adding to his net worth.

DJ Khaled has a large following worldwide, especially in Arab countries. His Instagram account alone has over 30 million followers.

Some brands he has collaborated with include Weight Watchers, Apple, Amazon, and T-Mobile.

DJ Khaled recounts his life stories in his book, The Keys, published in 2016. It includes his opinions on success and talks about contributions from other artists.

This post was produced Wealthy Living and syndicated by Wealth of Geeks.