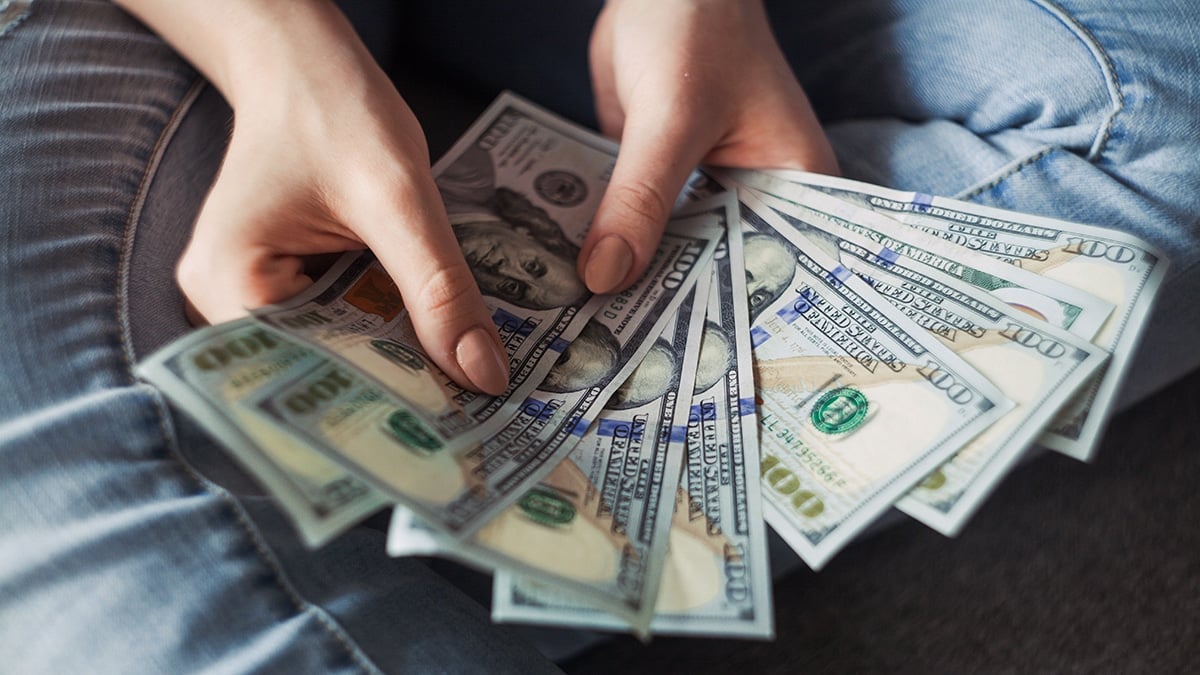 Although payments are becoming increasingly digital, a new TikTok trend is bringing cash back.

Adherents to this new personal finance trend, ‘cashstuffing,’ use nothing but cold, hard cash for their daily expenditures. As of August, over half a billion people have watched videos with the trend’s hashtag on the platform. But is it an effective saving hack or just another TikTok fad?

The trend is prevalent among Gen-Z, most of whom are at college or just entering the workforce, and Millennials – statistically the least economically advantaged generation in US history. According to Harry Turner of investing education website Sovereign Investor, cashstuffing is popular among younger savers who are worried about their future earning potential amid incoming economic stagflation.

Although the pandemic brought a slew of businesses trying to phase out cash for good, cashstuffing could be viewed as a generational pushback against the seemingly inevitable transition to digital payments by frugal, student-debt-saddled youth who are eager to avoid more economic pain.

As far as a budgeting hack, though, anyone can try stuffing.

When cashstuffing, people first withdraw cash from their paycheck or bank account. They then divide it according to their spending targets for their weekly or monthly budget.

In this way, the cashstuffing method materializes your budget in physical form. Instead of budget categories occupying little cells in an Excel spreadsheet (“Gas,” “Groceries,” “Rent,” etc.) with cashstuffing, you write these words on each physical envelope and place the cash inside.

Some cashstuffers use a binder to keep their envelopes organized. Many binder designs are available on platforms like Etsy, with pre-labeled envelopes for added convenience.

As the month passes, stuffers take the cash out and spend it as needed. Cash cannot be swapped between envelopes – this enforces the budget. Any money left over at the end of the month can go toward a small indulgence or be stored away for a rainy day.

Everything Old Is New Again

Squirreling away cash like this has its precedents in bygone penny-pinching trinkets (think piggy banks or jam jars). Yet cashstuffing is just a revival of the envelope budgeting method used by generations in the early 20th Century. Only now, it goes by a hipper name.

Some of the cashstuffing challenges on TikTok have deep historical roots too. The ‘100 day challenge’ is the most popular, based on a formula discovered by 19th-century German mathematician Carl Friedrich Gauss.

Several psychological studies support the idea that cash curbs our impulse to splurge.

In October 2020, the Federal Reserve’s annual study of American consumer habits revealed that the use of cash slid to 19% of all payments over a three-day period (down 7% from 2019). However, the same study found that average three-day monthly spending had risen from $4,236 to $4,760 over the same year.

The creeping increase in spending could stem from the rise of more convenient forms of payment over cash, which remains clunky by comparison.

Card use has been reducing the friction of purchasing for decades now. As far back as 2001, research by MIT found that consumers who used credit cards when shopping spent up to 100% more than if they had paid using cash.

More recently, research by Avni M. Shah, an assistant marketing professor at the University of Toronto Scarborough, showed that consumers feel more pain when parting with physical dollars than any other form of payment. That can be useful for savers since avoiding the pain deters people from opening their wallets unless necessary. It is worth noting that Shah also found that consumers feel a more meaningful emotional connection to their purchases when using cash.

Cashstuffing seems ideal for a specific demographic of savers. It may work best for singles who are just starting saving and have a reasonably simple budget, and don’t need to pay for things digitally.

As Kendall Clayborn, a certified financial planner at SoFi says: “Breaking down a larger saving goal that may take years to achieve into smaller, monthly goals allows you to stay focused and get those wins sooner, keeping you motivated.”

Clayborn also says cashstuffing encourages savers to set aside time each month to review their spending and plan their budget, which instills good financial habits over the long term.

Ultimately, whether cashstuffing is suited to you depends on your personal circumstances. It might not be practical for people with more complex budgets. Business owners, for instance, typically have a raft of digital transactions to perform every month (and if all were done with cash, it might attract the attention of tax authorities.)

But for frugal college students, or possibly cash-strapped pensioners, it may be a great fit. Those who are visually oriented and enjoy using physical diaries, stickers, and other stationary objects in their workflow will likely feel cashstuffing clicks naturally with their lifestyle.