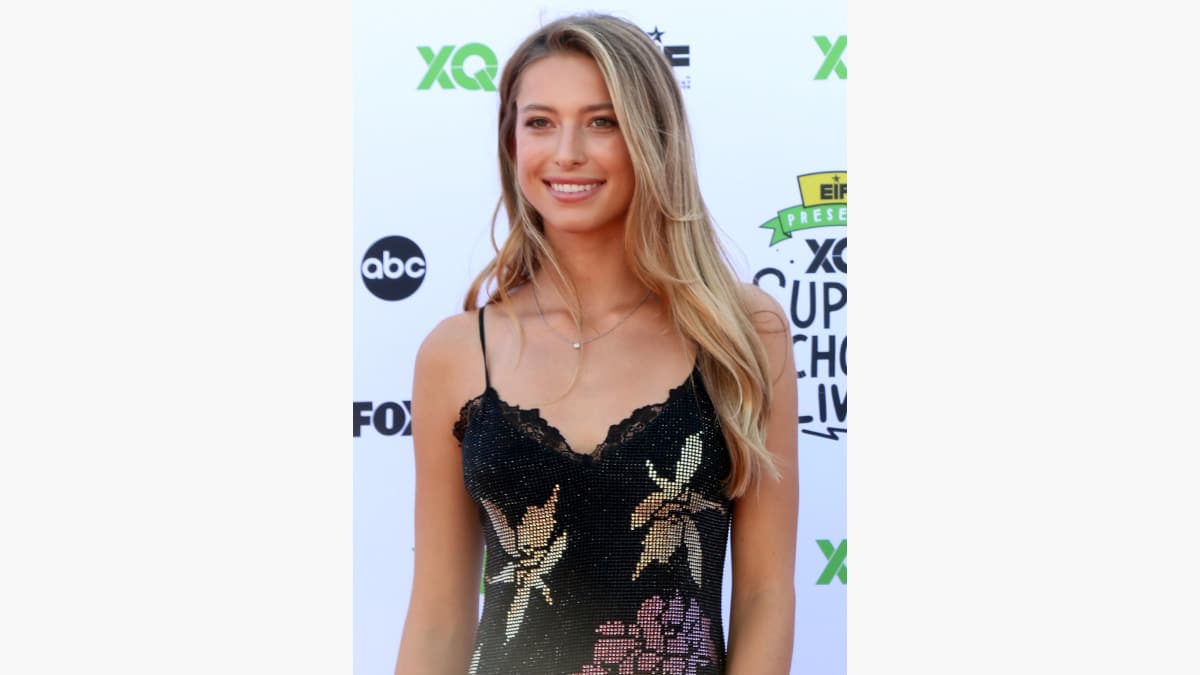 Who Is Eve Jobs?

Eve Jobs is the youngest child of the late Apple co-founder Steve Jobs and Laurene Powell Jobs. She is a Stanford University graduate who has largely stayed out of the public eye since her father's death in 2011.

What Are Some Things Eve Jobs Likes To Do?

Jobs recently made headlines with a simple Instagram post in March 2022 announcing she was joining the modeling agency DNA Model Management, one of the world's most prestigious modeling agencies.

No stranger to the fashion world, Jobs first made her modeling appearance as part of a Glossier holiday ad campaign in December 2020. Then, in September of 2021, she made her runway debut at Paris Fashion Week, walking in the Coperni Spring 2022 show. Eve's latest feature is in Vogue Magazine's May 2022 issue.

Interestingly, Eve's world isn't all celebrity glitz and glam. She is also an accomplished equestrian and competed in the 2019 Pan American Games, helping to earn the US the bronze medal in team showjumping.

Since she was a child, Eve has been fascinated with horses and credited them for helping her remain humble and teaching her independence, dedication, and perseverance.

How Much Did Steve Jobs Leave His Daughter, Eve?

Steve Jobs died at age 56 of pancreatic cancer on October 5, 2011. He famously didn't believe in inheritance, so Eve and her siblings did not receive the entire inheritance. Steve firmly thought that his children needed to work for their money, so the former Apple CEO's amassed fortune of about $10.5 billion was left to his wife, Laurene Powell-Jobs.

Who Are Eve Jobs' Siblings?

Eve Jobs is the youngest of four children by Steve Jobs. Her full siblings are sister Erin Siena Jobs and brother Reed Jobs.

The eldest of Steve's children is a half-sister Lisa Brennan-Jobs, a child that Steve initially refused to acknowledge for many years. Despite his refusal to acknowledge her as his daughter, Steve Jobs named an early Apple computer “Lisa” and later admitted that it was a nod to his daughter and not an acronym as he initially claimed.

Since his death, Lisa has revealed that she and her siblings did receive several million each from their father.

What Will Happen to Steve Jobs' Fortune?

As of 2021, Powell-Jobs was worth over $22 billion but has been attributed with saying, “My relationship with money is that it's a tool to be self-sufficient, but it's not something that is a part of who I am.”

She also told The New York Times, “I inherited my wealth from my husband, who didn't care about wealth accumulation. I'm not interested in legacy wealth building, and my children know that. Steve wasn't interested in that. If I live long enough, it ends with me.”

In 2021, Laurene announced she would invest $3.5 billion over the next ten years to address the climate crisis via the Waverley Street Foundation, a non-profit organization Steve Jobs set up in 2016. The funds will focus on “initiatives and ideas to help underserved communities most impacted by climate change,” said a spokesperson for Emerson Collective. “Efforts will focus on housing, transportation, food security, and health.”

What Is Eve Jobs' Net Worth?

Some think Eve Jobs is the wealthiest heiress globally, but they are incorrect. While her net worth is unknown, the Jobs family is estimated to be worth over $20 billion.

According to Forbes, the top 3 richest women worldwide are all heiresses.

No, the Jobs family does not receive any money from Apple directly. After Steve's death, Laurene Powell-Jobs inherited his fortune with billions of dollars in Apple and Disney stock. So in a way, the family is earning (or even losing) money from any fluctuations in Apple stock if they still own it.

What Can We Expect From Eve Jobs in the Future?

Despite her privileged background, Eve comes across as down-to-earth and relatable. In an interview with EFE in Langley, Canada, she spoke candidly about her love of horses and successfully managing school, life, and show jumping. She seems to have a clear plan for herself and is working hard at reaching her goals.

Eve Jobs is still young and has her whole life ahead of her. While she seems to be focusing on her modeling career, it's anyone's guess what she'll do next. Eve could follow in her mother's footsteps and become a philanthropist or venture into a business like her father. Only time will tell!

What do you think Eve Jobs will do next? Let us know in the comments below.

This post was produced by Motherhood Life Balance and syndicated by Wealth of Geeks.

Victoria Cornell is the founder of Motherhood Life Balance. She helps busy moms find peace in the midst of the chaos, transform their mindset, get organized, and find the fuel to live their best life. You can find her at https://motherhoodlifebalance.com/

A Boatful of Wonder – Cruising on Disney’s Favorite Ship

10 Celebrities Everyone Forgot Are Canadian