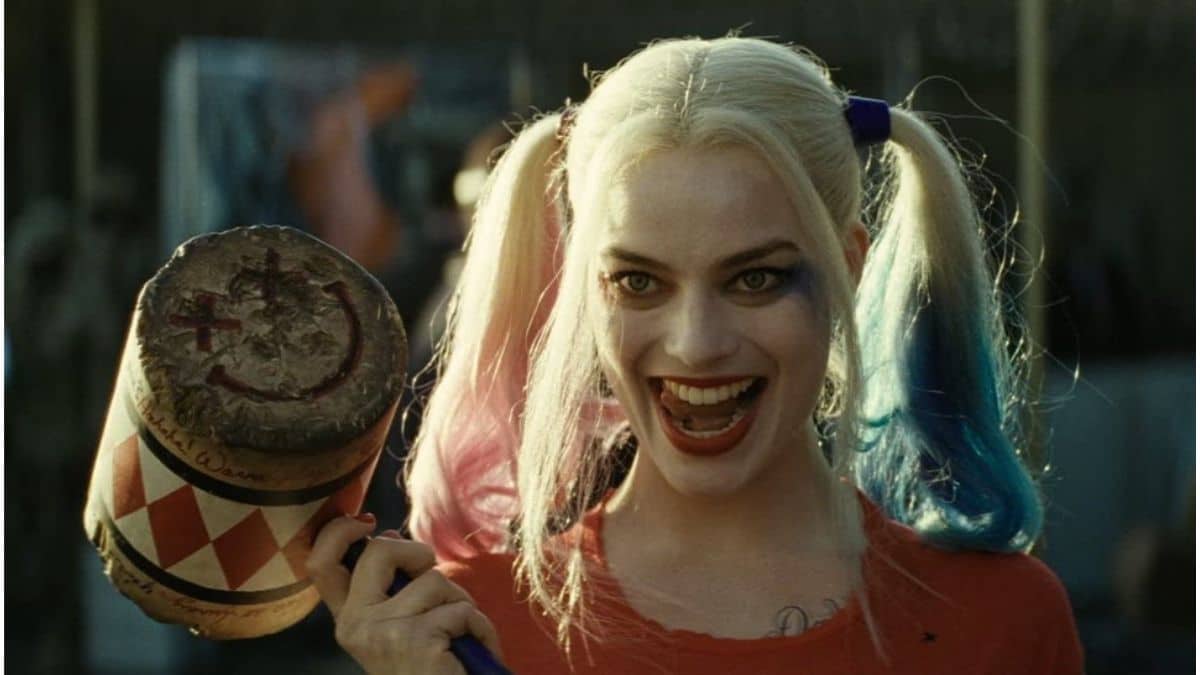 The DC Extended Universe is a movie franchise centered around a series of films that share a universe and continuity. There are eleven movies in the franchise (twelve, including Zack Snyder's Justice League), and they've been a mixed bag in terms of quality.

The most recent release, Black Adam, hit theaters in 2022. Typical for the DCEU, it's received mixed reviews. But where does it stand in the franchise rankings?

In this piece, we'll rank every movie in the DCEU – including Black Adam and Zack Snyder's Justice League – from worst to best. Let's get to it!

Suicide Squad is the third installment in the DCEU, and it's about the comic book supervillains of the same name. In the movie, a secret government agency builds a team of imprisoned supervillains to carry out risky black ops missions in exchange for reduced sentences. In this case, they must save the world from an ancient and potent mystical threat.

It's an awful movie. Despite its all-star cast, Suicide Squad fails on almost every level. It looks horrific, it's meant to be funny and isn't, the characters are underdeveloped and poorly written, and the plot is a complete mess. It's by far the poorest movie in the franchise.

Batman v Superman: Dawn of Justice is the second installment in the DCEU, and it centers around DC's two most popular characters, the Dark Knight and the Man of Steel. In the movie, evil mastermind Lex Luthor – who is hellbent on destroying Superman – manipulates the two heroes into fighting each other. However, they ultimately join forces to fight a dangerous threat of Luthor's creation.

Given what its premise promised, Batman v Superman is the most disappointing movie in the DCEU. There's not an ounce of fun in the story. The special effects cause incoherence and overwhelm the film, it has no heart, and it portrays Superman and Batman in a way that suggests the filmmakers don't know the characters.

Justice League is the fifth installment in the DCEU, and it's about the iconic superhero team of the same name. In the movie, in the aftermath of Superman's death in Dawn of Justice, Batman and Wonder Woman recruit the Flash, Aquaman, and Cyborg to save Earth from the apocalyptic threat of Steppenwolf and his Parademon army.

Due to the tragic passing of Zack Snyder's daughter, Joss Whedon took over the post-production of this movie. Frankly, he ruined it. It was almost as big a disappointment as Batman v Superman. It's poorly paced, features some awful CGI, has a paper-thin plot, and Steppenwolf is a severely underdeveloped villain. It was a real missed opportunity.

Wonder Woman 1984 is the ninth installment in the DCEU and the sequel to 2017's Wonder Woman. Starring Gal Gadot as the eponymous heroine, set in 1984 during the Cold War, it follows Wonder Woman and her long-lost love, Steve Trevor, as they go up against Maxwell Lord and Cheetah.

Not Quite What Fans Wanted

It's a fun escapist movie that depicts the 1980s wonderfully, but it could be better overall. There are some joyous and thought-provoking moments, and it comes with a poignant message that lying is never without consequences, but it misses the mark compared to its predecessor. Its script is poor, and some of its attempts at humor fall seriously flat.

Black Adam is the eleventh installment in the DCEU, based on the eponymous comic book antihero that's in the same universe as 2019's Shazam! In the movie, Black Adam is freed from his earthly tomb almost five millennia after he gained the powers of the Egyptian gods. Angry, he emerges poised to unleash his unique form of justice on present-day Earth.

Visually, it's a spectacular treat, and Dwayne Johnson is excellent as the movie's lead, but Black Adam has a paper-thin plot and feels exceptionally formulaic. It tries to play out as a family movie, but the main character outright murders people, which makes the whole thing a bit messy. However, it does set up an exciting future for the DCEU.

Aquaman is the sixth installment in the DCEU and is about the famous superhero of the same name. In the movie Aquaman, AKA Arthur Curry must lead the Kingdom of Atlantis and prevent his half-brother, King Orm (Patrick Wilson), from uniting the seven underwater kingdoms to attack the surface world.

We're at the point in the list where the movies start getting genuinely good. Aquaman is a visual triumph with a charismatic lead. The action is excellent, it's a lot of fun, it has a lot of heart, and the finale is spectacular. We must reiterate just how good it looks. The production design is excellent, and the CGI is impressive. It's so colorful and boasts some of the most imaginative sequences in the franchise.

Zack Snyder's Justice League is the director's cut of the 2017 movie Justice League, as Snyder originally intended it to be before Joss Whedon got his hands on it. It has the same basic plot, whereby the Justice League unite to fend off the attack of Steppenwolf and his army of Parademons, only with more Darkseid overseeing the attack. 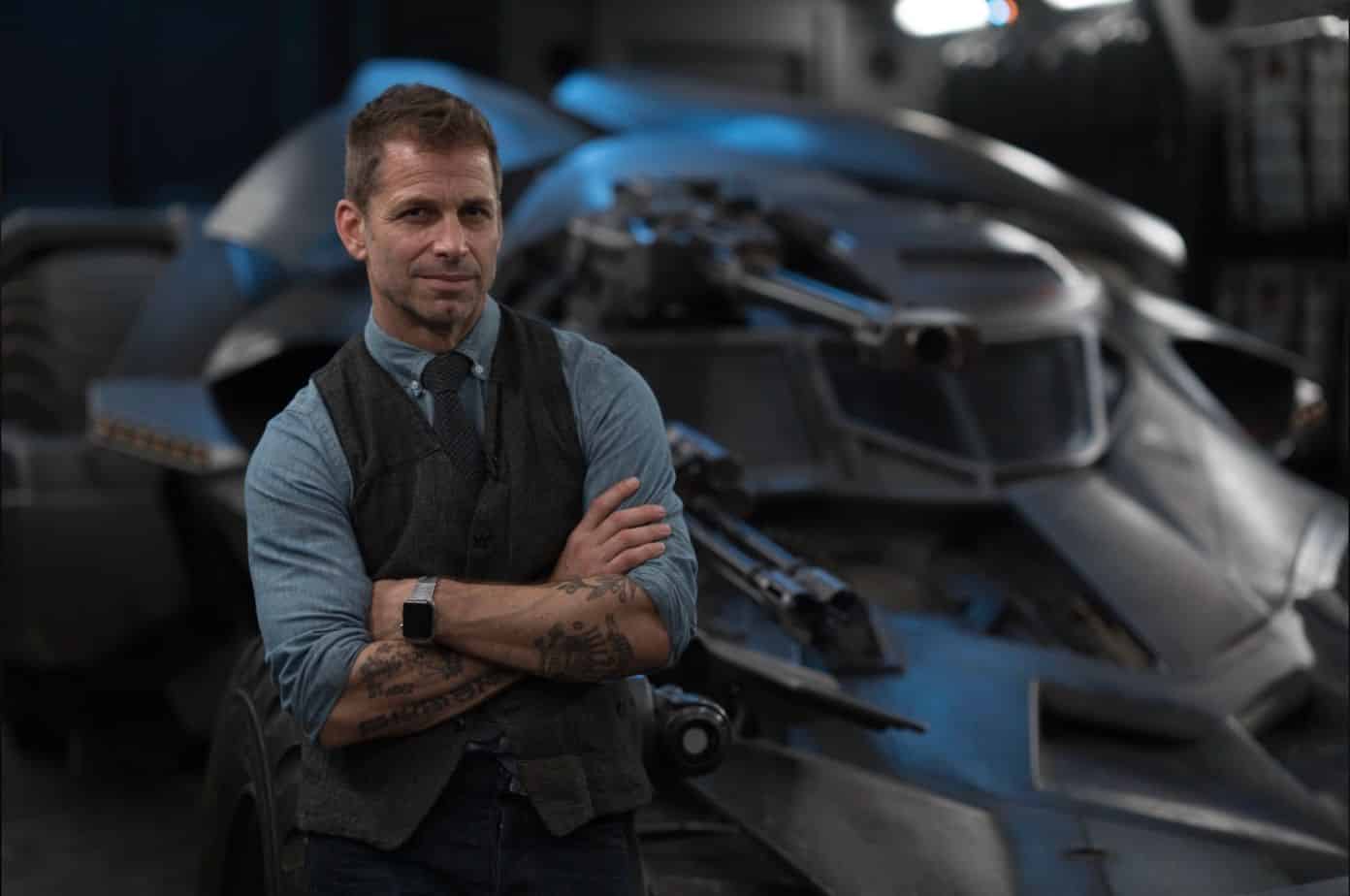 It's infinitely superior to the version initially released. Sure, it's incredibly long at 242 minutes, but it undoubtedly satisfied those fans who willed it into existence. It's a darker movie, which better fits the threat of its villain, and the characterization is vastly improved. It also looks much better as Snyder's filmmaking techniques come to the fore. It feels more like a “proper movie” than a cheap popcorn flick like the original theatrical release.

Birds of Prey (and the Fantabulous Emancipation of One Harley Quinn) is the eighth installment in the DCEU. It's about the eponymous team of female superheroes, and it's a sequel to and spin-off of Suicide Squad. It follows Harley Quinn, the Huntress, Black Canary, and Renee Montoya as they try to save Cassandra Cain from Black Mask.

It's a hugely underrated movie that doesn't get the respect it deserves. The action is well-choreographed and fast-paced, the screenplay is excellent, it's funny, and it looks great. Margot Robbie's performance as Harley Quinn excellently captures the character's true anarchic nature. It's violent in such a delicious way that it captivates you.

Man of Steel is the first installment in the DCEU and a reboot of the series of DC's most iconic character, Superman. It's an origin story in which Clark Kent learns he's a superpowered alien from the planet Krypton. He becomes Superman, humanity's protector, defending the world from General Zod and preventing him from destroying humankind.

It's by far the most underrated movie in the franchise. Man of Steel is a great film that looks wonderful and has some genuinely exhilarating action. Henry Cavill does the eponymous character justice in a way that only Christopher Reeve had before him. The conflict between him and Zod is superb. It gets a tad boring for a short spell, but the film's better aspects compensate for that.

Shazam! is the seventh installment in the DCEU and is based on the superhero of the same name (formerly known as Captain Marvel in the comic books). It's about teenager Billy Batson who gets chosen by the ancient wizard Shazam to be his new champion. Saying the name “SHAZAM” transforms him into a powerful adult superhero, and he must defeat the evil Doctor Sivana.

It's an absolute joy to watch. It's effortlessly entertaining and has so much heart, humor, and goofiness. It's the dream for millions of youngsters to gain superpowers and this movie grants that wish. The acting performances from Shazam!‘s young cast are incredible. It's a real feel-good movie and one of the DCEU's most pleasant surprises.

The Suicide Squad is the tenth installment in the DCEU and a standalone sequel to 2016's Suicide Squad. Again based on the eponymous team, this one sees them sent to the South American island nation of Corto Maltese to defeat the giant alien known as Starro the Conqueror before it ends up under the local government's control.

This movie has all the hallmarks of a typically great James Gunn offering. It's fast-paced, energetic, violent, unruly, and utterly hilarious. It defies the usual rules of modern superhero movies, as it's pulpy, outrageous, and bloody. Viewers should revel in the joyous destruction that takes place throughout. The Suicide Squad is pure unadulterated fun.

Wonder Woman is the fourth installment of the DCEU and the first to star the iconic heroine as its leading character. In this movie, Wonder Woman attempts to stop World War I, as she believes Ares started it – the longtime enemy of her people – after American pilot Steve Trevor crash-lands on her home island of Themyscira and tells her so.

It's the best movie in the franchise. The direction is sublime, the acting is terrific, the chemistry between Gal Gadot and Chris Pine is perfect, the historical aspect is on-point, and the action is excellent. It's a gorgeous movie in every way, and, to put it simply, it's a monumental success.

Meet the Boys With Luv: The Newbie’s Guide to BTS