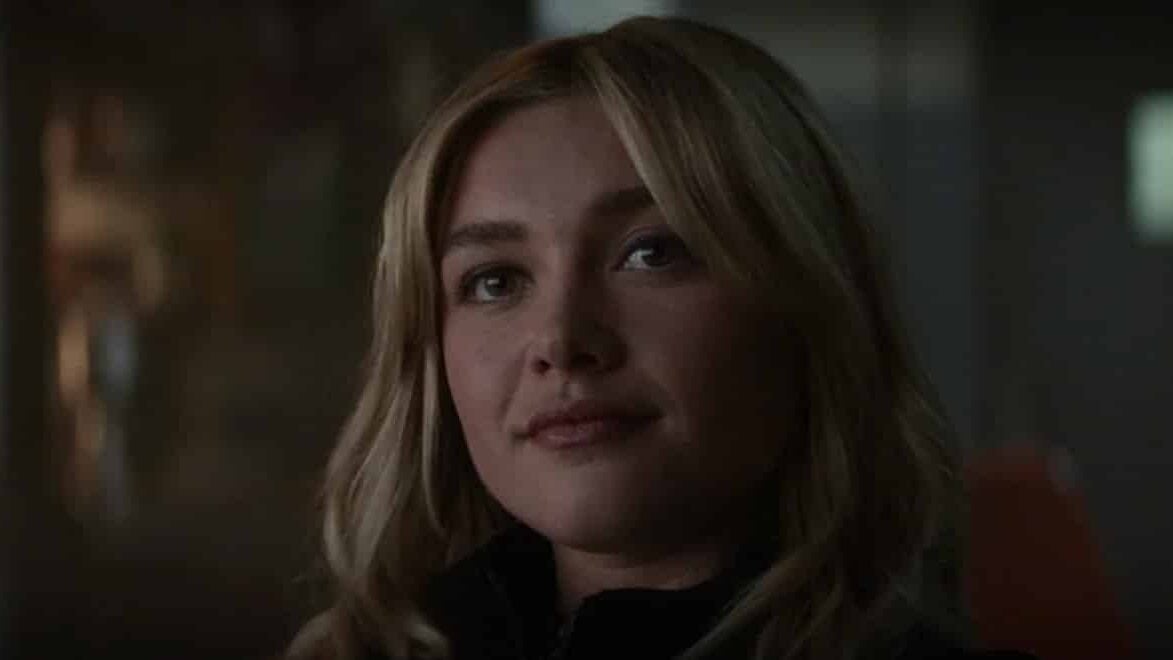 Whether your love historical dramas like Little Women, A24's mind-bending films, or you love to get lost in the Marvel Cinematic Universe—Florence Pugh has been in them all since her arrival on the silver screen. Here at Wealth of Geeks, we love to help you find the best films to watch featuring your favorite actors.

Since making her onscreen debut, Florence Pugh’s star has steadily been on the rise. An Academy Award Nominee at 26 for Little Women, her career has been marked by the wide variety of projects she has taken on, and the range she shows as a performer.

With her lead role in Don't Worry Darling catapulting her once again into the spotlight this weekend, we’ve compiled a list of ten Florence Pugh movies to get you better acquainted with one of Hollywood’s brightest new voices.

Florence Pugh’s first-ever film, The Falling, has a dicey plot and deals with a very heavy subject matter. But it was her performance as a 1960’s schoolgirl alongside Game of Thrones star Maisie Williams that catapulted her into her first major starring role and set the stage for her to become a household name.

Though not her first movie, Lady Macbeth is the film that put Florence Pugh on the map. It’s not a Shakespeare adaptation as the title might suggest. Still, Pugh’s character Katherine does have a lot in common with Lady Macbeth, specifically a drive to do whatever is necessary to ensure her own happiness, survival, and control over her own life, including killing anyone who gets in her way.

Unlike Lady Macbeth, Amazon Prime’s King Lear is exactly what the title would suggest: an adaptation of Shakespeare's play about an elderly king who divides his land between his three daughters.

Set in an alternate war-torn London, the production boasts a cast of heavy hitters including Anthony Hopkins as Lear and Emma Thompson as Goneril. Playing the tragic youngest daughter Cordelia, Florence Pugh holds her own and stands out in a whirlwind of language, production, and star power that might have engulfed a lesser performer.

When you think about “Florence Pugh” and “horror” together, the first movie that comes to mind is probably Midsommar. But she actually made her genre debut the year before in Malevolent, a film about a brother and sister who investigate haunted houses and scam the owners into thinking they can help.

That all changes when they take a new job only to find their new employer has secrets of her own. Though the lesser-known of her forays into horror, it also cemented her place as a “Final Girl” of the genre.

If Outlaw King got headlines for one thing, it was for being the movie where you see more of Chris Pine than your Princess Diaries 2-loving heart could ever have imagined. But the movie is so much more than that blink-and-you-miss-it moment. Outlaw King is a historical dramatization of the life of Robert the Bruce (Pine) with Florence Pugh in the role of his wife Elizabeth de Burgh.

Is it the most historically accurate take? Probably not. But it also resists the temptation to be an all-out bloody mess, and instead threads that needle between a dramatic war film and a thoughtful character piece. Pugh shines through in her role and is actually given something to work with, which is not always the case in a genre of film that usually treats women as an afterthought.

Fighting With My Family

From one kind of biopic to another, Fighting with my Family stars Pugh as real-life WWE professional wrestler Saraya “Paige” Knight. While her later work might have comedic elements (see: Little Women, Black Widow), this is the rare opportunity where Pugh really gets to flex her comedic chops – and her wrestling ones – and go for the all-out laughs.

As always, though, she shows her range by making sure that throughout the more physical or comedic aspects of the performance, the heart always shines through.

Horror is having something of a mainstream renaissance, and Midsommar is one of the key players. Set at a midsummer festival in Sweden that slowly becomes more and more horrifying, the film centers on Dani (Pugh) a struggling college student who attends the festival with her boyfriend and a friend and slowly gets pulled into the cultish practices of the group running the celebration.

While a lot of horror films default to either suspense or gore, what makes Midsommar work so well is the way it balances both, while never losing sight of the characters at the heart of the story.

As a self-professed lifelong Jo March, I have a hard time reconciling with the character of Amy March. But Pugh’s take on the character in Greta Gerwig’s Little Women made me reconsider my stance.

The overall portrayal of the character is strengthened by the decision to have Pugh play the character in both the childhood and adulthood portions of the film, unlike the 1994 version, which had the role switch from Kirsten Dunst to Samantha Mathis at the halfway point. Because of this, we can see how Amy grows from a girl who thinks the world ought to revolve around her to a young woman who just wants to be someone’s priority without losing her sense of self.

Despite pandemic-related delays pushing back the release date of Natasha Romanoff’s swan song, Black Widow finally arrived in 2021. Though partially intended to give Scarlett Johanssen’s character a proper sendoff, the film served the double purpose of introducing her sister Yelena Belova to the MCU, just in time for her to take her place in Phase 4 – and beyond!

Once again, Pugh gets to use her dramatic chops and establish herself as an action star to be reckoned with. Plus, her deadpan sense of humor was one of the highlights of the movie and brought much-needed levity to the scenes in between the massive action setpieces.

So what’s next for Florence Pugh? She is slated to appear in The Wonder by director Sebastian Lelio and based on Emma Donoghue’s novel of the same name later this year on Netflix. The Wonder is the story of an English nurse sent to Ireland to observe a medical anomaly, and is described as “a psychological thriller, and a story of love pitted against evil.”

For those who want some idea of what to expect, Donoghue is also the author of Room, which became the Oscar and BAFTA winning film starring Brie Larson in 2015. 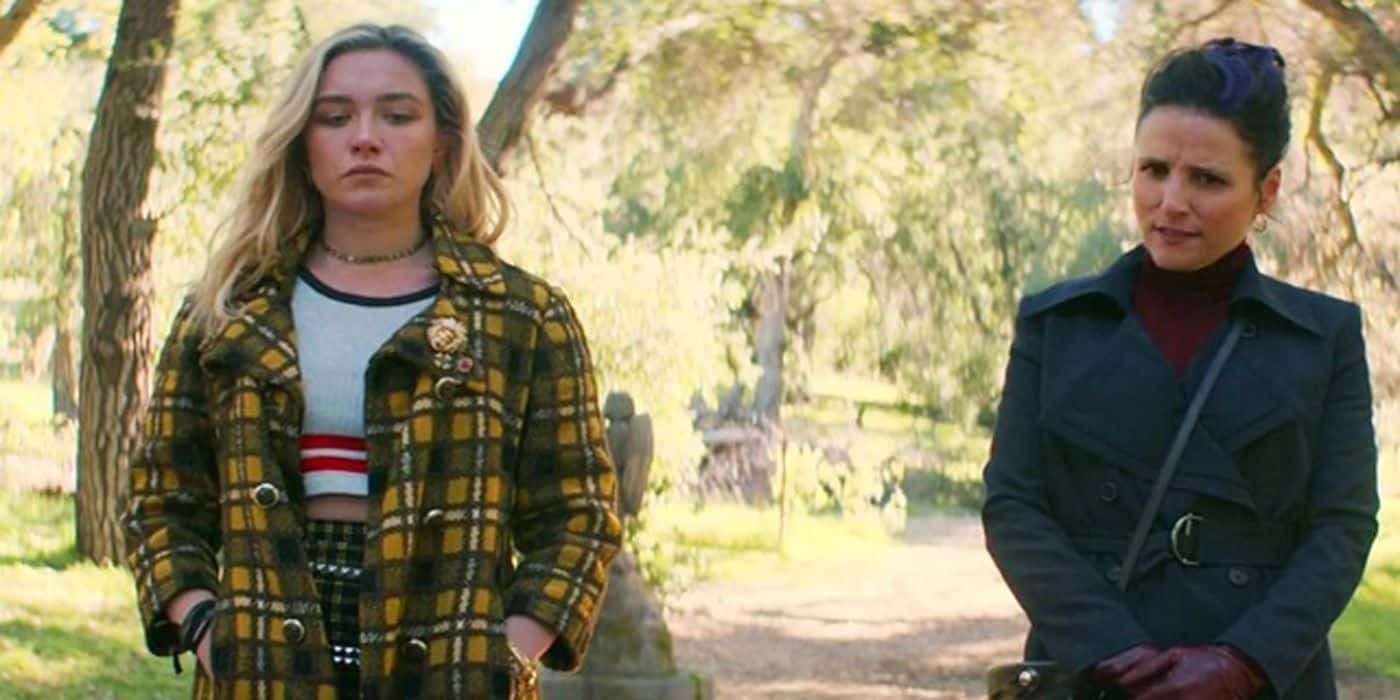 Of course, Pugh also made a big splash on Disney+ returning to the Marvel Cinematic Universe as Yelena Belova in Hawkeye. And as announced at San Diego Comic Con, she'll be in Thunderbolts along with her MCU dad, Red Guardian and Julia Louis-Dreyfus as Valentina Allegra de Fontaine

If you aren’t already keeping an eye on her, as the range on this list shows, Florence Pugh is one to watch!

Keep it here for the latest on all the movies now in theaters.

10 Movies From the 80s That Aged Like Fine Wine