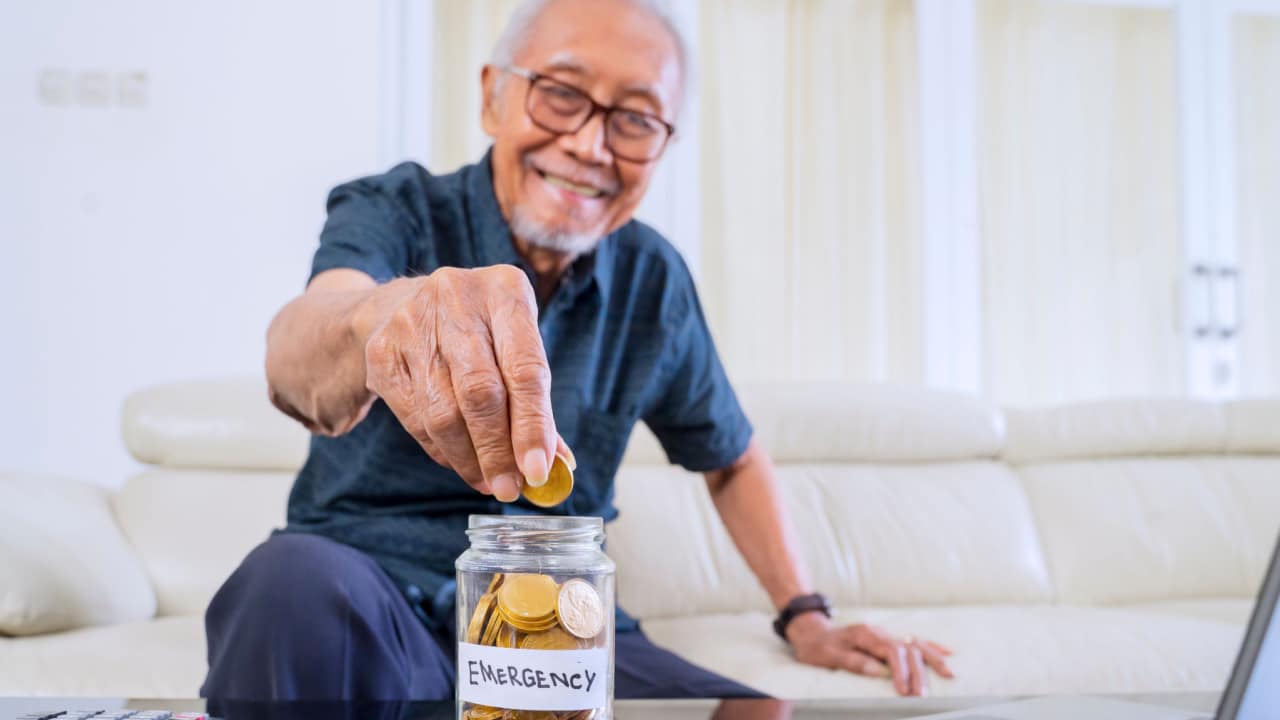 Being broke is a precarious situation with so many ways to lose money, from overdraft fees to credit card interest and cash flow struggles. A rainy-day fund is a part of your financial defense that can keep you from going broke on bad days. An emergency fund allows you to pay for car repairs, unplanned medical bills, and when you’re unemployed.

Despite how important a financial cushion is, building one can be difficult for many people because there isn’t enough to spare.

A May survey by LendingClub found that 58% of American adults, or about 150 million people, live from paycheck to paycheck. In May 2021, this number was 54%. High-income earners are surprisingly not exempt as the report shows they are also stretched thin. For instance, 30% of people who make at least $250,000 yearly live paycheck to paycheck.

Similarly, a Federal Reserve report says that 36% of Americans don’t have enough money to cover a $400 emergency, and the rest have savings of $5,000 or less. Yet, financial professionals have persistently recommended that building an emergency fund be prioritized. The conventional recommendation for building one has been to have three to six months’ worth of expenses saved for emergencies. But how possible is this given the reality on the ground?

How Much Should Be in an Emergency Fund?

Some financial experts argue that the rule of thumb, irrespective of an individual’s earning or spending power, as the case may be, is well-founded.

Concerning this, William O’Donnell, CFP and wealth manager at Heartland Financial Solutions, says: “The three to six months rule is still a valid objective if for no other reason than the amount of savings you have does not relate to the size of the emergency expense. That air conditioner will cost whatever it costs; the fact that you’ve only got $400 in savings isn’t going to change the price.”

Mark Stewart, an in-house Certified Public Accountant for Step By Step Business, argues that the amount of money in people’s emergency funds differs because of income variations. The fact that people are nursing different essential needs makes it impossible to say how much they need to put in their emergency funds. “Furthermore, he says, “most people are already living on emergency funds due to the recent economic downturn.

Stewart suggests splitting your salary to make room for emergency funds by twisting the 50, 30, 20 rule as such:

Building an emergency fund Stewart says, entails that you articulate your needs and essential expenses to deduce what an emergency will mean to you. This can help you know how much of your income you would want to dedicate to building your emergency fund.

“Another metric,” Jeremy Keil, CFP, CFA, a retirement-focused financial planner with Keil Financial Partners says, “could be 3-6 months of ‘fixed expenses.’ If you’re truly in an emergency situation, your goal should be keeping a roof over your head, keeping the gas and electricity from being shut off, and having food in the house.” He notes that your normal expenses most likely include a lot of ‘fluff’ or ‘extras’ that you truly don’t need to plan for in your emergency fund.

For the minimum amount you should have in your emergency funds, Jeremy agrees with what experts, most notably Dave Ramsey, recommend, aiming for $1000 as your first goal amount.

A savings fund is for when you have a planned situation, like buying a boat or replacing your roof next year, and you are wisely saving for it ahead of time instead of planning to use a loan to buy it. Technically, Jeremy says, if you don’t have anything specific to save for, then there’s no need for it.

It may be wise to prioritize funding an emergency fund before putting your sights on other financial objectives.

How Much Should You Have Stashed at Home?

Having a large amount of cash at home is the most insecure financial strategy. However, catastrophes like power outages or natural hazards can make it imperative to have some money on hand. For instance, you may lose access to digital funds, or banking systems may go down. If you have cash handy, buying necessities like gas, food, and medicine becomes easy.

Experts recommend keeping as little cash as possible on hand at your house. According to Stewart, having money at home depends on several factors, such as family size and income. Aside from emergency funds, Stewart advises that you should have from $300-$1500 for a family of one to five individuals. How to Travel for Less: Insights from Veteran Travel Hackers