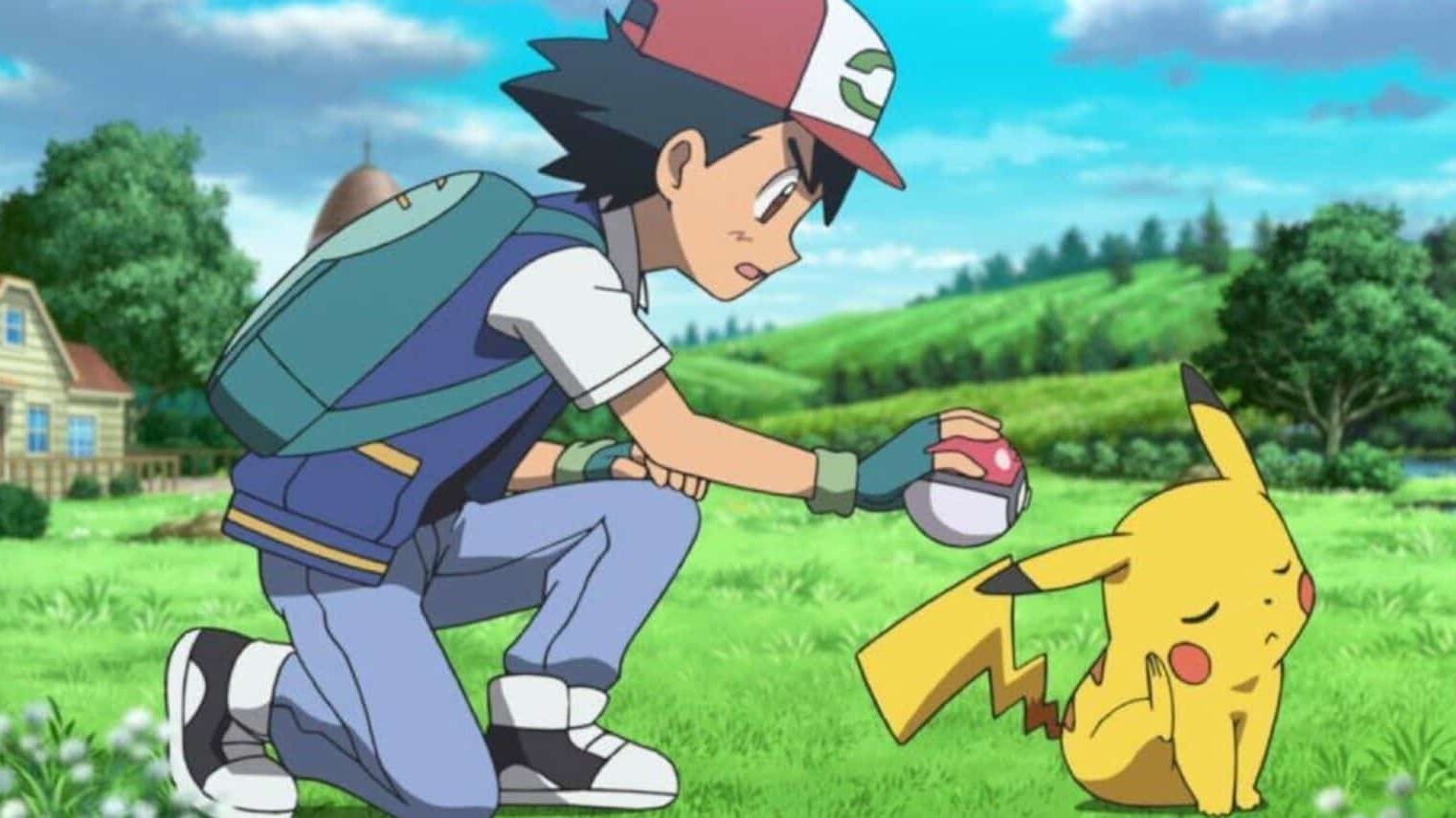 Pokémon is easily one of the most successful mixed media franchises ever, with the original Game Boy game kicking off in 1996 and serving as the pivot point for comic series, cartoons, toy lines, apparel, and multiple forays into different realms of the gaming world.

Revolving around a small crew of trainers led by Ash as they attempt to become Pokémon masters through an ongoing series of tournaments, the show’s heart is found in the smaller moments when they are tasked with using what they have learned to help the communities they travel through.

The tagline of “gotta catch ‘em all” was marketing genius, but there is no way that the series would have stuck around as long as it has or been nearly as impactful if that’s all there was to it. The growth of the central cast, as well as the new variations of the show, are a major part of the draw of the franchise.

Yet, perhaps nothing pulls the people in quite so effectively as the Pokémon themselves, whose exciting powersets and evolutions run the gamut of possibility. Sure, you’ve gotta catch ‘em all, but everyone has a favorite Pokémon, and these are some of ours.

When Ash’s adorable Turtwig appeared on the scene, it was impossible to know that he would ultimately evolve into a Grotle, and then the majestic Torterra. Based on legends of the World Turtle, a mysterious tortoise that carried the world on its back, the Torterra’s back is a small biosphere that many Pokémon make a home of. Ash’s Torterra is studious and pays attention to instruction, performing tasks to the letter, but it’s his gentle and giving nature that wins us over.

Though we seldom see examples of Snorlax’s mighty strength, they are one of the most powerful among the Pokémon. Snorlax isn’t the easiest Pokémon to handle, often falling asleep or becoming more interested in food, but even this can be useful in the right situation. When they’ve eaten and their needs are met, they can be incredibly useful in situations that require them to block or hold the fort, even if they are generally too docile to engage in battle.

A nod to the nine-tailed kitsune of Japanese folklore, Ninetales is one of the most aesthetically pleasing among the Pokémon. Covered in gorgeous fur and sporting nine orange-tipped tails, this Pokémon is a true beauty. However, their red eyes give them the power to influence and control others, making them a surprising threat. Though different kinds of Ninetales behave differently, they are all well-known for their fierceness when they or those close to them are under threat.

Nicknamed the “desert spirit” because the flapping of its wings resembles the sound of a woman singing, the Flygon is especially good for air travel. With an appearance of a flying insect crossed with a dragon, this Pokémon tends toward desert areas and does well in high winds. Though Flygon is known for kicking up sandstorms to attract prey, they also often work with the temperamental Krookodile, showing a level of surprising diplomacy.

Ash’s Squirtle first appeared as the leader of a gang of stray Squirtles that had been abandoned by their trainers. Indeed, Squirtles are generally difficult to find in the wild and tend towards islands and waterways, hanging out with other Squirtles and evolutions thereof. These are highly intelligent and clever Pokémon that use their shells to hide and sleep in, but also have an impressive range of attacks for such cute little fellas.

Generally sticking to the grasslands, Ampharos is a low-key Pokemon with an impressive powerset. With a tail light that glows so bright it can be seen from space, they are often used as a beacon or a guide through dark places. As one of the Pokémon capable of a Mega Evolution, the power of Ampharos is often untapped, but they make for a delightful companion to the trainers that commit to working with them.

Sporting a spiky mane made out of fire, Typhlosion takes the style of their earlier evolutions and turns it into a truly regal look. Another Pokémon that can vary by its type, some Typhlosion are temperamental and quick-to-anger while Hisuian Typhlosions serves as more of a pacifistic guide, purifying lost souls in their journey to the underworld. Still, even the most mellow among them won’t hesitate to lash out when attacked, making this a wise Pokemon that still packs a serious punch.

Due to their uncanny ability to sense dangers as yet unseen by others, the Absol is often misunderstood. Many thought them to be bad luck, like a Pokémon version of Cassandra. Yet, it’s precisely their ability to detect threats that makes them so valuable. Though Absol does not evolve, they do have the ability to Mega Evolve, making them a fiercely powerful Pokémon that moves fast and tends towards mountainous areas that others find difficult to travel.

Known as the “evolution” or “blank slate” Pokémon, this fascinating creature possesses amorphous genetics that allow for a number of evolutions, making it one of the most recognizable and longest-running in the series. With a built-in ability to surprise, Eevees can go in any direction depending on the circumstance of their evolution. Their adaptability is matched only by their adorability, but their true value lies in their loyalty to their friends.

Perhaps the most popular among Eevee’s many possible evolutions is Umbreon, a Pokémon that keeps the bushy tail of an Eevee but has an overall much sleeker appearance. A nocturnal evolution that features rings that glow in the dark and a mysterious power source that helps it capture its prey, this Pokémon usually dwells in cities rather than in the wild.

Bulbasaur is an early evolution of the powerful Venusaur, but their neat tentacles and hardy disposition are what make them such an ideal Pokémon for beginning trainers. Not only are they highly loyal even to negligent trainers, they also help and nurture other Pokemon. Ash’s Pokémon ultimately worked as an ambassador, showing the great diplomatic nature of these wonderful companions.

Another creature whose design is truly inspired, this tiger-colored, dog-like Pokémon is known for its bravery, loyalty, and speed, making it highly coveted among trainers. Evolved through the use of an Evolution stone, it is thereby rare in the wild, but it gravitates towards harsh climates and can even survive in volcanoes. Dedicated to their young, this is an all-purpose Pokémon with a great personality.

Gengar has an array of awesome powers, including a prehensile tongue and the ability to move undetected in shadows. They also absorb heat, making the surrounding area slightly cooler, which is one way that they can be detected. Though a bit demonic, Gengars are loyal to their trainers, and they win us over by their charmingly mischievous nature. Troublemakers at heart, they’re also a lot of fun, and you get back what you put in with a Gengar.

Due in no small part to its extremely rad appearance, impressive skill set, and heroic presence, this is easily one of the most beloved Pokémon there is. Though they don’t always see eye to eye with their trainers, they’re capable of great feats of strength and often win when put to the test. Capable of both Mega Evolution and Gigantamaxing, this is a Pokemon where the sky's the limit.

Of course, we would be remiss if we neglected to mention the most important Pokémon of them all, Pikachu, the Pokemon so popular that he garnered his own live-action detective spin-off. Ash’s Pikachu is well-known for his show-stealing capabilities, but he’s no slouch in the power department, either. Capable of harnessing electricity in attacks and storing things in his cheeks like a rodent, Pikachu is a great mix of charisma and power.

Mewtwo is a rare Pokémon for many reasons, not the least of which is they were created when scientists found a pregnant Mew and tampered with the DNA of the baby in its womb. The experiments continued well after Mewtwo’s birth, making them both incredibly powerful as well as distrustful toward others. Though brutal in battle, Mewtwo can be just as caring as any other Pokemon in the right circumstances. Preferring solitary life, this Pokemon avoids others and rests in caves.

The Legendary Bird Pokémon are all well-loved by fans, and Zapdos is no different. Featuring the ability to harness electrical energy when flapping their wings, they have even been known to unleash thunderstorms. Another Pokémon that differs in personality due to a number of factors, the Galarian Zapdos loves a good fight and seeks out bigger and stronger opponents to prove itself against.

Hailing from icy mountainous regions, this Legendary Bird is known for helping lost travelers find their way home. Even wild Articuno can maintain friendships with the right trainers. Meanwhile, the Galarian Articuno is regarded as significantly colder in personality and actually levitates using psychic energy rather than physically flying.

The final of the three Legendary Birds, Moltres is just as sought after as the other two, but has a highly distinct skill set and appearance. Able to heal itself by bathing in lava and possessed of a Phoenix-like appearance, this Pokemon burns so brightly that it can’t always be safely approached. Just as rare as the other Legendary Birds, Moltres will still venture out to help when it is required.

Next to Pikachu, Meowth might be the other most immediately recognizable Pokémon due to the comical personality of the one that hangs out with the villainous Team Rocket. This is an atypical Meowth, as most don’t speak human languages. Though silly and a bit greedy, this Meowth is lovable due to its ability to set traps and fall right into them within the narrative of an episode, just like their trainers do. Though the cat types of Pokémon are often elegant and regal, Meowth charms us by being just a little bit terrible.

Pokémon Legends Arceus Games We Want to See Next