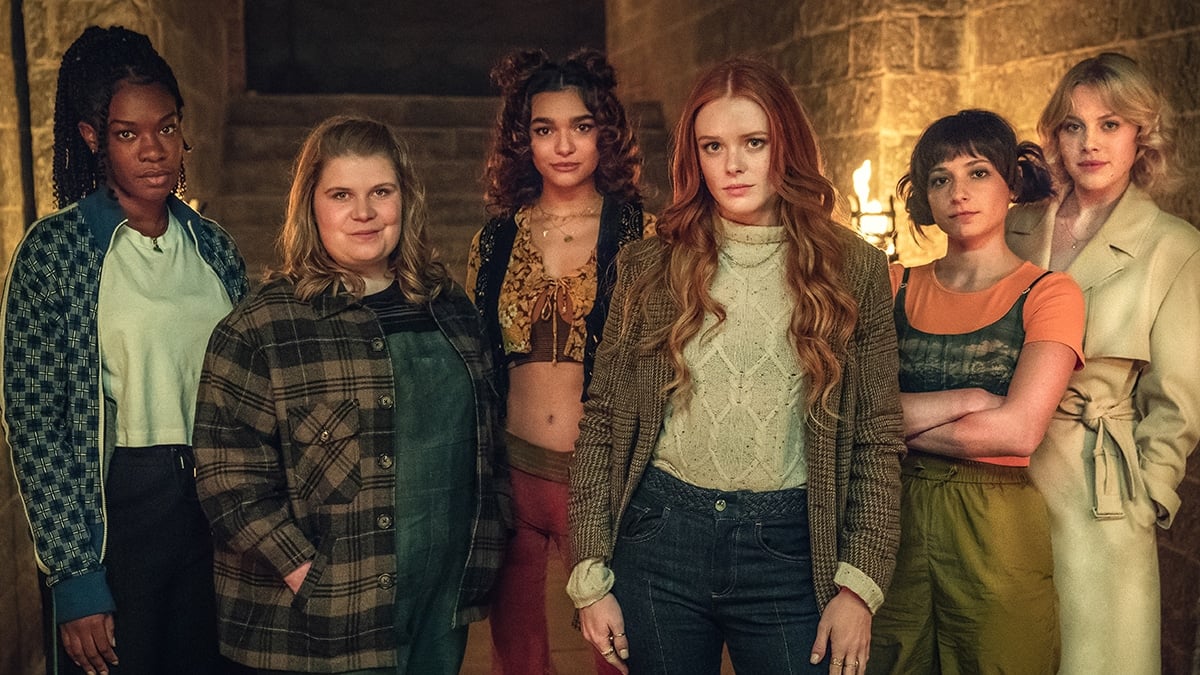 Fate: The Winx Saga is a fresh take on old lore. Based off the animated series, Winx Club, this is a live-action version that is not only modified, but also aged up for tweens and teens. Season 1 dropped on Netflix in early 2021 and quickly became a hit with fans. Season 2 is now available to stream on Netflix as well, and trust us when we tell you, it blows that first season out of the water.

Now, this isn’t to say that the first season wasn’t good, because it was. However, this season takes things to a whole new level. With just six episodes in season 1, there wasn’t much time to get to know the characters. Surely the studio wanted to be sure newcomers to the franchise could enjoy the series, so a lot of time was spent on setup. Things like character and world-building caused some of the episodes to slow to a crawl for those who already know and love the Winx lore.

A Winx in Time

Luckily, these characters are already well established going into Fate: The Winx Saga season 2, with the exception of newcomers Flora (Paulina Chávez) and Sebastian (Éanna Hardwicke). That means the majority of this season gets to explore these characters in-depth, which is greatly appreciated. The development this season is off the charts. Filled with unpredictable plot twists, each episode is sure to keep the audience guessing what is going to happen next – which makes it so much more fun.

As for the visual effects? It seems the VFX team behind the show has really found their footing as the magic is completely captivating to watch. This, coupled with the suspenseful score and great acting, makes this season far better than the first. These actors know their characters inside and out now, and it shows. They all are more believable and relatable. They are either likable – or those types of characters that you love to hate.

In just seven episodes, clocking in at around one hour each, this time The Winx Saga is allowed to explore the characters and their world in a way that season 1 just couldn’t pull off. There are much higher stakes this time around, as Blood Witches (humans who have found a way to use magic) come to the forefront. Fairies can naturally perform magic, but these humans? They siphon the magic from fairies in order to use it – killing them. Yeah, things get dark. This gives fans some epic showdowns and lots of action, with amazing stunt choreography.

This series is most definitely for the older crowd, but it should still be noted that season 2 ups the ante by quite a bit. Season 1 wasn’t afraid to go dark, but this season takes things to a whole new level. There is some bad language, but it is the violence that really raises the bar. There are many fights and battles, all culminating into something truly incredible towards the end of the season.

In an effort to remain spoiler free, we won’t go into details, but fans will be jumping out of their seats when that cliffhanger comes around at the end of episode seven. Unfortunately, we will have to wait a while to see how it all pans out when season 3 drops. Still, this is a great way to keep fans on their toes, interested, and intrigued in the series.

Fate: The Winx Saga season 2 far overshadows season 1, which was a pretty decent introduction to this new version of Winx. If this is any indication as to how the entire series will go, Fate will likely be one of those series that runs for many seasons. Hopefully, there is an endgame plan, however, as there is nothing worse than a show that overstays its welcome.

Adam Levine’s Mistress Shared: Having Another Baby Can I Name It After YOU?