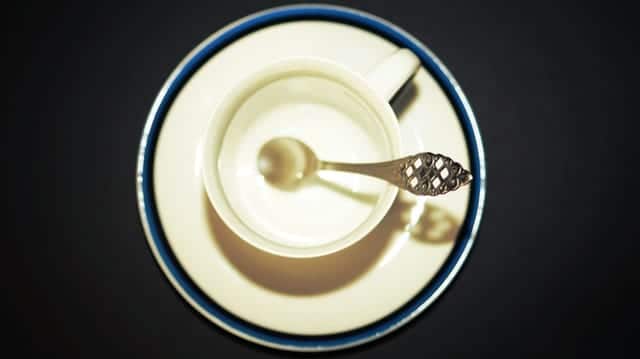 Are you a fortunate son? You might not think so if you use the classic Creedence Clearwater Revival song as your guide, but we are if we live in America…or any Western nation for that matter. But instead of sending poor people to fight rich men's wars, let's use our financial prosperity for good.

So this article puts a little different spin on the song Fortunate Son if you couldn't tell. If it's been a few years since you've last heard this song or maybe it's the first time ever, you can listen and read the full lyrics below.

What Makes You a Fortunate Son (Or Daughter)

While I have taken the liberty to blog about how we survive on $35,000 a year, others around the world manage to live on $2 a day (or $730 a year). Even though many of us feel like we're middle-class or low-income, we're truly world aristocrats who own 50.1% of the world's combined wealth.

We enjoy the following luxuries without batting an eye:

How do you become the 1% in America and attract the ire of every Occupy Wall Street protester? Your net worth needs to be at least $450,000.

Within the global 1%, we Americans have the following income rankings as a country:

What? We're not #1. Not according to the 2013 Gallup survey and 2017 Credit Suisse Global Wealth Report.

Even in ‘Merica, there are always dark financial clouds somewhere. If you don't think so, drive down to your local homeless shelter.

At this moment, most Americans are part of the richest 1% in the world, it may not feel like if you're a blue-collar worker, but we can use our financial prosperity for good. And no, I'm not trying to be idealistic here–well, maybe a little bit.

Thanks to a historic 2017 bull market and a few other macroeconomic factors, the average American income is up and at its highest levels since 1999!

Now is the time to make moves to boost your income and build a net worth that can help you leave a legacy for your children. I can hear Dan Fogerty singing it now…” some folks inherit, star-spangled eyes.”

Household incomes might be rising, but many American families are also getting left behind in the dust for a few of these reasons.

As a nation, we have a spending problem with historic amounts of government and personal debt that most of us simply can't repay. I recently heard on a podcast that the average person dies with $62,000 in debt! Google it if you don't believe me.

Our debt load pales in comparison to other Americans. As a nation, we collectively have more debt now than before the 2008 Great Recession:

The total estimated personal debt balance is around $18.9 trillion–or $57,629 per person–and this doesn't include the federal, state, and local government or corporate debt loads.

I don't know about you, but I'm not waiting for a debt jubilee; my wife and I are working hard to repay our outstanding loans as quickly as possible. Then, our previous monthly payments can either be put into savings or invested and make us richer instead of somebody else.

Be a Cheerful Giver

Let's look at another verse from Fortunate Son:

Some folks are born, silver spoon in hand
Lord, don't they help themselves, ohh
But when the taxman come to the door
Lord, the house look a like a rummage sale, yeh

Let's give a silver spoon to somebody else.  I'm not waiting for the next celebrity-fueled “We Are the World” campaign to give money to those in need. Each month, we donate to local and international charities and I encourage you to do the same. There are many decent organizations that help widows, orphans, and the poor.

If you prefer to stay local, here are a few ideas:

You can also support international causes too. We can personally vouch for Compassion International and have “adopted” two children in developing nations.

Maybe I'll ruffle a few feathers with this one, but it puts the socio in socioeconomics if you ask me.

With a national divorce rate north of 50%, my wife and I are the unfortunate minority to enjoy growing up in a family where our parents stayed married. The lack of intact families takes a social and economic toll on any society and it's another reason why we're not living to our full potential. When you have troubles at home, you don't have time to focus on growing your wealth, benefiting others, and teaching your own children to be responsible, productive adults.

I have two calls to action on this point:

Men: Visit Abraham's Wallet …it's a personal finance blog that tries to instill core values in men that our society is in dire need of.
Women: Refer the man in your life to Abraham's Wallet.

As a parent of two small children myself, what happens in the future bears more significance now than when I was single and child-free. I was more apt to shake off the bad news that pollutes the airwaves, now I want to take a more active role in reversing that trend to hear good news instead of bad news. For that to happen, change needs to happen in the home first.

I don't know about you, but I'd take a happy family instead of a million bucks and a broken family any day of the week.

Whether we realize it or not, we're all fortunate sons. We've been blessed with financial prosperity and peace that others around the world can't imagine. Instead of squandering those blessings, let's take steps to preserve them and even try to touch lives around the world as well.

Let's stop complaining about the circumstances and asking for a reshuffle. Take your deck of cards and make a change today.

So, what card will you play?

5 Tips for Landing Your Dream Job

Live on Half of What You Earn