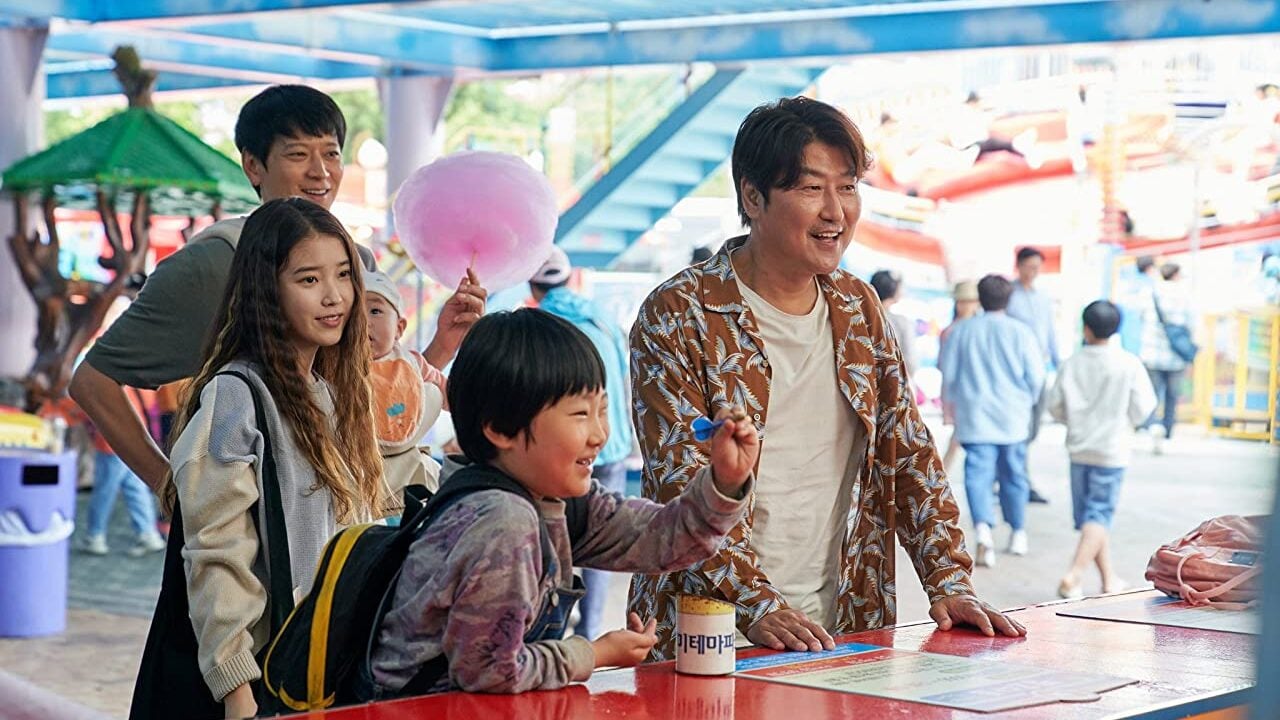 It was a dark and stormy night.

Many an unsettling tale has begun this way, and in Hirokazu Koreeda’s latest film Broker, rain is both a reflection of grim reality and a source of wistfulness, the kind that can only be birthed from a longing to cleanse a life of its past sins.

The various types of desperate lost souls who populate Broker are well aware that there’s no such thing as a blank canvas, but cold hard facts have rarely stood a chance against the basic human desire for a different life, the kind where love is readily available. Much as in Koreeda’s Palme d’Or winner Shoplifters, the characters are all various categories of misfits who exist on the fringes of society, and it’s driven them to far more twisted efforts to make ends meet.

Song Kang-ho at least isn’t driven to the same species of desperate bloody ends as in Parasite, but his conflicted patriarch Ki Taek also wasn’t in the market for human trafficking. So it isn’t difficult to sympathize with the two cops who are determined to catch him in the act after So-young (played by K-pop star IU Ji-eun Lee who is in fact not quite as young) abandons her infant son Woo-sung at a church (the legality of the baby drop boxes in part inspired the filmmakers). The cops don’t have the benefit of the camera, which follows Kang-ho in full cuddle mode as the broker Sang-hyeon, who refers to Woo-sung by name, and tenderly carries him around in a chest carrier as he does household chores.

With his younger assistant Dong-soo (Dong-won Gang), the two are clearly interested in finding good homes for abandoned children, with both clearly possessed of a firm conscience as much as a keen interest in the hefty sums that affluent aspiring parents are willing to pay. But things get far more personal when So-young returns to ensure her son’s safety, then quickly decides to accompany the two men to find a buyer for her child.

Things will get complicated, especially as detectives Soo-jin (Bae Doona) and Lee (Lee Joo-young) follow them on their journey and even manage to eavesdrop quite a bit thanks to a little help from the inside. Once the group adds another member, the eight-year-old orphan Hae-jin (Seung-soo Im), there’s a sense that their makeshift family is now complete. Only a sense of bonding remains. And Hae-jin proves to be good comic relief, instigating the kind of adorable disaster – in this case opening the windows in the middle of a car wash – which makes for the type of hilarity that can’t help but knit together a few bonds for our ultimately lovable rejects.

The most shocking thing about Broker, which also contains a few subplots involving murder, and of course, discussions about choice, corruption, and what constitutes a life, is how much a story about selling babies involves niceness. From the core group to the police, to even potential buyers, a couple who are desperate to parent after experiencing a stillborn birth, many are fully, surprisingly invested in what’s best for Woo-sung.

The real flaw in Broker is that it’s perhaps far too aware of what a tough sell it is to make even characters as clearly sympathetic as its adult trio truly watchable. Rather than walking with them on their various character arcs, it meanders, taking a bit too much time to allow them to muse on the personal history that brought them to where they are. The time at a rundown orphanage is where things are particularly leisurely, and the movie takes its time to showcase how starting life with such rejection tends to warp the rest of it. If it doesn’t detract from the movie’s beating heart, which gives us moments such as So-young thanking each member of her found tribe for being born, but it’ll likely leave some with far less patience than before they arrived.

But much like the family formed, it’s impossible to deny that Hirokazu Koreeda achieves a reimagining of both a road movie and what makes life worth living with a gentle sense of compassion that only he could give.

College Athlete Wins $100,000 Settlement After She Refuses to Kneel for National Anthem

Is Andor the Greatest Thing to Come Out of Disney Star Wars?