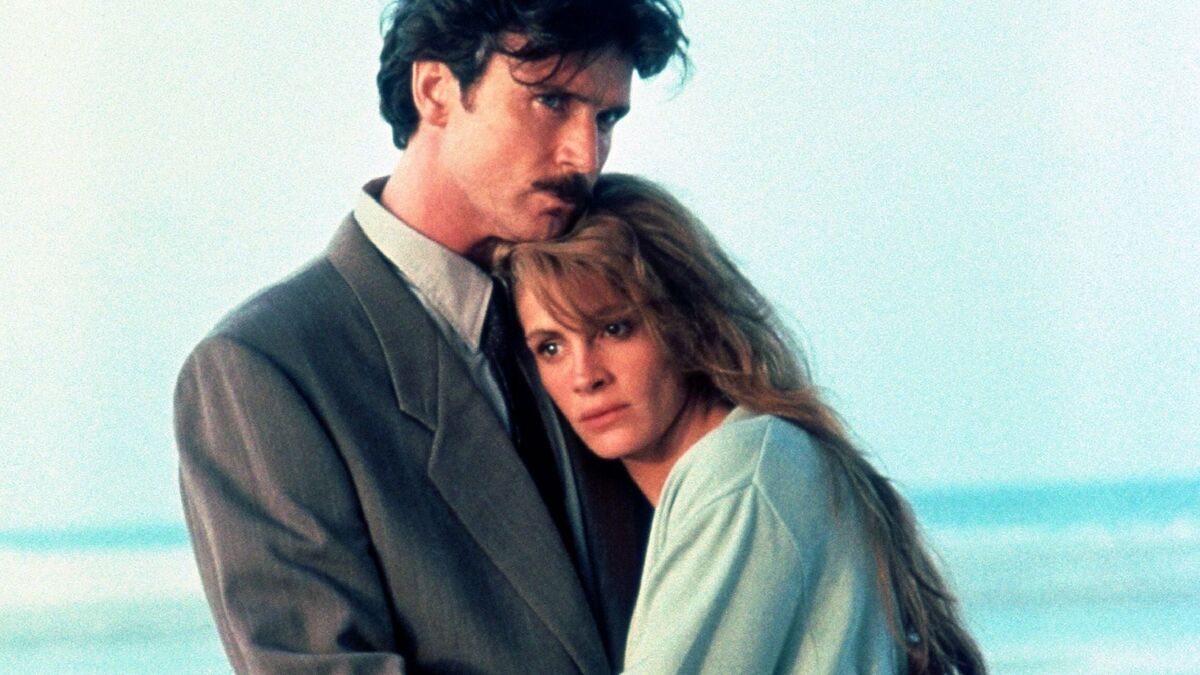 Are you looking for movies where the protagonist escapes an abusive family/community and starts a new life that makes them happy? We got you covered. Here are ten glorious films where people escape abusers without heavy depictions of violence.

The Color Purple follows a Black woman, Celie (Whoopi Goldberg), and her epic story spans forty years of living in the South, surviving bigotry and excessive abuse. After her abusive father marries her off to a deplorable “Mister” (Danny Glover), Celie seeks companionship with two strong women that help her find her confidence.

Sleeping With the Enemy is a psychological thriller following an abused woman (Julia Roberts) faking her own death and escaping from her controlling husband. She discovers peace and independence. However, once he discovers the truth, he hunts her down.

Enough is a thriller following a woman, Slim (Jennifer Lopez), swept off her waitressing feet by a wealthy contractor (Billy Campbell). Her life appears perfect until she discovers he cheats and begins hitting her. She plots an escape with their daughter and goes on the run from him and his hired henchman (Noah Wyle). Ultimately, she learns how to fight back before the final showdown.

Fried Green Tomatoes is a comedy-drama following a bored housewife (Kathy Bates) and her senior friend, Ninny (Jessica Tandy), who tells her stories about people she knew in the fictional town of Whistle Stop. One of the people in the story is abused and escapes before her abusive husband goes missing.

This Boy's Life is a biographical coming-of-age drama based on Tobias Wolff's memoir. It tells the story of a boy, Tobias (Leonardo DiCaprio), and his mother (Ellen Barkin), who marries an abusive man (Robert De Niro). They move from Seattle to a small town near the north Cascades Mountains called Concrete. So they're more isolated, and Tobias plans to get out of town.

What's Love Got to Do With It is a biographical movie based on the legendary music icon Tina Turner. It's adapted from her 1986 autobiography I, Tina, and tells Tinas' (Angela Bassett) story of her rise to stardom alongside her abusive husband, Ike Turner (Laurence Fishburne). Incidentally, her 2021 documentary Tina is an incredible watch and streaming on HBO Max.

Herself is a drama following a single mother (Clare Dunne) struggling to make it after escaping her abusive husband with her two young daughters. With help from the community and friends, she builds her new home. Life is close to perfect before her ex-husband sues her for custody.

Room is a drama following a young woman (Brie Larson) who is held captive for seven years and has a five-year-old son born into captivity with her. After they escape, her son experiences the world around them outside of that room for the first time.

Alice Doesn’t Live Here Anymore is a comedy-drama following an abused wife (Ellen Burstyn) becoming widowed after years of domestic violence. She and her preteen move across the Southwestern United States, searching for a better life.

The Kindness of Strangers is an internationally co-produced drama following a woman, Clara (Zoe Kazan), and her two children fleeing from her abusive husband (Esben Smed). She and her two children survive a harsh winter on the streets of New York with the help of three new friends.

10 Infuriating Movies That Will Make Your Blood Boil