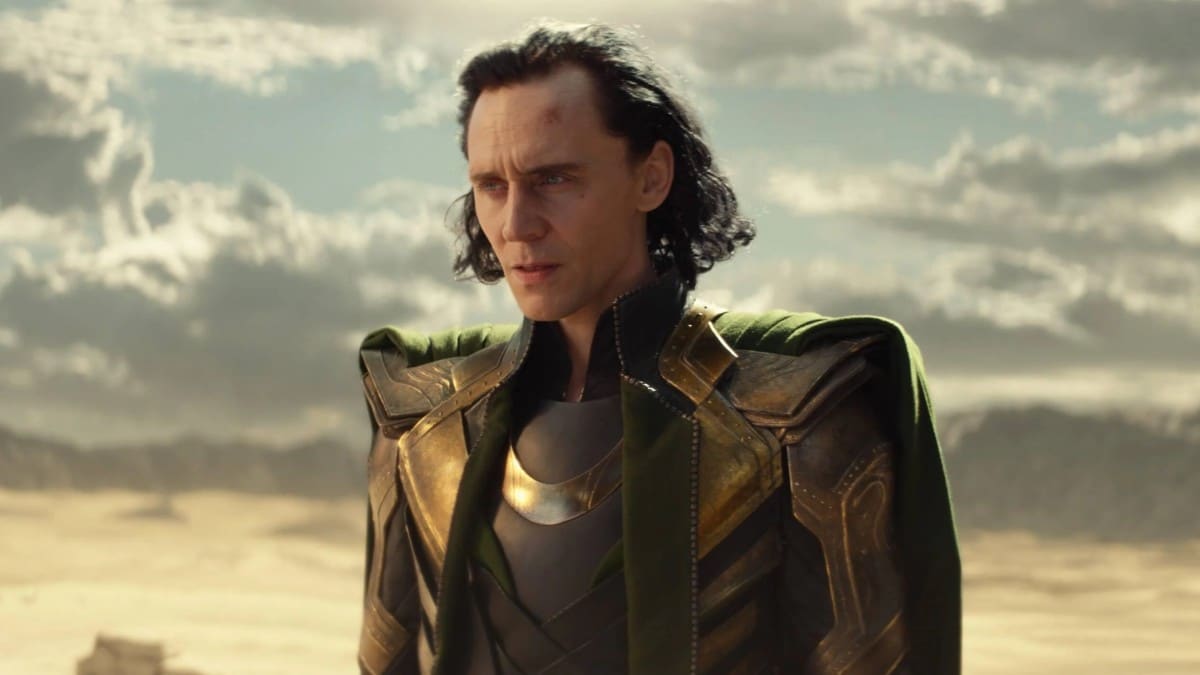 There aren’t many heroes in the Marvel universe who can directly rival the likes of Thor, the self-proclaimed mightiest hero in The Avengers. The Norse God of Thunder, Thor is established as one of the most powerful characters in Marvel comics, capable of besting notoriously deadly villains like the Mad Titan, Thanos, and the Devourer of Worlds, Galactus.

With how strong and formidable a hero Thor is, you can bet the villains he regularly faces have to be every bit as strong as their Asgardian counterparts to stand much of a threat against him.

With the recent release of Thor: Love and Thunder, let's take a look back at some of the most infamous adversaries Thor has ever faced since his debut in 1962’s Journey into Mystery.

Only a handful of characters stand much of a physical threat to Thor, but Kurse is definitely one of those elite few. Several iterations of the character have existed in the past, but the most standout would easily have to be the first version of Kurse, a brutish Dark Elf named Algrim the Strong.

Recruited by Malekith the Accursed to combat Thor, Algrim is badly beaten by the god after being betrayed by Malekith. Barely surviving the fight thanks to his magical armor, Algrim is saved by the mythical being, the Beyonder, who transforms him into Kurse — a creature with heightened physical strength that surpasses Thor’s own.

One of the few villains able to best Thor in singles combat, Kurse may be more of a supporting villain than he is a methodical main antagonist like Loki or Malekith, but his repeated clashes with Thor make him a standout villain readers always delight in seeing.

Like most superheroes, Thor has his own nefarious counterpart in the form of Ragnarok, a cyborg clone equipped with the exact same powers and superhuman abilities as the God of Thunder.

Created by Tony Stark and Reed Richards during Marvel’s Civil War story arc, Ragnarok was designed as the ultimate weapon to directly combat Thor. However, it wasn’t long before the clone started acting on its own initiative, killing innocents and allies alike without the slightest hesitation or ounce of remorse.

Ragnarok isn’t the greatest or most original villain Thor has faced over the years, but when you get right down to it, the idea of a conscienceless, amoral God of Thunder walking around murdering and maiming with impunity is nothing short of terrifying.

Based on the serpent Jörmungand of Norse mythology, the Midgard Serpent is a massive, snake-like creature sworn to destroy Thor in a battle that will claim both of their lives. According to ancient prophesies, the Midgard Serpent will emerge from its dwellings below the sea during Ragnarok, with Thor fated to kill the creature before succumbing to his own wounds.

Recognizing the Midgard Serpent’s immense strength and knowing its role in his son’s death, Odin made numerous efforts to keep the Serpent safely away from Asgard — first by banishing it to the oceans below Midgard, and later initiating a staged version of Ragnarok with a substitute for Thor, tricking fate and allowing his son to live.

As you might expect from a being sworn to kill Thor, the Midgard Serpent has an unbelievably wide array of powers at its disposal. Immortal, indestructible, and deviously intelligent, it’s capable of manifesting complex illusions, infiltrating its opponents’ minds, and has enough venom packed into its giant fangs to poison Thor himself.

Incredibly large, it can even wrap the entire length of its body around the world, causing mass earthquakes simply by flexing its coils.

Also known as Cul Borson, Serpent is the Asgardian God of Fear, the brother of Odin, and both Loki and Thor’s uncle. A relatively new villain in the Marvel universe — making his debut in 2011’s Fear Itself — Serpent was quickly established as one of Thor’s most dangerous adversaries.

Despite being Odin’s older brother, Serpent was not considered worthy enough to rule Asgard. With the ascension of his brother to the position of All-Father, Serpent developed a fierce hatred of his sibling, Asgard, and all its people, seeing himself as the true ruler over the realm rather than Odin.

Feeding off the literal fears of others, Serpent’s most notorious moment comes when he invades Earth, enslaving many of the world’s mightiest heroes and villains (including Hulk, Juggernaut, and Thing) and forcing them to do his bidding. As he later tells Thor, it’s Serpent (not the Midgard Serpent, as previously believed) that is prophesied to kill Thor in an epic final battle that will lead to both Thor and Serpent’s deaths — something that comes to transpire.

One of the rare villains who actually achieves his end goal (killing Thor), Serpent is among the more frightening of the enemies Thor has faced over the ages, whose power seemingly knows no limits.

One of Thor’s most persistent foes, Malekith the Accursed is the leader of Dark Elves faction and the de facto ruler of Svartalfheim.

A talented wizard who honed his craft during a time of war, Malekith grew up believing war and violence were the only means to advance his own agenda (essentially, becoming the most powerful being that was or ever will live).

Perhaps Thor’s most violent, sadistic foe, Malekith enjoys violence just for violence’s sake. Asgard’s equivalent of Star Wars’ Emperor Palpatine, he wages war both becomes he loves it and because it puts him one step closer to becoming the conqueror of all nine Asgardian worlds (something he briefly achieves in 2019’s The War of the Realms storyline).

The cinematic depiction of the character that appeared in Thor: The Dark World may have left some fans with a negative view of the character; however, his original comic book counterpart ranks as one of Thor’s most twisted, long-running antagonists.

The closest thing Odin has to an archenemy, Surtur is the towering leader of Muspellheim — one of the Nine Worlds of Asgardian legend — and the chief ruler of the realm’s Fire Demons.

One of Thor’s oldest recurring villains — having made his introduction in 1963 — Surtur is fated to bring about Ragnarok, destroying Asgard alongside several other legendary creatures of Norse myth.

A villain whose power matches Odin’s own, Surtur is one of the most powerful beings Thor has ever faced. In fact, it almost usually takes the combined might of Odin, Thor, and several other heroes to defeat him. But even then, Surtur always finds a way to cheat permanent death.

Practically invincible in terms of his endurance, Surtur is almost impossible to outright kill, with Odin only regularly able to temporarily imprison him after he’s been defeated. When clutching the ancient sword, Twilight, he becomes an even more formidable threat to Earth and Asgard’s defenders, able to sap the strength of Odin’s superhuman abilities or transport himself across dimensions whenever he so chooses.

The daughter of Loki and the giantess Angrboda, Hela is the Asgardian Goddess of Death who rules over two of the Nine Worlds: Hel, the land of the dead, and Niffleheim, the land of eternal ice.

Though appointed by Odin himself to receive Asgardian souls and ensure they cross peacefully into Hel, Hela is driven by her desire for more. Not content to rule Hel and Niffleheim alone, she regularly attempts to usurp Odin’s rule and install herself as the conqueror of the Nine Worlds.

Like Thor’s connection to Mjolnir, Hela’s power lies in her cloak, giving her a far-ranging set of abilities that capitalize on her status as the Goddess of Death. She’s capable of hurling bolts of pure energy at her enemies, draining them of life and causing them to grow old and perish in a matter of moments. She also the power to restore the recently deceased back to life — or to claim their souls, as she often tries to do with Thor and Odin.

More recently, fans of the MCU have seen a fairly accurate depiction of the character appear in Thor: Ragnarok, as played by Cate Blanchett. While the movie does a good job portraying just how dangerous an enemy she can be, Hela remains arguably an even deadlier villain in the comic book world than she is n the annals of the MCU.

The newest addition to Marvel’s cinematic rogues’ gallery of villains in Thor: Love and Thunder, Gorr the God Butcher is a malevolent alien whose ultimate goal is to kill every god in the universe.

Growing up on a distant planet ravaged by natural disasters and severe drought, Gorr believed that no gods could exist with how much death and suffering he’d witnessed in the course of his lifetime. However, when he finally learned gods were real and that they had merely failed to intervene on his people’s behalf, he pledged to destroy them all in revenge.

Acquiring All-Black the Necrosword (the first Symbiote in existence), Gorr gradually began killing every god he could find, taking centuries to complete his quest and avoid suspicion as he carried out his murderous rampage.

Over time, Gorr would become corrupted by the Symbiote’s negative influence on his mind, becoming just as tyrannical and sinister a creature as the Symbiote itself.

The sum total of a billion, billion creatures killed by Odin during an attempt invasion of Asgard, Mangog is composed entirely of reserved hatred for the All-Father. One of the most powerful creatures in the Marvel universe, Mangog is driven solely by its desire for revenge, regularly combating Odin and attempting to destroy Asgard for good.

Initially imprisoned beneath Odin’s realm, Mangog escapes after being freed by the rock troll Ulik, an enemy of Odin’s who hoped Mangog would aid in his attack on Asgard.

Unfortunately, the plan quickly backfired, with Mangog readily escaping from confinement and storming Asgard in search of the Odinsword, attempting to pull it from its scabbard and effectively end the universe.

Thankfully, Thor managed to hold Mangog off long enough for Odin to dissolve Mangog, although the creature has returned several times to wreak havoc against Asgard and its people.

Given the fact that Mangog is basically billions of individual creatures stuffed into one massive body, its abilities are uniquely vast. Gifted with superhuman strength, durability, and immortality, it’s able to feed off the hatred of others, making it virtually indestructible — so long as there is hatred in the universe.

Thor’s adoptive brother and ultimate archnemesis, Loki — the trickster God of Mischief and ruler of the Frost Giants of Jotunheim — is the complete antithesis of his older sibling. A skilled spellcaster who uses his powers for his own gain, Loki is Thor’s first official villain — appearing opposite him in 1962 — and also one of the God of Thunder’s most well-known adversaries.

Driven by a deep sense of jealousy that he’ll never be as fully accepted or loved in Asgardian society as his brother, Loki sets out his own to cause havoc just for his personal amusement.

Swapping irregularly between roles as a reluctant antihero and full-fledged villain, Loki is one of those rare Thor baddies you can’t help but sympathize with slightly more than the entirely demonic presences of Mangog or Surtur. However, when Loki sets out on his elaborate plans to conquer Asgard or humiliate Thor, readers all but end up rooting for him, viewing his mischievous antics in the same light as other villains like the Joker.

Given their familial roots, Thor usually holds back when it comes to his battles with Loki — although the God of Mischief certainly doesn’t return the favor. It’s this aspect that makes Loki such a dangerous and treacherous character, and one we always delight in seeing — whether in comic book form or proving to be a recurring thorn in Thor’s side in the MCU.