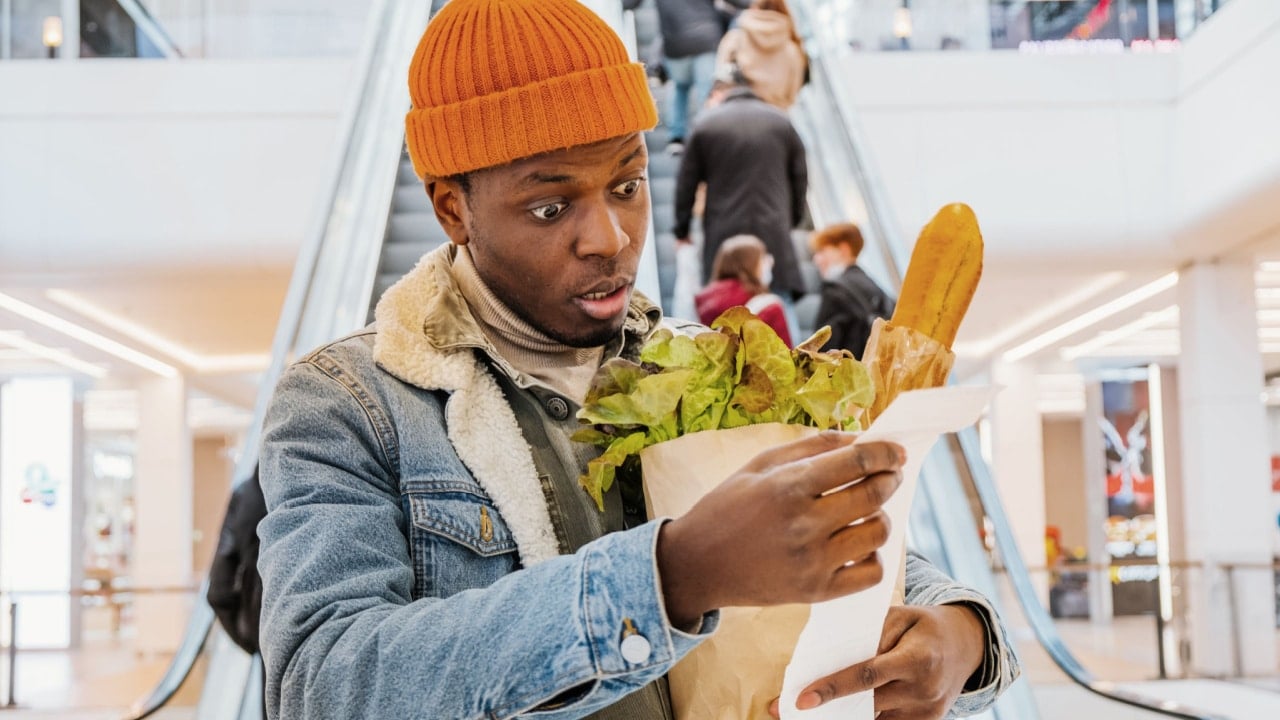 You wouldn’t know it from walking around the local grocery store, but rising food prices and inflation shows signs of easing. According to recent United Nations Food and Agriculture Organization data, the Food Price Index just fell for the 6th month in a row. It averaged 136.3 points last month – down 1.1% from August.

That’s the good news. The bad news is that it’s still 5.5% higher than in September 2021. What’s behind these price hikes? How long will they last? And what can you do to stop food prices from destroying your grocery budget?

Despite promising signs in the Food Price Index, food and drink prices on the ground remain at wallet-sapping levels. According to the Bureau of Labor Statistics, prices have jumped more than 11% in the US since last year.

For a better sense of the problem, consider the following year-over-year cost increases for everyday food items:

Clearly, these price hikes are anything but trivial. With the cost of groceries skyrocketing, many consumers are straining to put food on the table. In a recent Feeding America survey that covered 172 of its 200 nationwide food banks, a staggering 90% reported an increase or steady demand for their services.

Unfortunately, the driving forces behind high inflation and bigger grocery bills are wide-ranging and complex. Here are the primary factors in play:

It’s hard to overstate the pandemic’s impact on food prices. It affected the food supply chain at every level, from production and transport to retail.

Think about what happened during lockdowns, when hundreds of millions of people had no choice but to cook and eat at home. As a result, grocery stores experienced a titanic increase in demand, while restauranteurs lost money if they could stay open at all.

Producers had to pivot fast, accommodate extreme labor turnover, cover training costs for new workers, and invest in products and processes to prevent contamination. Not only that, but with grocery stores requiring more supplies faster than ever, transportation costs also climbed.

These issues all played a crucial role in rising food prices. And while the pandemic seems to be under control nowadays, the food supply chain has yet to recover fully.

The Russo-Ukranian war has caused further chaos in this area because Russia and Ukraine account for over 25% of the world’s wheat exports, not to mention other staples, such as barley, corn, and sunflower seed oil.

A country at war will never be able to produce or export as much as it does during peacetime. Thus, it’s no surprise that the supply of this vital commodity has withered since the war began. A report from S&P Global states that Ukrainian cargo exports plummeted by 92% in the 12 months prior to May 2022.

Recent deals between Russia and Ukraine are helping, but the world’s still confronted with a significant wheat shortage that could continue for some time. The final outcome is, of course, higher prices for staple ingredients like flour and starch – increases that consumers have to make up for in the grocery store.

The massive sanctions placed on Russia by Western countries – and the surge in energy prices that have followed – are a third piece of the puzzle. Bans on Russian imports caused energy prices to spike by 19.8% between September 2021 and September 2022, which has had severe knock-on effects on food production and transportation costs.

To add insult to injury, Russia’s also the world’s largest exporter of fertilizers. It exported $7.6 billion worth in 2020 alone. The fact these imports are no longer permitted has compounded a pre-existing fertilizer shortage. The end result?

It’s become extremely expensive for farmers to acquire fertilizer, and those expenses are also passed on to consumers, driving up food prices even more.

It isn’t just fertilizer shortages piling financial pressure on farmers and ranchers. High temperatures, lack of rainfall, and the ensuing drought are exacerbating issues. For example, more than 50% of the US is in drought, forcing farmers and ranchers to reduce their herds of livestock, fallow the land, and dramatically lower their expected yields.

A few adverse outcomes are likely to ensue, including a decrease in the diversity of items on grocery store shelves and a heightened reliance on foreign supplies. However, chief among the fallout of the drought is higher costs being passed on to consumers.

Although food inflation seems to be falling, food prices continue to cause concern for consumers.

Unfortunately, knowing when food prices will return to more manageable levels is hard. Challenges and constraints continue in various domains, suggesting it could be some time before you see tangible improvements at the grocery store.

This post was produced by Dividend Power and syndicated by Wealth of Geeks.

12 Must-Watch TV Shows That Flew Under the Radar

Forget the Stock Market. It’s Time To Invest in Yourself