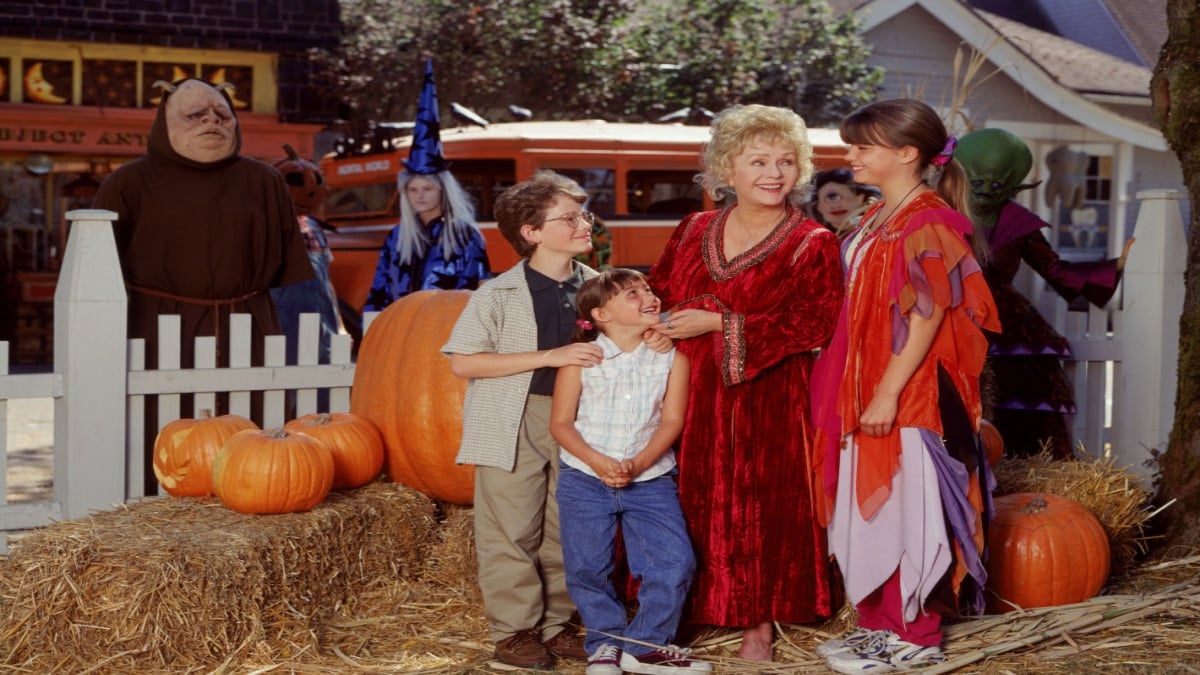 Spooky season is upon us, but this time of year can be tricky for many families. Mature fans of the weird and creepy can enjoy all the “bumps in the night,” but parents often struggle with what and when to share their favorite frights with their little monsters. Parents, Wealth of Geeks has you covered. Here is the list of the best Halloween movies to watch with your kids, broken down by age group.

Halloween Movies for Kids 5 and Under

It's never too early to introduce kids to the friendlier side of the spooky season. Thankfully, much content won't incite fear-induced sleep regression for little ones. As a bonus, many of these titles are shorter in length, which is perfect for younger attention spans.

1. It's the Great Pumpkin, Charlie Brown

A classic fall special, It's the Great Pumpkin, Charlie Brown has been an endearing favorite since it aired on October 27, 1966. It takes the Halloween season and makes it fun and funny for adults and children. In 2020, Apple TV+ became the exclusive home of all the Peanuts specials, but It's the Great Pumpkin, Charlie Brown aired on PBS in October of 2021 as part of a partnership between Apple TV+ and PBS. They have yet to announce if that will happen again this year or any specific date.

Though not a Halloween movie, Toy Story of Terror is a short film featuring most of the beloved characters from the Toy Story franchise. The short film's first few minutes may seem unnerving until the familiar silhouette of Rex pops up and interrupts the toys' viewing of their “scary movie.” From that moment on, it's a race to figure out who keeps stealing the toys at the roadside motel, which leads to more laughs than frights.

Another family-friendly pick that could fit all age groups, Coco is a masterful blending of music and storytelling. Disney/Pixar's film about a Mexican family's celebration of Dia de Los Muertos and all that messy family history can entail is heartwarming and hilarious. While some moments of peril may be frightening, they are few and far between.

Spookly the Square Pumpkin is a 47-minute Canadian animated movie full of life lessons and toe-tapping tunes. Featuring characters like Jack the Scarecrow, bats named Boris and Bella, and round pumpkins such as Big Tom and Little Tom, Spookly the Square Pumpkin relies almost entirely on its non-human stars to tell Spookly's story. Luckily, there seems to be nothing little kids love more than talking characters that are not actual people.

While not critically favored, Scoob! is a young reboot of the otherwise teen-focused, animated detective series Scooby-Doo. The storyline may be too simple for big kids and adults, but that makes it great for the five and younger age group. Scoob! will make families laugh instead of cry, which parents want when watching a family-friendly, Halloween-esque movie.

Drac and his crew make the classic monsters of Hotel Transylvania so approachable that kids won't know they're “supposed” to be scared! Corny gags and clever punchlines may go over little ones' heads, but adults will appreciate the humor. Choose from any movies in the franchise, and families will be in for a night of fun and laughter.

Children between ages 6-9 want to be known as the “big kids,” but they may not always be prepared for the same scares as their older friends or siblings. So use these movie suggestions as a guideline while remembering that only parents know their kids best.

Directed by famed comedy/horror director Tim Burton, Frankenweenie is part parody and part homage to the 1931 film and 1818 book Frankenstein. Victor resurrects his beloved bull terrier, and chaos ensues when his friends ask him to revive their lost pets. Though produced by Disney, the repeated deaths and resurrections of animals throughout the film make Frankenweenie a safer bet for kids over the age of 5.

How does one choose just one version of The Addams Family story? For this list, the 2019 animated feature The Addams Family is the most friendly to families. Critics described the film as not faithful enough to the source material, which keeps the movie from becoming too dark and foreboding for kids.

Growing up in the '90s, Halloweentown was one of my favorite seasonal movies. The sequels were OK, but the first movie is the best for original storytelling and humor. Like any Disney Channel movie from that time, there are moments of peril and a few jump-scares, but it's primarily harmless family fun.

Another nostalgic favorite of mine is Casper. Audiences and critics give the movie mixed reviews, but it will always be one of my favorite holiday films. It is not groundbreaking or serious cinema, but that doesn't mean there aren't lessons to be learned and laughs to be had at the expense of the animated ghosts. A young Devon Sawa never hurts, either.

Movie suggestions for the 10+ crowd are not as easy to pin down. Most kids in this age group believe themselves to be “mature,” but when presented with material parents consider to be age-appropriate, they may turn and run for cover. Discretion is best when parents are unsure.

Based on the Neil Gaiman story, Coraline is a visual feast for the eyes. Underneath the beauty of the stop-motion animation lies a creepy, suspenseful tale that is scarier than it looks. Coraline is much darker than a typical movie for children, so this one is safest for the older end of the 10+ age group.

A cult favorite, Hocus Pocus is equal parts camp and creep. The sequel film debuted on Disney+ on September 30, 2022, and despite softening some of the darker elements, revived the early '90s fervor for the Sanderson Sisters and Billy Butcherson. With a few mature themes and references to the occult, parents may need to watch this with their kids the first time, just in case.

When Jack Black is the star, viewers know the movie will be more zany than terrifying. Goosebumps is based on the works of author R.L. Stine, and it is a good introduction for kids to the horror genre. Adult fans of the books will enjoy the movie too, but purists may be disappointed with the script's divergence from the source material.

Families who are fans of The Twilight Zone Tower of Terror ride at Walt Disney World will love this corny classic movie. Tower of Terror was the first Disney film based on one of its theme park attractions, and it was also the only one made especially for television. A young Kirsten Dunst stars opposite Steve Guttenberg as the two attempt to investigate the disappearance of guests at the Hollywood Tower Hotel.

Another funny film with elements of true terror is the Halloween classic Beetlejuice. The antics of Michael Keaton's Beetlejuice may seem comedic to adults but might occasionally cause a few jump-scares with children. The subject matter is morbid and dark but is handled with such fun that families can enjoy the film together if they can get past the eerie visual effects, sets, and makeup.

17. The Nightmare Before Christmas

Is it a Christmas film or a Halloween film? While the debate continues, The Nightmare Before Christmas represents original storytelling and iconic characters that have lasted far beyond their initial debut in 1993. The music makes the film fun, but its length and spooky visuals make it best suited for older children and adults.