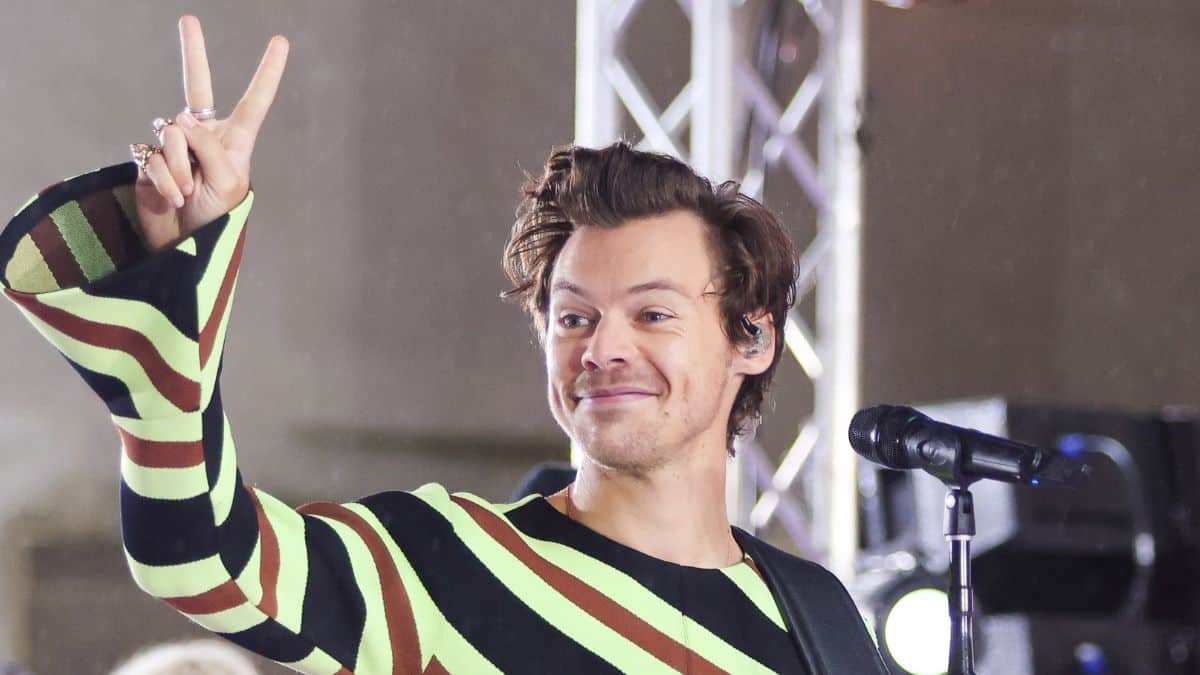 Harry Styles' music career has been truly impressive, and he has amassed an incredible net worth. With homes in New York, Los Angeles, and London, how does he earn and spend his wealth?

Harry Edward Styles was born in 1994 in Redditch, Worcestershire, England. He's a singer, songwriter, and actor.

When he was very young, Styles moved with his parents and older sister, Gemma, to the village of Holmes Chapel in Cheshire.

When he was seven years old, his parents divorced. His mother remarried business partner John Cox, although they also divorced years later.

Through his mother's subsequent marriage to Robin Twist in 2013, Styles has an older stepbrother named Mike and a stepsister named Amy. Robin Twist passed away from cancer in 2017.

Harry had a relatively normal upbringing and was always supported by his parents in whatever he did. He sang covers on a karaoke machine given to him by his grandfather, which was the earliest hint of his future stardom.

When he was slightly older, he and his schoolmates formed a band called “White Eskimo.” With Harry as the lead singer, they won a local Battle of the Bands competition.

With a bit of encouragement from his mother, Harry auditioned for the 2010 series of The X Factor. That was where his fame began.

What Is Harry Styles' Net Worth?

Celebrity Net Worth shows Harry Styles' net worth is around $90 million. That puts him on par with Tyra Banks, Jason Statham, Natalie Portman, and Halle Berry.

How Did Harry Styles Earn His Net Worth?

Harry Styles has earned his money in various ways, predominantly through his music. Let's take a look in more detail.

After unsuccessfully auditioning as a solo artist on The X Factor, Styles was placed into a group along with Niall Horan, Liam Payne, Louis Tomlinson, and Zayn Malik. They were named “One Direction,” mentored by Simon Cowell, and they reached the final, finishing third. A successful career was launched.

The quintet worked as a band from 2010 until 2016, when they went on an indefinite hiatus. At that point, Styles embarked on a solo career.

While none of their ten EPs have charted (unless you include 2012's iTunes Festival: London 2012, which peaked at 140), they were all well received by their fans.

Of their seventeen singles, they all charted, but none have reached the top spot in the United States. The best-performing track was “Best Song Ever,” which got to number two in 2013. Four of them reached number one in the United Kingdom, however.

Styles has released three studio albums, one extended play (EP), twelve singles, and one video album as a solo artist.

Styles' EP, Spotify Singles, was released exclusively on Spotify in 2017 and was well received by his fans.

Most of his singles have performed very well in the Billboard 100, with two reaching the top spot. The two in question were 2020's “Watermelon Sugar” and 2022's “As it Was.”

His video album, 2017's Harry Styles: Behind the Album, was released exclusively on Apple Music to widespread critical acclaim.

With One Direction, Styles has embarked on six tours – two as the opening act and four as the headliners.

Styles has embarked on two tours as a solo artist, both as the headline act.

Harry Styles has dabbled in the world of acting and looks set to continue doing so in the future.

He made his acting debut on television in a 2012 episode of iCarly, in which he played himself.

He has since gone on to appear in several movies, namely 2017's war movie Dunkirk, 2021's MCU installment Eternals, and the upcoming Don't Worry Darling and My Policeman. The latter two are in post-production and are set to be released in 2022.

He also appeared solo on the cover of Vogue in 2020, becoming the first man ever to do so. He wore a Gucci dress for the occasion.

He's appeared on five episodes of Saturday Night Live, three of which were when he was with One Direction. He has been a musical guest and the guest host of the show.

How Does Harry Styles Spend His Money?

Harry Styles spends his money in the ways you'd expect a wealthy young man to spend his money.

He divides his time between living in New York, Los Angeles, and London and has homes in all three locations. His first real estate purchase was a Hampstead Home in North London, costing him $4 million. He bought two more properties in the same London area for $10.9 million and $5.5 million, respectively.

Styles bought a home in Beverly Hills in 2014 but sold it in 2016. After selling it, he purchased a more modern California bachelor pad for $6.9 million. The two-story home has four bedrooms and six bathrooms.

In 2017, he spent $8.7 million on a New York penthouse in the Tribeca neighborhood.

He loves retro artwork and is a big fan of the work of British artist Hayden Kays. Kays' work is primarily influenced by the pop art of the 50s and uses a typewriter to feature his drawings. Styles has purchased 25 pieces of Kays' work to hang in his home. Each one costs around $1,300, meaning the total cost of the collection is approximately $33,000.

Harry Styles is a massive star with many obsessive fans (and haters), which means he's had a few scary moments. A homeless man followed him, he was mugged at knife-point in London, and his London Home was once vandalized. With that in mind, he utilizes a hefty security detail that costs $1 million. The security is with him at his performances, award show appearances, and after-parties.

Finally, Styles has one mantra: “Treat People With Kindness.” He has merchandise with that brand name, and its proceeds are given to charity.

Styles raised $1.2 million from his debut solo album tour in 2017, and, in total, he has helped over 62 charities. They include Help Refugees, We Love Manchester, Amnesty International, Born This Way Foundation, Save The Children, Aid Still Required, and many more.

While the COVID-19 pandemic was ongoing, the city of Lebanon suffered an unfortunate explosion. Styles donated and raised over $8.1 million to help the people who endured the tragedy.

Harry Styles is one of the most famous men in the world right now, and he undoubtedly deserves his success.

He's hugely talented and a genuinely lovely guy, and he will no doubt continue to make vast amounts of money in his music and acting career.

We wish him every success with his future endeavors.

Content Creation Is the Best Investment You Can Make For Yourself