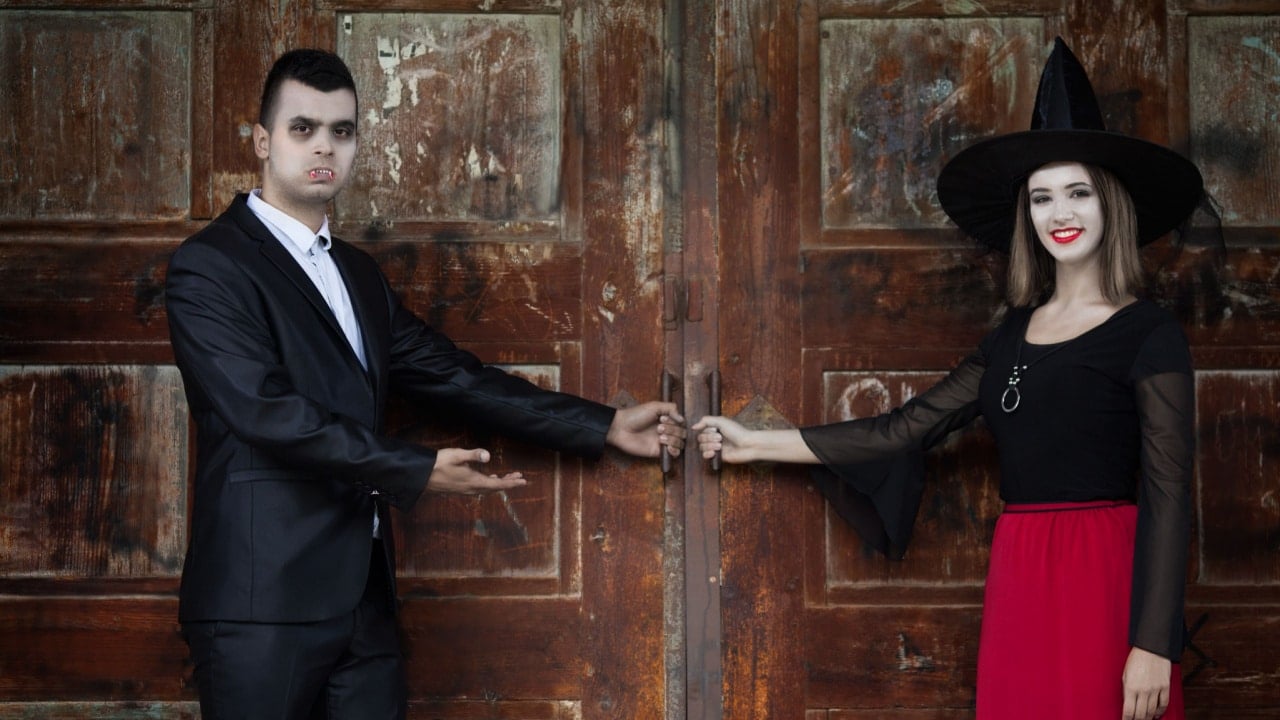 One way to indulge in spooky season celebrations is by staying in… haunted Airbnbs.

Airbnbs often lean more toward the needs of a guest. For example, a guest might seek an Airbnb with a jacuzzi hot tub unavailable in a hotel. The Airbnb platform permits most homeowners to rent their properties. That factor, combined with platform customization, hosts ample options for guests looking for a more unique stay.

Airbnb even has a special category for extraordinary stays – and is always looking for new ones.

John Tarrow is the creative director at the Talliston House and Gardens and author of The Stranger’s Guide to Talliston — and he hosts a supposedly haunted Airbnb.

The Talliston House lies in the middle of Essex in England. Talliston’s website claims the house began as an unassuming dwelling in the countryside. John Tode (one of Tarrow’s pen names, along with John Trevillian) stumbled upon the house in October of 1990 and decided to rebuild, reconstruct, and redesign 13 rooms, each plucked from a different time and space of the world.

The layout of the rooms on a map forms a labyrinth, including period pieces from New Orleans, Cambodia, and Italy, to name a few.

Tarrow rents out the “Haunted Bedroom,” “The Cabin,” and “The Room of Dreams.” Each room contains artifacts collected from the geographical locations the rooms pull inspiration from.

For instance, “The Haunted Bedroom” relays the tale of “The Ravensbrae Manor,” a Scottish, sixteenth-century Gothic room resting atop a cliff. Crests decorate the walls of this 16th-century Art-nouveau room featuring a four-poster bed as the centerpiece.

Set in 1948, “The Cabin” is a Canadian lodge home to an English groom and Native American bride. Wilderness audio and wood scents linger through this room.

“The Room of Dreams” thrusts visitors into a former Arabian military chamber. The moors transformed this room into a relaxing sunroom.

“The Haunted Bedroom” received its sobriquet due to the passing of seven-year-old Jack MacPherson within its quarters. Victorian garb rests in the armoire, and framed pictures of Jack and his family adorn the walls. Jack’s parents discovered his corpse in his bed and since closed and locked the bedroom.

Jack’s Earthly presence might have ended in his early years, but guests claimed to spot his ghostly apparition throughout the castle.

“We do not confirm or deny the existence of the supernatural. All we say is that the house was built in the 1930s, and at least two people we know of have died in the house (possibly also in the room we rent). The house is also full of more than 1,800 antiques from houses dating back to the 13th Century, and each has a story to tell,” Tarrow notes. “So if you believe ghosts exist, then it's highly likely they haunt this house.”

Each year, a range of guests book the Talliston House for a vacation or a few days away from home. The demographics range from millennials to 50+ and Tarrow suggests that most of his guests stay in the house hoping to discover evidence of a world besides or beyond Earth.

Other guests are just there for “the thrill” or to see if anything strange will occur.

The Thrill of the Stay

When guests book a stay through Airbnb, they choose their dates and pick the room they wish to stay in. Tarrow stated that no guests had ever left before their visit concluded due to hauntings, but some guests booked a stay in one room, but stay in a guest room instead. When it comes to cancellations, Tarrow added, “ Nobody has ever given a reason for this relating to fear or trepidation of their stay. Obviously!”

Visitors choose three rooms out of the 13 to sleep in, but during their sojourn, they have an open range of all rooms. In addition to “Jack spottings,” Tarrow mentioned other supernatural sightings reported by visitors.

“We have had a black figure identified standing beside the door on three separate occasions, all describing her as dressed in black like a matron. The door was reclaimed from an Arts and Crafts orphanage, so it's not surprising,” he said.

Both hosting and visiting haunted, or reportedly haunted, Airbnbs opens both parties to the possibilities of the universe.

According to Tarrow, working as a host taught him to “never confirm or deny the existence of ghosts.” He discourages recommending guests stay in haunted Airbnbs; instead, he says, “Let the guests explore and discover for themselves.”

For those staying in haunted Airbnbs, Tarrow said guests learn, “the power of their imagination makes any place uncomfortable.”

Whether you want to book the Talliston house for an overnight stay or visit “Britain’s most extraordinary home” for a more extended vacation, you can make travel arrangements through Airbnb.

They Have More Money Than Anyone on Earth