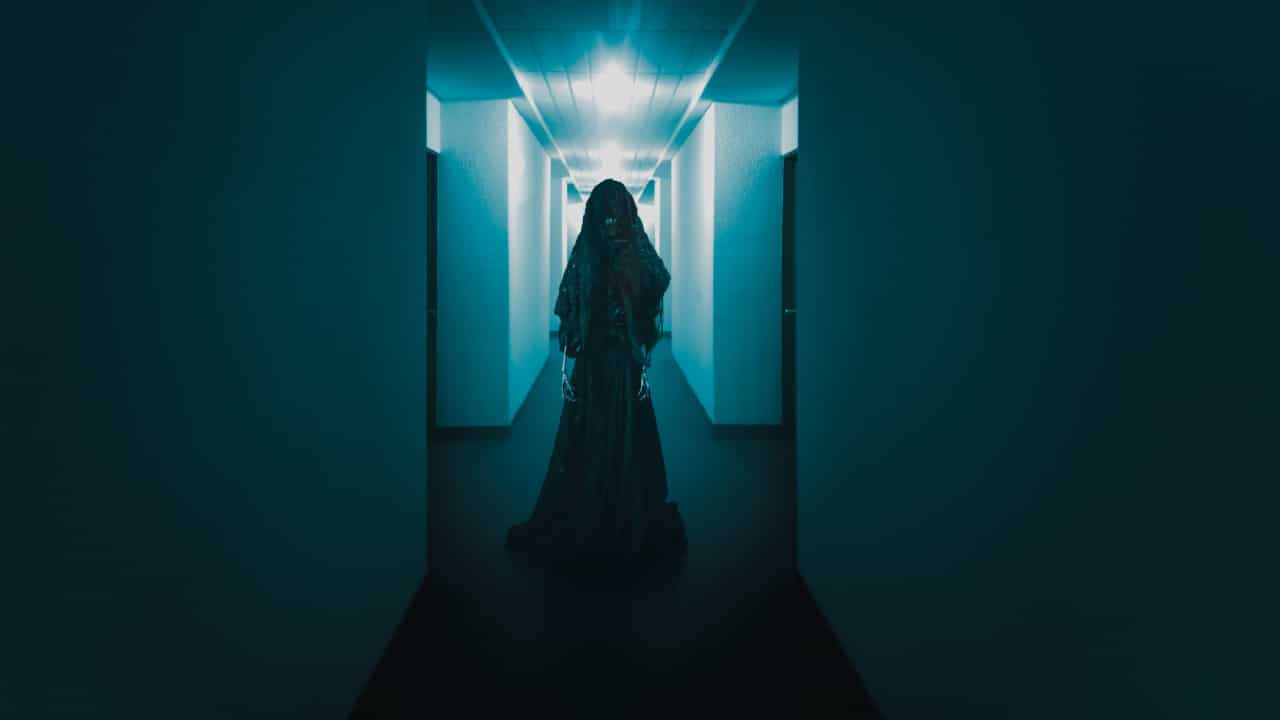 Are you brave enough to risk a ghostly encounter?

October is the season of changing leaves, fall harvests, pumpkin spice, and of course, a celebration of all things spooky, culminating with Halloween. Although the spirits honored on All Hollow’s Eve are typically make-believe, tales of true hauntings abound.

Consider a stay at one of these notoriously haunted hotels, verified by Historic Hotels of America’s Preservations Trust’s annual survey, and sneak a peek behind the veil this Halloween!

Tales of hauntings abound at the Concord, but room 24 is the best place to glimpse the earth-bound spirits roaming the inn. Guests reported seeing grey apparitions in the room as early as the mid-20th century. However, the ghostly residents don’t always stick to a room.

Guests and staff describe a slim, older woman and a gentleman wearing a top hat appearing in the sitting room. These may be the most famous spirits on the list – they are rumored to be the ghosts of Henry David Thoreau and his beloved aunt, who lived at the inn when it was a private residence.

The Omni Homestead is the oldest known resort in America. Constructed in 1766, the inn has a long history of paranormal activity.

The most famous ghost resident is a jilted bride who haunts the 14th floor. According to legend, the groom succumbed to pre-wedding jitters, ditching his bride-to-be before the wedding. Distraught, she took her own life. Her spirit roams the halls, lingering on until her beloved returns.

Despite its reputation as a haunted hotel, most fall guests aren’t hunting ghosts. Travelers hoping to glimpse the spectacular beauty of a New England fall flock to the resort, so if you’re hoping to see spirits this Halloween, be sure to book early.

Travelers looking for a haunt in the Southwest should head to the historic Emily Morgan Hotel in Downtown San Antonio. The hotel sits where the Mexican barracks lay during the historic battle of the Alamo. Over 600 soldiers lost their lives on or near the hotel grounds.

Guests describe an array of paranormal happenings. Phones inexplicably ring in the middle of the night, doors close for no reason, mysterious shadows lurk in corners, and attendants discover freshly cleaned rooms in disarray.

The infamous battle is not the only source of hauntings at the Emily Morgan. The location initially served as a medical center rumored to house patients with severe psychological disorders, and visitors often report medical-related sightings. Some hear hospital carts outside their doors, while others smell the distinct antiseptic odor associated with hospitals.

The Sayre Mansion is a historic Bed & Breakfast nestled in historic Bethlehem, Pennsylvania. Once a personal residence, the inn was transformed into a bed & breakfast in 1993.

Visitors report feeling mysterious yanks on their clothing, electronics turning on and off without any reason, and items that disappear only to show up later in a different location. Some think the spiritual residents are ghosts of the six Sayre children who died in the home. Others conclude that Mr. Sayre himself haunts the inn. Sayre passed away in 1907, and his suite is considered one of the most active in the hotel.

The Sayre Mansion embraces its spooky reputation with special ghost hunting events throughout the year. Guests conduct paranormal investigations with Wyoming Valley Ghost Tours in the mansion’s most notoriously haunted rooms. The event is growing in popularity and has limited space, so make reservations early to ensure you don’t miss out.

San Diego, California, is the ideal destination for surfing and sunshine. But don’t let the sunny disposition deceive you. One of the most pristine San Diego beaches is home to a legendary haunted hotel: the Hotel del Coronado.

The most well-known ghostly tenant is Kate Morgan, a young woman who checked into the hotel alone in 1892. Five days later, employees found her body on the outside stairs after she succumbed to a fatal gunshot wound.

Morgan is a prankster who enjoys randomly moving items, opening and closing doors, and turning televisions on and off. The most active areas are her guest room on the third floor (the most requested room in the hotel – so book well in advance!) and the gift shop on the first floor.

However, the most notorious resident is one who never left. According to legend, Faith Summers checked in with her new husband during the hotel’s debut year. Her groom left to get cigarettes and vanished, never to return. Faith stayed in the room awaiting his return for three days, then, overcome with despair, took her own life.

Legend has it Faith remains in the hotel to this day. Guests frequently encounter a young woman crying at the edge of a bed who vanishes when approached. Visitors to Faith’s honeymoon suite report cold spots and the lingering smell of fresh flowers, while employees often recount seeing a woman in a pink dress drifting between rooms.

The Crescent Hotel and Spa in Eureka, Arkansas, burst onto the high society scene with a gala ball in 1886. The building has had many uses throughout its history, but its stint as a phony cancer clinic is the most notorious. Here, the infamous Dr. Norman Baker swindled patients with fake, often painful, “cures” for the terminal illness.

Although guests may get a glimpse of the scandalous doctor in the hotel lobby, he’s not the most famous resident spirit. A helpful haunt known as Theodora organizes guests’ closets, cleans their rooms, and folds their clothing. According to legend, Theodora is one of the unfortunate souls who lost her life in Dr. Baker’s care, remaining in the hotel to this day.

This article was produced by Partners in Fire and syndicated by Wealth of Geeks.

Melanie launched Partners in Fire in 2017 to document her quest for financial independence with a mix of finance, fun, and solving the world’s problems. She’s self-educated in personal finance and passionate about fighting systematic problems that prevent others from achieving their own financial goals. She also loves travel, anthropology, gaming, and her cats

The Dirty Dozen: The Worst Things You Can Put on a Resume Today

You Earn a Nice Paycheck, but You’re Not Rich Yet? You’re a Henry