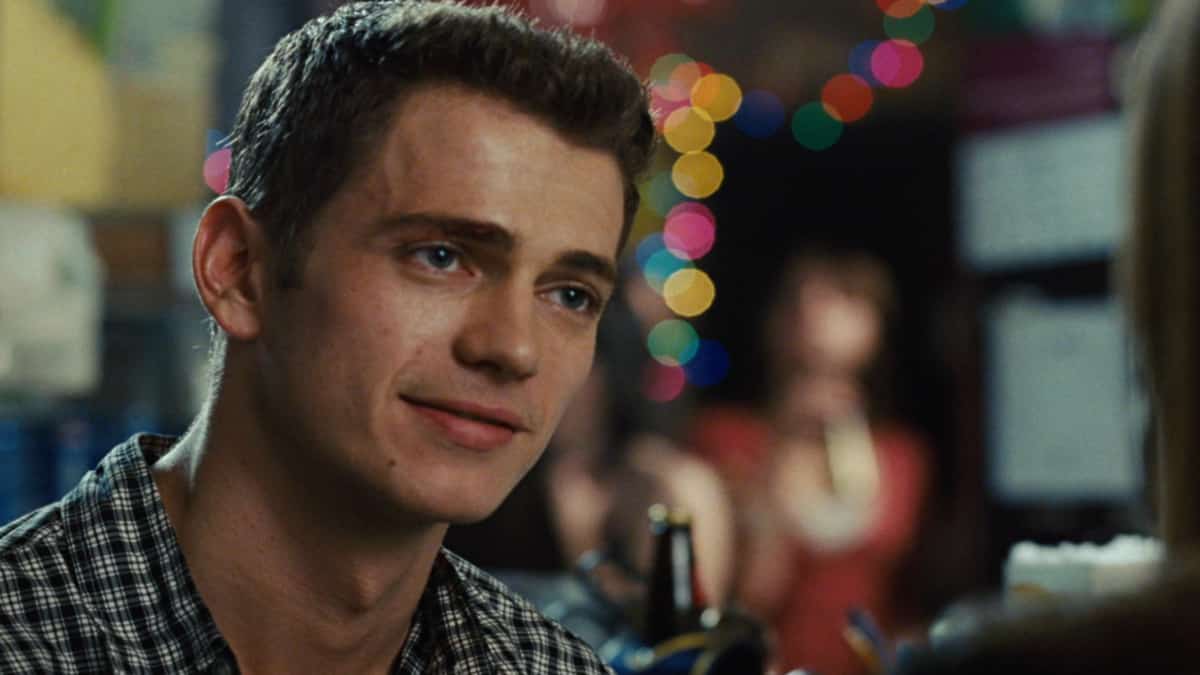 Hayden Christensen may best be known for playing young adult Anakin Skywalker/Darth Vader, but during the early 2000s, he also played several parts in other films.

From lead roles in romantic comedies to gritty, violent dramas, Hayden showed his range beyond the confines of a galaxy far, far away. While the movies listed are not all his film roles, these are Hayden Christensen’s best non-Star Wars roles.

Jumper stars Christensen as David Rice, a young man capable of teleporting virtually anywhere he wants. His lifestyle is lavish due to his ability to “jump” in and out of bank vaults. However, he is hunted by a secret society of religious fanatics who believe his existence is blasphemous.

Christensen approaches this role with swagger and enthusiasm, and it’s clear that his chemistry with his character’s romantic interest, played by Rachel Bilson, who later became his fiancée in real life, is authentic. Jumper received negative reviews from critics, but audiences gave the movie a “B,” according to a poll by CinemaScore.

Another critically panned film starring Hayden Christensen was 2007’s Awake. Christensen plays Clay Beresford, Jr., a young billionaire who needs a heart transplant. He marries his love, Samantha “Sam” Lockwood, at midnight before his surgery at the local hospital. During the operation, Christensen’s character experiences anesthesia awareness which causes him to have an out-of-body experience that helps him uncover his doctor and new wife conspiring against him to have him killed during the transplant.

While the majority of the acting by Christensen takes place during his out-of-body experience, the layers of intrigue and suspense help him stand out from this otherwise soap opera-esque drama.

While not a starring role, Takers showcases Christensen’s ability to act with some of the best in the business. Starring Matt Dillon, Paul Walker, Idris Elba, Jay Hernandez, Tip “T.I.” Harris, and Michael Ealy, among others, the film is an action-packed thriller centered on one last daring bank heist by a group of professional bank robbers.

While most critics took issue with the script’s more cliche elements, Christensen’s portrayal of cocky, smart A.J. makes his sacrifice toward the film’s end much more meaningful.

Based on the true story of real-life journalist Stephen Glass, Shattered Glass is perhaps Hayden Christensen’s most critically acclaimed role after his introduction as Anakin Skywalker. The film stars Christensen as Glass, depicting the rise and fall of his journalistic credibility while writing falsified articles for The New Republic magazine. Christensen won the Best Actor Award at the Las Palmas Film Festival for his role.

Before he was catapulted to stardom by his Star Wars role, Hayden Christensen portrayed Sam Monroe alongside Kevin Kline in Life as a House. The dad attempts to reconnect with Christensen’s character after learning he has advanced-stage cancer.

Christiansen’s portrayal of Sam’s growth from a resentful young man with problematic behavior to trying to mend his relationship with his father earned him a Best Supporting Actor nomination in both the Golden Globes and Screen Actors Guild. He also won the National Board of Review Award for Breakthrough Performance by an Actor.

Sedgwick and Quinn are involved in the film, but the relationship does not last. Christensen’s turn as Edie’s jilted lover is both intriguing and heartbreaking.

While his role in The Virgin Suicides is small, the movie’s cult following won’t soon forget the importance of his character. Christensen plays Jake Hill Conley, a friend of Trip Fontaine, the main love interest of Lux Lisbon, played by Kirsten Dunst.

Jake’s role is essential because Trip cannot take Lux to the homecoming dance unless Lux’s other three sisters have dates. The film’s ending stays with you long after the credits roll, and Christensen’s character is a small but significant part of that melancholy feeling.

In Vanishing on 7th Street, Hayden Christensen portrays television reporter Luke Ryder. Ryder lives in a world where the sun doesn’t provide light, and people are disappearing in the dark after a total blackout.

Despite its lackluster ending, Christensen offers great emotional range and the ability to intrigue viewers.

Created as an anthology of 11 films rolled into one, New York, I Love You stars Hayden Christensen as Ben, a pickpocket from Chinatown who ends up falling in love with a woman he sees in a photo from a stolen wallet.

While it’s a short film and another small role, Christensen’s character is fascinating to watch as this part is quite different from many of his other dramatic, more thrilling characters.

Our last entry is a faith-based film based on the book 90 Minutes in Heaven by Don Piper. It stars Christensen as Don Piper, a Christan pastor involved in a horrific car crash. Piper is pronounced dead at the scene, but he returns to life 90 minutes later when his body is brought to the hospital.

The film struggles a bit with the pacing, primarily due to the producer’s desire to be as accurate as possible to the book. However, Hayden Christensen’s believable depiction of a man struggling with his faith is notable, as is his chemistry with Kate Bosworth, who plays Piper’s wife, Eva.

Here Are the 15 Richest Black Billionaires in 2022