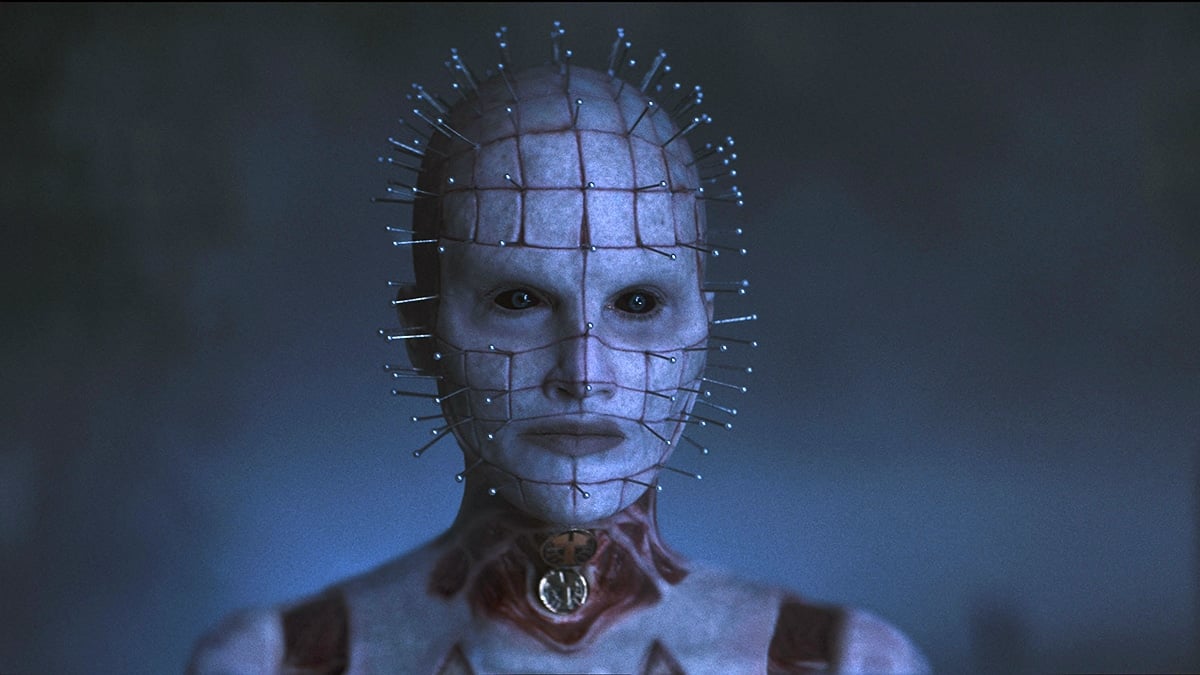 Too bad effects don’t equal creativity, or the new Hellraiser might be something at least adjacent to enjoyable.

The original 1987 horror classic was truly a nasty piece of work, with the type of gleefully unhinged creativity that only a pre-CGI world could give. It owed its existence to a decade ravaged by many plagues, namely the four-letter kind that could transform pleasure into a death sentence, and greed. Yet the kind of greed the movie truly condemned was less a judgment on the rich than a more insatiable form of cruelty, which drove a person to consume all regardless of the cost, human or otherwise.

The truly insidious thing was how close that cruelty could be, say inside our very childhood homes, or even unbeknownst to us, within our own spouse, adding a whole other twist to the evil stepmother device. Those forces were embodied by the supernatural entities the Cenobites, who are unleashed onto whatever unfortunate person opens the puzzle box that acts as a gateway to their hellish realm.

It’s difficult to picture a more perfect time for the franchise to return, with inequality and outright desperation driving many to make a devil’s bargain with far worse creatures than the iconic Cenobite Pinhead. The decision to take the 2022 remake in another direction could have been an interesting take despite its overly obvious meditation on addiction and the toll it takes not only on the person in thrall to their drug of choice but on their loved ones. Unfortunately, such musings have no place in the franchise this movie is attempting to resurrect.

Riley (Odessa A’zion) is an alcoholic who’s been sober for months, but has yet to break free of the classic junkie mentality which drove her to the bottle in the first place. She’s made it to a stable, if precarious, place and has people who care about her, but still makes a self-destructive decision to change her chronic financial deprivation. She breaks into a warehouse with her boyfriend Trevor (Drew Starkey), the type where anonymous one-percenters supposedly keep their goods. Of course, the only thing she discovers is the puzzle box, and she inadvertently unleashes the Cenobites onto her friends and family.

These monsters bear a superficial resemblance to the original creatures you could certainly picture slithering up from hell itself, but in what is now classic filmmaking fashion, the effects are rendered so coldly that these unholy creatures could be pretty much any CGI creation. The tortures they inflict are likewise rote, since any seasoned moviegoer, and pretty much every horror fan, will take them in stride.

Then there’s the very misguided morality of the movie itself, which holds Riley accountable, not only for her actions, but the torments themselves. The original may have been laced with its own moralizing that was distinctly ‘80s, but it didn’t exactly blame people for being curious about a box that was obviously meant to be toyed with. But Riley must be accountable for all the death and destruction that follows without much exploration of her character and those around her who are also at risk of torture and death.

A Certain Kind of Hell

It’s hard to follow the thinking on this, especially since the new Hellraiser kicks off with a classic score and a decadent party for the wealthy that seems primed and ready for the gates of hell, complete with the usual entitled billionaire (Goran Visnjic) with no regard for anyone around him, likely because anything resembling consequences for his actions may be the one thing he has yet to experience. Yet Hellraiser is more concerned with goading Riley into learning some kind of lesson, seeming to relish her suffering rather than provide anything resembling entertainment, or at least some decisions that don’t involve massive plot holes or lack of intelligence.

DC’s Stargirl 3×5 Is a Slow Burn, but Sets up for Something Epic