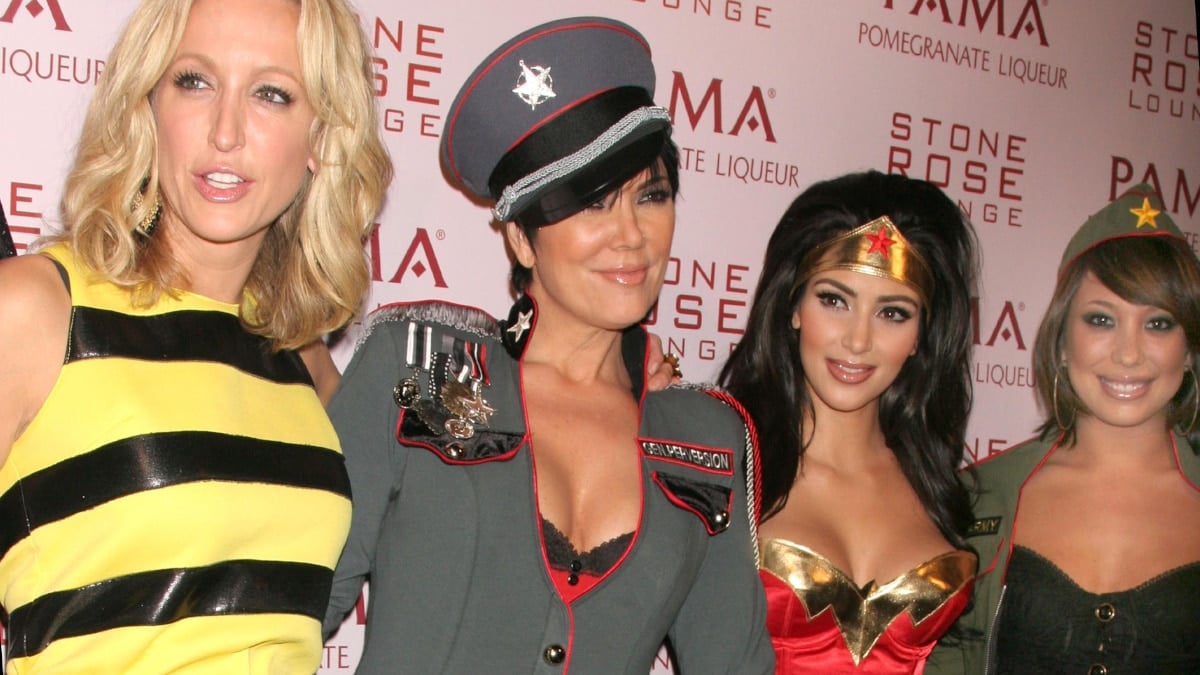 Women have been breaking the glass ceiling and excelling in their respective fields for years. In recent years, we've seen more and more women taking on prominent roles in the news media and being paid handsomely for their work.

These prominent female anchors are well-known for their appearance, hard work, and professional value. Although careers in television news are fragile, these women have made their mark and are here to stay.

Who are the top 30 richest female news anchors in the world? Let's take a look.

Kayleigh McEnany is a political commentator, author, and journalist who served as the former White House Secretary in the Donald Trump administration. She presently works with Fox News as an on-air contributor.

McEnany has an estimated net worth of $1 million.

A journalist and news anchor, Giselle Fernandez is famous for her work as a host on Spectrum News 1. She has also worked as a guest anchor for CBS and NBC News. Giselle is estimated to be worth $1 million.

Ana Navarro is a Nicaraguan-American news host and political strategist with a net worth of $3 million. She is a CNN contributor and a permanent co-host on The View—a daily American talk show on ABC News. Navarro has been nominated for several journalism awards for her exemplary journalism career.

Over the years, she has worked with several radio networks, including NBC, CNBC, MSNBC, and CBS. Golodryga has a net worth of $3 million.

Andrea Mitchell is a well-known American news journalist with a career spanning more than two decades.

Mitchell currently works for NBC News as an international correspondent and has a net worth of $5 million.

She has also appeared on NBC Nightly News with Lester Holt and special reports for the program.

Elizabeth Anne Vargas is a television news presenter with a net worth of $6 million.

She is most known for her work on ABC's World News Tonight and the evening news show 20/20. Vargas has also been featured as a newsreader on ABC News' Good Morning America in 1996. In addition, she won a Peabody Award for contributing to the network's coverage of Hurricane Sandy on 20/20.

Harris Faulkner is a media journalist who works for Fox News.

She started working as a freelance business writer for an alternative newspaper. She then joined Fox News in 2005 and later became one of the hosts on the network's show, Outnumbered, a position she has retained.

Faulkner has a net worth of $6 million.

Tamron Hall is best known for her work on NBC News and MSNBC.

She was the former co-host of the NBC news program Today's Take, but she now hosts her daytime talk show, Tamron Hall, on ABC News. Her net worth is estimated to be $7 million.

Robin Meade is an author and TV reporter with an estimated net worth of $8 million.

Mellisa Francis is an actress turned news personality. She is notable for her presence on CNBC, Fox News, and Fox Business News.

Hasselbeck was a correspondent for ABC News, best known as the former anchor of The View.

She was also a former contributor to ABC's morning news program, Good Morning America. Although she retired from television, Hasselbeck recently made a comeback as a guest co-host on The View.

She has an estimated net worth of $16 million.

Nancy O'Dell is an entertainment news journalist with a net worth of $16 million.

She is best known as the co-anchor of Entertainment Tonight, a news show. In 2020, O'Dell was named a special contributor to People magazine's entertainment series, People (The TV Show).

Deborah Norville is a successful broadcaster, businesswoman, and author with a net worth of $18 million. Her career began as a full-time reporter for WAGA-TV. She has also worked for the Today Show on NBC and CBS.

Norville is currently the host of the CBS news show Inside Edition.

Paula Zahn is an American journalist who was the anchor of the CNN news show Paula Zahn Now.

She began her career at ABC News and has since worked with CBS, Fox News, and CNN.

She is now a documentary host on the Investigation Discovery channel and is estimated to be worth $18 million.

Christiane Amanpour is a British-Iranian television host and journalist best known for her in-depth coverage of war zones and other conflict areas.

She served as the chief international correspondent for CNN and was a news anchor for the ABC news program, Today.

Amanpour has an estimated net worth of $18 million.

Lara Spencer is an author and TV producer. She started her career as a broadcast journalist in the early 1990s and has worked for several news outlets, including NBC and MSNBC.

She is notable for her direct interviewing technique and has conducted interviews with some of the most prominent figures in politics, entertainment, and business. Spencer is also an author and a television producer.

Abigail Haight Huntsman is a Fox News reporter notable for her work on NBC, ABC, and MSNBC.

American TV journalist Ann Curry has a net worth of $20 million.

She gained notoriety as the Today Show news anchor, co-hosting the show from 2011 to 2012. She has also served as the NBC News National and International Correspondent.

Erin Isabelle Burnett is a journalist and writer. She has appeared on CNBC and NBC News and is currently the host of her show, Erin Burnett OutFront, on CNN. Burnett has a net worth of $20 million.

Mika Brzezinski is a news reporter and author. She served as the primary “Ground Zero” reporter for CBS News on September 11, 2001. As of now, she co-hosts MSNBC's Morning Joe. Her net worth is $20 million.

A comedian, actress, and television host, Joy Behar is best known for her work as a co-host of ABC Network's The View.

In 2009, she and her The View co-hosts were the recipients of a Daytime Emmy for Outstanding Talk Show Host. Her net worth is $30 million.

Rachel Maddow is known for her progressive political views and passionate delivery.

She began her career as a radio host before moving to television. In 2008, she joined MSNBC and is currently working with the network. Maddow has a net worth of $35 million.

Gayle King is a famous American TV journalist and media personality with a net worth of $40 million. She is the co-reporter of CBS This Morning, working alongside Tony Dokoupil and Nate Burleson.

She is widely known for her work as the moderator of The View from 1997 to 2006. Vieira has also won several awards during her career and has an estimated net worth of $45 million.

Megyn Kelly has amassed a net worth of $45 million thanks to her role as a journalist and author. She gained national attention for her prominent role on Fox News Channel. Kelly now hosts her self-titled talk show on SiriusXM.

Maria Sara Bartiromo is a business news commentator for the Fox Business Network.

She previously worked as the co-anchor of CNBC business day programming, making regular appearances on other CNBC flagship programs, including Closing Bell. She has a net worth of $50 million.

Robin Roberts is a journalist and TV personality with a net worth of $45 million. She is well-known for being a co-host of ABC's Good Morning America.

Robin began her career as a news reporter at Hattiesburg, Mississippi's WDAM-TV. She eventually worked as a sportscaster for ESPN before moving to ABC News. In 2005, She joined Good Morning America as a co-host and has held that role ever since.

Kathie Lee is an award-winning news anchor with a journalism career of over 20 years.

Lee started as a vocalist on the Tom Kennedy game show, Name That Tune. She eventually became a TV reporter and has reported for numerous news networks, including ABC and NBC News. Lee has a net worth of $60 million.

Diane Sawyer is widely known for anchoring ABC's World News before stepping down in 2014. She currently works with ABC News as a journalist. She is reportedly worth $80 million and earns an annual salary of $22 million.

Couric is a reporter and talk show host who served as the global anchor for Yahoo News. She is best known as the former host of The Today Show, a prominent evening news program. Couric has a total net worth of $110 million.

This roundup is the complete list of female news anchors with an average net worth of $35 million. They are hardworking, strong-willed, and intelligent women. Their stories, background, and net worth are all inspiring.

Here Are the 15 Richest Actresses of All Time

10 Worst Simpsons Episodes of All Time