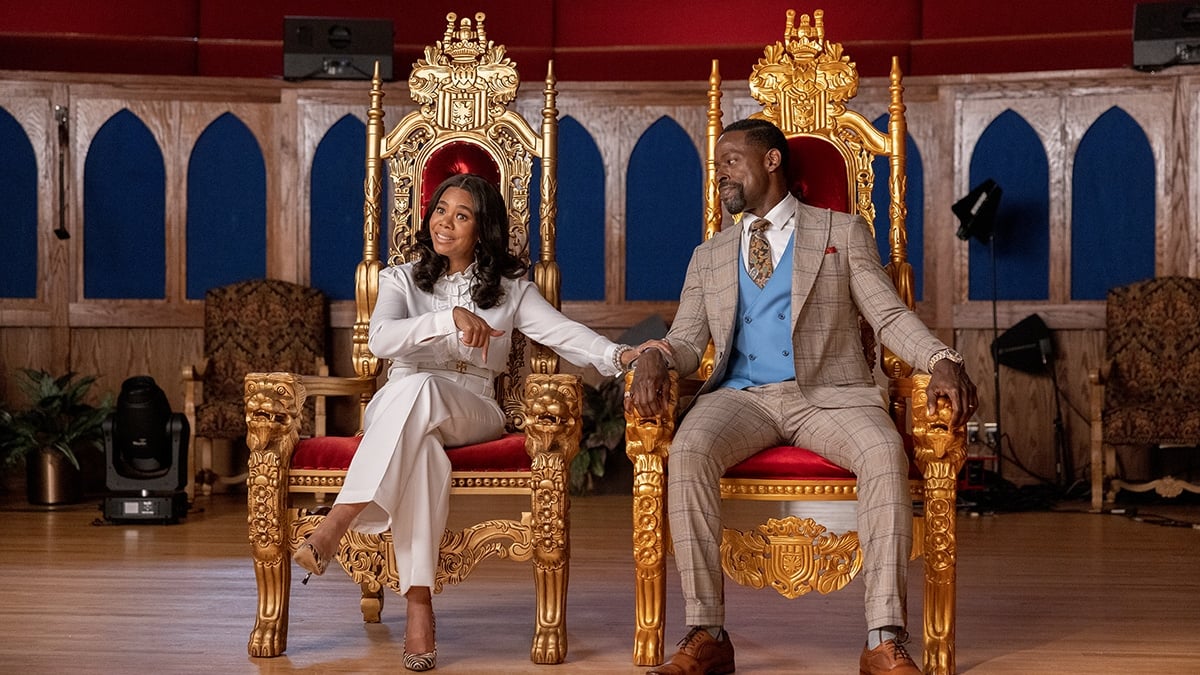 This movie will take audiences by surprise with laugh-out-loud moments, as well as ones that are too cringey to watch without doing so through your fingers. Regina Hall and Sterling K. Brown star as first lady Trinitie Childs and Pastor Lee-Curtis Childs, respectively, and while they are both incredible in their roles, it is Hall who steals the show.

This story follows a Southern Baptist megachurch that has undergone quite the scandal and must now rise to the top again. As the Childs struggle to put the past behind them on their journey to reopen their church, a documentary crew follows them around, capturing their every move on camera.

Throughout the movie, there are a lot of staged interviews going on, but there are also sometimes that clearly, the audience is seeing what the camera crew is not. This is where things can get a little confusing, however, it quickly becomes obvious within a minute or two.

There is no question that Brown and Hall are both phenomenal in what they do. They have perfected their craft and it shines through in this movie. It is easy to believe that their relationship is strained after the sins of the past, but also that they are trying their best to get back to where they once were. At the same time, they are materialistic, selfish, and manipulative.

Both Brown and Hall excel in Honk For Jesus. Save Your Soul., but it is Hall’s emotional performance, particularly by the end of the film, that will have audiences cheering, clapping, and quite possibly wiping away some tears. She brings something special to Trinitie that allows her to be likable and relatable, giving audiences a chance to connect with her and feel for her.

The vibe of this movie is very much a comedic satire. It pokes fun at the Pastors of megachurches (think Righteous Gemstones) but not in a way that feels cheap or repetitive. The comedy is done in such a way that it is hilarious but also disturbing at times because of how real it feels. This is smart comedy and smart writing. Honk For Jesus. Save Your Soul. comes off as a documentary. It could easily have been real people on the other side of that camera – that is how believable this movie is. And that is what makes it work so well.

The supporting cast is there to play their roles, and they do a decent job with it, but it is Hall and Brown that are at the forefront of every scene – and rightfully so. The two are legends in the acting world, and work wonderfully together. We would say they have great chemistry on screen but perhaps it is the snarky anti-chemistry that makes them perfect for these roles.

Honk For Jesus. Save Your Soul. clocks in at one hour and forty minutes, which is a great length. However, there are a few times, especially towards the end, where things could have been cut. There are some scenes that go on just a little bit too long and because of this, the pacing suffers. That said, it isn’t so bad that viewers will be checking their watches as they are eager to leave.

It is recommended that you see this movie in a packed theater, with viewers that are unafraid to yell out and scream at the screen when a poor decision is made, laugh at their loudest, and even dance along when the time calls for it. Honk For Jesus. Save Your Soul. is a unique movie, and seeing it in a theater is an experience that shouldn’t be passed up on.