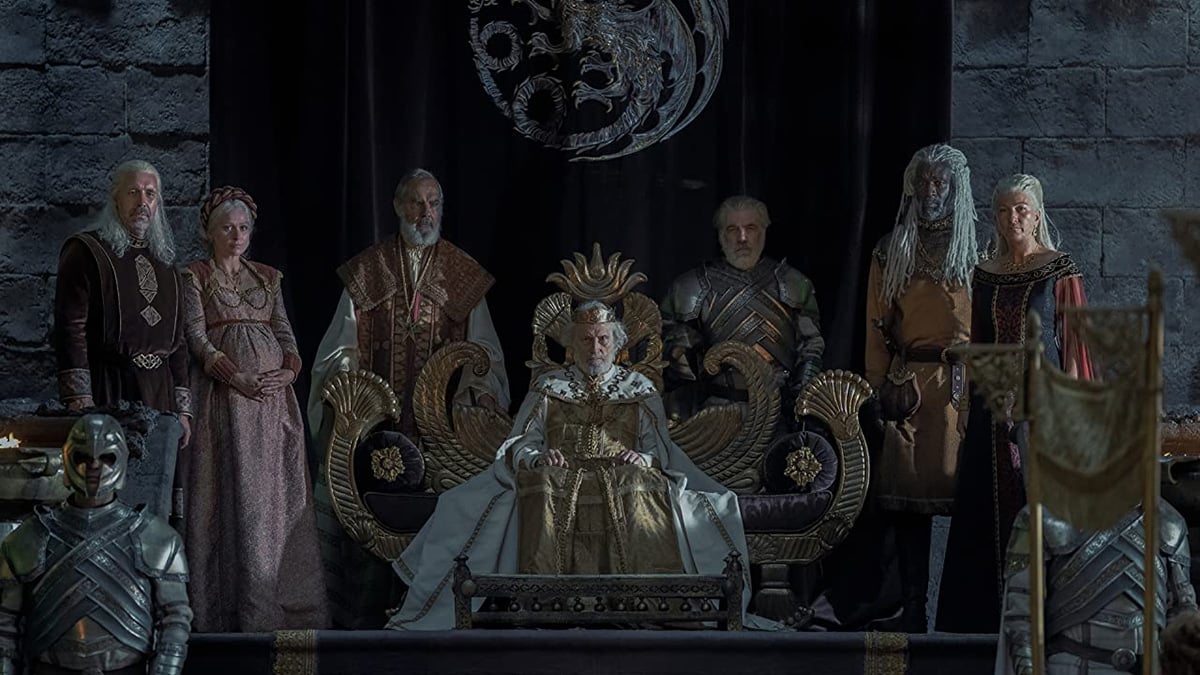 After all the hype and glory built up around HBO's Game of Thrones series, I decided to watch House of the Dragon (HOTD) as it premiered.

For nearly a decade, friends, coworkers, and random strangers sitting on park benches all obsessively discussed Game of Thrones (GOT). It became a legendary pop culture phenomenon overnight.

Nonetheless, the show was well into its story when I obtained access to HBO. So I never embraced the fandom, but always wondered what I was missing.

Clearly, with a nearly ten million record premiere viewership, this show should be remarkable. So I wasn't going to be left out again.

However, after watching it, I admit I was shocked and maybe even traumatized. And it left me questioning, am I the only one?

First Impressions of House of the Dragons

The dragons are beautiful, and watching Princess Rhaenyra Targaryen (Emma D’Arcy) fly into the castle grounds on one was fantastic. Immediately, my ears tuned to the musical score.

It's incredibly heroic sounding and the only enjoyable part of the show besides the costumery. The show’s composer, Ramin Djawadi, is best known for his Emmy-award-winning Game of Thrones score.

But he also composed the music for other TV series', including Prison Break and Person of Interest. Notably, he scored big with Iron Man (2008). These are all influential scores, and I do not doubt that Djawadi’s influence will make future HOTD battles epic.

A sinister Prince Daemon Targaryen (Matt Smith) and his men create unspeakable and unnecessarily graphic violence. Granted, one could argue that violence existed in these circumstances – the real world as well as this fictional one.

However, it's not necessary to be so over-the-top and vulgar. As the men charged into a village, they began beating and amputating people, left and right.

Two men held another man against his will as he was ruthlessly pantsed and castrated. I can still see the disgusting, bloodied phallus in my head. It may be the one time I didn’t appreciate having a 65-inch flat screen.

Then, Prince Daemon beheads a man before tossing the bloodied head into a two-horse cart required for removing all the dismembered body parts. People were wailing everywhere. But not Daemon; no, the Prince was sneering.

Shockingly, it looked terrifyingly real, and the screaming was believable. The cart filled with bloodied limbs and heads was needlessly grotesque.

After Prince Daemon returns from his murderous bloodbath, he engages in adult relations. And not even soft-core.

The reality is that not everyone watches adult relations, despite what the Internet and many churches allege. So it was uncomfortable watching two fully naked people engage in hard-core relations. Right?

The noises and actions cause visceral reactions. I didn't sign up to view an X-rated show, and I feel somewhat violated when that content happens so quickly. And it's not relevant to the story. At all.

I'm beginning to believe it's to seduce society into the deviancy associated with watching adult relations. I feel sorry for anyone battling that addiction when these scenes come on unsuspectingly.

Am I the only one bothered by the overwhelming frequency of these explicit s*x scenes? Surely, some people aren’t judging me as a moralist or prude?

Additionally, they had an audience of caged women, which was offputting. They appeared salivating through the bars as the Prince roughly gripped and pounded all over his bent-over concubine.

I watched the show with my husband, and we stared at each other through their “pleasure noises.” Sadly, it's not the first time television has shocked us and left us feeling awkward.

We love Animal Kingdom and Power but could do without the overly graphic scenes. Seeing the s*xualization of ourselves and our children with the content that's become normalized is disconcerting.

Later, the Prince is seen again in a circle of people with two naked ones at its center. One on all fours, and the other? Well, use your imagination.

What is the purpose of adding that to the story? I realize there are warnings for s*xual content, but what is presented on the screen varies with that warning. And I found these scenes to be extreme.

Queen Aemma's (Sian Brooke) heartbreak is the most unbearable part of the first episode. First, she worries that she's failed her husband and King Viserys Targaryen (Considine) because she's not produced a son.

Then, she pleads, “This is the last time. I've lost one baby in the cradle, two stillbirths, and two pregnancies that ended well before their time. That's five in twice as many years.”

For anyone who has gone through relatable circumstances of any of those tragic realities, it's heart-wrenching. Then, finally, we learn the baby is breached, and she has a cesarean birth without anesthesia or pain medication.

At first, the King comes to her side to comfort her. He assures her that the baby is coming and they will get it out. But when two maidens grab her feet to pull her down, her eyes meet the scalpal, and she's terrified.

She realizes what is happening and expresses her fear. It hurts to watch even without having been through any of her aforementioned pain.

Next, the King squeezes her hand and instructs her not to be scared before we see her stomach cut open. She's screaming, “No,” the entire time, and it rips at your chest.

Am I the only one who can't handle hearing a woman in pain begging no? It felt like it was done without her consent, despite not having many medical options. I had to pause the show and only continued watching to write this piece of disbelief.

I'll spare the overly graphic details, but it's a traumatic scene that unfolds. The music is its only saving grace. Ultimately, the Queen dies, and the King laments by her side, hand in hand.

Later the King is congratulated on having a son, an heir to the throne. However, in the next scene, we see the Queen and baby wrapped up and put on a ceremonial wooden platform.

Then, Princess Rhaenyra mournfully says, “Dracarys,” which is the command used to get their dragons to breathe fire. It's impossible to watch the scene without tissues.

The sad reality is that I was intrigued by the show's end, but knew that I could not stomach watching another episode of the story.

The final scene sets Princess Rhaenyra as heir to her father's throne, promising a powerful female-led saga. She stuns in her royal attire.

But I'm afraid I will be sitting this one out. Am I the only one who doesn’t understand the obsession with these unnecessarily graphic fantasy series?

The 10 Best Episodes of That 70s Show