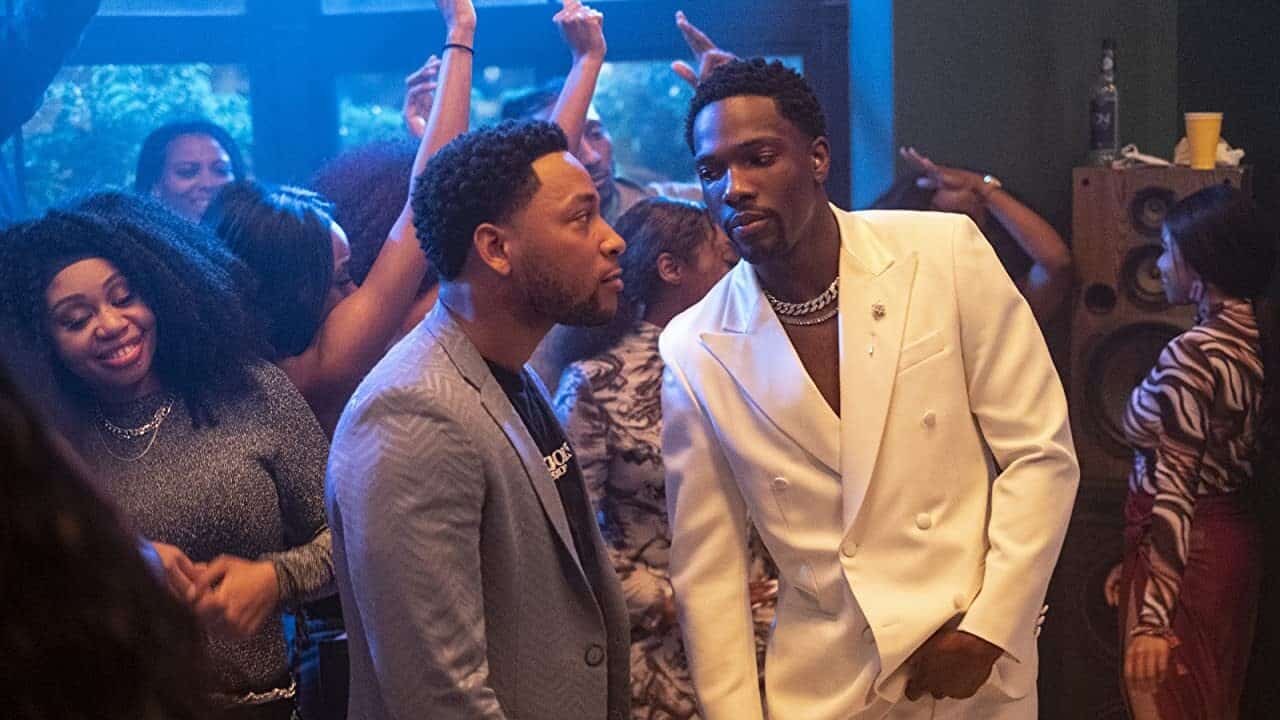 When a House Party remake was announced, excitement and concern were the primary emotions. It comes over thirty years after the original that starred Kid and Play. The first was a hilarious joyride. Not only that, there was a story. The 1990 House Party touched on issues like safe sex and police brutality. Granted, segments of the film did not age well. But this House Party lacks depth and comedy. An occasional chuckle may escape from time to time. But a grimace or sad trombone’s “womp” is the primary reaction. House Party is incoherent and dull. It’s the broken watch that’s right twice a day in cinema form.

It seemed hopeful, with writers Stephen Glover and Jamal Olori crafting the script. They were part of the critically acclaimed, award-winning TV series Atlanta. Directed by Calmatic — who is also directing a remake of the 1992 film White Men Can’t Jump — he tries his best. And the direction makes the film bearable for a time. The issue does not lie with the film’s appearance. With disjointed dialogue, jokes miss more than land. Ultimately, Kevin’s (Jacob Latimore) and Damon’s (Tosin Cole) characters have a personality deficit that hinders excitement for their success or failure.

Kevin works as a cleaner, makes beats at home, lives with his parents, and shares custody of his daughter with his ex. We never see or learn about this ex, except via Kevin, who says she will take full custody if he cannot provide for his daughter. Sure. That’s what being a parent is about, doing what’s best for the child. Even the daughter, the motivation for all of Kevin’s decisions, is a blip on the screen. Instead of cultivating that connection to hook audiences, they leave it as a he makes a cutesy face and drops back on the bed next to his little girl. Apparently, that should be enough to show how Kevin’s devotion.

Damon lives with his aunt, moonlights as a promoter at night, and works alongside Kevin, spiffing up homes for the wealthy during the day. When they realize they’re in LeBron James’ house, Damon comes up with a plan to invite celebrities and their usual party-goers. That way, Kevin can get the money to pay for his daughter’s private school. But after creating rules to keep the party a secret on social media, Damon proceeds to break them. House Party’s trajectory is clear, but it needs to make a ludicrous pit stop or two on the way to Lebron’s shocking arrival.

While the music was catchy in an old-school way, the dancing felt mismatched with the music. It felt as out of place as the attire on the cast. Neon green with a glittery, bedazzled pink? Kevin and Damon revisit Kid and Play’s footwork from the original film’s dance-off. However, this had a “let’s get this out the way for fans of the original” energy. And while Montell Jordan’s “This Is How We Do It” still sounds good, the lazy moves did not fit this track. It’s a blink-and-you-’ll-miss-it moment.

For House Party, women are again relegated to “hoes” or love interests, like Venus (Karen Obilom) putting her job on the line to help Kevin. Venus’s sole purpose is to be there as Kevin’s support and deliver a pep talk from time to time. She and singer Mya help the friends return to their bromance. Unlikable Damon is the man that hits on a woman, then insults her when she rejects him. House Party is steadily loses steam, dragging along.

Toward the end, the film goes off in a ridiculous, albeit surprising, direction. Cameos saturate the film, from Tinashe to Snoop Dogg to Lil Wayne; most are pointless. After overloading cameos in this interminable film, there is a quest to sneak into an Illuminati get-together. A shoddy, nonsensical gladiator life-and-death battle ensues. It is not funny but uncomfortable. It was like watching a mishmash of the one-on-one in Django Unchained mixed with the blood-drenched color palette of Them. Then again, Lena Waithe is in the film.

By the time LeBron arrives, jail is on the docket. But it’s not over just yet because Damon challenges LeBron James to a basketball match. It makes sense to challenge a basketball star to avoid jail, and it certainly has nothing to do with playing up to sports fans in the audience. Throughout, jokes are flat, and few are funny. The only positives for House Party are an end to the tedium and maybe the high, clearly koala.

January cinema releases are usually subpar, either because the film is lousy or because film studios lack the understanding or will to market. For House Party, it is the former. How they dropped the ball this badly is anyone’s guess. Instead of fostering relationships, the movie throws music, unbelievable situations, and flashy celebrity power at audiences.

As a result, House Party misses that sweet nostalgic sweet spot and goes for a convoluted story with forgettable, one-dimensional characters.

DarkSkyLady is a nonbinary (they/them) culture critic/writer obsessed with anime, films (especially horror), manga, and games. Resides in NYC and when idle, sings along to anime opening and ending tracks, plays Dead By Daylight, Fortnite, Resident Evil or any other scary first-person shooter. Editor-in-Chief of DarkSkyLady Reviews. All their work can be found on Authory. Member of HCA, AAFCA, GALECA. Rotten Tomato-approved critic.

Your Guide to Estate Planning After an Unfavorable Medical Diagnosis