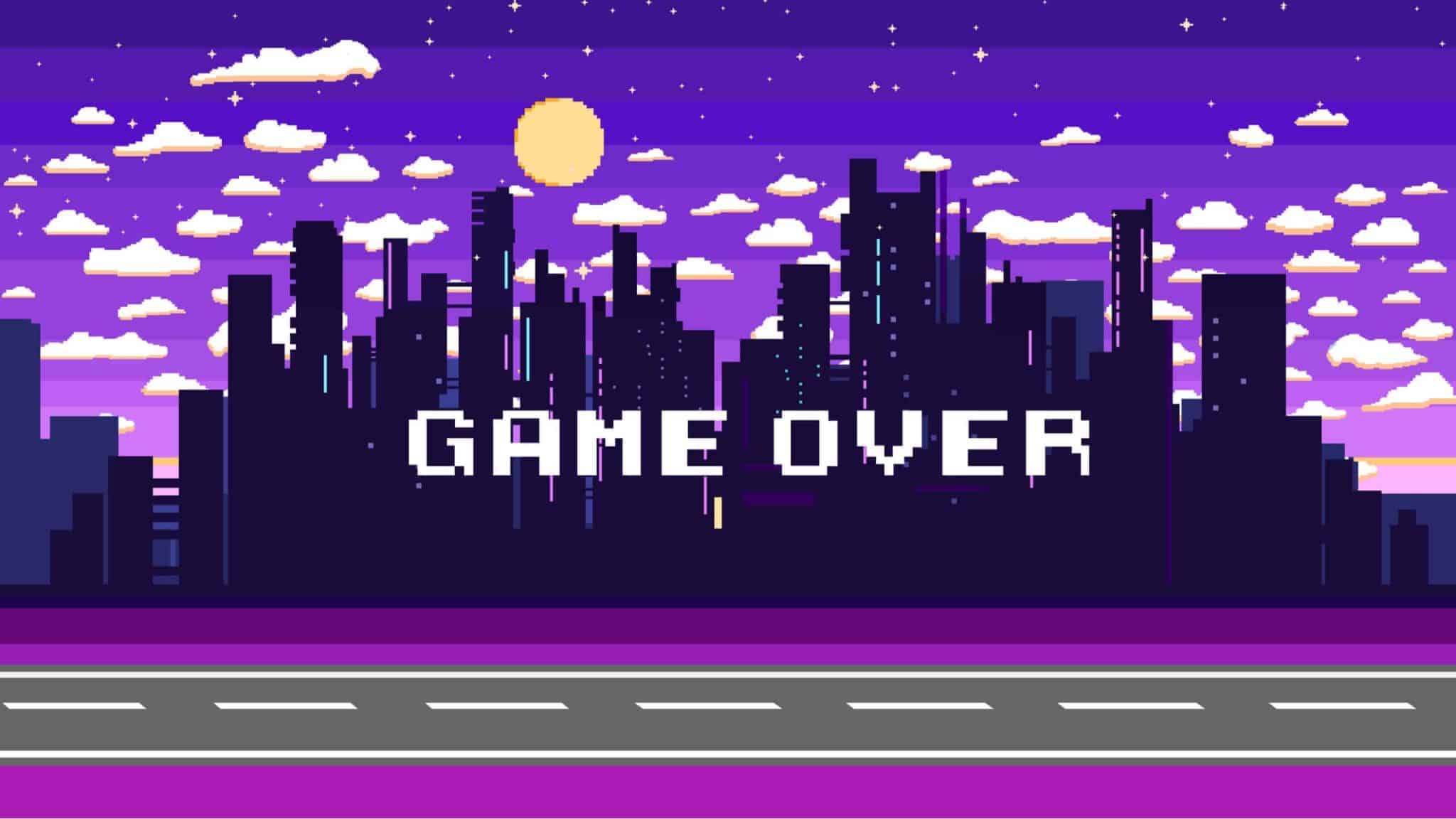 Quarantine has left all of us with a lot more free time on our hands. More specifically, free time at home.

This spike in free time has significantly increased the amount of time people have to spend playing. So, to help you navigate the vast world of available games to play, we’ve created a list of our favorite games and how long they take to beat. Enjoy!

How Long To Beat…

Death Stranding was a major title in 2019, and it was Hideo Kijima’s—one of the minds behind the Metal Gear franchise—big project. The game is highly realistic, and while the main storyline takes a solid 40 hours to complete, all of the available side quests and exploration will take much longer.

The lore is fascinating and mysterious. Players will get to see a star-studded cast, beautifully scored music,—Death Stranding has won several awards for its music—a fantastic landscape, and genuinely creative storytelling in this one-of-a-kind game.

Outer Worlds answers the question of what if Fallout took place in futuristic space?

It is no surprise that there are similarities between the Outer Worlds and Fallout since the makers of Fallout: Las Vegas also made this game. The main storyline will run the average player around 15 hours, but if you want to explore, then double the amount of time you’ll need.

Borderlands 3 is what happens when a shooter looter lets its players run wild. The game doesn’t require daily quests and instead allows players to co-op to their heart’s content.

Players generally need 30 hours to sow their mayhem and complete the game. Gather some friends, play online, and discover new legendary gear in the ever-engaging Borderlands 3.

If you’ve ever wanted to relive your childhood games of cowboys and Indians (ahem, Native Americans), just with more violence, then Red Dead Redemption 2 is the game for you. Its massive open world and variety of quests mean that players can spend hours and hours exploring.

The main story will take players anywhere from 40-60 hours, depending on how experienced a player is. Players can also explore Red Dead Redemption 2 Online, which despite a rocky start, has made improvements on this online open-world RPG. Either option—console or PC—is great for hours of non-stop fun.

The Kingdom Hearts franchise is wildly renown and for a good reason. The games combine our love of magic and Disney with our passion for action-adventure games. Kingdom Hearts 3 is loads of fun and offers between 30-50 hours on the primary questline.

Gather your Keyblades and fight-side-by-side with some of your favorite Disney characters in this new addition to a beloved franchise.

The God of War remake is all the things that fans love about the God of War franchise, upped to a whole new level for the PS4. Fans get to see their favorite Spartan in an entirely new light and a completely new setting.

Kratos rocks the Norse warrior look, and getting to deep dive into Norse mythology is loads of fun. Players could spend around 20 hours completing the game and about 50 doing a full exploration.

Capcom has been busy in recent years with creating remakes of their popular Resident Evil franchise. The zombie slasher is iconic, and this remake is gorgeously done.

The storyline takes about 15 hours, but to complete everything available in the game, you’ll need about 60 hours. Resident Evil 2 is the perfect game to hone your zombies fighting and evil corporation thwarting skills.

Resident Evil 3 was the next remake Capcom offered. The story takes place in the same timeline as Resident Evil 2. Resident Evil 3, however, has Jill Valentine—which is an instant bonus, in my opinion.

The game is significantly shorter than its predecessor, with players only needing an average of 5 hours for a complete playthrough, making it the quickest game on our list. The draw for Resident Evil 3 is the fact that players need multiple playthroughs to access all of its content.

The Legend of Zelda: Breath of the Wild

Zelda: Breath of the Wild is a fabulous addition to one of Nintendo’s most iconic franchises. It was one of the launch games for the Nintendo Switch. The story is terrific, and the graphics are fantastic.

The game takes about 60 hours to complete, and it is worth every minute. Breath of the Wild is a breath of fresh air to the Zelda series.

The Witcher is one of the most popular video game franchises ever. Between the books, the Netflix series based on the books, and the actual games, few people haven’t heard of this series.

The game is massive!

To play, the main questline is around 50 hours, and the two DLCs offer an extra 30 hours. To really explore the game, players can sink about 130 hours, if not more, to complete all of its content.

This action-adventure RPG is fantastic, and if you’ve never played a game in The Witcher franchise, The Witcher 3 is a great place to start.

Easily one of the most highly anticipated games of 2020, the Final Fantasy 7 Remake is amazing. The graphics are beautifully done. The game is technically only a fraction of the original; the game offers a deeper look into Midgard and its people.

Players can explore the different sectors of Midgard like never before with over 30 hours of gameplay needed for completion. The best part is that Square Enix has stated that there will be more parts to the remake in total, so by the time the full remake is out, there will be a lot more than 30 hours.

Everyone’s favorite wall-crawling web-slinger is back! Spider-Man is back and better than ever in this new adaptation available on the PlayStation 4.

The storyline is a mash-up of the comics and the movies, and it takes about 16 hours to complete. As a bonus, players get to be more than just Spider-Man, other playable characters include Mary Jane and Miles Morales. Three DLCs will run you about 2 hours apiece, bringing the total playtime to 22 hours.

See New York as you’ve never seen it before with this new addition to the Spider-Man video game library.

Far Cry is well known for its open-worlds and cheeky dialogues. Far Cry 5 is the latest installment in this open-world RPG series. The story is fresh, and there is no shortage of cultists and ‘Bliss’ users to battle.

With animal companions and hilarious NPCs, Far Cry 5 will give gamers plenty of distractions during the quarantine. Players can devote around 18 hours to the main storyline and roughly two-and-a-half times as long exploring the whole thing.

Are you looking to marathon three games in one?

Then you need Bioshock: The Collection. The game contains all the solo-player content from Bioshock, Bioshock 2, and Bioshock: Infinite all remastered for the PlayStation 4.

The collection offers 45 hours of gameplay for all three storylines.

Grand Theft Auto (GTA) is a pretty popular series, well known for its open-world, lawless chaos, and variety of quests. GTA 5 is one of the largest worlds in the GTA universe.

Players can count on spending at least 30 hours on main quests alone, but full exploration will run you around 80 hours. Players of GTA know that 80 hours offer plenty of time to engage in all the car thefts and abundant chaos your heart desires.

The Legend of Zelda: Link’s Awakening

The Legend of Zelda: Link’s Awakening is another big name for published by Nintendo. The game was the headliner for the Nintendo Switch Lite.

This remastered classic is masterfully redone. It takes all the things that players loved about the original and improves on them. With between 15 and 20 hours of adorable chibi fun, The Legend of Zelda: Link’s Awakening is a highly recommended addition to anyone’s Switch library.

Control is an exciting and fresh take on third-person sci-fi action shooters. The game features a main character named Jesse, who enters a very special building called, The Oldest House.

The Oldest House is the headquarters of a secret government agency, The Federal Bureau of Control. While in the Oldest House, Jesse gains psychic abilities that allow her to fight an evil mind-warping infection called the Hiss—trust me, psychically flinging thing at your enemies is as much fun as it sounds.

Between the main game and the DLC, players can count on roughly 15 hours of playtime. Named, IGN’s 2019 Game of the Year, Control is definitely worth adding to your ‘to play’ list.

Sekiro: Shadows Die Twice is an action-adventure game set in the Sengoku Era of Japan. Players get to be a rogue shinobi—a shinobi is a ninja for you non-Japanese speakers.

If you are a Dark Souls fan, then you will love this new game by FromSoftware—the developers of Dark Souls. Sekiro showcases what the developers of FromSoftware excel at, gritty, grueling combat, and a unique setting. Battle yokai—monsters from traditional Japanese folklore—for around 30 hours and master the art of shinobi swordplay in this satisfyingly challenging game.

Have a Switch and love JRPGs? Then Fire Emblem: Three Houses is the game for you.

Enjoy 50 hours of main story gameplay, and if you find yourself with extra free time, this game has got you covered. Full completion of Fire Emblem: Three Houses will run you for about 200 hours, easy—it is the longest game on our list with five different routes for players to pursue.

With charming anime-style graphics, turn-based combat, and strategic player interactions, Fire Emblem: Three Houses is a fantastic game and worth every minute of gameplay.

Luigi’s Mansion 3 is yet another fantastic game to add to anyone’s Switch library. The game focuses on Mario’s scardey cat brother, Luigi. In this game, Luigi must save his brother, Princess Peach, and the Toads from a hotel full of ghosts.

The game is nothing but good, wholesome fun, which will fun players anywhere from 15 to 20 hours. There was recently a DLC released for this game.

However, given how new the DLC is, there is little data about how long it takes to play. We have written a full review of Luigi’s Mansion 3, which you can read here.

Horizon Zero Dawn is hands-down, one of the best open-world RPGs ever. The game is so popular that even three years after its release, people still want to see this game be available on the upcoming PlayStation 5.

The game takes the best things about action RPGs, post-apocalyptic timelines, and robot enemies and rolls into 35 hours of main story gameplay and 8 hours of DLC gameplay. However, exploring this open-world is the best part of this game.

The graphics are the very definition of eye-candy, and with the average gamer taking 100 hours to explore both the DLC and the main game setting, there is nothing but fun for players everywhere.

Animal Crossing: New Horizons has been one of the most popular games of 2020 so far. The game is an absolute delight! Cute villagers, adorable avatars, and endless customizations are the hallmarks of this game.

The actual storyline requires upwards of 60 hours, but players have reported spending double that.

How Long To Beat Popular Games

Quarantine has been hard on all of us, and spending your time exploring new worlds is a great way to make things easier. These games are perfect for anyone regardless of what system you favor.

Players of any game style will find something to enjoy on this list. Beat the quarantine blues and immerse yourself in an engaging storyline and stunning graphics.

I'm a polymath, writer, and an all-around nerd. If it involves gaming, anime/manga, or comics I probably have an opinion on it. I have written pieces for The Nerd Stash and The Digital Spy. I love spending time with my dog, Jester, and playing a Simic Hybrid Wood Elf in D&D.

How To Become a Virtual Assistant (VA)