In one of the most recent reports on salaries earned by physicians, there has been a dramatic change across close to 30 specialties. Since the start of 2021, physician remuneration has increased following a stagnation in pay in 2020.

Depending on a physician’s field of specialization, many physicians earned on average – $386,000 before taxes. Let’s take a close look at the breakdown of physician salaries according to specialty.

When calculating the salaries of physicians and others working in the medical field, it is important to take a look at starting wages.

Physicians that have established themselves within their field tend to be able to command higher rates than those just starting out. The salary of a physician at the entry-level will be determined by their geographic region, education, specific skill set, and their certifications.

In the US, the starting pay for an entry-level doctor with the most basic of certifications ranges between – $180k and – $230k per year. Also, physician assistants typically start out with a salary that ranges between – $88k and – $110 per year.

The Role of Geography in Doctor’s Salaries

Where a physician works and where they live has a drastic effect on pay rates. Many doctors go into medicine with the idea of helping people. Once student loans start to come due, then the idea of creating a livable budget based on their salary comes into play.

Also, it is not safe to assume that wealthier areas automatically will result in higher salaries regardless of the specialty.

In fact, some of the highest-paid physicians work in rural areas such as Oklahoma, Kentucky, and Alabama.

The main reason for this disparity is that in areas that higher populations and more affluence, there are more physicians available. As a result, places that have fewer doctors tend to pay higher salaries to retain their specialized talent.

If you or someone you know is looking for the best opportunities as far as salary as a new doctor, rural areas are going to be the best option. Physicians in these parts of the country tend to make more money annually while also securing attractive signing bonuses.

Physician salaries have always fluctuated depending on the current healthcare climate. While doctors and others working in the healthcare field have always been able to command handsome wages, some specialties pay more than others.

In recent years, the global pandemic has remained a concern that has challenged physicians in every field.

Inflation has also wreaked havoc in all industries, including healthcare. Thankfully, despite the upheaval that has shaken up the world, the majority of medical specialties have shown an increase in pay.

Below we have put together a list of some of the top medical specialties in 2022 and their average rates across the US.

A physician’s choice of specialties and where they choose to work are critical factors that affect their final salary offers. However, these are not the only things that impact a doctor’s salary. Gender and race, unfortunately, still play a big part in how much a physician is offered and the frequency of their pay raises.

Sexism is a big problem in every field, but even more so in healthcare. Women are paid 10%-20% less than their male counterparts doing the same job.

Systemic racism also plays a big role in the salaries and even positions offered in the medical profession.

In general, white medical professionals are paid more than every other race even when holding fewer certifications than non-white physicians in the same job.

Speaking of racial pay gaps, according to recent studies, male, white physicians currently are paid 33% more on average than POC physicians in the same field. POC and white men also are paid higher salaries than women of any race within the same field and same specialties.

Another study showed that male doctors choose higher-paying specialties more often than female doctors, but they are also offered more opportunities for advancement within the same fields.

For medical students who have yet to choose their specialties, these are points worth keeping in mind while plotting potential career paths. 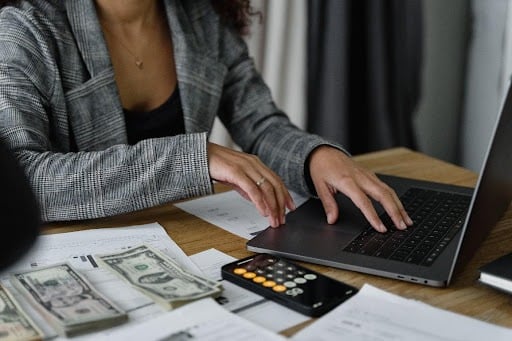 Considerations When Deciding a Medical Specialty

Medical school is neither easy nor cheap. When a medical student is on the path to higher healthcare, their salary is usually not their main focus.

Choosing a specialty is a very personal experience typically based on a future physician's passions.

During medical school, medical students will be able to explore several different specialties during their clinical rotations.

The great thing about completing clinical rotations is that medical students are able to explore both their passions and specialties for which they may exhibit a high level of aptitude.

While many go on to pursue their passions as a specialty, others end up choosing a different path.

Many physicians would likely choose the same specialty if they had the chance to pick again as mentioned in this Finnish survey as well.

This is largely in part due to the fact that most specialty tracks are chosen due to a personal passion for the subject.

On the other side of the coin, physicians specializing in family medicine and internal medicine are well known to have the least amount of job satisfaction.

There is no exact reason for the lower number in those fields. However, with inflation and the potential exposure to infectious diseases at an all-time high, the numbers come as no surprise.

When considering the annual salaries of medical specialists, the cost of malpractice protection is not often discussed.

Even the most careful doctor will have to deal with at least one malpractice claim during the course of their career. This is one reason anyone working in the medical field is required to maintain malpractice insurance.

On average, a physician will pay anywhere from $5,000 to $75,000 a year in malpractice insurance premiums. Of course, the cost of premiums is dictated by specialty type and practice location.

Pay gaps between genders have been a big talking point for generations. There have been some improvements over the years, however, the issue is far from solved.

The US gender wage gap not only exists in the medical field but in all industries and fields regardless of class.

One of the most recent reports from this year alone shows that female physicians are paid 24% less than their male counterparts within the same specialty.

With females now making up more than 50% of the physicians in the medical field, the gender pay gap has become a glaring issue.

Even some of the top specialties such as endocrinology, pediatrics, and diabetic care are female-dominated.

In addition to being some of the toughest specialties in the medical field, they also have the largest continuity of care. Physicians in these fields will often see the same patient for the bulk of their lifetime.

Why Are Physician Salaries So High?

Physician salaries tend to be higher than in many other fields. For one, the medical profession is not one that is for the faint of heart.

It takes a lot of time, effort, and sacrifice to become a medical professional. There is also a lot of responsibility and stress that comes with caring for the sick.

Doctors are tasked with safeguarding the lives of those in their care and providing treatment that will put them back on the path to health.

Physicians also are some of the most respected. The sheer cost of medical school is another reason that doctors' wages are higher than average.

In a private school, such as an Ivy League college, a medical degree can cost as much as $330k. Public universities, though significantly cheaper, are still costly averaging out to $250k for a medical degree.

Most medical school graduates will spend the first 10 to 15 years alone paying off student loans, which means their salaries must be high enough to cover the cost plus a living wage.

For example, the average medical student will have between $1,800 and $2,500 in student loans due each month.

Depending on where they live, the cost of living will be equal to or more than this payment. If a new graduate starts off with a need of $5k per month minimum, their annual salaries will have to be at least $80k-$100k in order to just break even.

With so many factors involved in creating a fair wage, it makes sense that physicians need to put a great deal of thought into the compensation offers.

In fact, now more than ever, medical students should start paying more attention to their specialization choice keeping future earnings in mind.

Regardless, doctors' salaries are still on the rise which makes the medical field more attractive than ever before.

Top 25 Scariest Pokémon of All Time