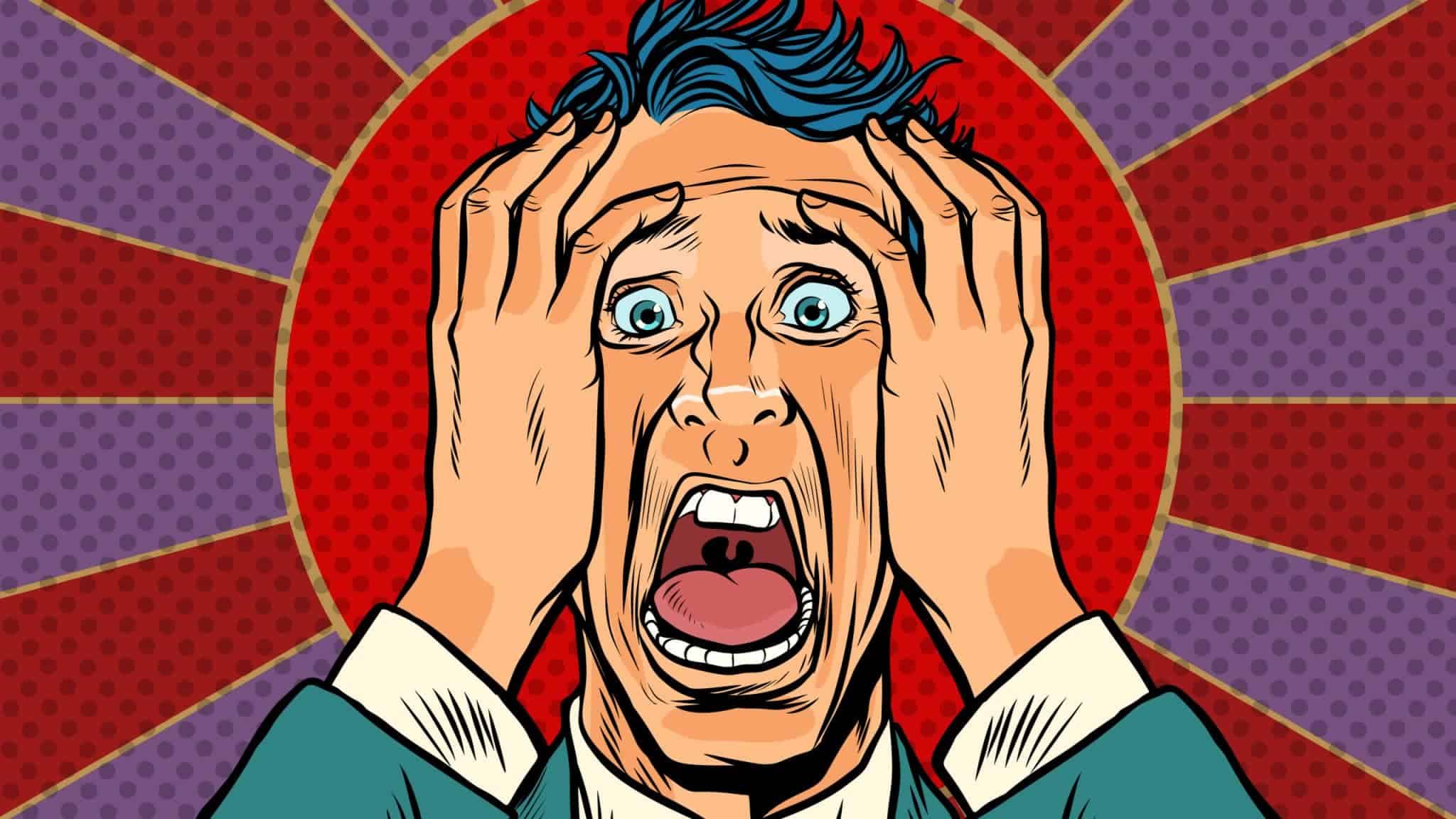 Seeing your weaknesses flesh out in your relationship can be hard to watch.

As much as you don't want to hurt the people around you, we can say things that we don't mean and become someone who is not ourselves.

During one Father's Day, I was feeling extremely low, and I took it out on my family. I'm not proud of what happened, and it was not acceptable behavior. But it did show me how I can let my anxiety and self-confidence drastically change my mood and say things I don't mean.

How the Day Started

We were trying to eat healthier, and the previous day I talked to Andrea about not buying donuts that morning. I felt like we were eating a ton of treats and processed sugars, and I wanted to cut back a bit.

The next day (Father's Day) started with me waking up to seeing that they went to get donuts.

I immediately got defensive and angry. It was a rough morning for us, and it was hard to recover from the mood I started things off with.

I didn't intend for this day to start like this. But I found myself full of negative emotions and I didn't know how to communicate them.

What I Was Feeling

I'm learning that getting more in touch with my emotions can help me control my thoughts and behavior.

The feelings that swarmed my body when I woke up this morning was feeling disrespected and de-valued. How could they buy donuts when I specifically asked them not to? Do they not care what I think?

I was feeling hurt and alone that morning.

It turns out that they had forgotten about my request, and the girls wanted to get me donuts for father's day.

Instead of stepping back from the situation, I let my feelings overtake my body. And that turned into anger and pain.

It also didn't help that Andrea and I were emotionally distant from each other at this time. It all combined to make a perfect fireball in my emotions.

As I've stated, I'm not proud of my behavior that morning.

Reflecting on what happened, my biggest mistake is that I let these negative thoughts and emotions take over my mind. I should have gotten up, seen the donuts, thanked everyone for thinking about me, and then had a separate conversation with Andrea later about what I was feeling.

I made a small issue into a major problem, only because I couldn't keep my mouth shut.

Were the feelings I had that morning legitimate? Yes. They were legitimate in that I was hurt based on my perspective of what I thought had happened. The problem wasn't the emotions, as we can't control how we feel. The issue was how I used these emotions to fuel my behavior. This reaction is where I made a mistake.

I don't have to live my life where my emotions control my behavior. Often times my feelings can easily go to an extreme. I end up saying things I don't mean, or my mood changes. This isn't fair to my family, and it doesn't bring out the best version of myself.

When there is contention and miscommunication in marriage, it can make everything more difficult. It is why I don't think most long-term marriages are easy.

Every problem seems to get escalated, and emotional distance increases. It becomes harder to get things on track, and it starts taking your marriage down a dangerous path.

I love Andrea deeply, but we've had quite a few low points in our marriage. Most of it stemmed from not understanding each other, and not communicating effectively. Going to a marriage workshop earlier this year has been amazing in helping us become closer.

When you create a safe environment, where you can talk to your spouse about anything, problems and arguments don't tend to escalate as quickly. You also start to give your partner more benefit of the doubt, and respect builds for each other.

What I Would Do Differently

I probably would have a more formal sit down with Andrea and talk to her about seeing if it would be a good idea to cut back on the number of processed sugars we are eating. I would talk about why I think this is important, and think about the long-term negative impacts of continuing to eat the way we were at this time.

Instead of bringing it up subtly, we could have an adult conversation about what each of us is thinking, and get on the same page.

When we don't talk about these things, we can make assumptions that aren't true. We then can get hurt because we thought we were on the same page, but in reality, we are from it.

Instead of having it make the whole day difficult, I could have acknowledged what I was feeling, and still felt the love my family was trying to show me.

For a long time, I would ignore these types of situations. But I have a tendency to induce large amounts of high-anxiety that increases my blood pressure, heart rate, and makes me more irritable.

This doesn't make me a bad person. But it does reveal an area that I am actively working on.

Learning to not talk and stay still while I'm feeling anxious is hard because that is the last thing I want to do when this happens. But I'm learning that this is necessary, as I constantly make molehills into mountains and overreact.

Overreaction is a mood killer. Not only for the people around me but for myself. It's hard to recover from and it can make everyone feel uncomfortable.

Self-reflection is not just about pointing out where you struggle. It is also useful in giving yourself grace in understanding that you are human too. We each have our own strengths and weaknesses. No one is perfect.

The best we can do is figure out what is and is not working, and do what we can to push things forward.

Words can do a ton of damage. But they can also help in restoring harmony and peace.

There are ways of communicating our thoughts and feelings that make people feel safe and open. If every time I talk, people feel like they are being talked at instead of being a part of a discussion, that is most likely going to prevent a fruitful conversation.

I don't want people to think what I am thinking. Because my perspective can be wrong or misplaced. Or maybe I don't have all the information.

How and when we say things matters. I'm learning that my tone is just as important as what I am saying. I don't want people to feel like they have to get defensive, as that hurts the conversation.

My response to feeling hurt often leads me to get angry and defensive.

Instead of responding to pain this way, I need to express how I am feeling in a calm matter when it is appropriate. That way we can talk about why I feel this way, and if there is any misunderstanding.

Sometimes I think that I can just be oversensitive. But now I think most of it just comes from not understanding what is going on and me jumping to conclusions in my head. This adds more confusion to the situation and makes it harder to recover from.

I need to give myself grace and realize that I'm not perfect. Some days are going to be harder than others, and I need to focus on how I react and making sure I create safe spaces for people to interact with me.

Chris is a financial blogger who loves to be transparent about money-related issues. He’s paid off massive amounts of credit card debt and is the blog author of Money Stir. His main focus on Money Stir is talking about how money relates to our relationships, personal development, and how to plan for the future we want. He’s been quoted on Market Watch, The Ladders, and other publications.

Benefits of Minimalism: 7 Simple Ways Decluttering Has Changed My Life

This Is How To Do Bargain Shopping While Traveling Abroad