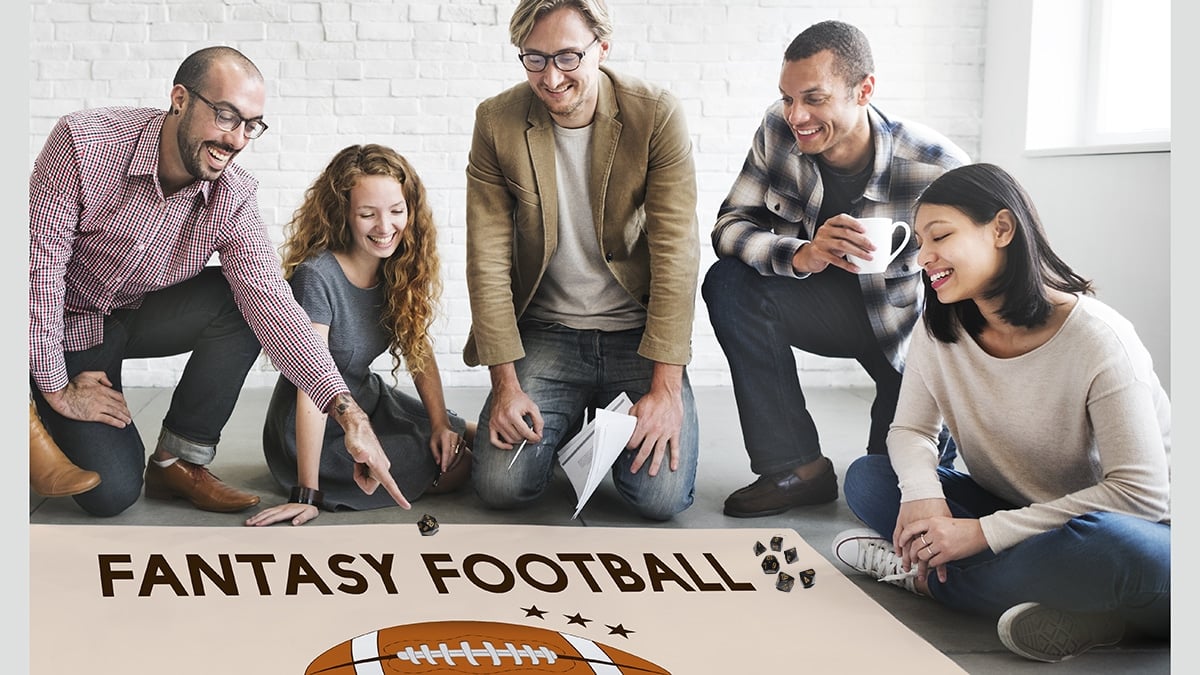 While it may not seem at first blush to be a match made in heaven, fantasy football success does require some Geek.

Research, analysis, statistics, feeling like you know the names of every offensive player in the NFL – it can be a taxing, albeit enjoyable, mental workout for a few months of the year. My advice is if you’re curious, just jump in – you could be great at it! If not, it’s just a game; you can quit whenever you want. If you love it, who knows? You could be the next great fantasy analyst like Matthew Berry or Kay Adams.

The term ‘fantasy’ generally connotes some sort of nerdy, gatekeeper-like presence, rendering the subject somewhat inaccessible or altogether undesirable. Fantasy sports are no different; on the surface, they require some knowledge base that one may not possess, leaving those on the outside feeling excluded.

Fortunately, fantasy sports’ massive popularity, particularly fantasy football, has led to the formation of a global community of millions who passionately share information and support. There are ample resources dedicated to the subject, including hundreds of podcasts, Twitter profiles, websites, apps, YouTube channels, and television programs.

Even with all that, to many, fantasy football is still some far-out curiosity. Others consider it a waste of time or a nerdy hobby akin to collecting trading cards. Personally, I see it as a way to break from the monotony of everyday life and use my brain in a different, more analytical way.

It is also a way for me to stay connected with old friends, coworkers, or family members that I may not get to see often. Others use it as an outlet for competitiveness that they may not be able to channel otherwise.

The TL;DR version of how to play fantasy football is that points are assigned to various statistical categories and the team with the most points at the end of the last NFL game of the week is the winner. This is generally determined on Monday night, but the 2020 season saw some Tuesday and Wednesday games played due to COVID outbreaks among teams, so Monday ending the week is not necessarily guaranteed.

Point values are assigned by a league manager or commissioner and can vary from league to league. Player positions that are typically chosen for a team are the quarterback (QB), running back (RB), wide receiver (WR), tight end (TE), kicker (K), and defense/special teams (D/ST).

In a starting lineup, there is also usually a FLEX position, which can be filled by either an RB, WR, or TE. Standard Fantasy scoring categories can be generalized with yardage and scoring, but increasing in popularity (to the point that it is becoming the norm) is a point-per-reception (PPR) system. The number of players one can place in the starting lineup is also determined by the commissioner and can alter strategy and player value.

For example, leagues exist where managers either must have (2QB) or have the option (Superflex) to start two quarterbacks, increasing the QB position’s value.

There are a few different ways to play fantasy football, each with their own associated strategies, the names of which you may hear thrown around:

In an average Redraft league, your player draft will give you your first roster and help set the tone for your season. If it is your first time playing, I recommend simply drafting the best players available for unfilled positions on your team based on your host site’s rankings. There are several strategies that more experienced managers may use, but it’s best not to overthink them. Plus, this is supposed to be fun! So why put all that pressure on yourself doing something for the first time?

Here are a few more terms you may hear or see in the process of doing draft research:

The fantasy football season is generally from Week 1 to Week 14 of the NFL regular season. The regular season could vary slightly depending on the league’s size, how long the commissioner wants to play, or the number of teams allowed to play in the playoffs. Be sure to check the league rules so that you know your playoff goals!

Waiver wire additions are the best way to keep your roster at full strength. Players who are not on fantasy rosters are considered Free Agents. Once their games have begun, Free Agent players are on the Waiver Wire, meaning they can be added to rosters with the highest priority at the beginning of the next NFL week.

This is accomplished in one of two ways:

Some leagues have a free agent transaction limit, so (again) check out your league’s rules before getting caught unaware.

So you’ve made it through your first season, and by some miracle, the fantasy gods smiled on you and allowed you passage into the playoffs. Now what?

Don’t panic, don’t overthink. Just trust your instincts, stay up on waivers, and keep having fun – let the competitiveness flow through you like The Force and carry you to a championship.