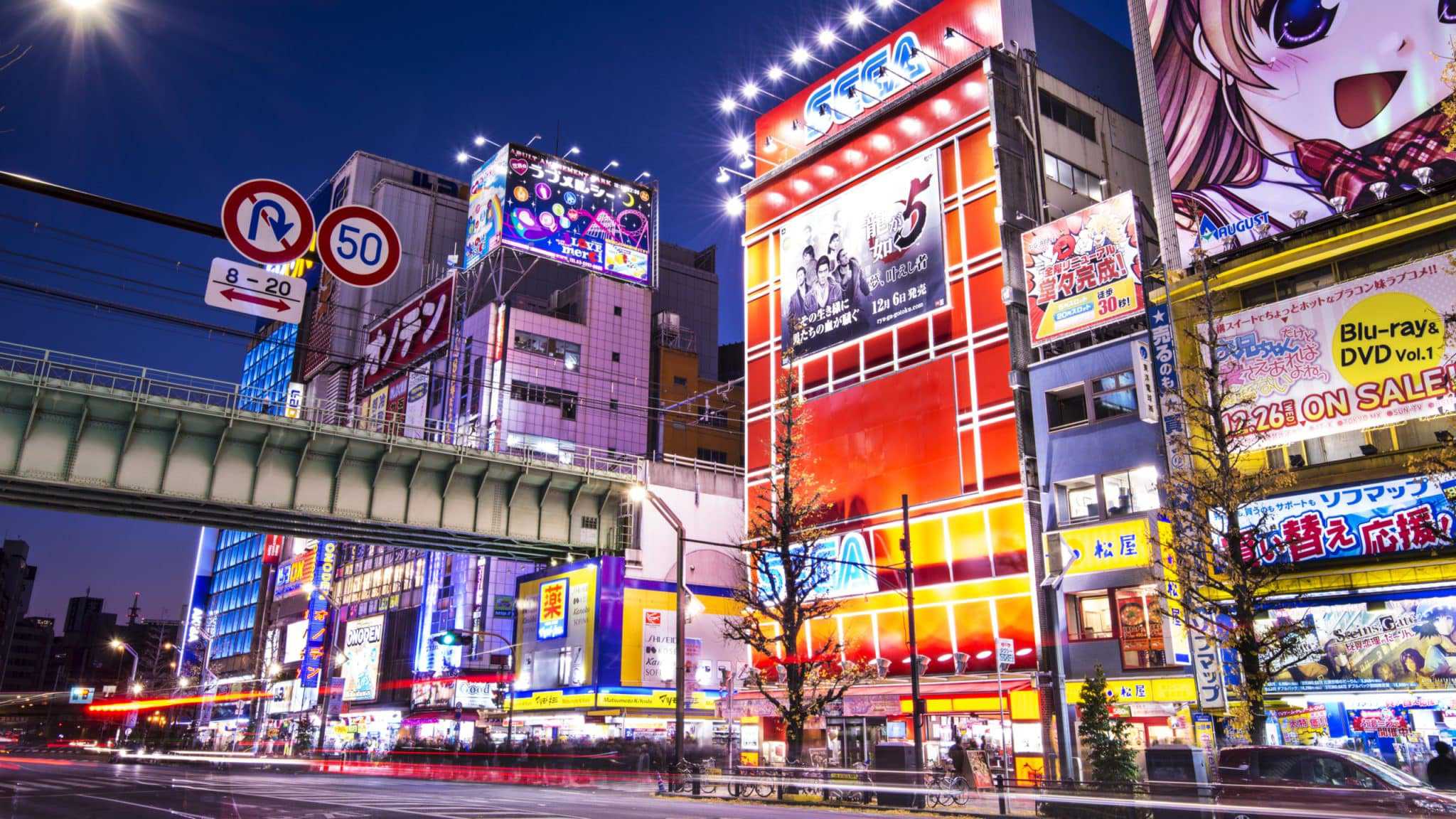 One of the latest trends among millennials now a days is traveling. And, rightfully so, with 195 countries and over 6,500 languages around the world, there sure is a lot to see! But if you don’t know how to travel hack or travel on a budget, it can be a VERY costly endeavor.

Often times, traveling seems like a distant idea and an unaffordable dream.

Whether you’re taking a weekend road trip or a month-long backpacking trip, there are countless hacks to traveling on a budget and saving money without lessening your experience.

Why pay more, when you can have the same experience (maybe even a bit better) for less?

Here are some tips and tricks as to how you can turn your summer vacation into something affordable that won’t break your bank.

1. Plan Tour Trip in Advance: Timing Is Everything!

If you’ve ever tried to purchase airline tickets just a few days in advance, you’ve definitely noticed the unreasonably high prices. Fluctuating airplane tickets can be frustrating for the average consumer—unless you take advantage of this dynamic pricing and learn how to utilize the constantly changing prices to your advantage, purchasing them at the lowest points.

Purchasing tickets far in advance without a doubt is one of the best ways to save on airplane tickets. Certain airlines, such as Southwest, often charge a small (or don’t even charge) fee to change flight dates, so even if you’re unsure exactly about your travel plans, it could help to go ahead and lock in a date.

According to MarketWatch, the best window for buying tickets is 3 weeks to 3 months before takeoff.

Another pro-tip is certain days of the week, such as Tuesday’s are often the cheapest to buy tickets since it’s after the weekend rush but before the following weekend’s tickets peak.

Tuesdays and Wednesdays have not only been proven to be the least common and least expensive days to fly but also are the cheapest days to purchase tickets, regardless of the date of the ticket themselves.

2. Search for Flights in “Incognito” or Private Tabs

Part of the controversy between consumer privacy rights and big data results from the amount of information large search engines are able to gather, store and provide other companies and business access to about the history of their consumers.

Ever wonder why you start getting ads or junk mail from a company after you recently searched for ___? That’s the power of big data, which often allows companies to practice price discrimination: or altering prices based on time, preferences, and affordability of their customers using valuable information such as search history.

By using an “incognito” or “private” tab on your search engine, you can wipe your history and block these sites from collecting and saving search history (such as specific flights you’re looking at).

This isn’t a full-proof method, but it’s so easy, that it’s foolish not to take advantage of it.

Most of the time, bringing a carry on suitcase is all you need for a weeklong trip.

Don’t pay extra for a checked bag if you don’t need to, and most definitely do NOT pay double if your suitcase is only a few pounds overweight.

Learn the art of washing lightly used clothes in a hotel sink. A tiny bottle of soap/detergent will take up a lot less space than a few extra pairs of pants and shirts.

Every airline, especially many budget airline companies, love to earn every extra dollar where they can.

Do your research ahead of time. If necessary, print out boarding passes or check-in early to avoid fees. I can remember the first time I flew on a RyanAir flight, the person in front of me had to pay 55 Euros on a flight that only cost him 30 Euros originally since he didn’t check-in before arriving to the airport.

Be informed about all possible tricks the airline company might pull on you to charge you extra.

It’s sad but the companies know that when you’re already at the airport before a trip, you are essentially at their mercy.

5. Plan Your Trip Before Peak Season

If you’re planning on going someplace warm, and your dates are flexible, try going a week or two before peak season.

For example, if you are going to Naples, Italy, literally just Google ‘Naples Italy peak season’ and then try your best to avoid those dates.

Usually, the weather and all activities are available but without the rush of the peak season and typically at lower prices.

I remember going to the Costa Brava (Spain) with a friend in February, the weather was warm, a high of 80 degrees, and the cost was quiet without all the tourists coming in for the summer.

We stayed in a 4-star hotel for 30 Euros and practically had the beach to ourselves. It was amazing, to say the least.

6. Do Your Research About Day-time Activities

Almost every major city has tons of ancient, beautiful museums, castles, and religious sites that are often free at some point throughout the week.

Why pay to see a museum that will have free entrance the following day. Many religious sites, such as European cathedrals, hold mass, or other services that are free to attendees.

The added bonus is that you’ll get a better sense of what every-day life is like there too and really immerse yourself in the culture.

While not all cities have good public transportation, many do.

Just because you come from a town in Oklahoma with a non-existent public transportation system, doesn’t mean that the rest of the world is like that. In fact, many smaller cities around the world have awesome public transit options.

In some cities, using the public metro is often faster than a ride-share car or a taxi, and you avoid the risk of a driver trying to take advantage of an ignorant tourist, especially a foreigner who doesn’t speak the local language.

If you are traveling with a big family in the US, you can save money using a service like Limo Find to rent a large van or even a minibus.

It’s important to be prepared and have a relative expectation or goal for your daily spending during travels.

Creating a budget while traveling is just as important as having a budget at home. Be sure to not only consider activities but also meals, transportation, and other unexpected costs.

Better to overestimate and be under-budget, than to spend your vacation worrying about how to cut costs when you unexpectedly spent more than planned.

9. Be Smart About Currency Exchanges

Exchanging USD for a foreign currency abroad or in an airport abroad is probably one of the easiest ways to get ripped off.

Paying with a credit card in USD rather than in the local currency is the next easiest way.

Instead, the best way to get cash in a foreign country is usually withdrawing from a 0% transaction fee ATM.

Withdrawing Pesos with USD will result in high fees from either the ATM and/or your bank. Or, perhaps consider using a traveler’s credit card that has 0% fees on the foreign market, and be sure when prompted, to pay in the local currency rather than USD.

If you pay with a credit card, your bank will use its foreign exchange rate, which will be a lot closer to the true market value than what you’ll get at a counter in the airport or a random store on the ground.

Not only do you WANT to inform your bank if you’re traveling internationally, be SURE to inform them.

The last thing you want to happen when you arrive is a canceled credit card after they think your card was stolen or is being used fraudulently.

Many banks now allow you to notify them of travel in their mobile app, so you really have no excuse not to do so.

If you’re staying in another country for an extended period of time, consider getting a new sim card or burner phone in that country to avoid outrageous international data fees from most U.S. providers.

When I studied abroad in Spain, I originally planned on using the lowest international plan my provider offered: $70 for 100 minutes and 0.5gb on top of my existing $20/mo plan.

Soon to find out, it only cost 15 euro flat for 6 GB and unlimited chat which ended up lasting much longer for less than 1/5 the price!

Traveling abroad can broaden (no pun intended) your horizons and change your view of the world and life in general, but it can also put you in a deep hole if you don’t know where to save money.

So what are you waiting for? Go book that flight!

This article was expertly crafted by Rachel Johannesen, a current student at the Wharton School of the University of Pennsylvania. Rachel is currently studying abroad in Barcelona, Spain, and is an expert for all things travel.

How To Organize Your Finances in 10 Simple Steps