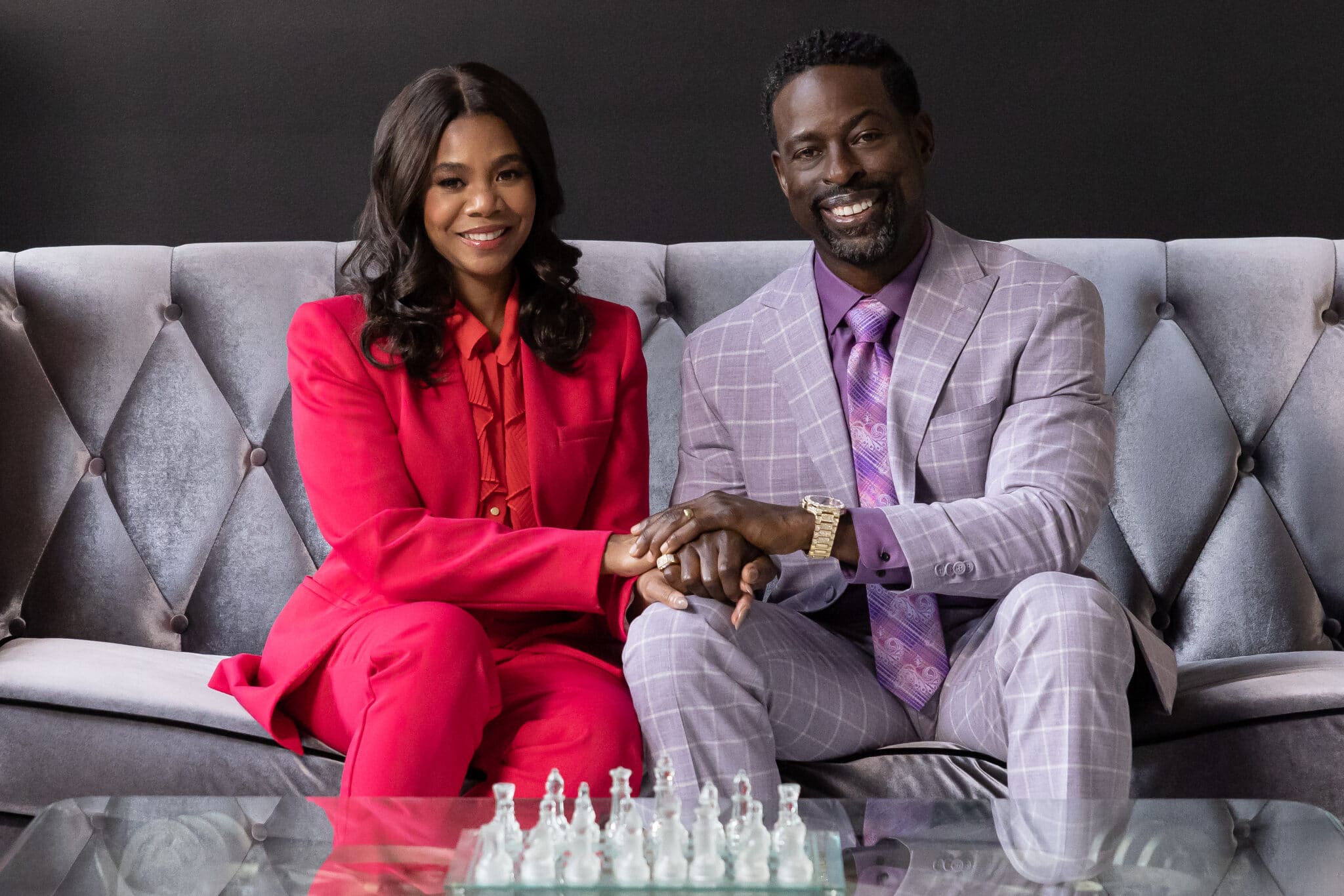 No one really knows the answers to the questions that the satirical, semi-mockumentary Honk for Jesus. Save Your Soul. asks. Yet the story it tells has to end somewhere, and the movie never quite figures out how to reconcile these two conflicting realities. Just what should happen to people like this, especially to a woman who is so committed to supporting her husband at all costs, including herself?

The answer partly lies in humanizing the people behind the headlines, which Trinitie (Regina Hall) and Lee-Curtis Childs (Sterling K. Brown) made in the worst way. Once a megachurch power couple who had cultivated the holy trinity of modern religion – wealth, philanthropy, politics – they lost their congregation after Lee-Childs become mired in a sex scandal involving the barely legal church members he was supposed to be mentoring.

Their Southern Baptist megachurch was also forced to close, but the Childs have ambitions of a comeback, bringing in a camera crew to record the triumph that Lee-Curtis is certain is just on the horizon. His first lady Trinitie has more doubts, about both the filmmaker’s intentions and the state of the marriage she’s publicly devoted to, but is committed wholeheartedly to her husband regaining the power and influence that likewise gave her the prestige she craves.

Coming From an Authentic Place

Director and writer Adamma Ebo and her sister Adanne Ebo, who produces, establish their bona fides as those who grew up in Atlanta’s Baptist culture, with clear affection for the music, rhythms, and especially, the magnificent hats which abound in this world. But there’s also a surprising amount of empathy for the couple who are living symbols of what they’re condemning.

There’s an element of Shakespearean tragedy too in how much Lee-Curtis believes in his own redemption, and that his actions didn’t result in harm to anyone. Why he could hold onto this belief is never a question, since many of those around him are quick to excuse him, and some are very forthcoming about how he made a difference in their lives. But his wife isn’t just determined that her husband will regain what he’s lost, she’s deeply aware of his flaws and outright hypocrisy.

His denial nevertheless results in the far more clear-eyed Trinitie undergoing a number of humiliations in the name of supporting her husband, while he is allowed to prove why she found him worth investing in with a soul-bearing sermon he may not even get the chance to deliver to a congregation.

Excuses and victim-blaming aside, the biggest obstacle is not themselves, but two of their former congregants, young married couple Shakura (Nicole Beharie) and Keon (Conphidance) Sumpter, who struck out on their own and have built a thriving megachurch themselves.

Far from a pastor and his first lady, the Sumpters have marketed themselves as co-pastors, with the clearly more shrewd Shakura even embracing a more natural hairstyle. But the most important question is where they are exactly in relation to the Childs, which is what’s puzzlingly opaque. That they are formidable competition is never a question.

But beyond that, are they merely their younger counterparts who have far more skill in disguising their prejudices behind a progressive image? Or are they something even more complicated, a couple committed to good business practices above all else, all while remaining equally as sincere in their work and beliefs?

Lots of Questions, No Real Answers

The lack of answers is about as jarring as the shifts from mockumentary to narrative, such as when a very uncomfortable bedroom sequence quickly cuts to one of Lee-Curtis’s speeches about how homosexuality is an attack on God. The hypocrisy of this stance is quickly underlined by the fact that Lee-Curtis was accused of taking advantage of barely legal men, not to mention a somewhat disturbing scene with a young member of the crew.

Why no one is heard making a homophobic slur in a deeply conservative environment where victim-blaming is par for the course, is one question. Another one entirely is that Honk for Jesus is willing to allow Trinitie to stand up to her husband and reveal how deeply ingrained her belief system is in viewing both church and partner as projects she helped build from the ground up and refuses to abandon. Just how she is supposed to fight her way out of such a toxic belief system that’s poisoning her and the community is never answered.

As the camera lingers on Regina King’s face for the last time, it’s after her partner’s flaws have been repeated to an exhausting degree, draining both her and us. The final results are anyone’s guess, a wrongheaded conclusion if there was one, but there’s little question that these are two people who were taught very well what ‘being good' is supposed to look like.

And they’ve invested too much in those teachings to turn back.

The 5 Books To Read To Transform Your Life in 2022