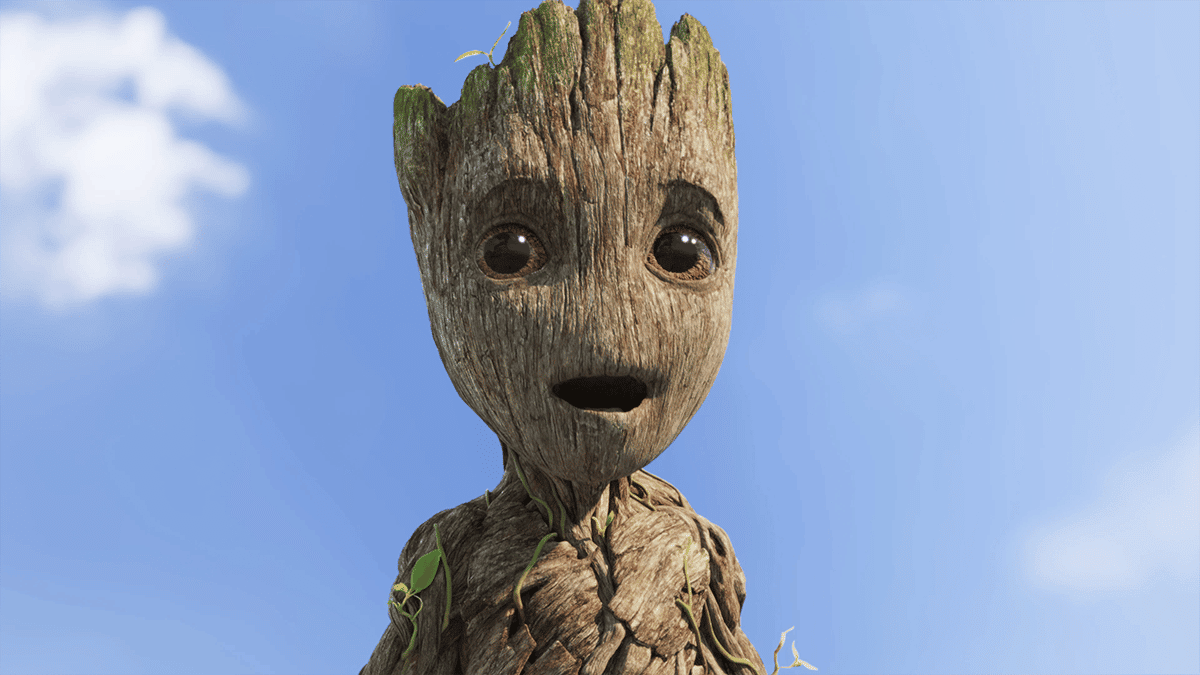 I Am Groot takes viewers on five short adventures with everyone’s favorite Flora Colossus. When Groot sacrificed himself at the end of Guardians of the Galaxy Volume 1, he perished. However, from one of the branches grew another Groot, lovingly named Baby Groot by fans. This series of shorts focuses solely on this version of Groot as he gets into a whole lot of mischief while the other Guardians are off saving the world – or goofing around. Who really knows?

Baby Groot is sassy, inquisitive, and absolutely adorable. Through these shorts, fans will see him evolve into toddler Groot, discover his fashion sense, play God to even smaller creatures, take on a mysterious creature in a dance battle, and create a masterpiece of art. Vin Diesel returns Groot’s voice, which is perfect because he has grown to really understand this character and his dialect over time.

Speaking of the dialect, there really is no other talking in this series besides “I am Groot” – except for one very special episode. We do not want to ruin it but just know there will be cameos in this series. The best part about them is that they don’t feel forced at all. They fit in perfectly and bring a lot of added fun to the short that they are in.

Seeing this side of Groot is a complete joy to watch play out. He gets into a lot of trouble, which feels pretty on par considering fans witnessed him do a whole lot of things he wasn’t supposed to do. Remember in Guardians of the Galaxy Volume 2 where he is told NOT to press a red button but almost does numerous times? Yeah, this is very much the Groot that is seen in these shorts — which helps them to fit right into the universe without even a question.

Viewers will certainly be captivated by just how realistic Groot looks. Each short brings us to a new environment which not only broadens the horizon of the MCU, but also gives us a lot more beautiful things to look at. Because the most impressive part of I Am Groot is the animation. It is visually stunning and the action, when there, is seamless and fun.

Each short clocks in at about four minutes long, give or take, which adds to the re-watchability of them. They are more than worth taking the time to view them repeatedly — if only to check out the details that you missed the first time. Honestly, the jokes and comedy hold up too. Even after several watches, fans are sure to giggle at Groot’s mischievous ways and crazy antics.

These shorts are quick and to the point. The short length allows for a story to be told without any added and unnecessary fluff. The entire first release can be watched in twenty minutes so no excuses. It is easy to make time for Groot.

Overall, I Am Groot is silly and fun – just like the adorable character it is modeled after. Throw in the realistic animation, cameos, and the way it fits perfectly into the Marvel Cinematic Universe, and we have ourselves a hit.

With just five short episodes in the initial release, which are available to watch exclusively on Disney+ now, there is a whole lot of room for this to continue. Even though Groot is now Teenage Groot in the films, his past can be explored. There is a lot of room to grow for this series, no pun intended, because who doesn’t love Groot?

Review: Creativity and Joy Color the World of Inu-oh

A League of Their Own Series Heavily Focuses on LGBTQ+ Rights