Whether you're looking for world-record extreme thrills, local gems, or water park family fun, the United States has the most amusement parks to choose from.

Year-round, America's theme parks make for great day trips, a thrilling part of any vacation, and an excellent screen-free way to spend quality time together. Discover the magic in the Most Iconic Amusement Park in Every State!

Named Alabama’s Attraction of the Year, this brand new amusement park is located in the 520-acre Park at OWA. This theme park features 22 rides, from the thrilling Air Racer Roller Coaster to classics like spinning teacups, concerts, shows, and holiday events.

Experience the Alaska of 100 years ago, the history of the state, and the thrills of a theme park all in one place. Take a ride on the carousel and train or play a round of disc golf at Pioneer Park. 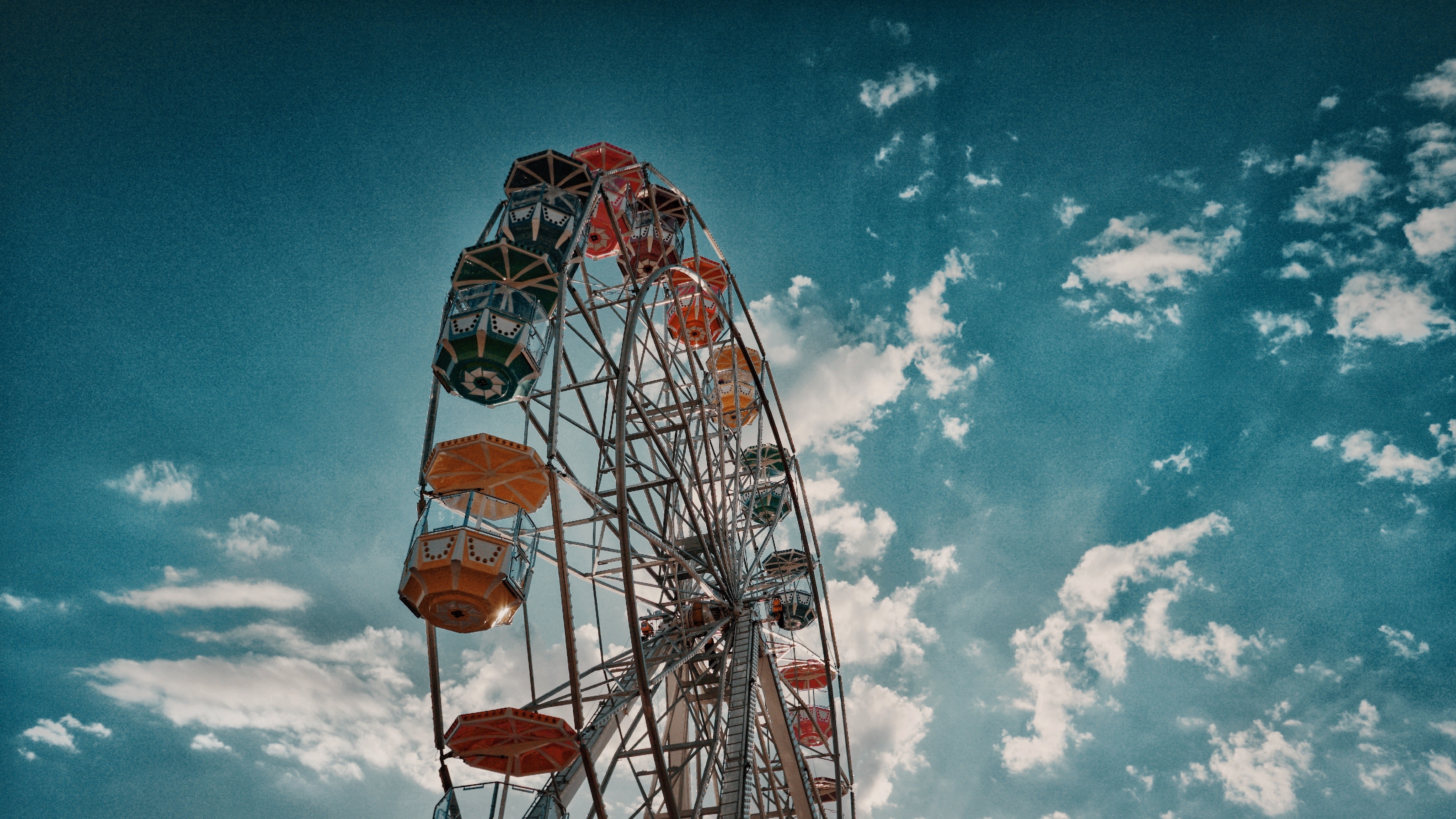 Castles N' Coasters offers 20 rides and thrill-seeking attractions for the entire family. Located in Phoenix, this 10-acre amusement park with 150 arcade games and four mini-golf courses is a fun stop on your Arizona road trip. 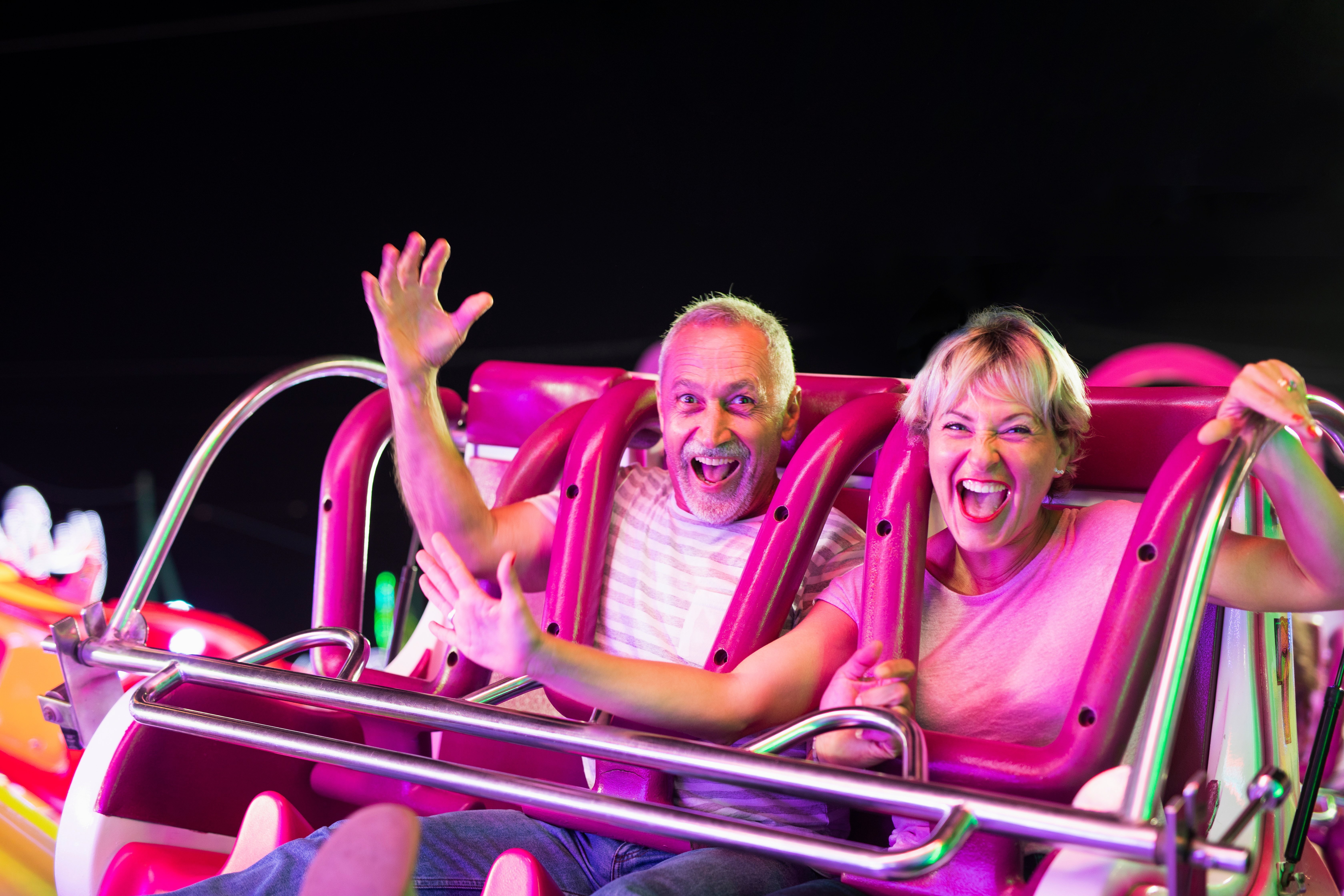 Magic Springs Theme & Water Park is one of the top family-friendly parks in the country. Choose from roller coasters like the Arkansas Twister, The Brain Dump Tower, classic kids rides, or water slides.

California's first theme park started with a simple roadside berry stand. As it grew, the Knott family built a western-themed town to entertain their long lines of customers. One hundred years later, this amusement park has 40 rides, including first-class roller coasters, family attractions, and a waterpark.

Colorado’s only amusement and water park in one offers something for everyone across 54 rides and attractions. Score stunning views of Denver from the 20-story Observation Tower or at the top of the Tower of Doom before it drops 200 feet to the ground at 65 mph. 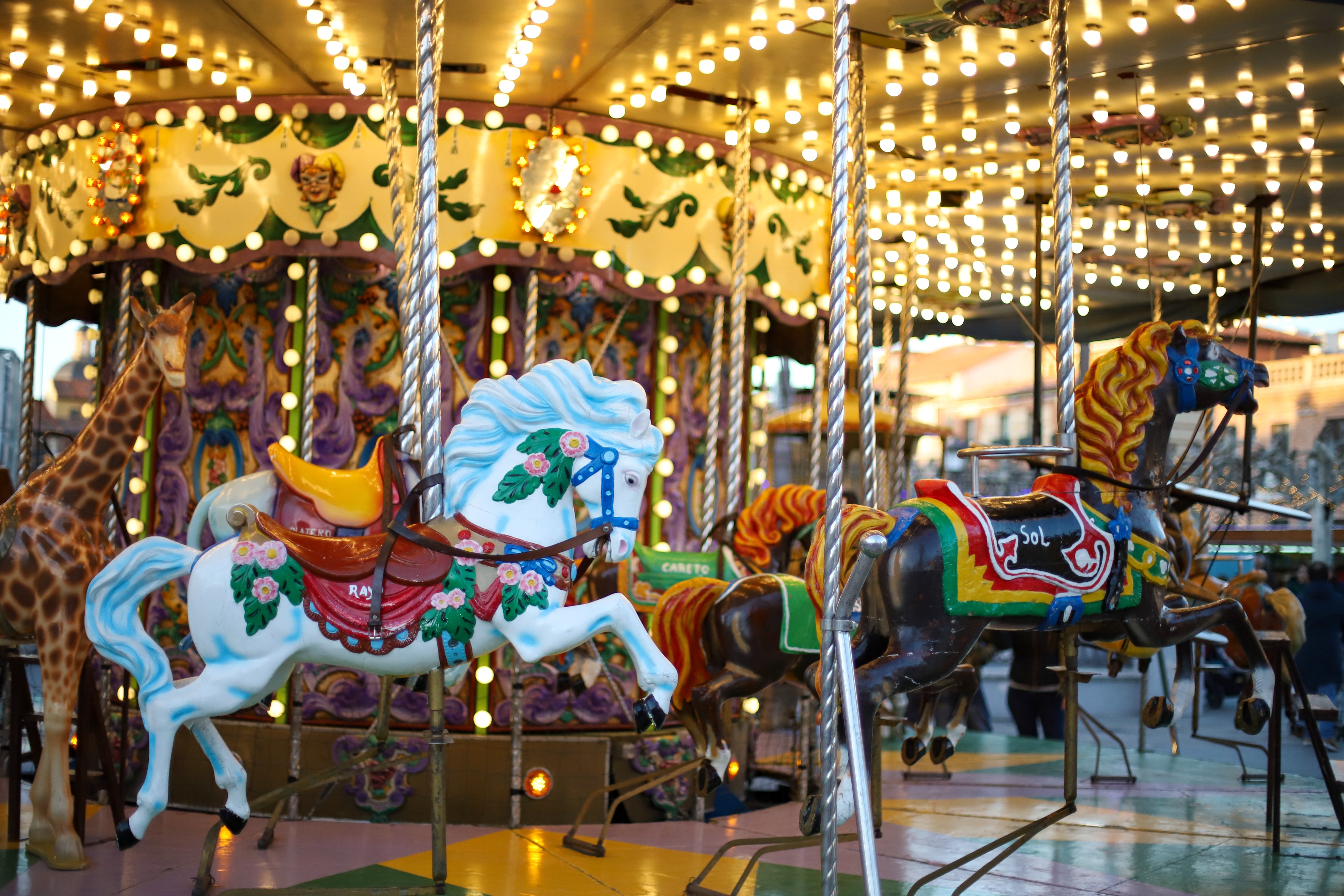 Since 1962 this family-owned amusement park has been an iconic part of any Rehoboth Beach vacation. Offering 17 rides, including kid-friendly classics and more daring attractions like the Superflip 360, Funland is a boardwalk favorite. 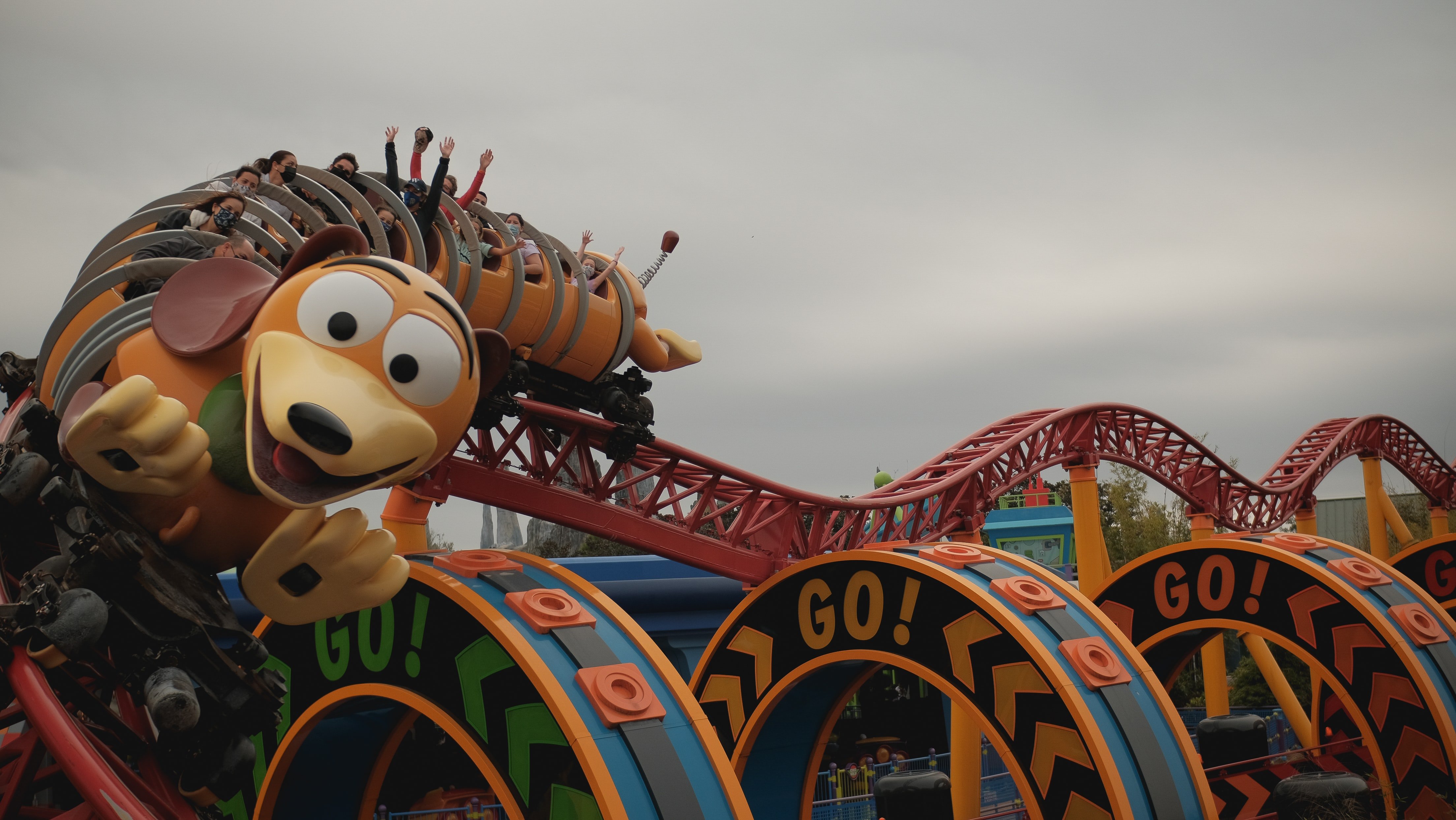 The most visited vacation resort on the planet contains four amusement parks: Magic Kingdom, Epcot, Disney's Hollywood Studios, and Disney's Animal Kingdom. Over 58 million people a year come to The Happiest Place on Earth to see their favorite characters or enjoy one of 49 rides from their favorite movies such as Star Wars, Toy Story, Frozen, or Avatar.

As it's affectionately called, Lake Winnie has been thrilling local families and tourists for almost one hundred years. Named one of America's Top 10 Favorite Family Amusement parks, it includes the world-famous wooden roller coaster, the Cannon Ball, 38 rides, and a waterpark to cool down from the summer heat. 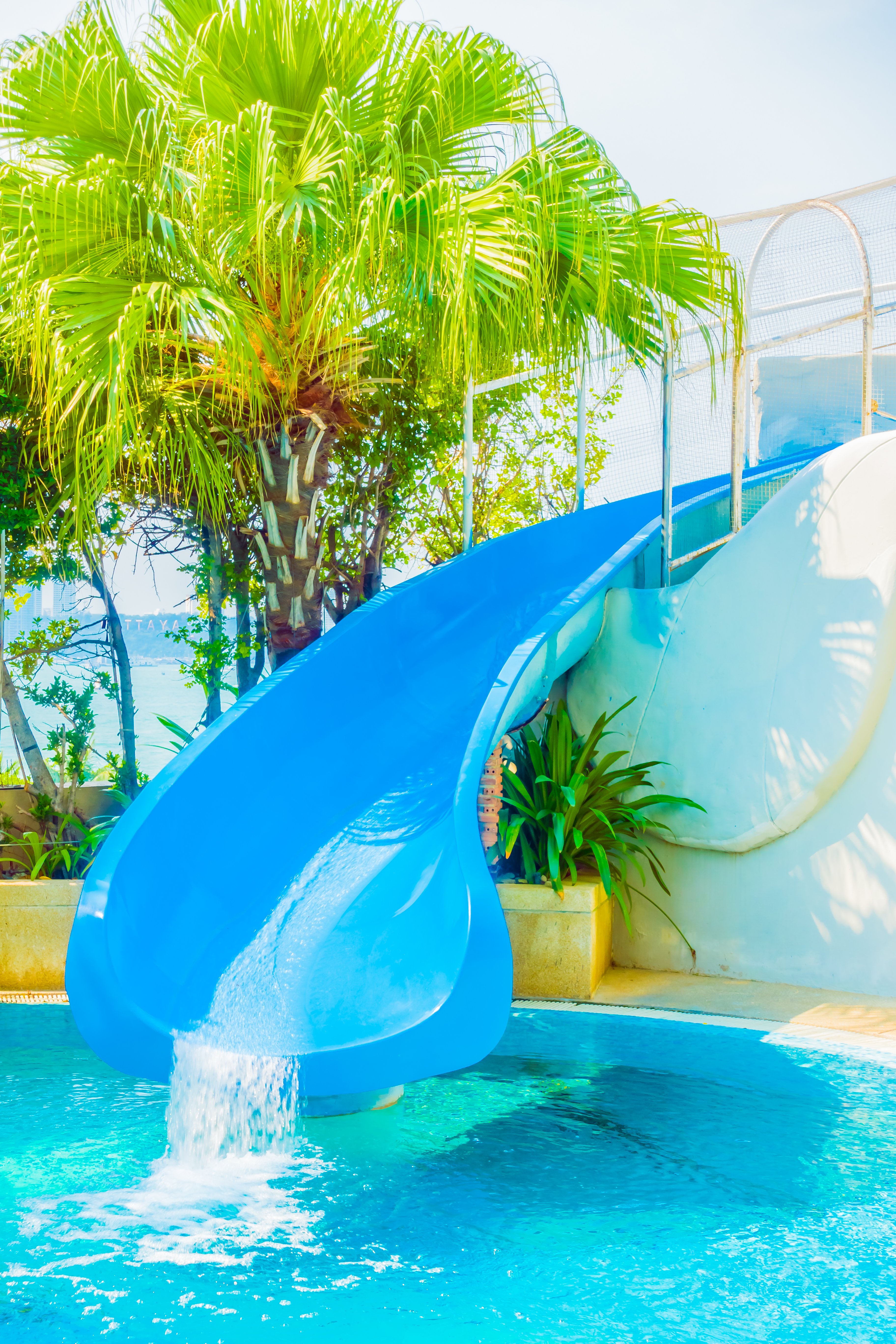 Wet ‘n’ Wild Hawaii, located outside Honolulu, is the only amusement park in the state. Offering 25 rides and attractions, it's a fun, family-friendly activity for those staying nearby Ko Olina or Waikiki.

Silverwood is the Northwest's most significant outdoor theme park and the northernmost one in the United States.  Built gradually over 40 years, the 400-acre park has more than 70 rides and attractions, including a companion water park.

Six Flags Great America is the largest amusement park in the Midwest. Known for its thrilling rides, including the world record-breaking Maxx Force coaster with the fastest ride launch in North America, the park features 15 spine-tingling roller coasters. 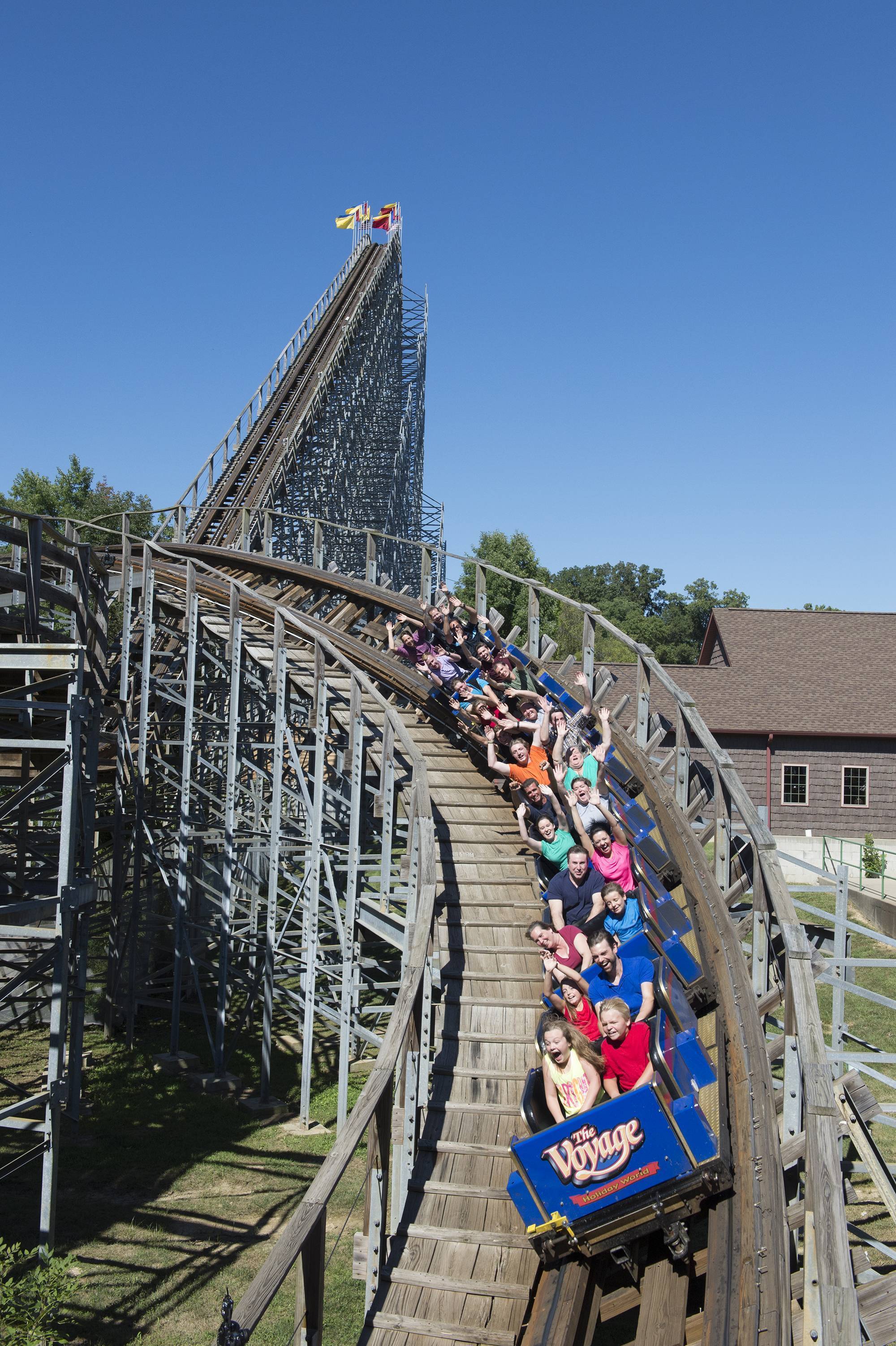 Holiday World & Splash Safari has kept the holiday spirit alive for over 75 years! Divided into four sections celebrating Christmas, Halloween, Thanksgiving, and July 4th, the park offers rides and waterslides for kids of all ages, including Mammoth, the world's longest water coaster.

Adventureland is a family-owned amusement park built with planning advice from the experts at Disney.  Located northeast of Des Moines, it has over 100 rides such as The Storm Chaser, the Sidewinder, and classics for younger kids.

The only amusement park in Wichita offers theme park rides and attractions like mini-golf, a large arcade, a driving range, and batting cages. This family-run family fun center is a local favorite for birthday parties and group events with 25 different attractions. 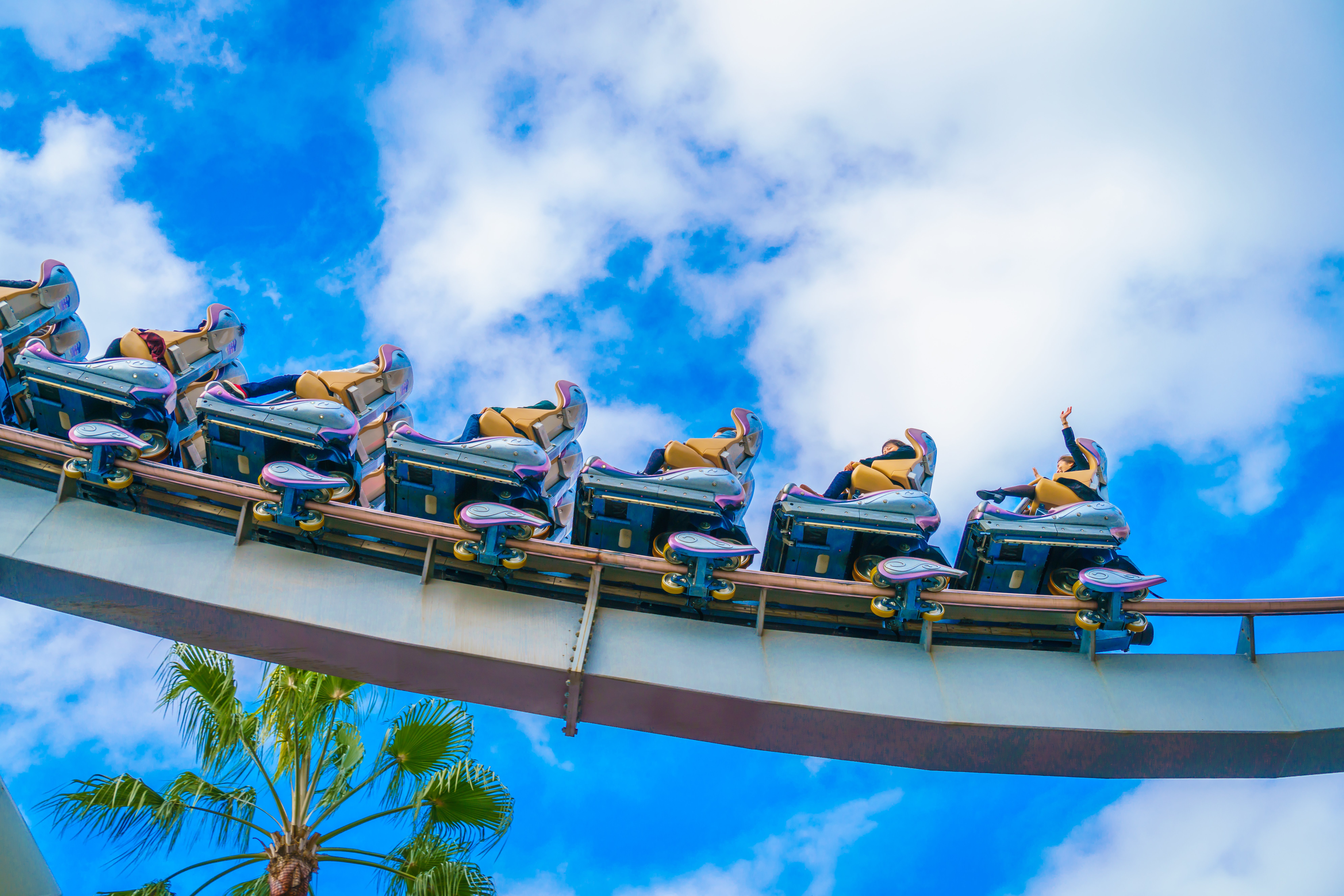 Once a Six Flags resort, this park rivals Churchill Downs, the most visited landmark in the state. The Kentucky Kingdom and Hurricane Bay offer thrills for the whole family, including fearful, Cyclos, Eye of the Storm, and Thunder Run, a classic wooden roller coaster. 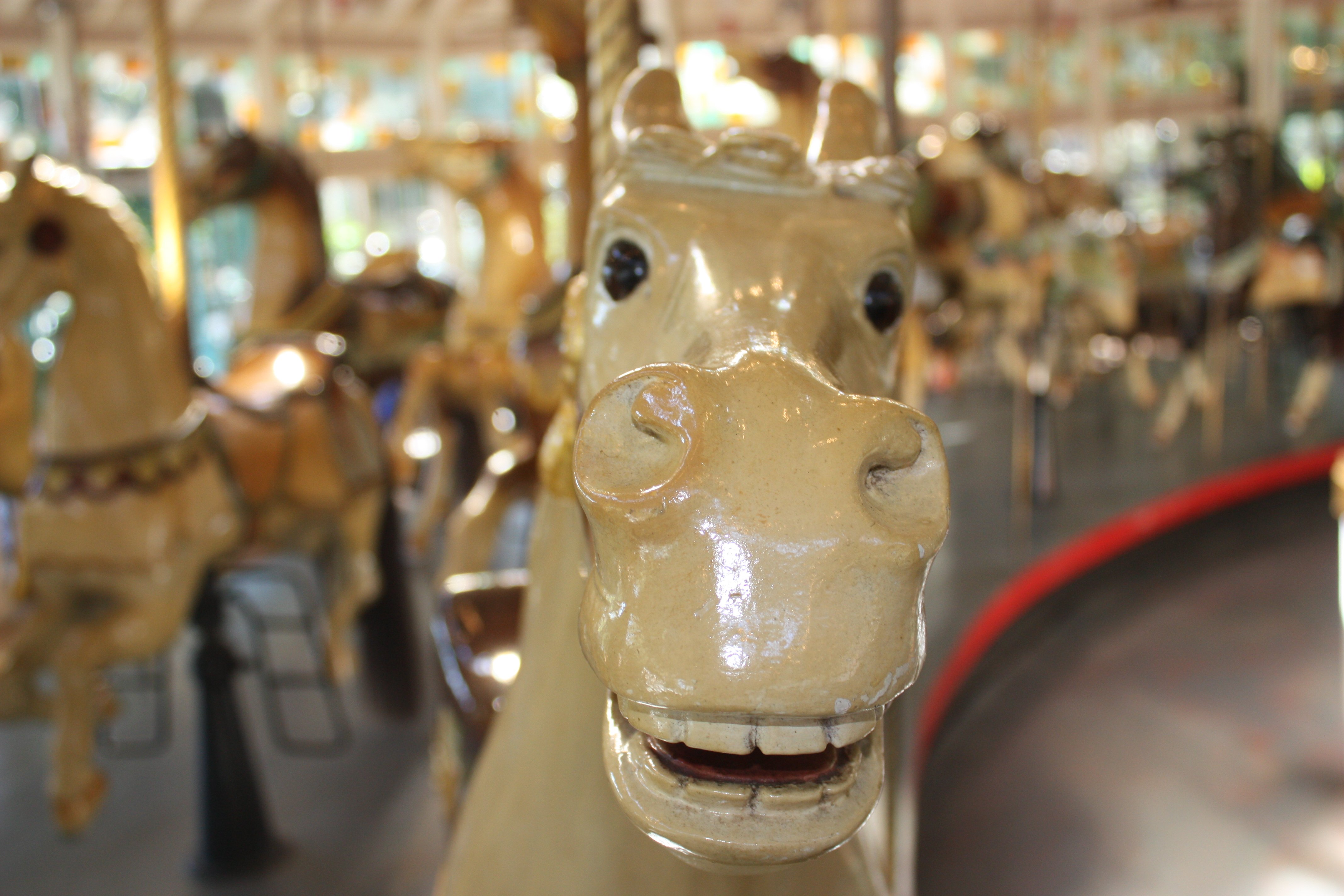 This seasonal amusement park in New Orleans is perfect for families with younger children. Home to one of the oldest carousels in the U.S., it has a mini roller coaster, Ferris wheel, drop tower, and a miniature train ride around the park for a great kid’s day out!

What started as a family-owned drive-in restaurant is now Maine's most prominent amusement and water park. Enjoy the state's only wooden roller coaster and New England's tallest log-flume ride at Funtown Splashtown. 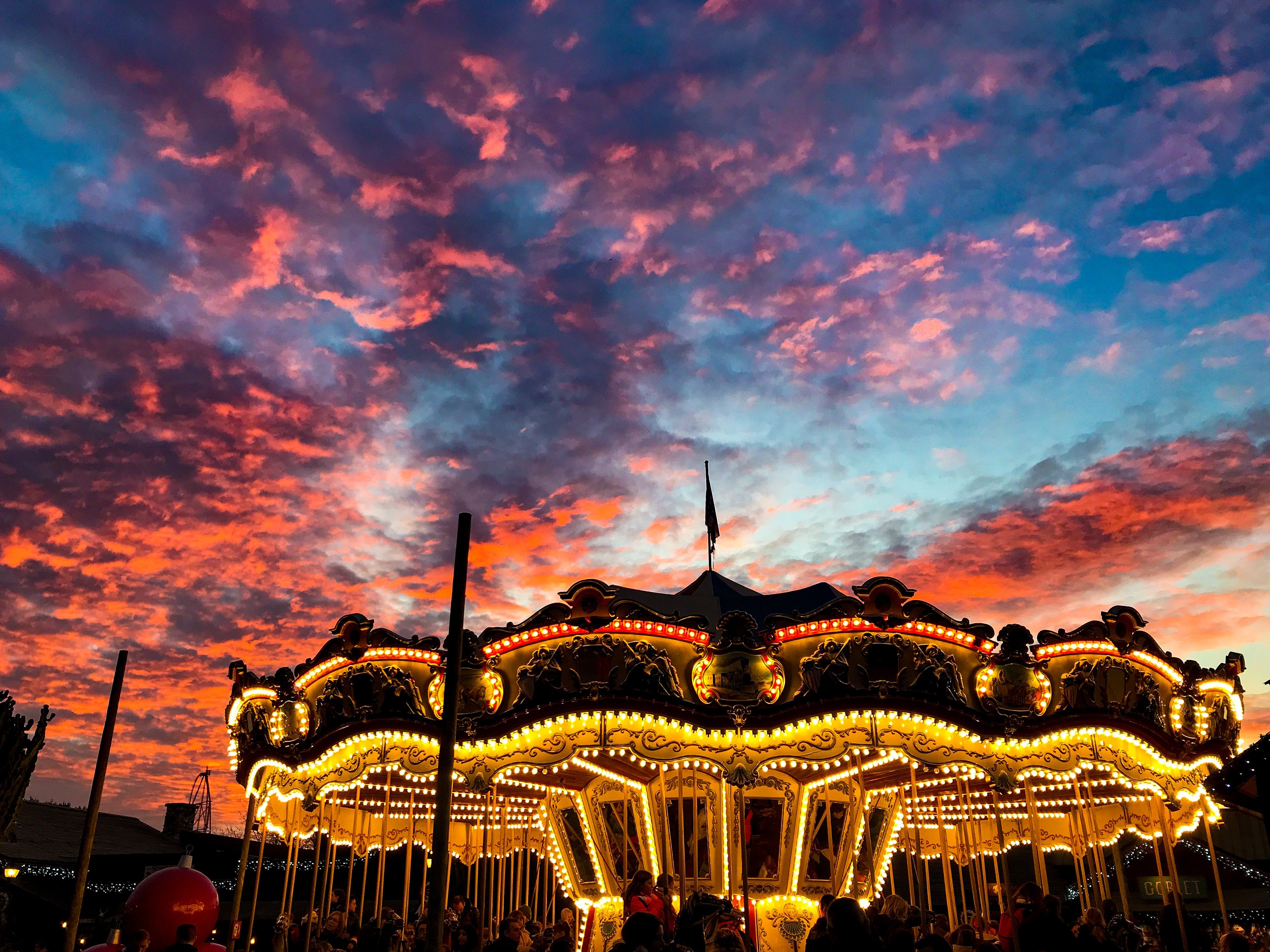 It's no surprise that Edaville is a top-family amusement park with 90 rides and attractions from beloved children’s shows. Kids will enjoy Thomas Land, where Sodor comes to life, or Dino Land, with more than 20 animatronic dinosaurs.

The state's most prominent amusement and water park is also a mecca for roller coaster enthusiasts. Thrill-seekers travel to Michigan to ride Shivering Timbers, one of the world's best, longest, and fastest roller coasters. 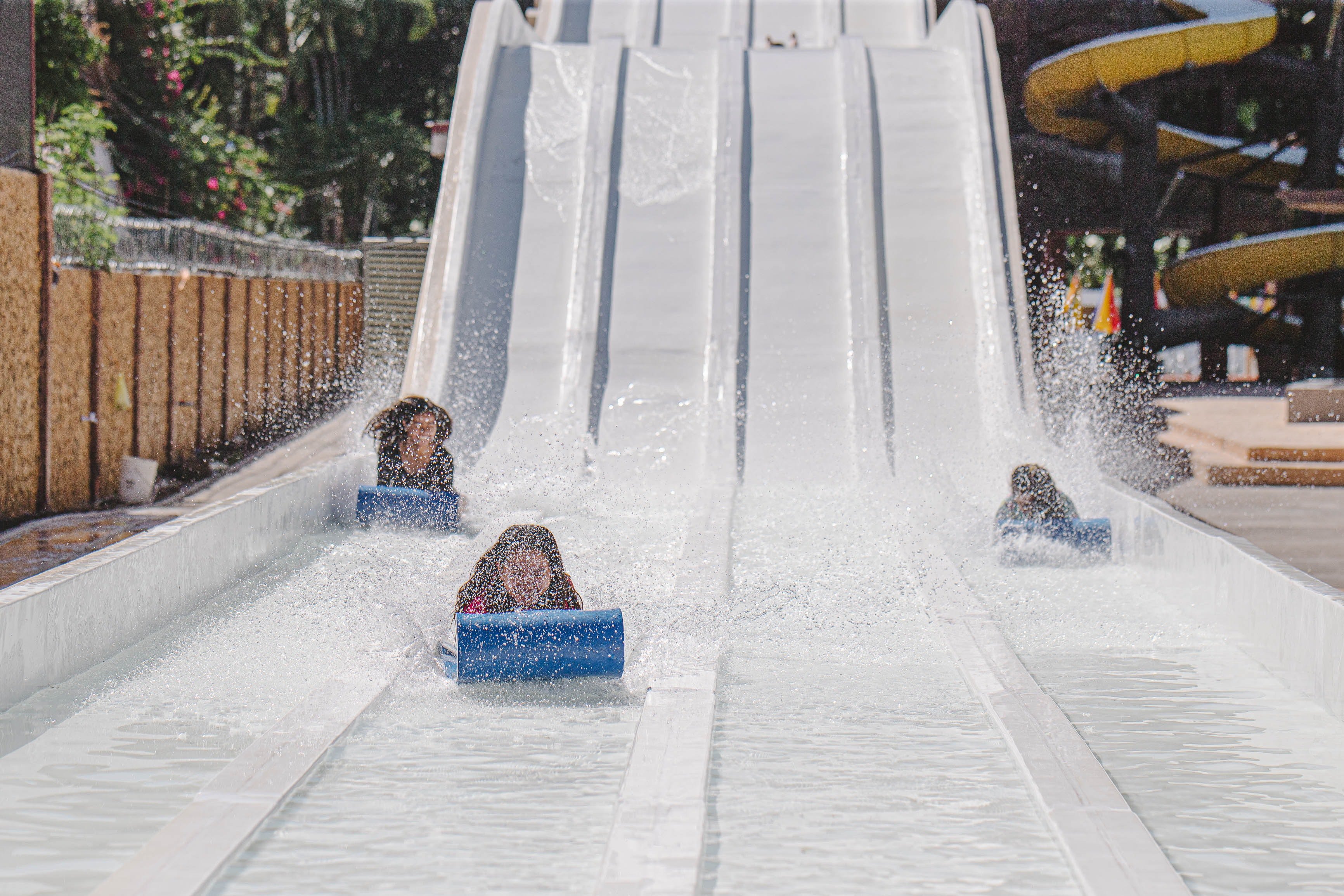 With 23 acres of waterslides, a wave pool, a lazy river, and 8 acres of white sandy beaches, it's no surprise that Geyser Falls is rated the top amusement park in Mississippi. It's fun for the whole family with rides and attractions for children, teens, and adults. 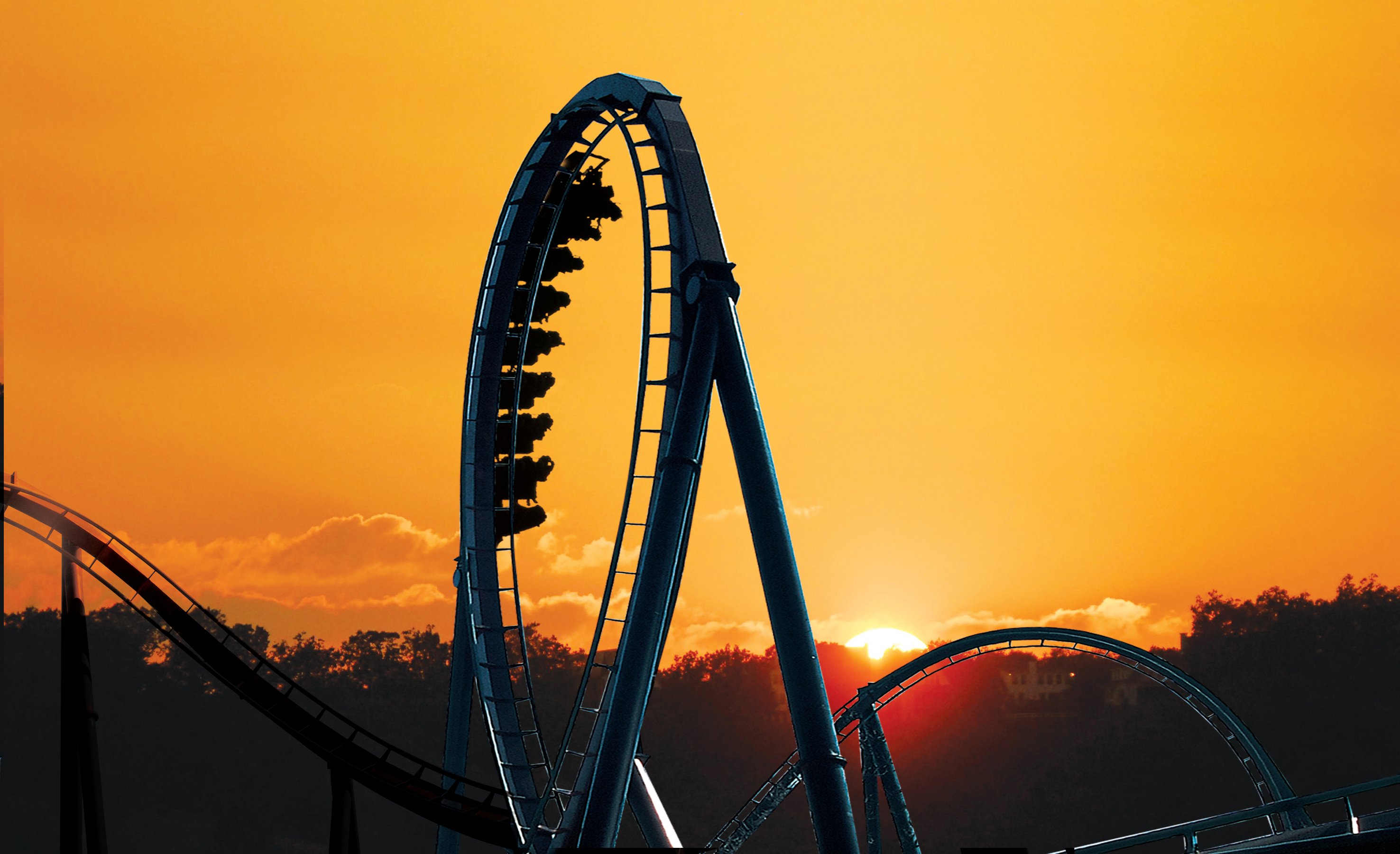 Rated one of the top things to do in Branson, Silver Dollar City has been thrilling visitors for over 50 years. This 1880’s style theme park offers six festivals, 30 rides, 40 daily live shows, shops, and restaurants. 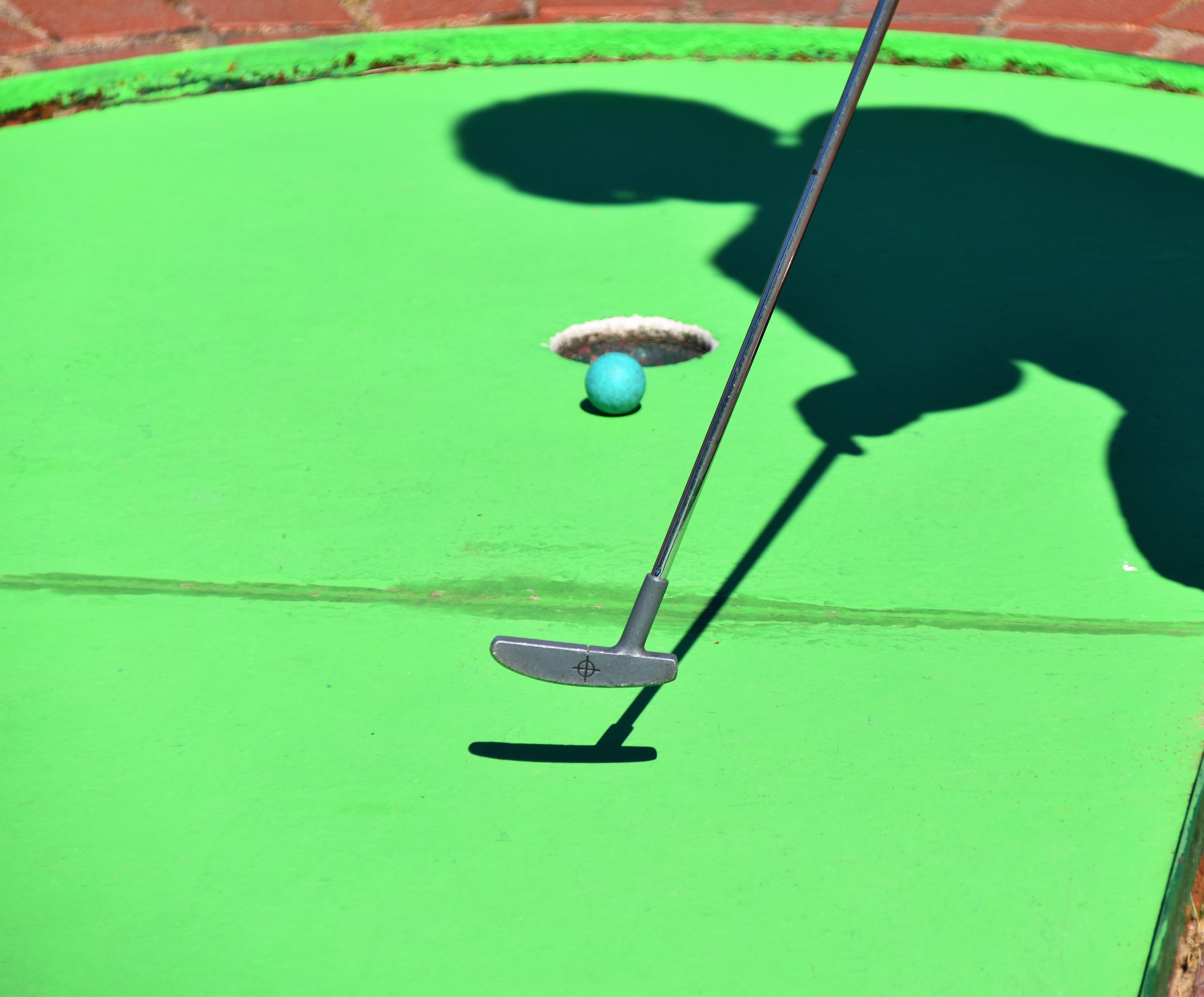 Visitors to nearby Glacier National Park can also enjoy Montana's largest waterpark. Big Sky offers fun for the whole family with ten water slides, a whirlpool, an activity pool for younger ones, plus mini-golf and bumper cars!

For over 40 years, Fun-Plex amusement park has been providing summer fun for kids and adults alike! Located in Omaha, it's the largest waterpark in the state and the only roller coaster in Nebraska. With rides and attractions for all ages plus an adult-only pool and swim-up bar,  there is something for everyone.

Wet‘n’Wild is a fun place to cool down from the desert heat for thrill-seekers and families. Voted the #1 Family Attraction and Best Place to Take The Kids, the park features over 25 water slides, including the zero-gravity Tornado and tight-turning Constrictor, as well as a wave pool, lazy river, an interactive children’s area. 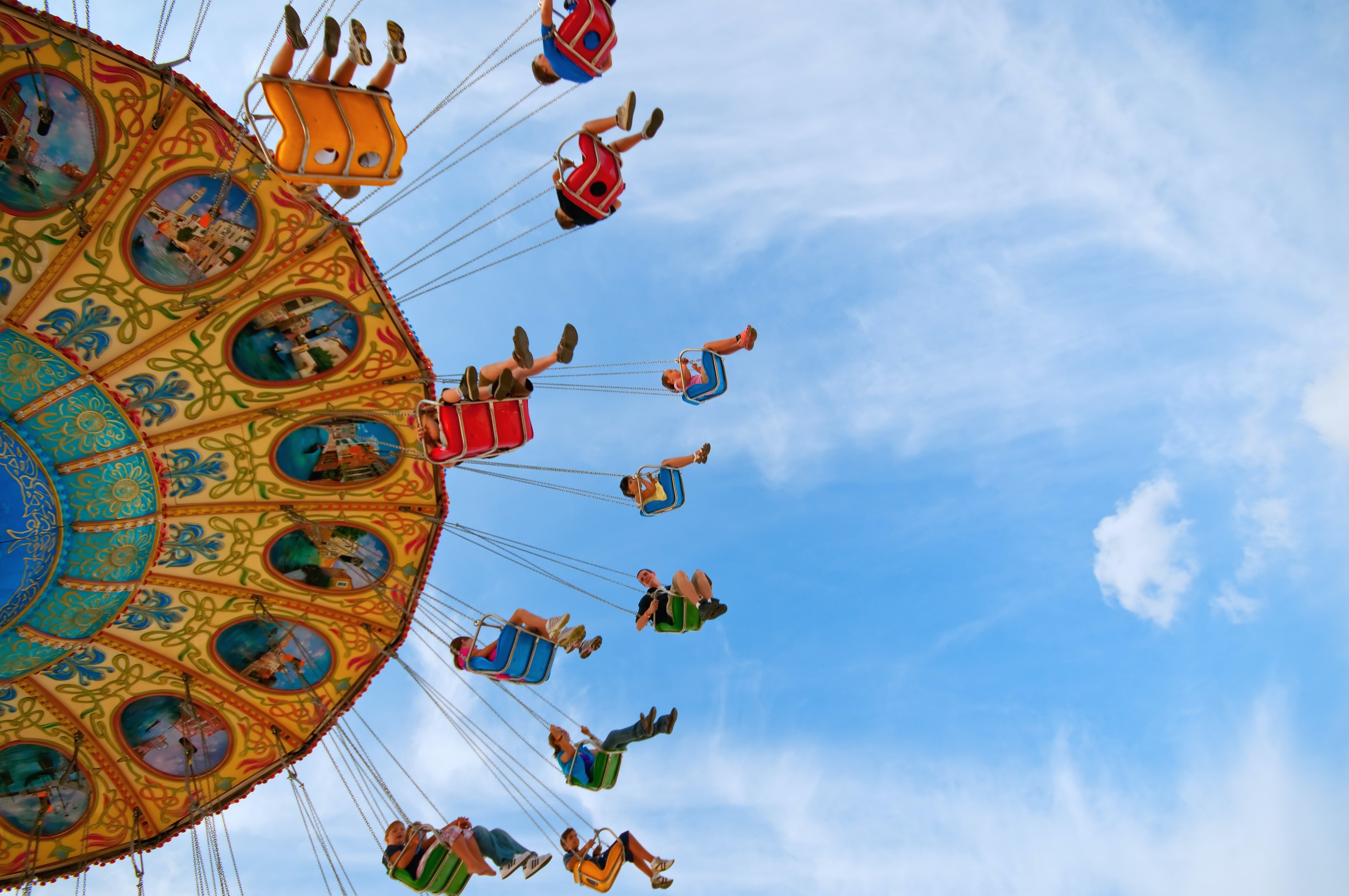 Dedicated to providing affordable family fun for over 70 years, Land of Make Believe offers 35 rides and attractions perfect for kids 13 and under. The best amusement park in the northern part of the state provides free parking and welcomes guests to enjoy packed lunches in one of their numerous picnic areas. 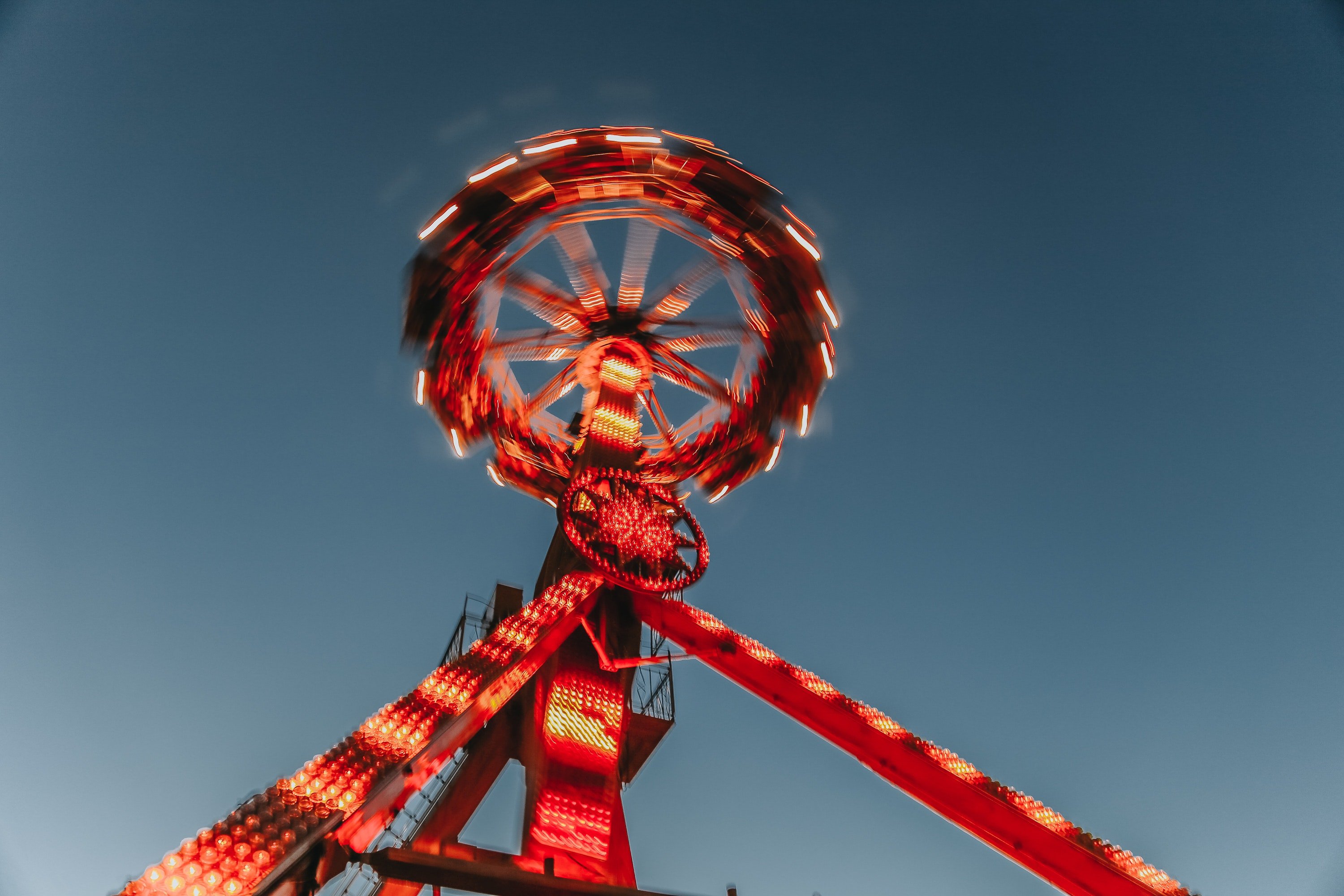 Featuring 50 rides and attractions, Cliff's offers thrilling family fun outside Albuquerque. It has the only wooden hybrid roller coaster in the state, appropriately named the New Mexico Rattler. 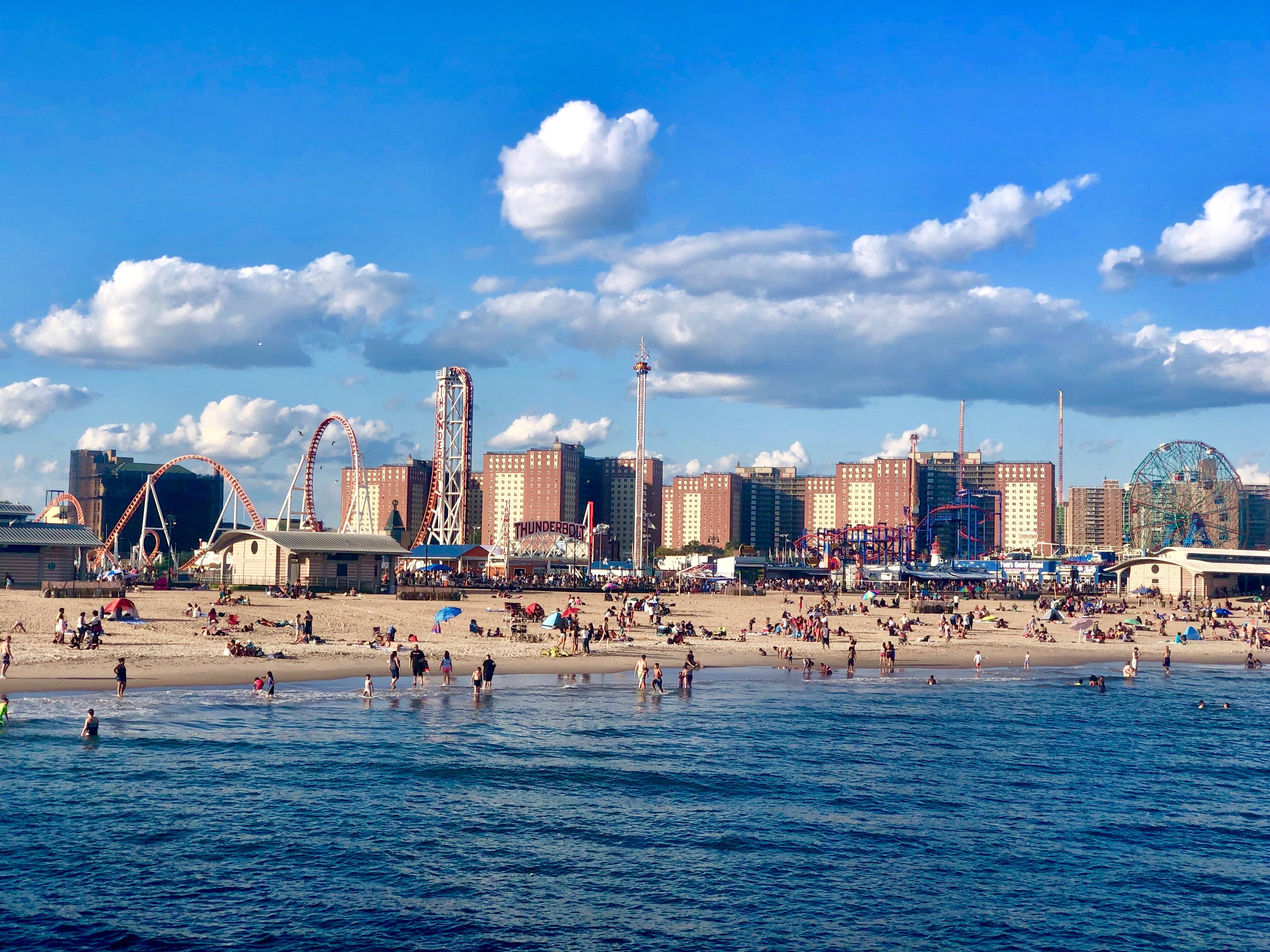 A visit to New York City isn't complete without a trip to Brooklyn's classic seaside amusements. Home to infamous rides like the Cyclone Roller Coaster and Wonder Wheel, grab a hot dog from the original Nathan's Famous before your one-hour subway ride back to Manhattan. 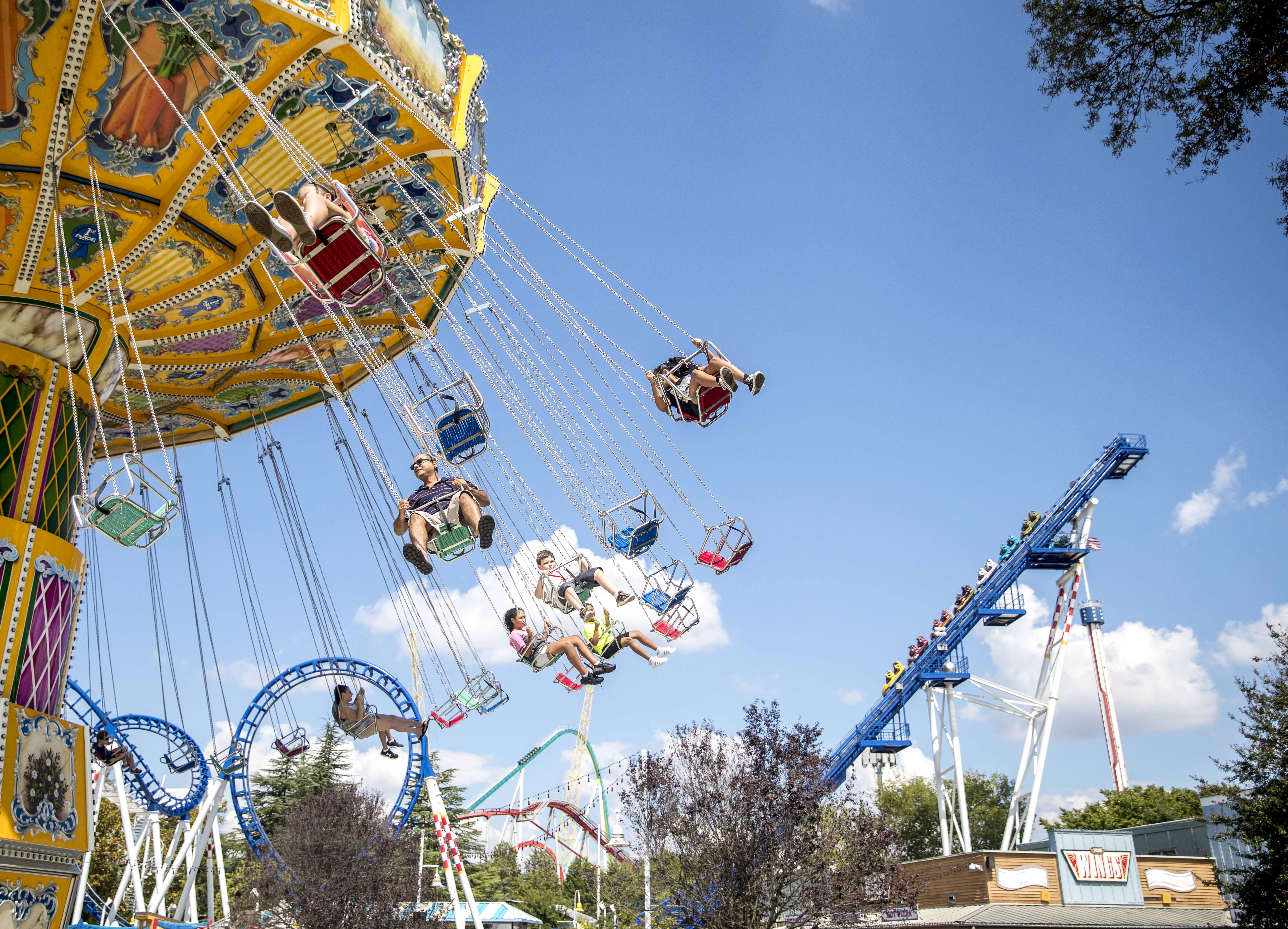 For over 45 years, Carowinds has been where the Carolinas come for thrilling fun! Choose from over 60 rides, the state's best water park, live shows, and the longest mat racing slide in the Southeast. Younger kids will love Camp Snoopy’s rides and the family-friendly special events.

Serving up thrills since 1967, this Bismark amusement park offers rides, mini-golf, batting cages, go-carts, games, and its namesake Super Slide. Family-owned and family-focused, they offer fun for all ages. 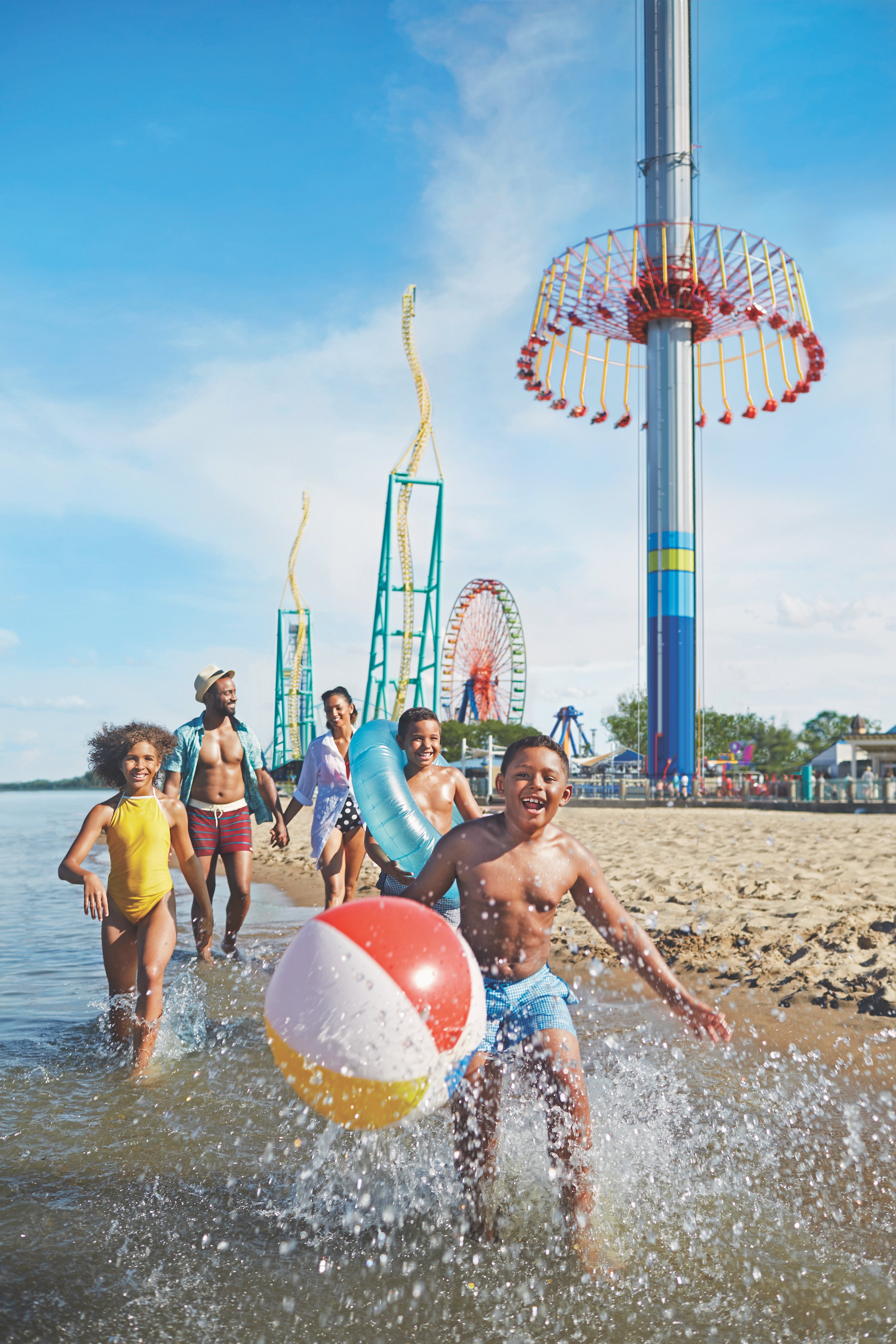 Frontier City Theme Park is Oklahoma's largest, with more than 30 rides, shows, and attractions. This western-themed amusement park has rides for everyone, from classics for small kids to extreme thrills on some of the country's fastest and tallest roller coasters.

Initially created by Milton S. Hershey as a leisure spot for Hershey's Chocolate Factory workers, Hersheypark now offers 144 acres of thrilling rides and adventures. One hundred fifteen years later, this sweet spot has grown into an amusement park, water park, and zoo all in one!

In the heart of Myrtle Beach, Family Kingdom amusement park is one of the few free-admission parks in America. For over 35 years, families have enjoyed 13 acres of oceanside fun, 37 rides, and attractions, including the iconic Ferris Wheel and the state’s last wooden roller coaster.

Voted the Top Fun Spot in Sioux Falls, Wild Water West is the largest waterpark in South Dakota. For over 30 years, visitors and residents have enjoyed the water slides, lazy river, go-karts, mini-golf, and batting cages.

Known for its down-home charm and owner, Dolly Parton, Dollywood is ranked as one of the world's best theme parks. With more than 50 rides, waterslides, shows, and restaurants across 160 acres in the Great Smoky Mountains, it might be the friendliest amusement park you have ever visited.

Initially named and designed after the six countries whose flags historically flew over Texas, the park expanded over 60 years to ten themed sections. Offers pint-sized fun in Bugs Bunny Boomtown, DC Comics thrills on The Ride in Gotham City, The Riddler's Revenge, and Harley Quinn Spinsanity, as well as the world’s largest loop coaster El Diablo.

This small family amusement park has welcomed over a million families since opening 63 years ago. Santa Land allows kids of all ages to visit with Santa and experience the magic of Christmas.

Northern Virginia's beloved amusement park has more than 60 rides, waterslides, and attractions. Kings Dominion offers something for everyone, from Planet Snoopy for younger kids to the East Coast's most extensive collection of roller coasters for older thrill-seekers.

The state's largest amusement park features more than 40 rides and waterslides over 70 acres. Located outside Seattle, the park offers classic rides and thrills like the TimberHawk Ride of Prey wooden coaster and the hair-raising triple-tube Pacific Plunge Slide.

Started as a picnic area for intersecting railways over 100 years ago, the state's only amusement park has grown to offer 30 rides for visitors of all ages. Featuring the iconic Big Dipper, a classic all-wooden roller coaster, it's one of the last remaining National Amusements rides.

Right in the middle of the waterpark capital of the world is Wilderness Resort, America's largest waterpark. This Wisconsin Dells mega-resort offers eight waterparks, a dozen attractions, three arcades, and an 18-hole golf course over a mind-boggling 800 acres.

Wyoming has no large amusement parks but offers Teton Mountain views and summer thrills in famous Jackson. The brand new Cowboy Coaster climbs 456 vertical feet up Snow King Mountain and then sends you down over a mile of turns, loops, and drops among beautiful Wyoming wildflowers.

How To Save Money Fast – 26 Easy Tips