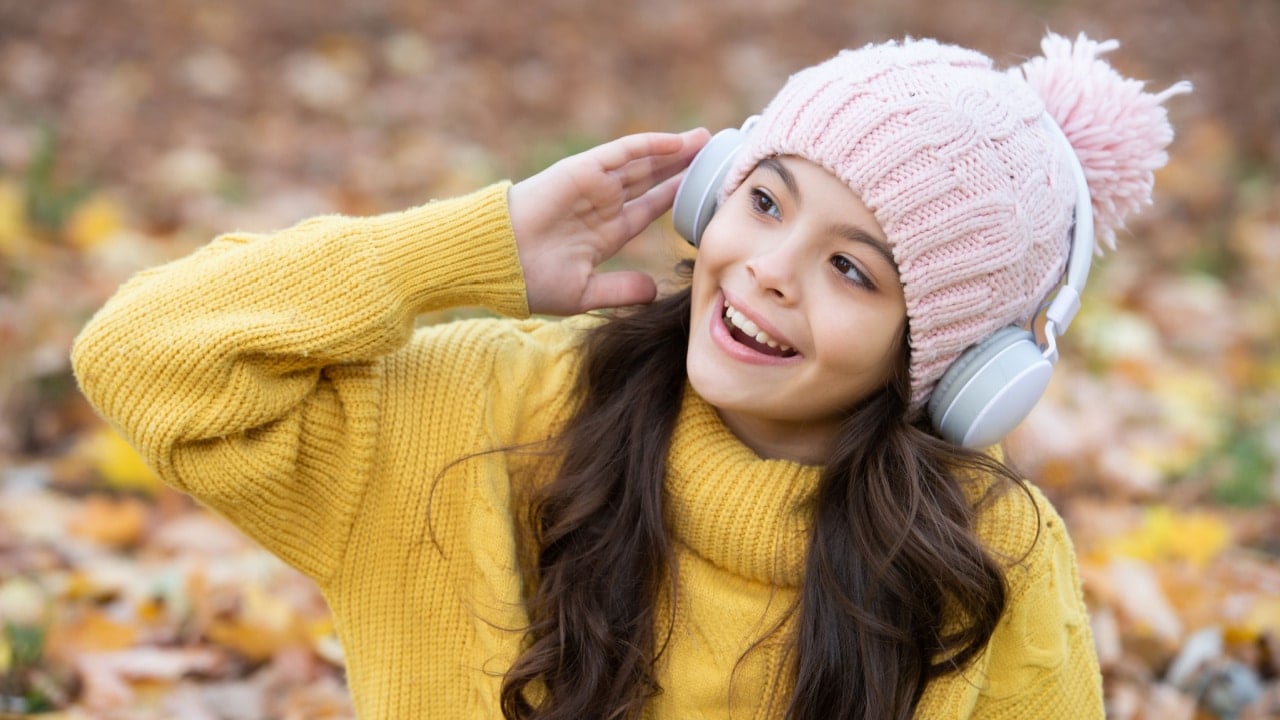 When you hear the term “Native American music”, you may well think of indigenous folk performances. And there are may native people who have recorded in traditional styles. But Native Americans have also contributed to virtually every style and genre of American music.

Country, blues, rock, and hip hop would be unimaginable without native performers. On the week before the United States celebrates Thanksgiving, it seemed like a good time to list some of the most important Native American performers of the recorded music era.

The musicians are listed in roughly chronological order.

Delta blues giant Charley Patton’s parentage is not certain, but it’s generally agreed that he had either Cherokee or Choctaw ancestry. His harsh vocals and percussive acoustic guitar playing inspired generations of blues musicians, from Son House and Robert Johnson to Howlin’ Wolf and John Lee Hooker. His song “Down the Dirt Road Blues” includes the line “I been to the Nation, Lord, but I couldn’t stay there.” Native people of African-American descent like Patton tried for years to gain recognition from the Cherokee nation but were often turned away.

Jazz singer Mildred Bailey was born and raised on the Coeur d’Alene Reservation in Idaho; her mother was an enrolled member. She went on to become one of the great jazz and blues singers of her day, performing with Bing Crosby, the Dorsey Brothers. She also sang with her husband, vibraphonist and bandleader Red Norvo, on hits like the 1937 “I’ve Got My Love to Keep Me Warm.”

Billie Holiday once said that “Kay Starr was the only white woman that could sing the blues.” But Starr wasn’t really white. Her father was Iroquois, and Starr herself was born on a reservation in Oklahoma. Starr could also sing more than blues; her repertoire included jazz, pop, country, rockabilly, and more. Her duets with country star Tennessee Ernie Ford are especially wonderful.

Hank Williams was born in Alabama to parents of Muskogee Creek and Tsalagi (Cherokee) ancestry. He went on to transform the country genre with his poetic lyrics and hiccupping, yodeling delivery. Songs like “Your Cheatin Heart,” “Cold, Cold Heart,” and “I’m So Lonesome I Could Cry” are still standards.

Chuck Berry was born in St. Louis to an African-American and Native American family. He grew up with a love of country, gospel, and blues, all of which went into his pioneering rock and roll style. His signature guitar licks were enthusiastically imitated by the Beatles, the Rolling Stones, the Beach Boys, and everyone else, but few performers could match the hip wit of his laugh-out-loud lyrics. Also, he invented the word, “motovatin’.”

Buffy Sainte Marie was born to Cree parents on the Piapot 75 reservation in Saskatchewan. Per the racist government policy of the time, she was taken from her birth parents and given to a white Massachusetts couple of Mi'kmaq heritage. Saint Marie taught herself to play piano and guitar and became a leader of the 60s singer/songwriter folk movement. Her songs often engaged political and social issues; “Universal Soldier” is an anti-war song, and “Now That’s the Buffalo’s Gone” is a protest against the treatment of native peoples.

Jimi Hendrix, whose grandmother was Cherokee, took the blues and turned up the amplification until it warped into psychedelic bliss. He’s the most celebrated rock guitarist of all time, and for good reason.

Guitarist and songwriter Robbie Robertson mother , was Cayuga and Mohawk; she was raised on the Six Nations reservation in Ontario. Robertson is best known for his work with the rock band The Band in the 60s and 70s, but he explored his native heritage more fully in his solo career. His 1994 album with Red Road Ensemble, Music for the Native Americans, focuses on indigenous history in songs like “Ghost Dance” and “Skinwalker.”

Bassist Patrick and guitarist Candido “Lolly” Vasquez-Vegas, California musical brothers of Yaqui, Shoshone, and Mexican ancestry, formed Redbone in 1969. They had a number of medium sized sweaty rock hits, including “Come and Get Your Love.” All the members of the band had indigenous heritage. They occasionally addressed this directly. For example, “We Were All Wounded At Wounded Knee” is a song about an 1890 massacre of 300 Lakota people in South Dakota by the U.S. 7th Cavalry.

Jacksonville, Florida Southern rock and boogie band Blackfoot had a number of hits in the late 70s and early 80s including “Highway Song” and “Train, Train.” They took their name from the fact that most of the band members were of native heritage. Drummer Jackson Spires had Cheyenne and Cherokee ancestry, guitarist Rickey Medlocke’s parents were of Lakota Sioux, Blackfoot, Creek and Cherokee heritage, and bassist Greg “Two Wolf” Walker’s family was part Eastern (Muskogee) Creek.

Native American flutist R. Carlos Nakai was born in Flagstaff, Arizona of Ute and Navajo ancestry. Originally a trumpet player, he is largely self-taught on the cedar flute and the eagle bone whistle. Nakai writes his own compositions based on traditional flute and vocal melodies, often incorporating improvisation and instruments like synthesizers

Singer and composer Joanne Shenadoah was a citizen of the Oneida Indian Nation, Wolf Clan, in New York. She played guitar, piano, flute, and cello, and she recorded songs in English, Mohawk, and Iroquois languages. Like R. Carlos Nakai, she often used traditional melodies as the basis of new compositions. Songs such as “Dancing on Mother Earth” and “I May Want a Man” focused on nature, Iroquois culture, and women’s perspectives.

The lead rapper of pioneering hip hop group the Furious Five, Melle Mel was half-Cherokee. He may have been the first rapper to refer to himself as an MC, and he wrote the lyrics and rapped on such legendary hits as “Pump It Up,” “The Message” and the anti-drug anthem “White Lines (Don’t Do It).”

Chuck Billy is the longtime lead singer of Testament, one of the pioneering 80s California thrash metal bands. His mother was Mexican and his father was Pomo, an indigenous people of Northern California. Billy has written a number of songs honoring his native heritage, including 1994’s “Trail of Tears” and 1999’s “Allegiance.”

Originally A Tribe Called Red, the Halluci Nation is a Canadian electronic music group that combines dubstep and heavy dance elements with Native American chanting and drumming. Though there have been lineup changes over the years, the current members are Tim “2oolman” Hill, a Mohawk of the Six Nations of the Grand River, and Ehren “Bear Witness,” Thomas, of the Cayuga First Nation. Halluci Nation’s style is sometimes referred to as “powwow-step”, echoing the title of one of their first singles from 2012, the ecstatic, throbbing “Electric Pow Wow Drum.”

Brother/sister duo Clayson (drums) and Jeneda Benally (bass) from Flagstaff, Arizona formed punk band Sihasin in 2012. The name Sihasin means “hope” in Diné and songs like “We The People” are inspirational celebrations of Diné culture and music.

Testify, led by frontman Darius Yazzie, is part of the largely underground Rez metal scene. The bands are centered in the southwest, and often play in nonconventional venues on the reservation, including parking lots. Testify is based in Thoreau, New Mexico, on the eastern edge of the Navajo nation. In songs like “Code of Honor,” Yazzis sings about Native American history and the current challenges and discrimination facing the community.

Born Christan Parrish Takes the Gun, and raised in Montana, Supaman, is an Apsáalooke rapper. He’s become famous in part for his dazzling videos, like “Why” and “Prayer Loop Song,” in which he appears in Native dress and highlights his skills not just as a rapper, but as a dancer, DJ, instrumentalist, and beatboxer.

This barely scratches the surface of Native American music. In particular, I’ve focused on artists from the area that is now the United States and Canada, rather than trying to include a sample of the huge number of indigenous Latin American performers. Hopefully though, this Thanksgiving list gives a sense of the huge ongoing debt contemporary music owes to indigenous people, as well as showcasing the ongoing vitality and innovation of native performers.

Scariest Movies to Stream on Amazon Prime Video You Must-Watch