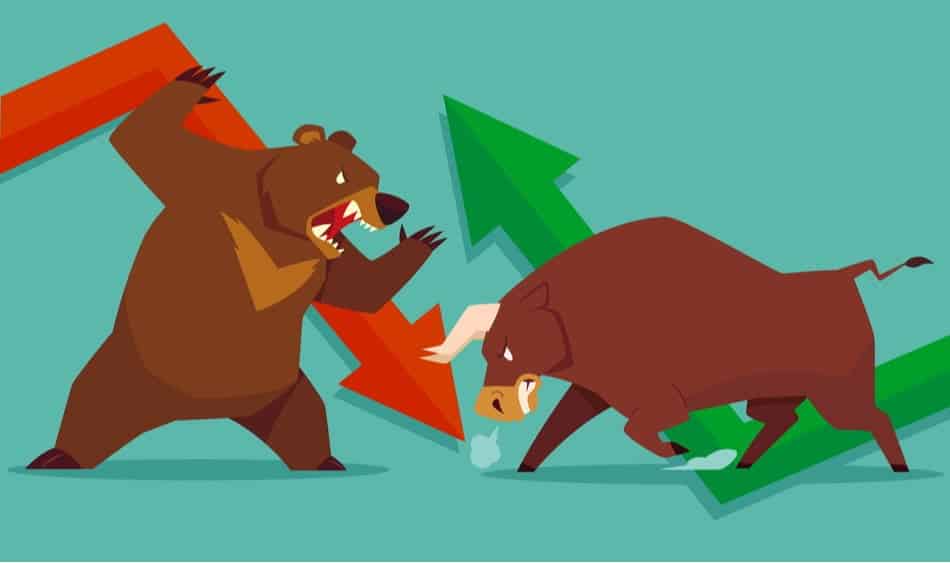 If you’re old enough, you’ll remember a time not so long ago when interest rates were five percent or more. Savers benefited, but borrowers often had to pay massive interest charges.

Today, though, things are completely different. People with savings accounts aren’t doing so well. But borrowers are having a ball. There’s so much credit around; consumers are literally swimming in it.

Interest rates are low today for a variety of reasons. Part of it has to do with the sheer abundance of capital. Over the last decade, central banks created vast sums of money out of nothing and pumped it into financial institutions, propping them up. There’s also the fact that there have been big changes in the labor market. With more cheap labor coming online in Asia, demand for labor-saving capital has gone down. And that means there are fewer large buyers of capital.

A lot of commentators believe that interest rates will inevitably have to go back up. And when that happens, governments that have borrowed a lot of money will find it hard to make repayments.

But relatively few economists agree. Most expect that low-interest rates will continue for a long time yet because of global economic changes. Rates will only go up when cheap labor comes to an end – and that process could take decades.

So the question for a financially savvy person like you is how to take advantage of low-interest rates today and include them in your financial plan.

Opt for a Fixed-rate Mortgage

In the past, borrowers would take out variable-rate mortgages to save money on loan repayments. Lenders would offer cheaper rates if borrowers agreed that they could vary over the term of the mortgage.

But with interest rates being so low already, the benefits of a variable rate mortgage aren’t what they used to be. And many are now opting for fixed-rate versions instead.

The variety of fixed-rate products on the market is quite extraordinary these days. Ten years ago, most fixed-rate mortgages were either for two or five years. After the initial term, the borrower would have to negotiate a new deal with the lender, setting out the next two or five years.

But because of today’s crazy interest rate situation, many banks believe we’re in for a long haul and that rates probably won’t rise for a decade or more. And that’s why they’re now offering ten-year fixed mortgages – an unprecedented move for the industry.

As a borrower, these deals provide you with certainty. Once you’re in a contract like this, your mortgage repayments won’t change over the term. Add to this that the rates themselves will be low because the base rate is so low, and you can massively improve your financial position.

In the past, converting your assets into cash was costly. You could borrow against them, but you had to pay high-interest rates.

Now, though, that’s not true. You can refinance your car to get cash now and only pay a small amount in interest every month.

There are all sorts of reasons you might want to refinance a car loan. Perhaps you need to fit a new kitchen or want to go on holiday.

Car loans are great because they offer the lender collateral. If you can’t pay back the loan, they can repossess your car. It sounds like a bad thing, but it ultimately means you wind up paying lower interest rates.

Comparing your loan options using services like Plenti gives you a sense of the kind of rates you should be paying when you borrow. With helpful tools like these, you can see which deals are good and charging you too much money.

Don’t just look at the headline interest rate, either. Investigate the terms of the loan and whether it offers any perks. Some lenders offer payment holidays, cashback, and discounts at third-party vendors – all things that can improve your quality of life.

The interest rate companies charge you depends on the risk that you pose. If you’re high-risk, you’ll need to pay more.

When deciding on the amount of interest you should pay, lenders will consider your credit score – a metric that captures all aspects of your finances. If they see you have a habit of failing to repay loans, they’ll demand that you pay them more to cover their risks.

So, before you borrow any money at all, check your credit report by going to one of the major rating agencies, like Experian or TransUnion. Use their checker tools to bring up your credit history and your overall grade.

Ideally, you want a score over 750 or 800. The higher it is, the more likely you are to qualify for lenders’ best rates. If you’re under 600, you could find it hard to borrow at all. And even if you manage it, you might have to pay extra charges or be unable to borrow as much.

The good news is that you can improve your credit score through simple methods.

One approach is to take out a small loan and then pay it back according to the lender's schedule. They will pass that information onto the credit rating agency, boosting your overall score.

Another approach you can try is to start paying for your groceries on your credit card and then clearing your balance at the end of the month. Again, this will show lenders that you’re “credit-worthy.”

Interest-only mortgages got a bad rap during the financial crisis, but that wasn’t because they were intrinsically bad products. Instead, it was how people were using them – including the banks themselves.

Interest-only mortgages make sense in a lot of situations.

For instance, let's say that you’re a property investor and want to rent out a home to tenants. Taking out a loan where you only pay interest can be a good idea, especially if you expect to make more rental income. Your profits are the difference between the interest payments on the mortgage and the money tenants pass you every month.

In the past, high-interest rates meant that property owners had an incentive to pay the principal on their mortgages. But with rates where they are right now, that’s no longer so important. Many landlords can still make good money with interest-only products.

Use More Of Your Money For Investments

In general, you shouldn’t borrow to invest unless you’re a professional. But given the current interest rate situation, many people are taking a different route. Instead of focusing on their mortgage – a form of borrowing – they’re building their investment portfolio instead.

When you think about it, this approach to building wealth makes a lot of sense. If your mortgage is only costing you one or two percent a year, but stocks are returning ten percent, then your wealth will grow much faster if you avoid building equity in your home – even if the total value of your house is rising.

When low-interest rates hit, the price of precious metals rises. There are all sorts of complicated reasons for this. But the main driver is the risk of inflation. When investors see low-interest rates, they immediately think “money printing.”

While today’s low-interest rates are a global phenomenon, there’s no denying that money creation played a role. Central banks churned out trillions of dollars of new cash after the financial crisis to prop up economies. And that has made a lot of investors worried about inflation.

Massive consumer price inflation hasn’t happened yet. But stocks are up considerably over the last decade, despite mediocre growth. And so that’s leading to more interest in gold, silver, and other precious metals. These investments don’t generate their own income. Instead, they protect your wealth if prices were to rise across the board suddenly.

We’re not saying that massive inflation is coming, but it might if government spending remains as high as it is right now. And that makes a case for precious metals better.

Lastly, it’s worth talking about the value of investing in stocks – regardless of whether inflation and interest rates remain low.

Stocks are just shares of companies’ future profits – the money leftover after they meet all their expenses. As such, they don’t care what happens to either interest rates or inflation. If prices in the general economy go up, firms can raise their prices to preserve prices. And that means that money printing can’t eat away at your wealth. The nominal price of stocks will rise to compensate.

Low-interest rates, therefore, aren’t necessarily a bad thing for your finances. You need to understand how to play the game. Borrowing is cheap, but there are still plenty of investment opportunities that can yield high real returns as well.

Curious What To Do When You’re Bored? Here Are 18 Things To Try