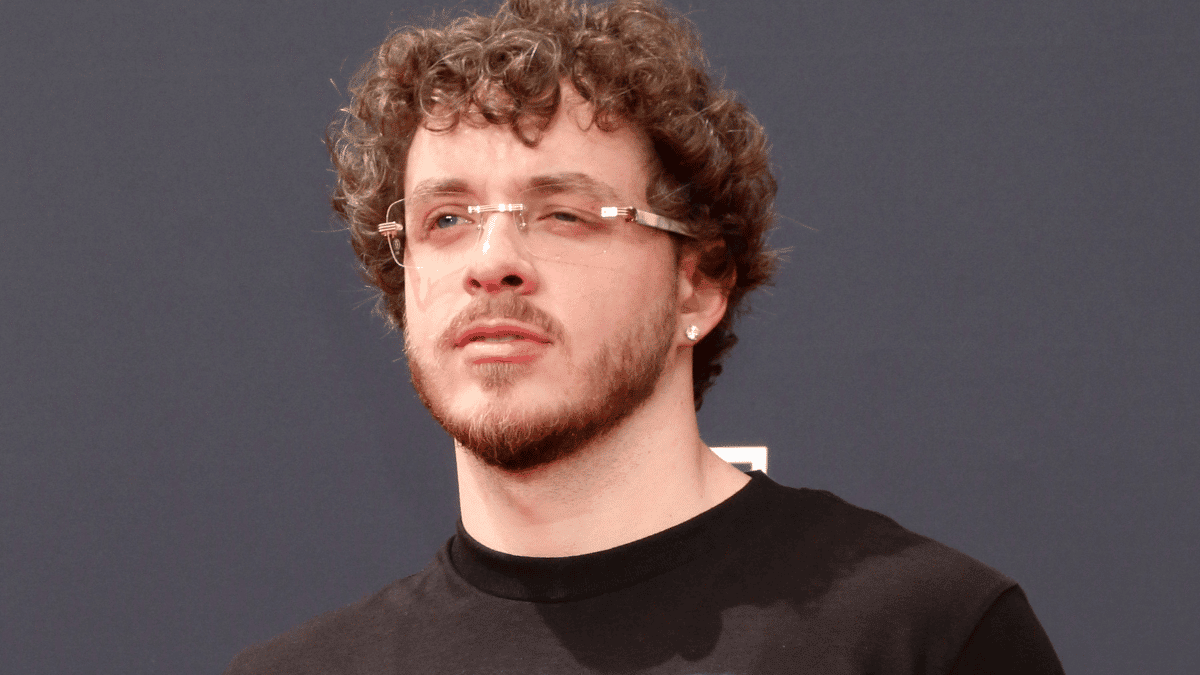 While not quite yet a household name, Jack Harlow has managed to amass an impressive net worth.

Jack Harlow is an American rapper whose big breakthrough in the music world came in 2020. He's still making his way in the business but has already enjoyed remarkable success and made a lot of money. This piece will discuss his life, career, and impressive net worth.

Harlow was born in 1998 in Louisville, Kentucky, and given the full name Jackman Thomas Harlow. He was raised on a horse farm near Shelbyville by his mother, Maggie (née Payette), a businesswoman, and his father, Brian.

He has one brother named Clayborn “Clay” Harlow (born in 2000) and is of French and Irish descent.

While he was still a child, Harlow moved from Shelbyville to Louisville with his family.

He began rapping when he was just 12 years old. He used a Guitar Hero microphone and a laptop to record himself rapping and singing along with his friend Copelan. The pair produced a CD entitled Rippin' and Rappin' and sold copies of it at the school they attended, Highland Middle School.

Harlow's parents wanted him to go to college. Still, they supported his music dream and are very proud of his achievements.

While in seventh grade, Harlow purchased a professional microphone for the first time and produced his first mixtape, which he called Extra Credit, using the moniker “Mr. Harlow.”

He formed a collective called “Moose Gang” with his friends. They made two mixtapes – Moose Gang and Music for the Deaf – but neither was released.

In 2015, while he was still in high school, Harlow played sold-out shows at venues like Headliners, Mercury Ballroom, and the Haymarket Whiskey Bar in Louisville. In March of that year, he opened for Vince Staples in the city, and in November, his first commercial album, the EP The Handsome Harlow, was released.

Soon after graduating in June 2016, he released the mixtape 18 – the first released on his label Private Garden. Performances at South by Southwest, Bonnaroo Music Festival, and the Forecastle Festival followed in the subsequent 12 months.

In 2017 Harlow released two singles, “Routine” and “Dark Knight,” the latter of which became the lead single on his mixtape Gazebo. He released Gazebo in November of that year and went on a 14-city tour to promote it.

Harlow opened for indie rock band Portugal. The Man on several of their tour dates in May 2018 and was featured on the Skeme song “Get Sumn” alongside fellow rappers Lil James and Sixteen in June.

After moving to Atlanta, he proved he wasn't workshy by working at a Chick-fil-A fast food restaurant in the Georgia State University cafeteria to supplement his income.

In August 2018, he signed with DJ Drama and Don Cannon's Generation Now record label. He released the video for his “Sundown” single on the same day he signed. The same month, he released the mixtape Loose, his first on a major label. The 2019 BET Hip Hop Awards nominated it for Best Mixtape.

November saw Harlow embark on a month-long tour of North America to promote the mixtape, after which he released a video for the song “PickYourPhoneUp.”

2019 saw him release one more single, “Thru the Night,” and one more mixtape, Confetti.

2020 was the year in which Harlow got his big breakthrough. When he released “What's Poppin” as the lead single from his second EP, Sweet Action, it got prolifically shared on TikTok. In May 2022, it surpassed 135 million views.

In 2020, Harlow released a barrage of other singles, including “Moana” with G-Easy, “Tyler Herro,” and “Way Out,” which featured Big Sean.

In 2020, Harlow released a barrage of other singles, including “Moana” with G-Easy, “Tyler Herro,” and “Way Out,” which featured Big Sean. At the end of the year, he released his first studio album, That's What They All Say.

In March 2021, he appeared as the musical guest on the 46th season of Saturday Night Live, performing alongside Adam Levine, which was arguably his most high-profile television appearance to date.

2021 was also the year in which he released the singles “Already Best Friends,” featuring Chris Brown, “Killer (Remix),” featuring Eminem and Cordae, “Industry Baby” with Lil Nas X, and “SUVs (Black on Black)” with Pooh Shiesty. “Industry Baby” reached number one in a few countries, including the United States.

It's been a big year in 2022 for Harlow, as he's released his second studio album, Come Home the Kids Miss You, and two singles. His first, “Nail Tech,” was a moderate success. Still, the second, “First Class,” became his second number one, hitting the top spot in countries all over the globe – the United States again being one of them.

In February 2022, such was the level of Harlow's fame he played in the annual NBA All-Star game. He was part of the team coached by NBA legend Dominique Wilkins, alongside celebrities like singer Anuel AA, Justin Bibb (the Mayor of Cleveland), and comedian and actor Tiffany Haddish. They went up against a team coached by Bill Walton that featured the likes of rapper Machine Gun Kelly, NFL star Kareem Hunt, and actor Ranveer Singh and lost 65-51.

In March 2022, it became known that Harlow would make his acting debut in a reboot of the 1992 film White Men Can't Jump, which Calmatic will direct. The release date is yet to be confirmed.

Harlow's personal life has generally been kept private. Still, he and fellow rapper Saweetie sent their respective fans crazy after their affectionate red carpet interaction at the BET Awards 2021, which resulted in rumors of a romance.

Harlow was also romantically linked to TikTok star Addison Rae after they were spotted together at a boxing match in Atlanta in April 2021.

However, it's believed that Harlow is a single man at this moment in time.

His grandfather lived near and was friendly with fashion designer Tommy Hilfiger – and that relationship is part of why Harlow is such a big fan of Hilfiger merchandise.

According to Celebrity Net Worth, Jack Harlow has a net worth of around $4 million. That's hugely impressive for a young entertainer who's only been in the business for a couple of years.

With his popularity rising by the day, it's only a matter of time until his net worth is astronomical – and we wish him all the best.

Machine Gun Kelly Has an Astounding Net Worth, but Lives in an Airbnb

Kanye West’s Net Worth Is Simply Beyond Belief